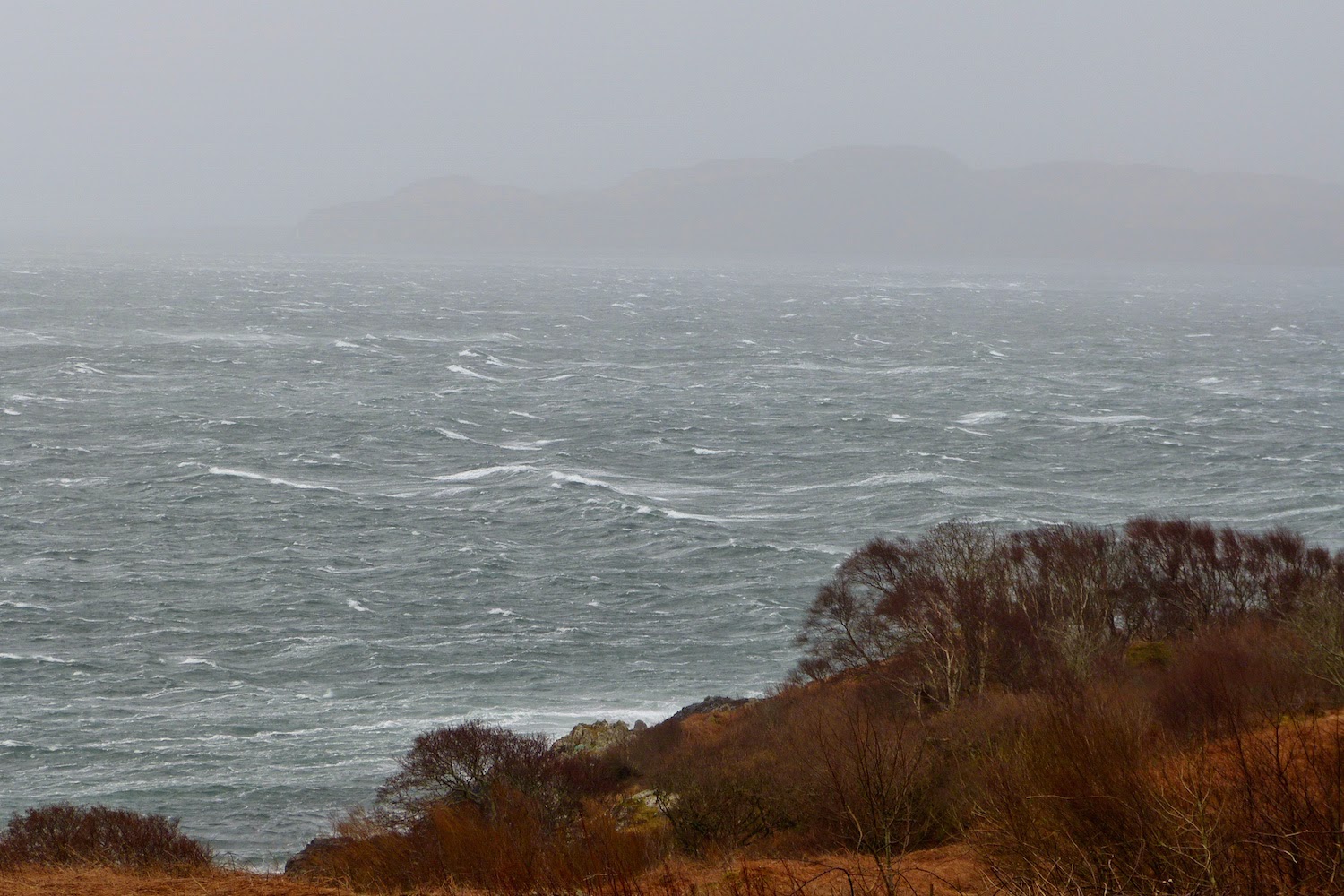 By late yesterday afternoon the wind had moved round into the southwest, had increased to well over gale force, but was blowing straight into the Sound, leaving us in Ormsaigbeg in the lee of hills.  Dominic Cooper, on the north coast, reports a gust of 86mph, and Sue Cheadle at Sanna has a reading of 74mph. 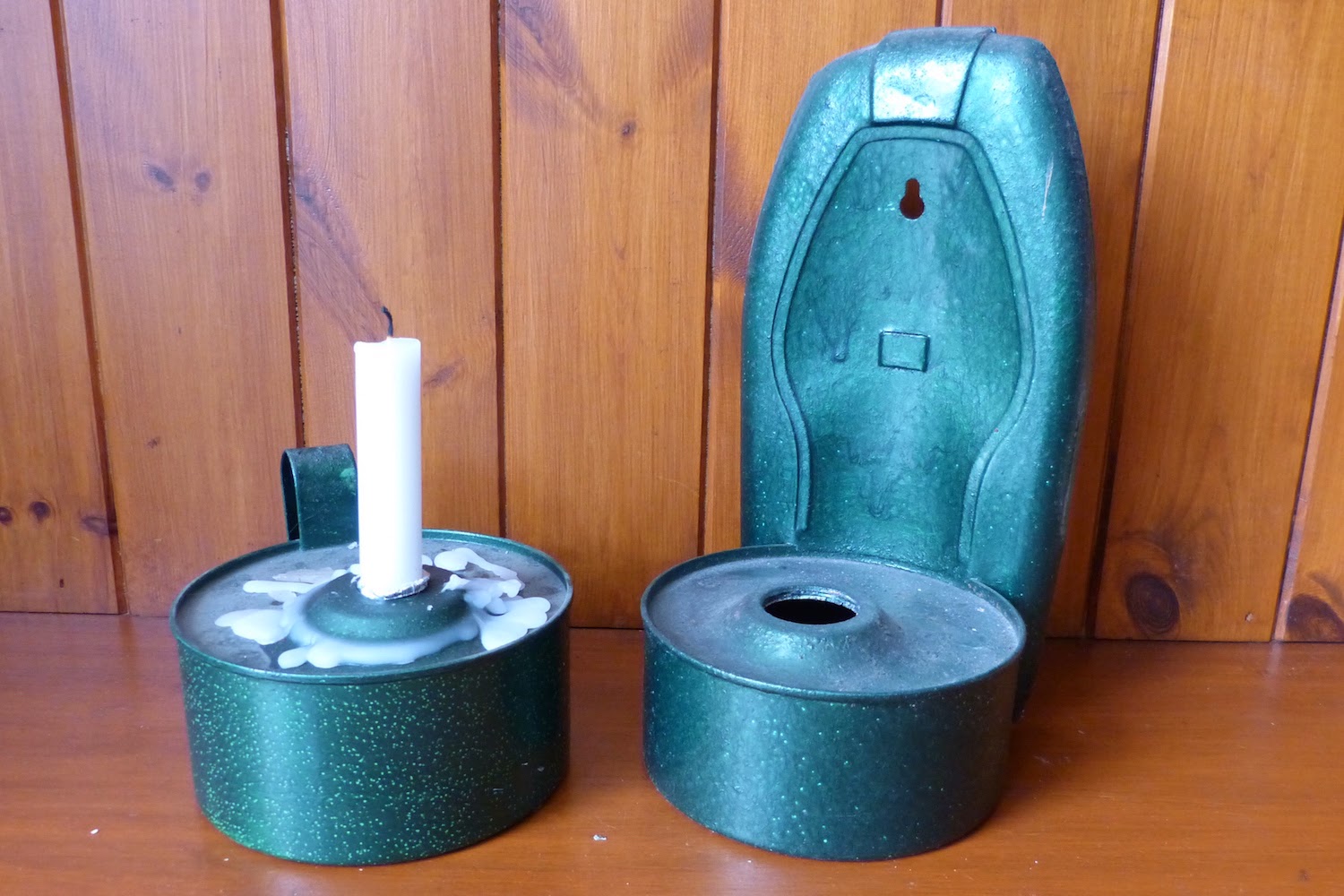 While there has been little damage reported - a few slates and tiles to replace - the power went off twice in the early part of the evening, but each time only for about half an hour.  Scottish and Southern were ready for this gale, and seem to have done an excellent job, leaving only 4,500 homes on the west coast without power this morning.

Our candle-holders date back a few years, being made from some old paraffin lamps we found in a store room at the back of the shop, painted with Hammerite. 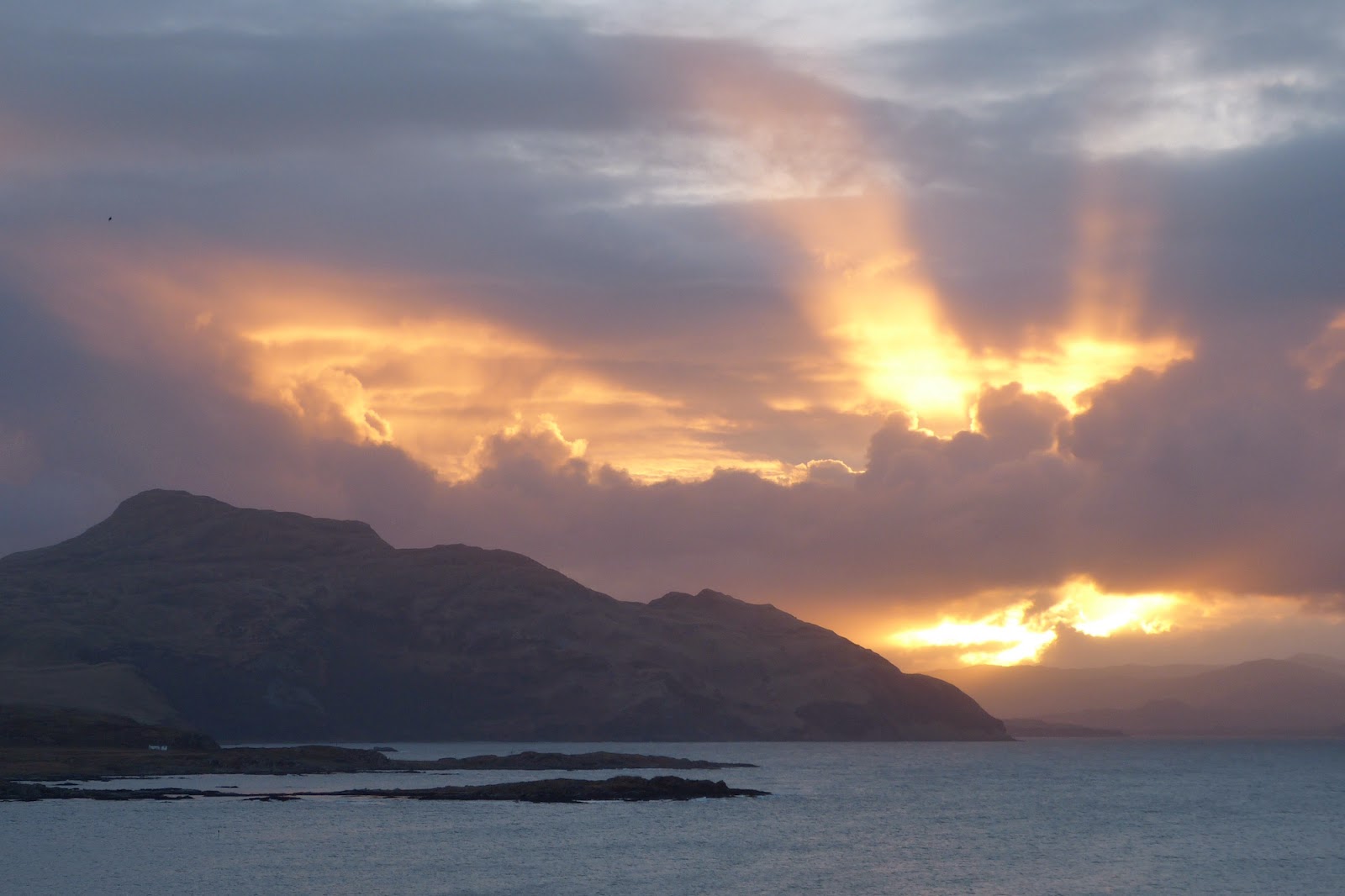 We were woken at 3.30 this morning by a heavy shower of hail, which still lay on the ground when we got up.  By dawn the wind had almost completely dropped, and we even saw something of the sunrise.  This is now just to the right of Maclean's Nose, almost to the east of us, on its journey further north. 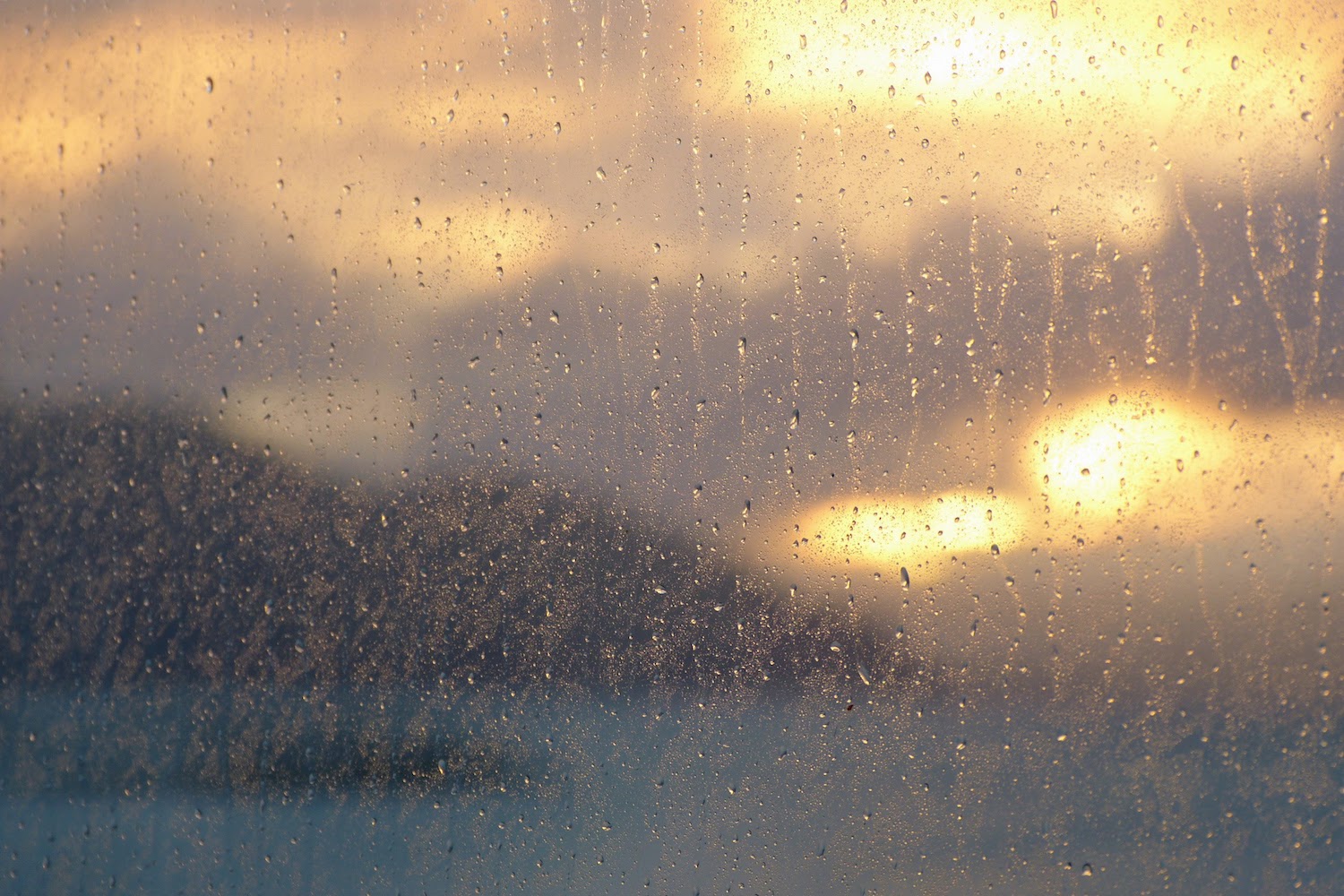 Here is almost the same view taken with the window closed.  What you see isn't rain - the outside of the window was almost dry - but an encrustation of salt deposited yesterday during the storm.  Our house is 30m above sea level, and about 200m back from the shore. 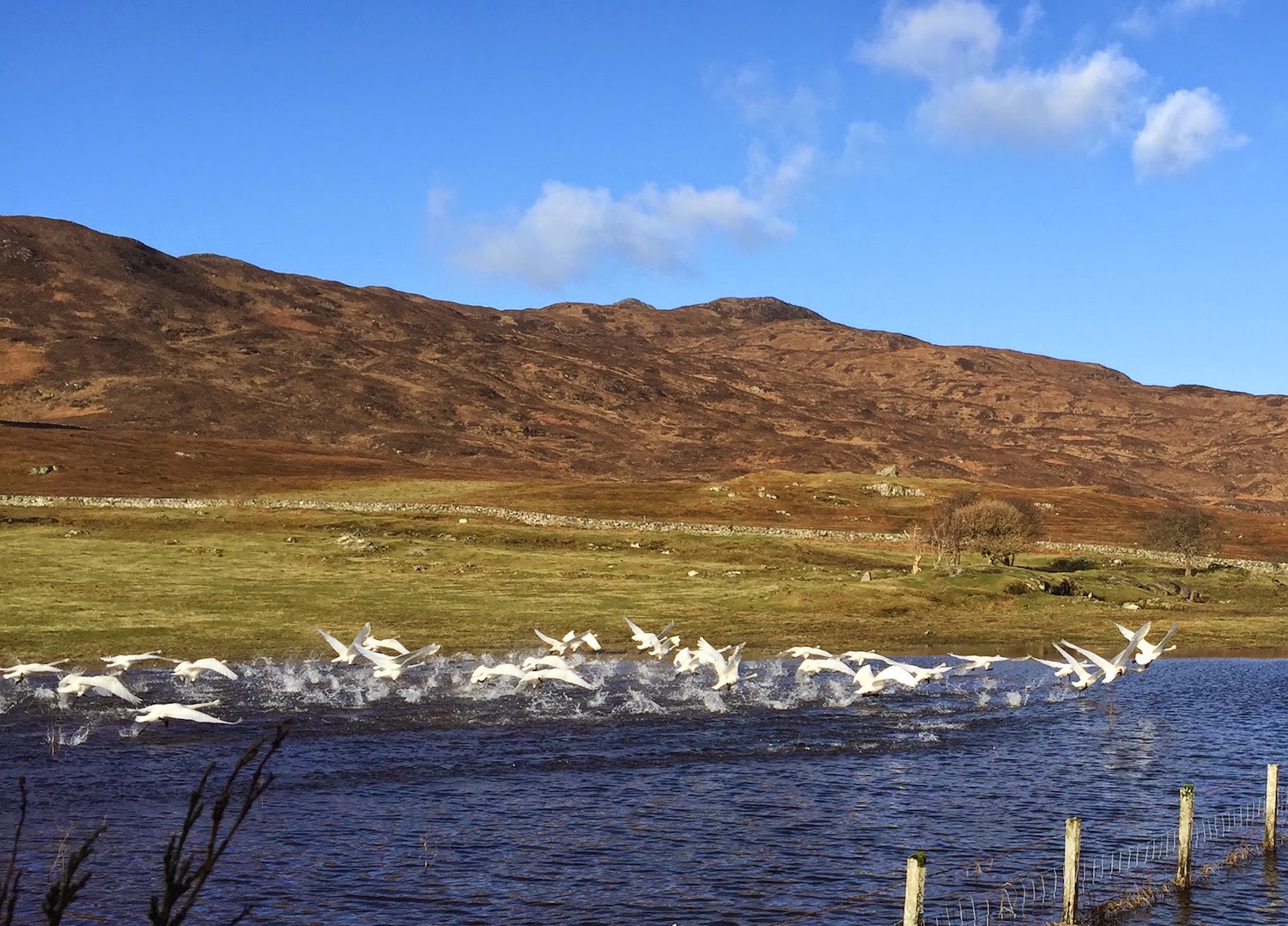 We're now enjoying a beautiful spring morning, with blue skies and only the occasional threat of a shower.  Gael Cameron has sent this picture, taken at the back of her house, of about thirty swans taking off from the shallow lochan that grows after each round of heavy rain. 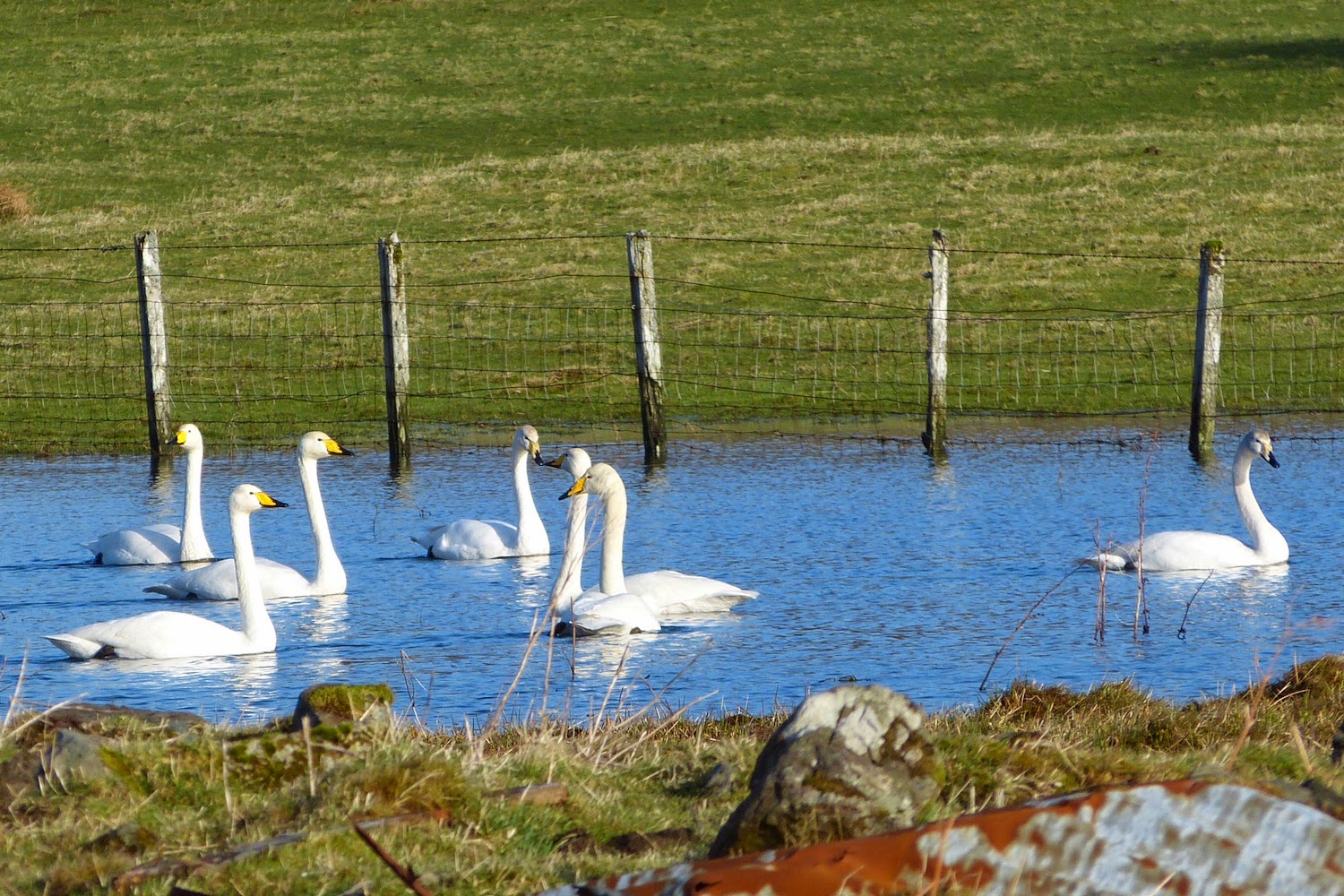 They're whooper swans, so the one we saw yesterday having difficulty landing is probably one of these birds - if he survived. Many thanks to Steve Suttill and Paul Elletson for sending identifications yesterday.  These birds are resting on their way north to Iceland.


Many thanks to Gael for the photograph.
Posted by Jon at 10:46