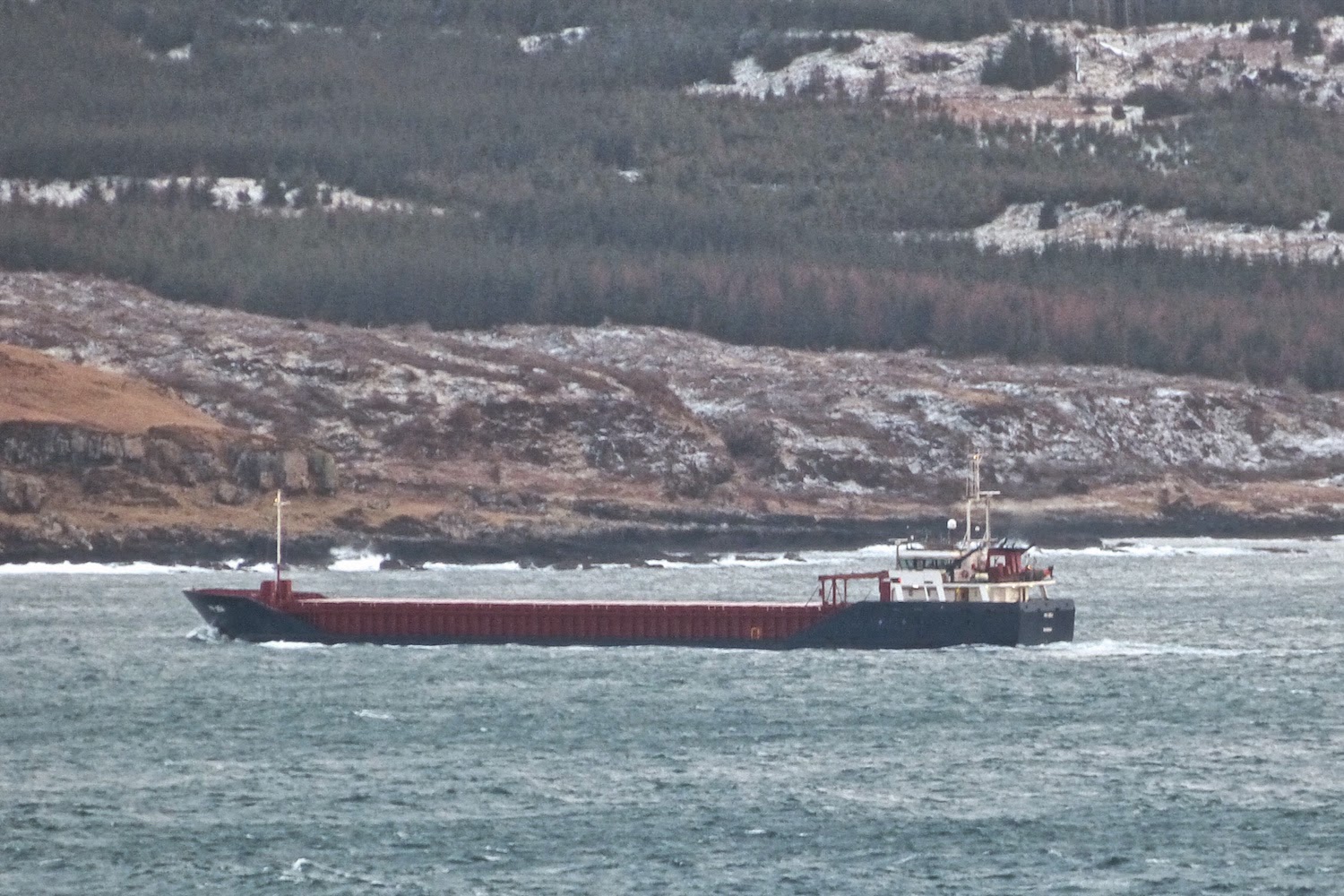 Last Saturday, 7th March, Fri Sea, a cargo ship of the Kopervik Group, grounded at Corpach, by Fort William - see BBC story and pictures here.  The grounding happened at 7.50am after the ship attempted an approach in high winds.  At the time, the ship did not inform HM Coastguard of the incident.

At around 9am, a passer-by noticed that the ship was ashore and 'phoned the police.  The police passed the information to HM Coastguard some time around 11.30, at which point the Fort William CG team was called out.  Only then did the master of the ship contact the coastguard.

In attempting to come alongside, the Fri Sea hit the quay. This caused damage which, fortunately, was relatively minor.  It was made good, and the ship was refloated the following day.

Following the grounding of Kopervik's Fri Ocean in the Sound of Mull to the south of Tobermory in 2013, Kopervik was severely criticised by the Marine Accident Investigation Board because Fri Ocean's master failed to contact the coastguard in a timely fashion.

One can only think that masters and owners believe that they can get away with it.  Does anyone know whether there is a law which requires them to report immediately they go ashore?  What, if any, are the penalties for failing to report?  If there is no law, surely a law should be introduced so that penalties are applied that are considerable enough to ensure that masters comply.


A satellite video clip showing the track on the Fri Sea as she approaches Corpach, which makes very interesting watching, is available here.  It takes a moment for the Fri Sea to appear, following a track of which a drunk would be proud, but also watch the other ship, the Berhou I, as she gets out of the way.
Posted by Jon at 10:00