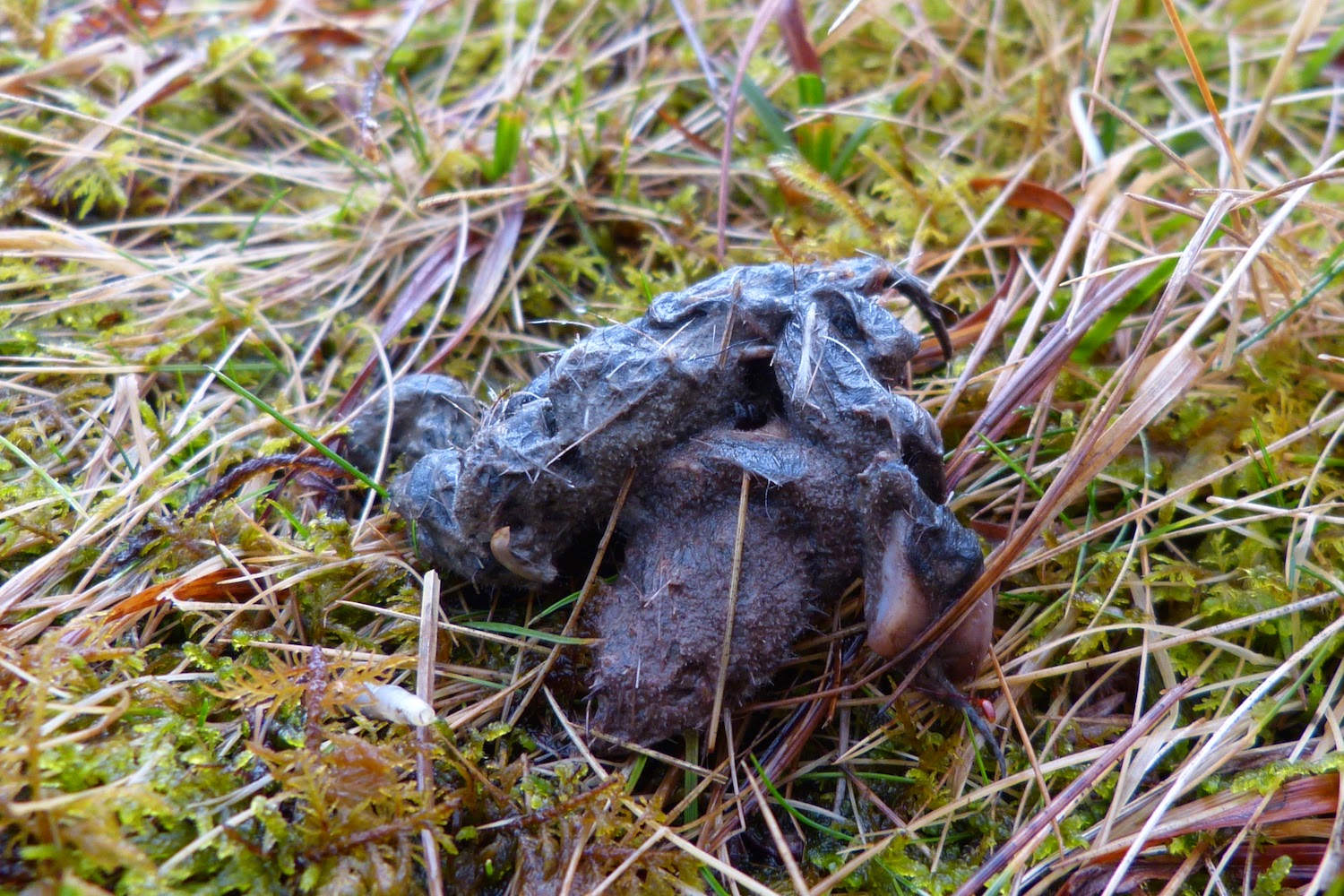 Saturday's animal tracking course, organised by Pat Glenday at the Kilchoan Learning Centre, provided a fund of useful knowledge for those of us who wander the hills of Ardnamurchan.  We often come across signs of animals, such as scat, but lack the knowledge to interpret them.  The course, run by West Highland Hunting, gave us a thorough and fascinating introduction, and included a large amount of information about the wild animals which roam this part of the world.

For example, we learnt that the number of badgers is increasing, but that their behaviour differs from other badgers: they are much more nomadic, so will appear in an area for perhaps only a few weeks before moving on. 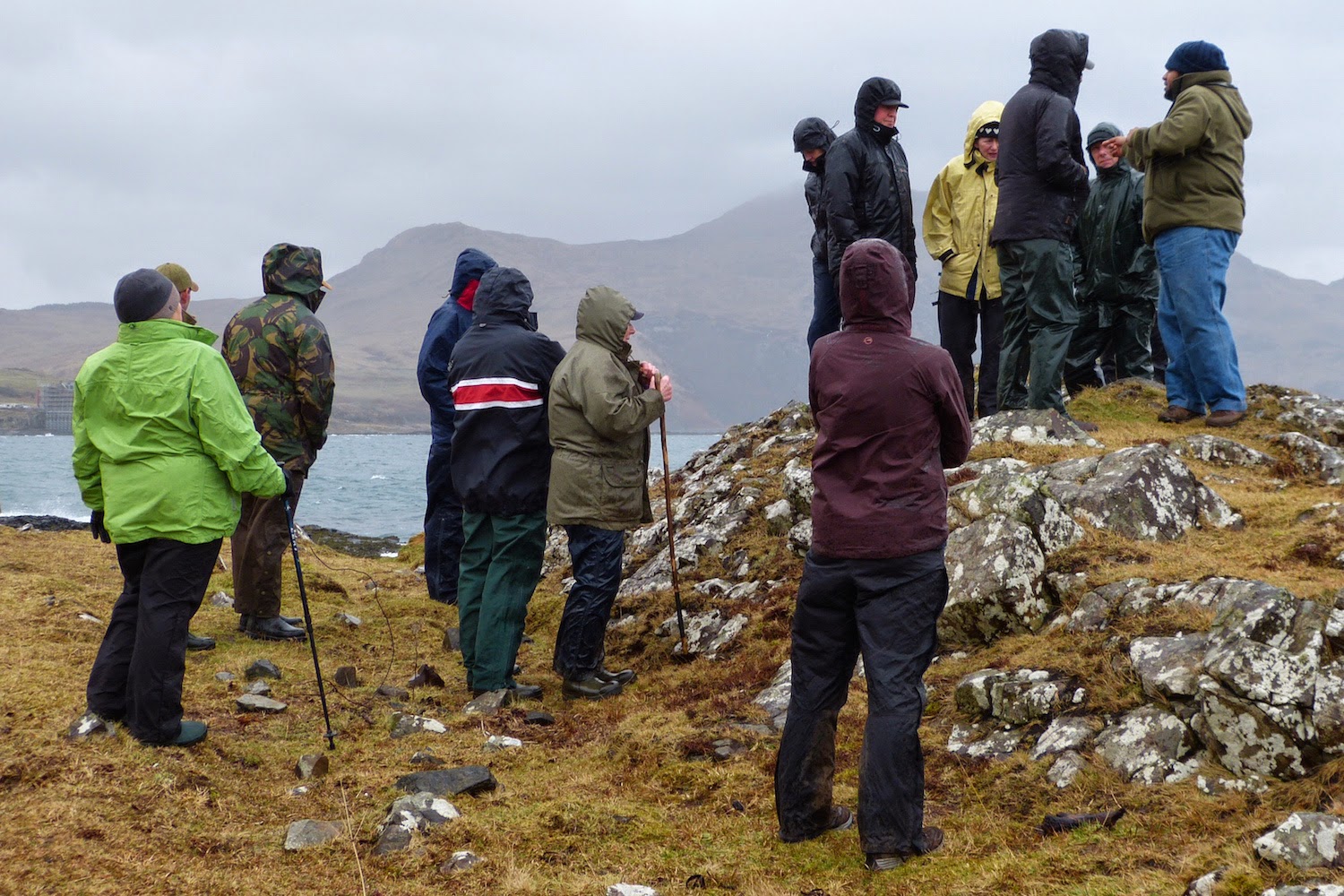 The morning was spent in the Centre and then, despite the miserable weather, we ventured outdoors. At the first location, near Mingary Pier, we were taught to find and interpret signs of otters.  Our sea otters need to bathe in fresh water each day, so a good place to look is around the many rainwater pools that collect close to the sea.

There are eleven otter territories along our side of Loch Sunart, one of the highest concentrations in the UK.  A typical male otter occupies about ten miles of coastline, and a female four. 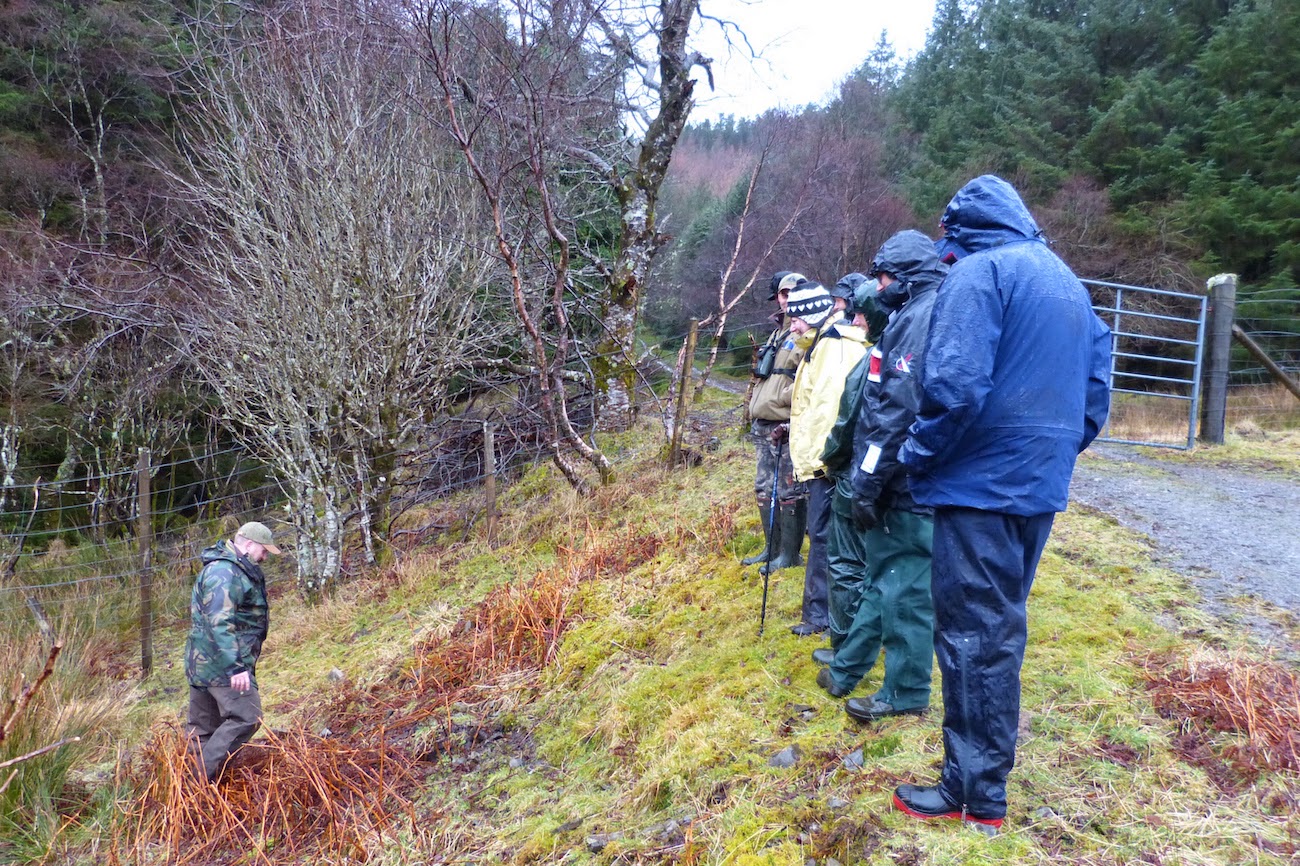 The second location was near Loch Mudle where, along a hundred-metre section of forest track, we found signs of fox, pine marten, red and roe deer.  In this picture, we are looking at the tracks left along a bank, but we also learned to recognise where deer had browsed and marked the branches and trunks of bushes and trees. 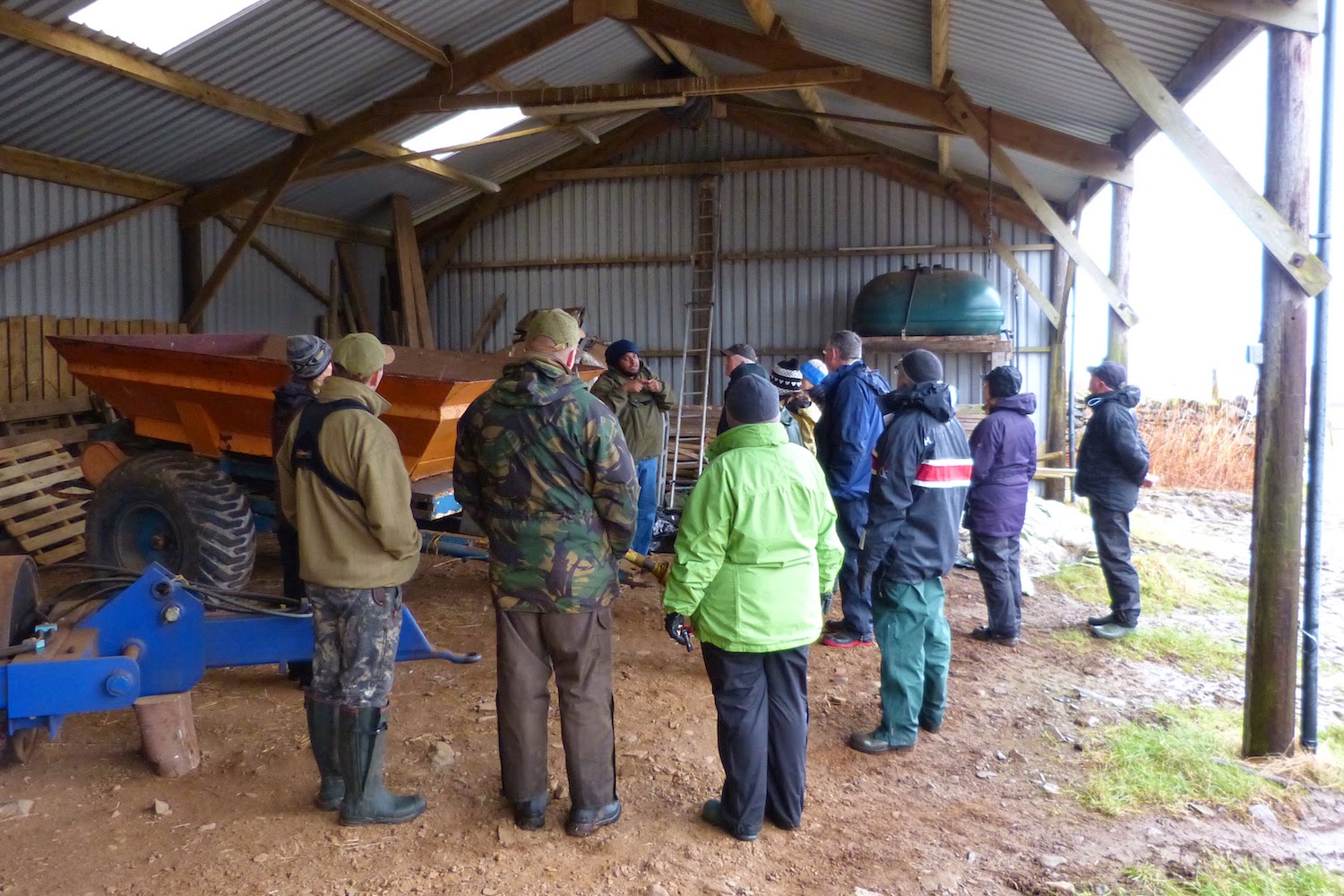 The final location, in one of the sheds at Swordle, concentrated on barn owls and the pellets which they regurgitate.  These give the experienced observer an overview of the small mammal population of an area. 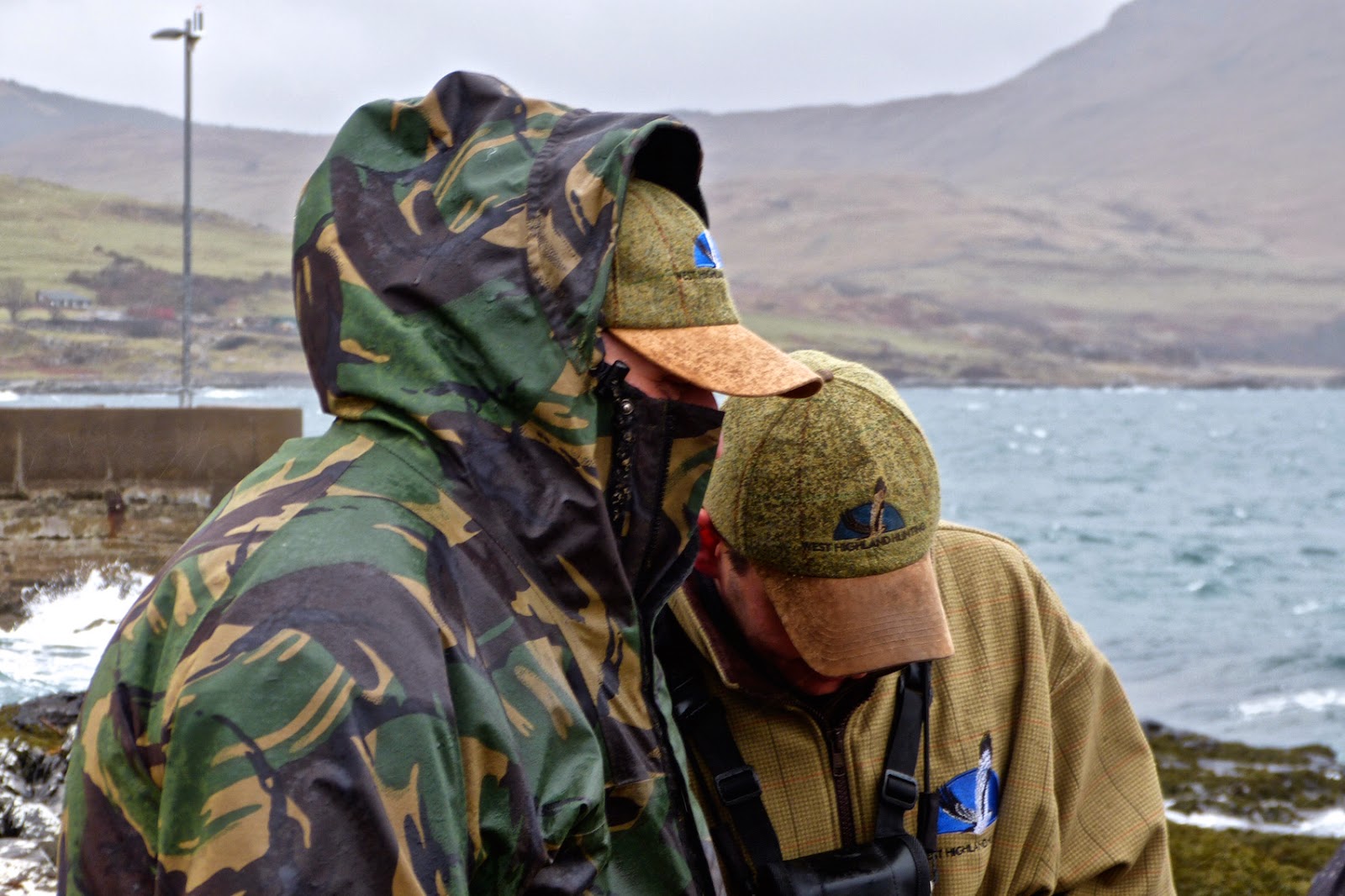 The course was delivered by Niall Rowantree (left) and Stevie Grant of West Highland Hunting.... 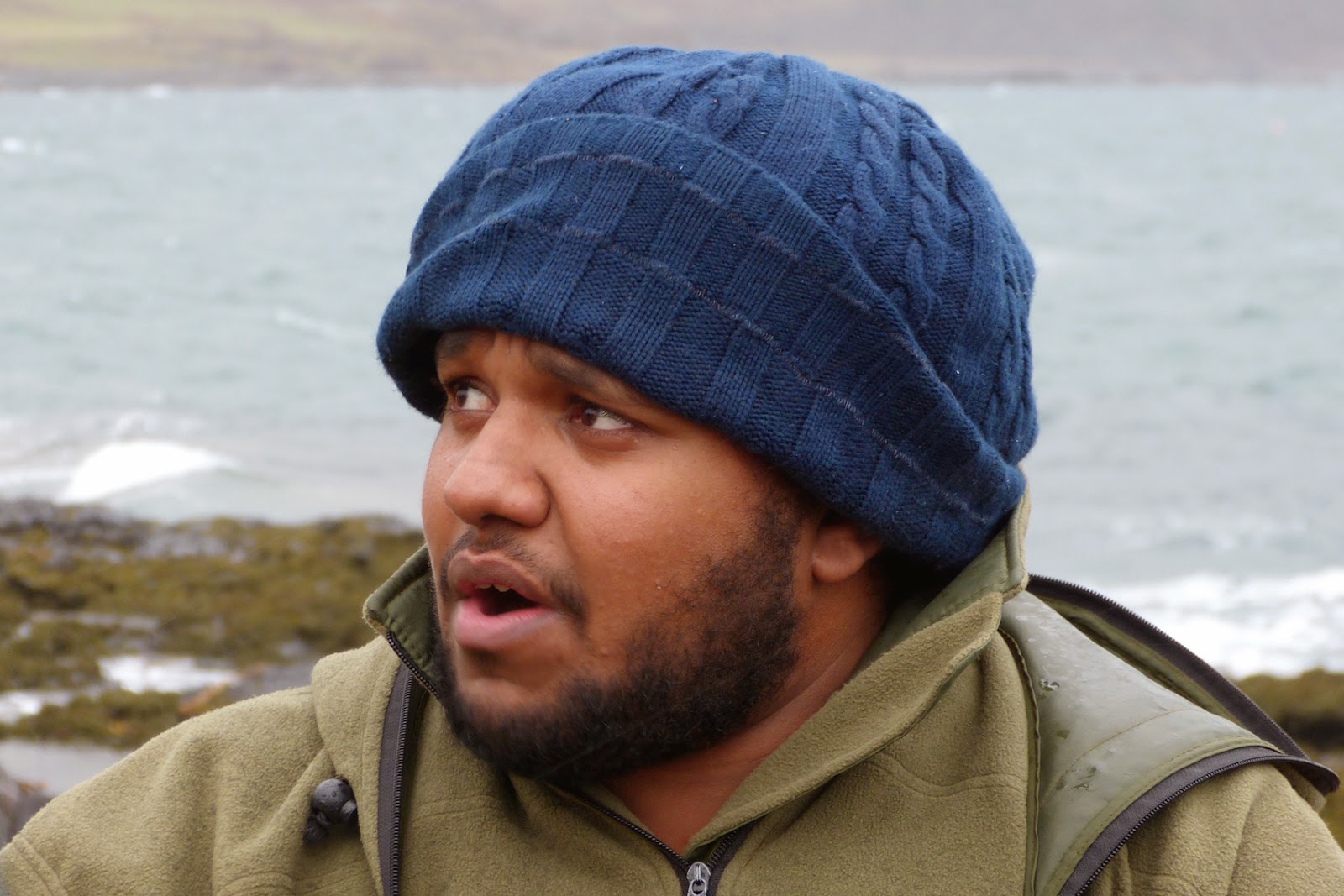 ....and Hamza Yassin, also of WHH but also a professional photographer (Facebook page here).  Many thanks to all three for their insight into this complex subject, presented in a cheerful and informative way.