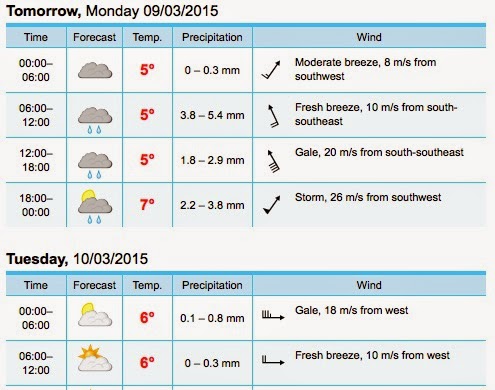 It's not often that one sees such unanimity amongst the forecasters.  Tomorrow, according to Yr.No (above), we face the prospect of a full storm in the period between 1800 and midnight, while.... 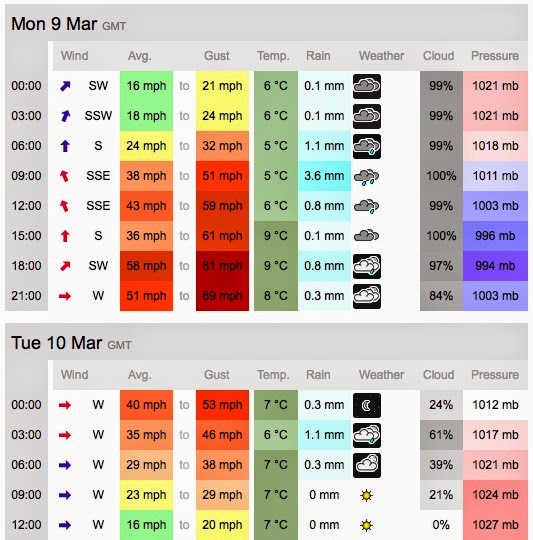 ....XCWeather predicts force 10 after 1800 gusting to force 12, with gusts of 81mph.  We've seen forecasts as bad before during this winter, but not this close to the event. 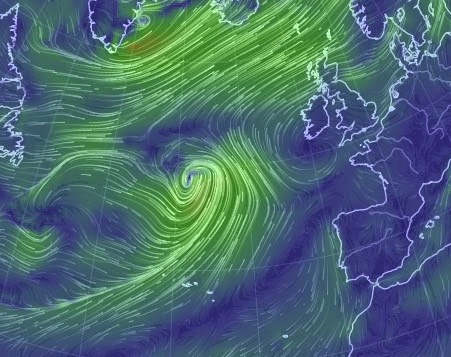 The culprit is the swirl of winds at the centre of this clip from Cameron Beccario's superb rendition of Earth's surface wind speeds, a nasty little depression which is heading straight for us.