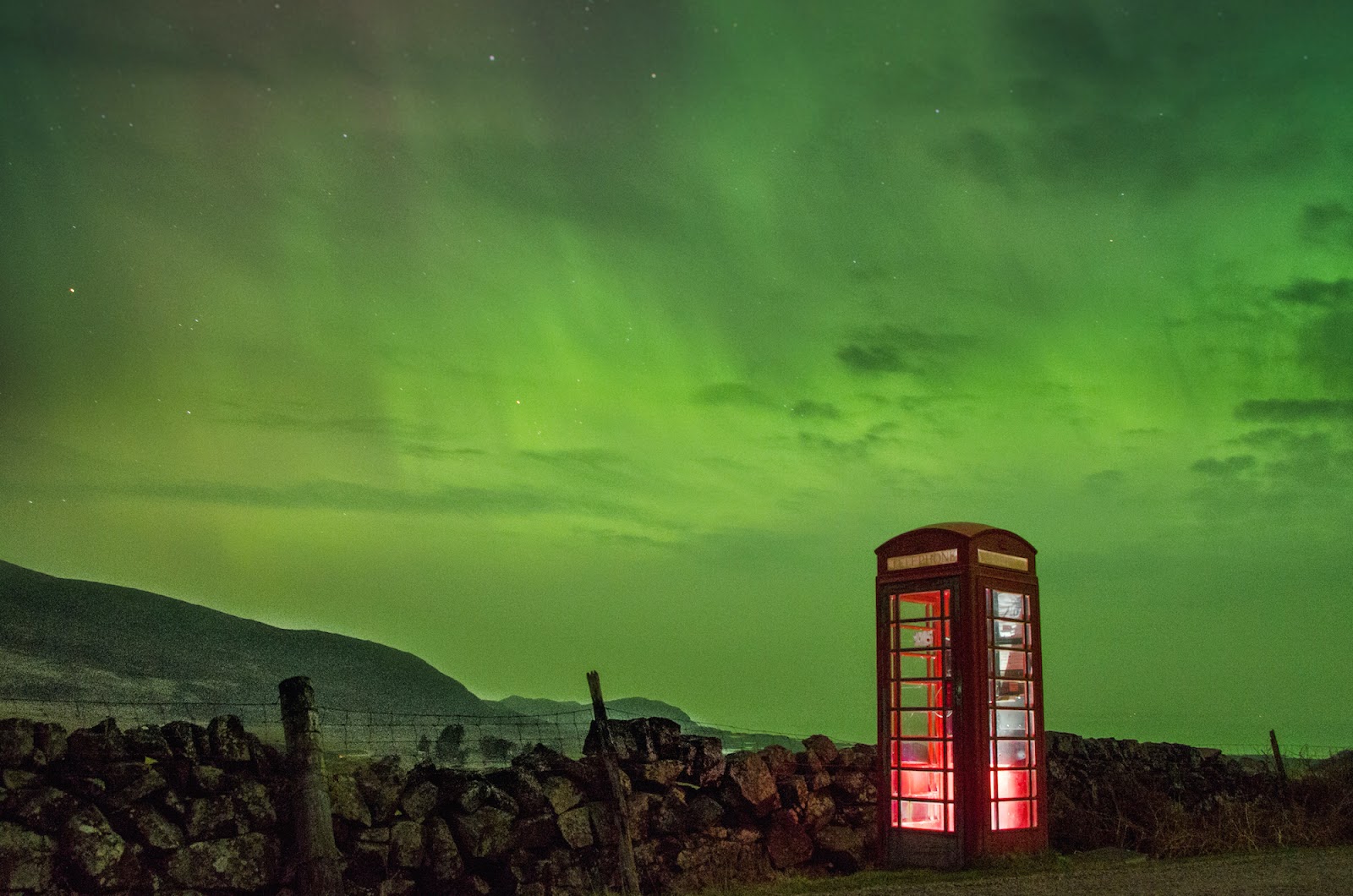 Many thanks to Ben McKeown for sending me a couple of photos which he took along the Ockle road last night.  Many of you will recognise the 'phone box at Kilmory. 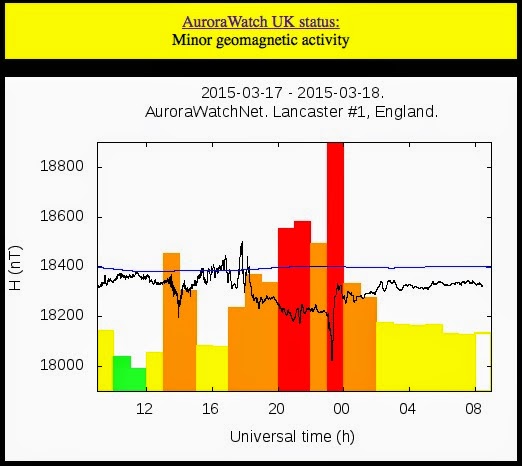 By Scottish standards, this was a big event - I can't recall a previous occasion when the reading on the AuroraWatch site shot off the top of the graph - but last night's didn't compare with the best display we've seen here, which was back in the 1990s. 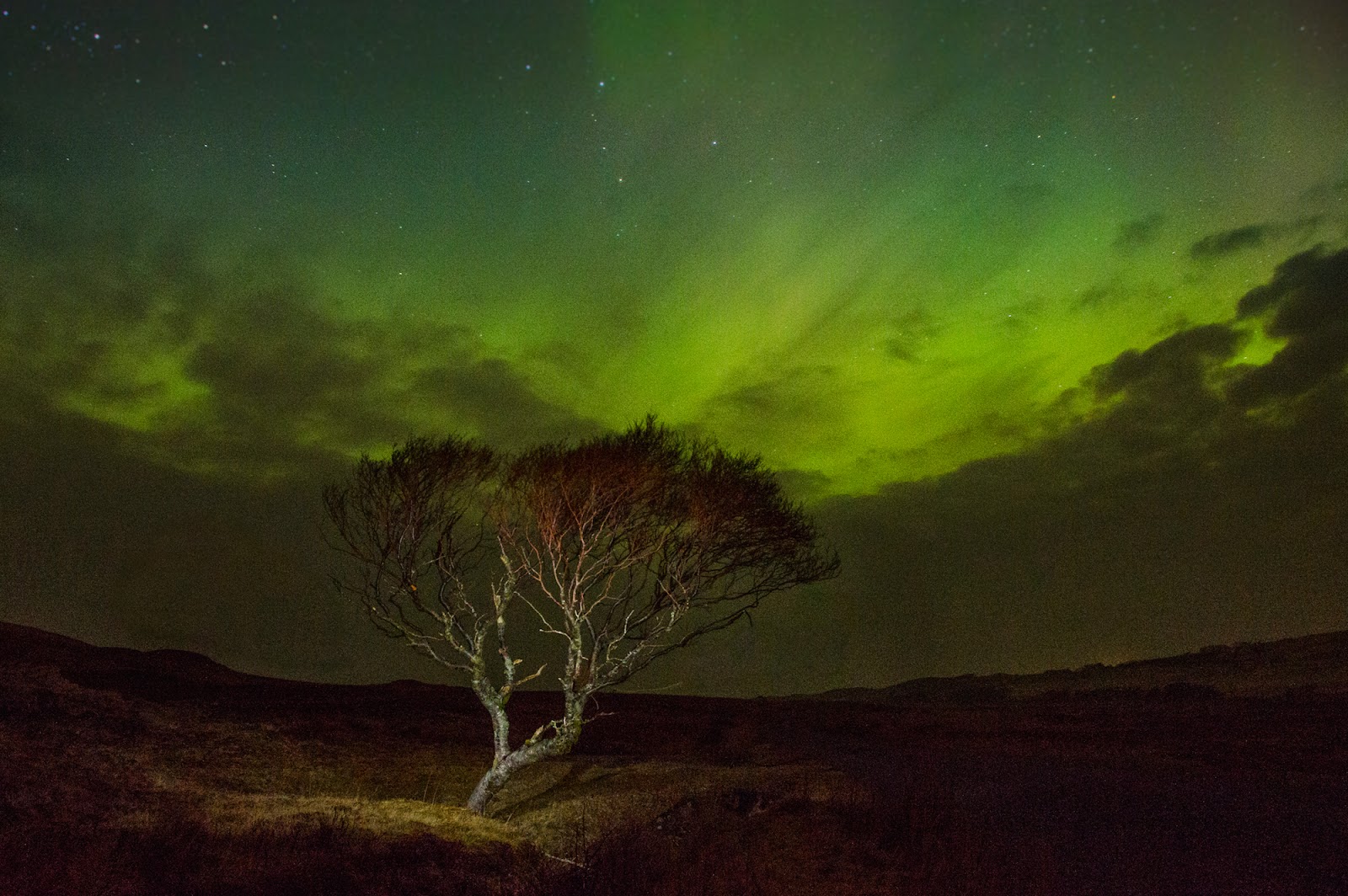 The view for watchers on Ardnamurchan was spoiled to some extent by low cloud and haze to the north, so most of these photos are taken looking towards the northwest.  Again, many thanks to Ben for this picture. 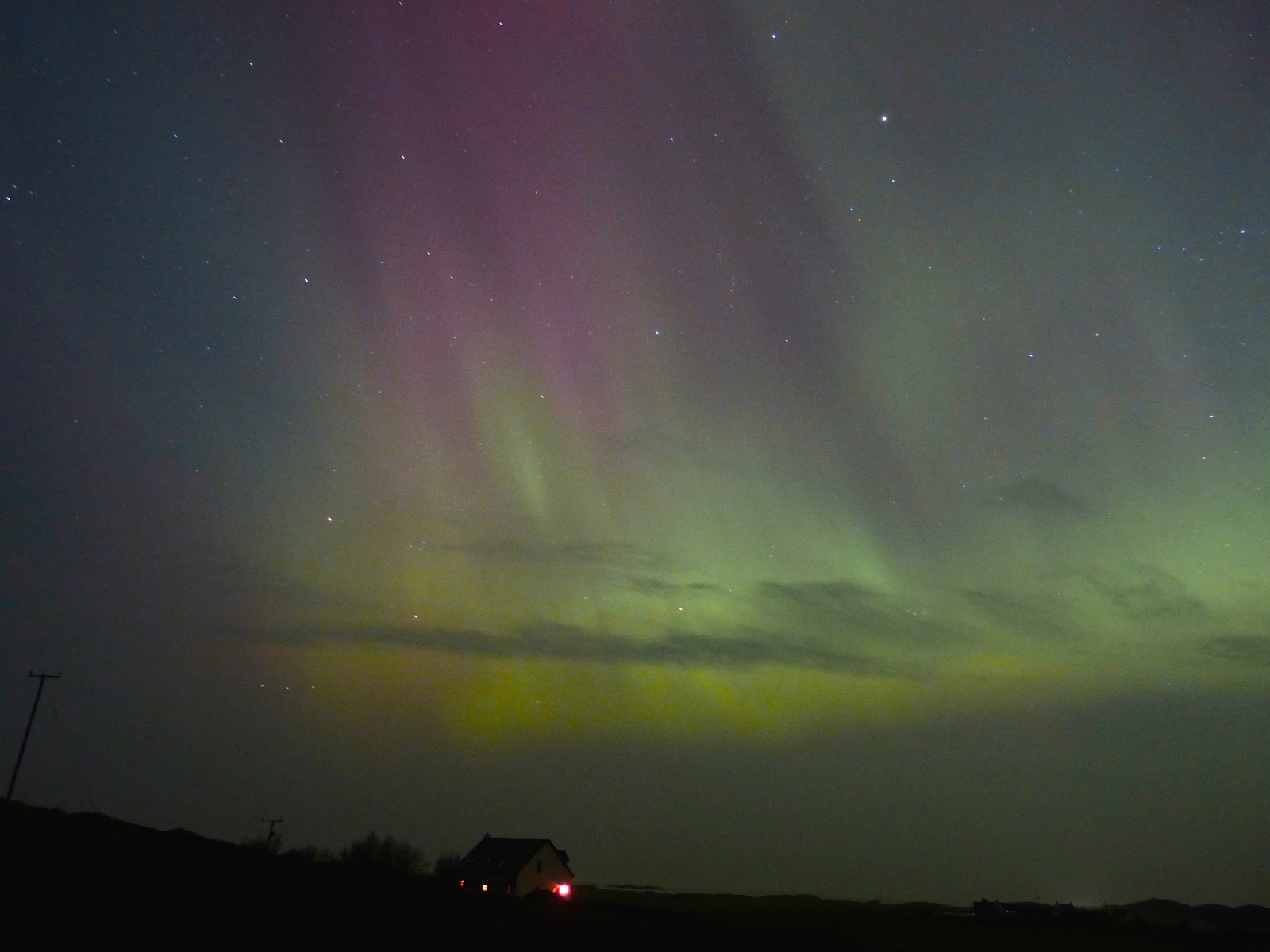 At Sanna, the height of the display was shortly after eleven, when pink curtains joined what had previously been largely green.  This picture shows one of the croft houses at Upper Sanna. 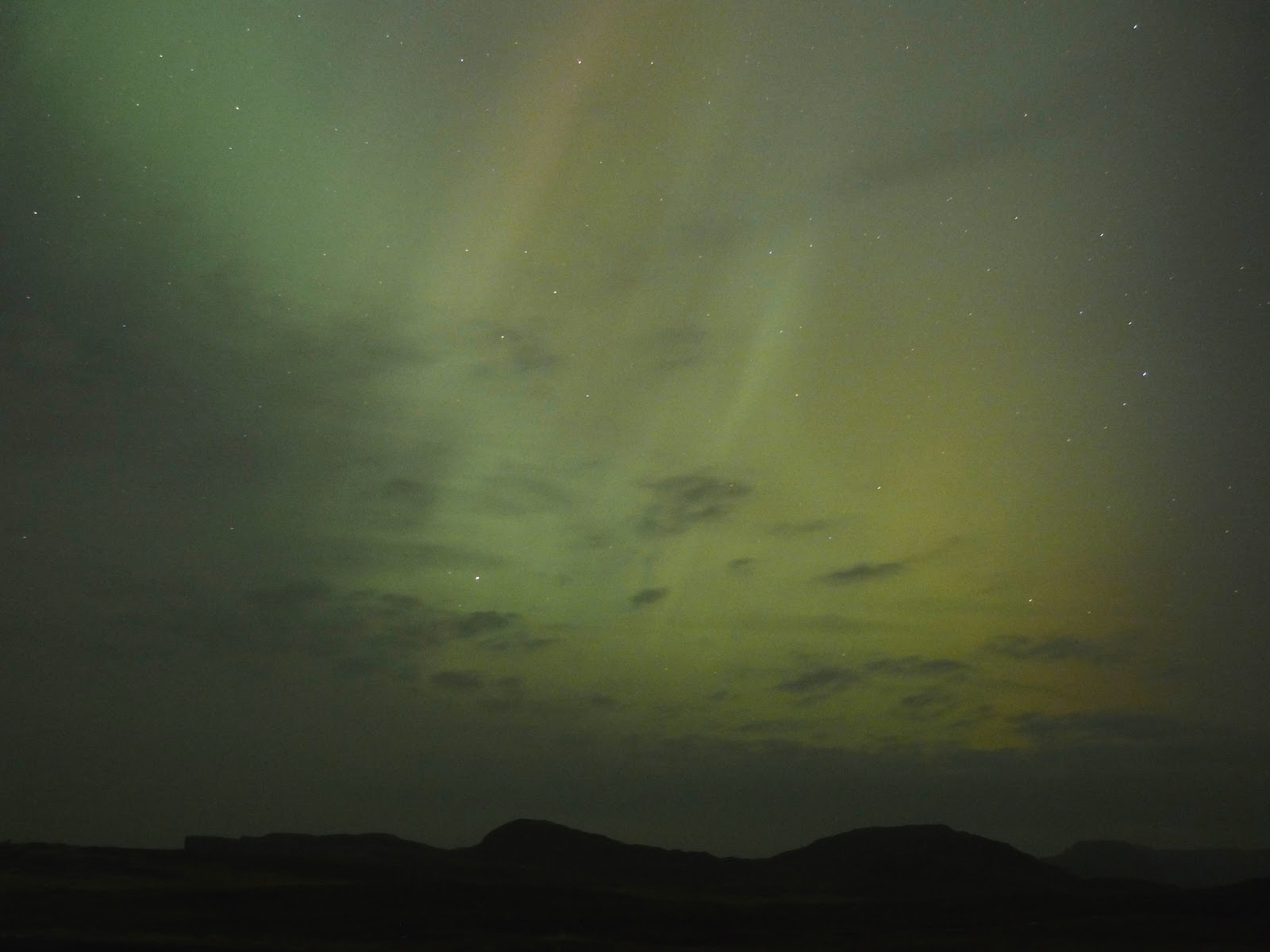 The lights also came up in the northeast, but these pictures don't convey one of the most startling features of last night, the way that.... 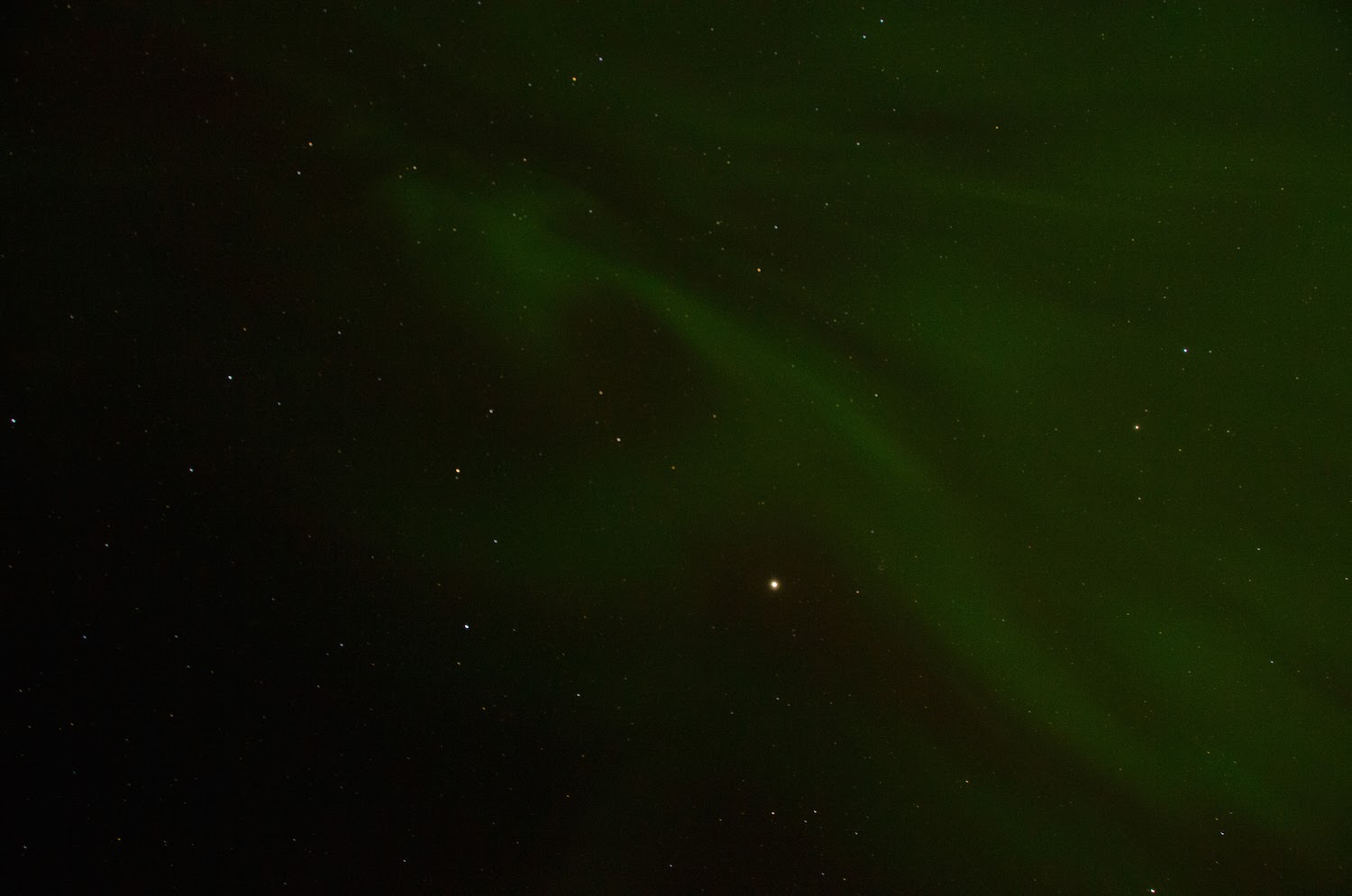 ....ribbons of light reached up into the vault of the sky, constantly moving and pulsing with waves of energy, and seeming to twist together where they met above one's head.  Ben has made an attempt here to capture the effect.

There are indications that the aurora may be visible again tonight but, from our point of view, it'll have to be early as the skies are forecast to cloud over before midnight.