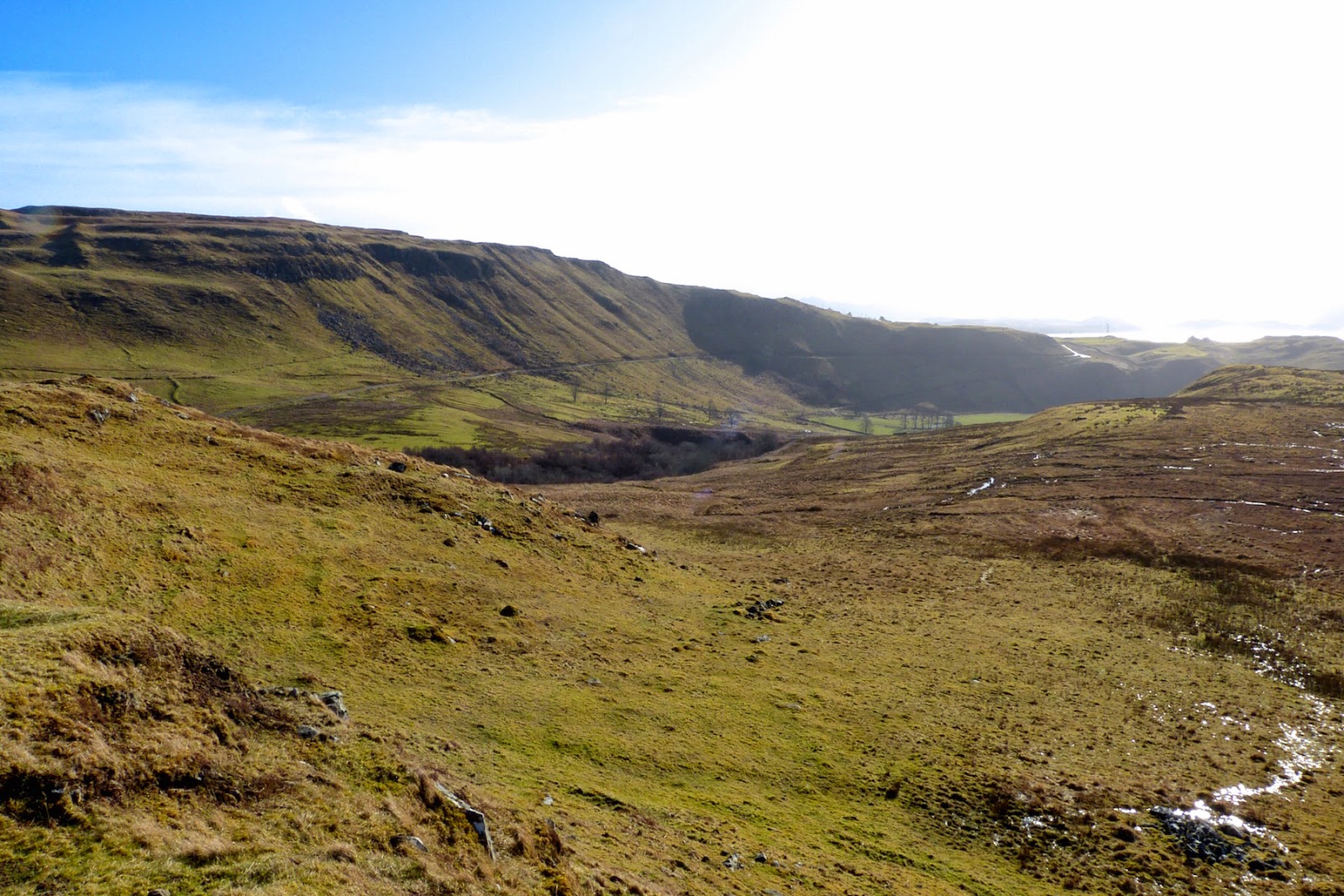 Bourblaige was one of the first clachans to be cleared on the Ardnamurchan Estate, in 1828.  It's one of three to the east of Ben Hiant, the other two being Tornamona and Camas nan Geall, both of which were also cleared.  Today's walk, in warm sunshine, took us into the area between Bourblaige and Tornamona.

This first picture looks eastwards, almost directly at the site of Camas nan Geall, though its sad ruins are almost invisible even when one is quite close.  The B8007, the road out of Kilchoan, clings to the steep slope in the middle distance. 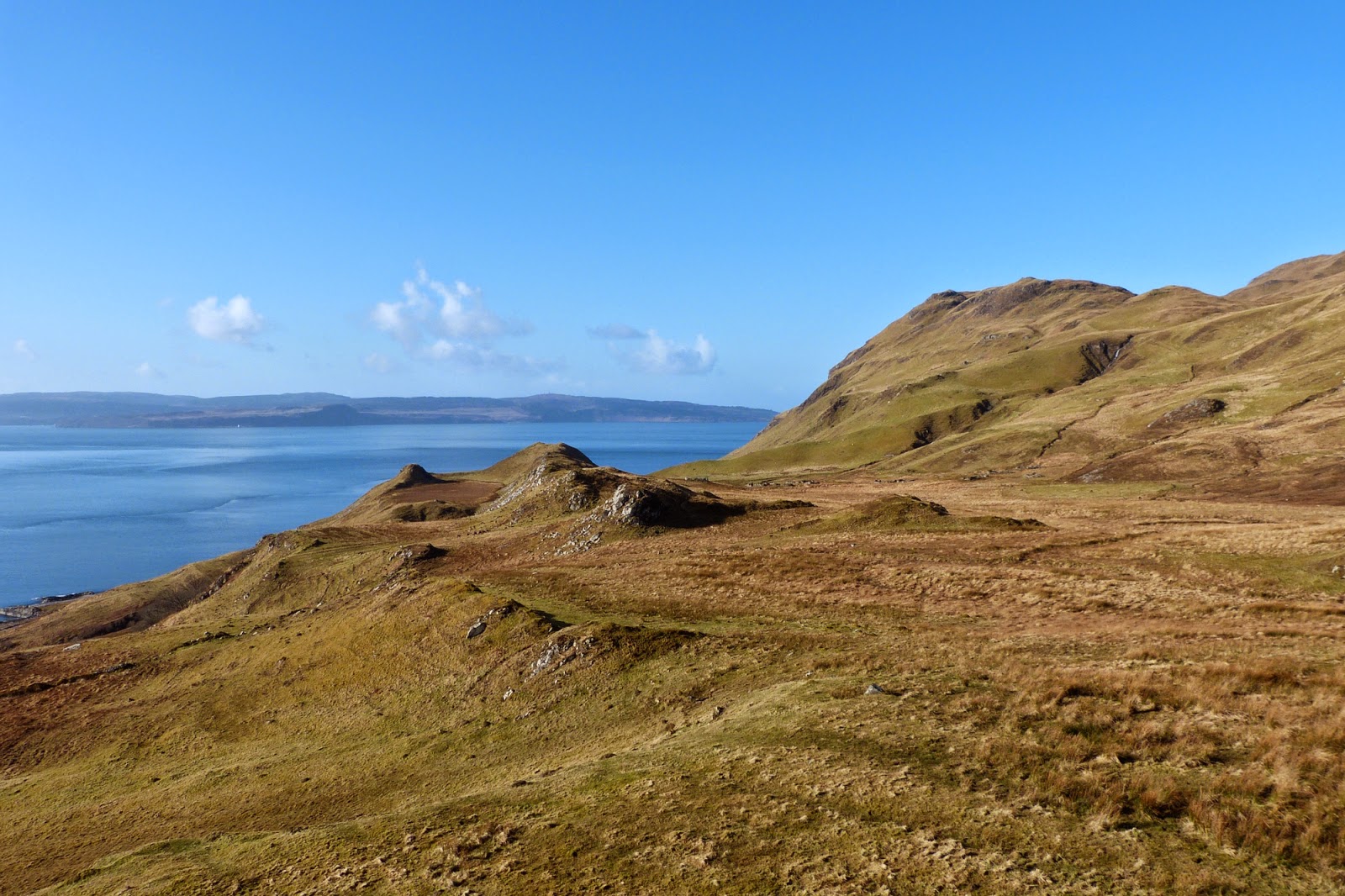 It's stunning countryside, a mixture of open, flat bogland and protruding knobs and walls of rock, with steep slopes between, and it glowed in the sun.  Mull is in the distance across the Sound of Mull, and the ruins of Bourblaige are almost in the centre of this picture.  These... 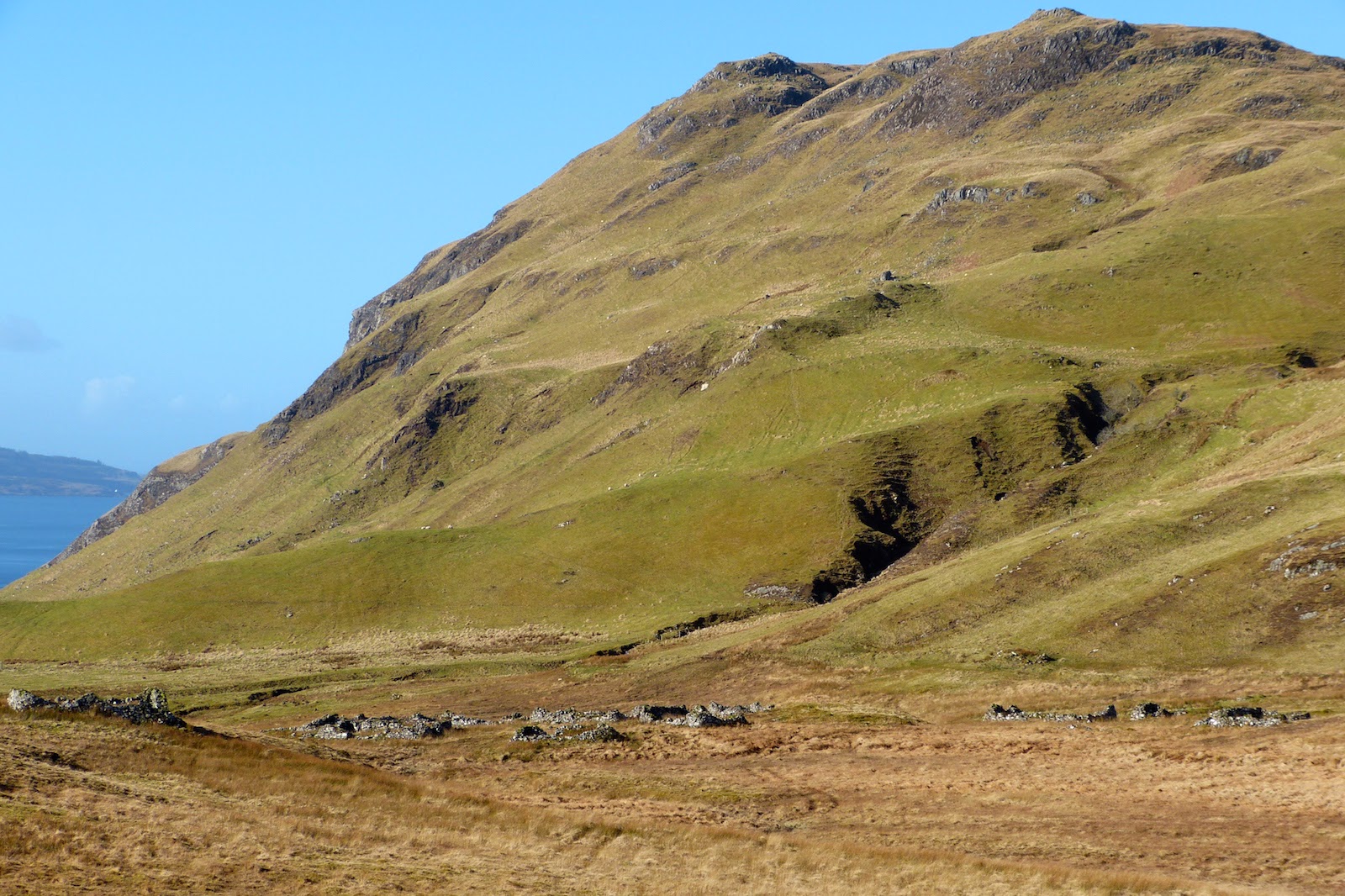 ....became increasingly visible as we worked our way southwards towards the beach. 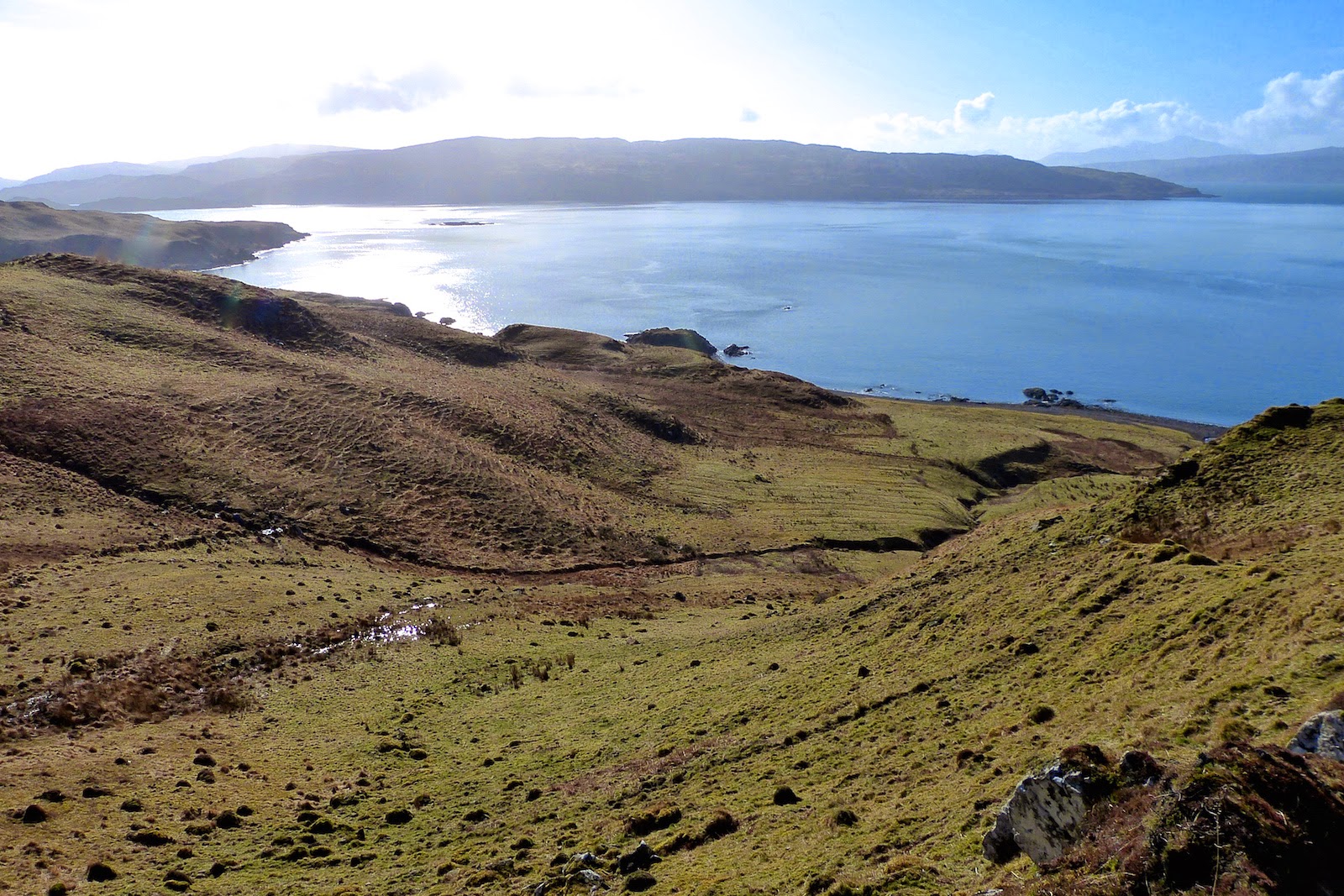 The ruins of the three clachans are only those of the most recent small settlements scattered along this coast.  The bowl of land in this picture is an entrance to another group of ruins which may be very much older.  They certainly don't appear on any map, and.... 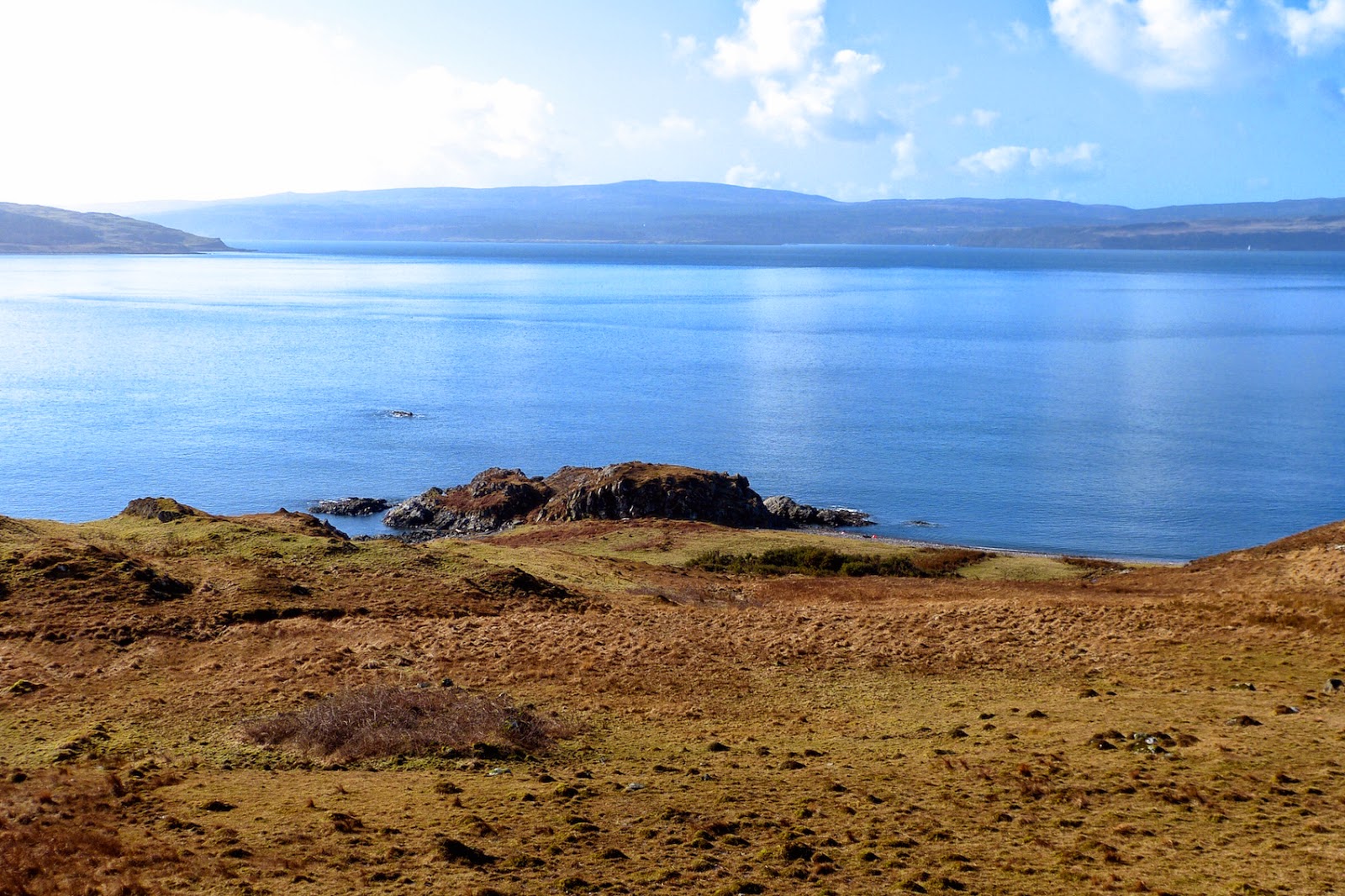 ....are sometimes heavily camouflaged - there's a stone structure which may be something quite unusual hidden in the mass of brambles towards the bottom left of this picture.  The people whose mark we would most like to discover - because, from the names of settlements, headlands, bays and other features, we know they were here - are those of the Vikings. 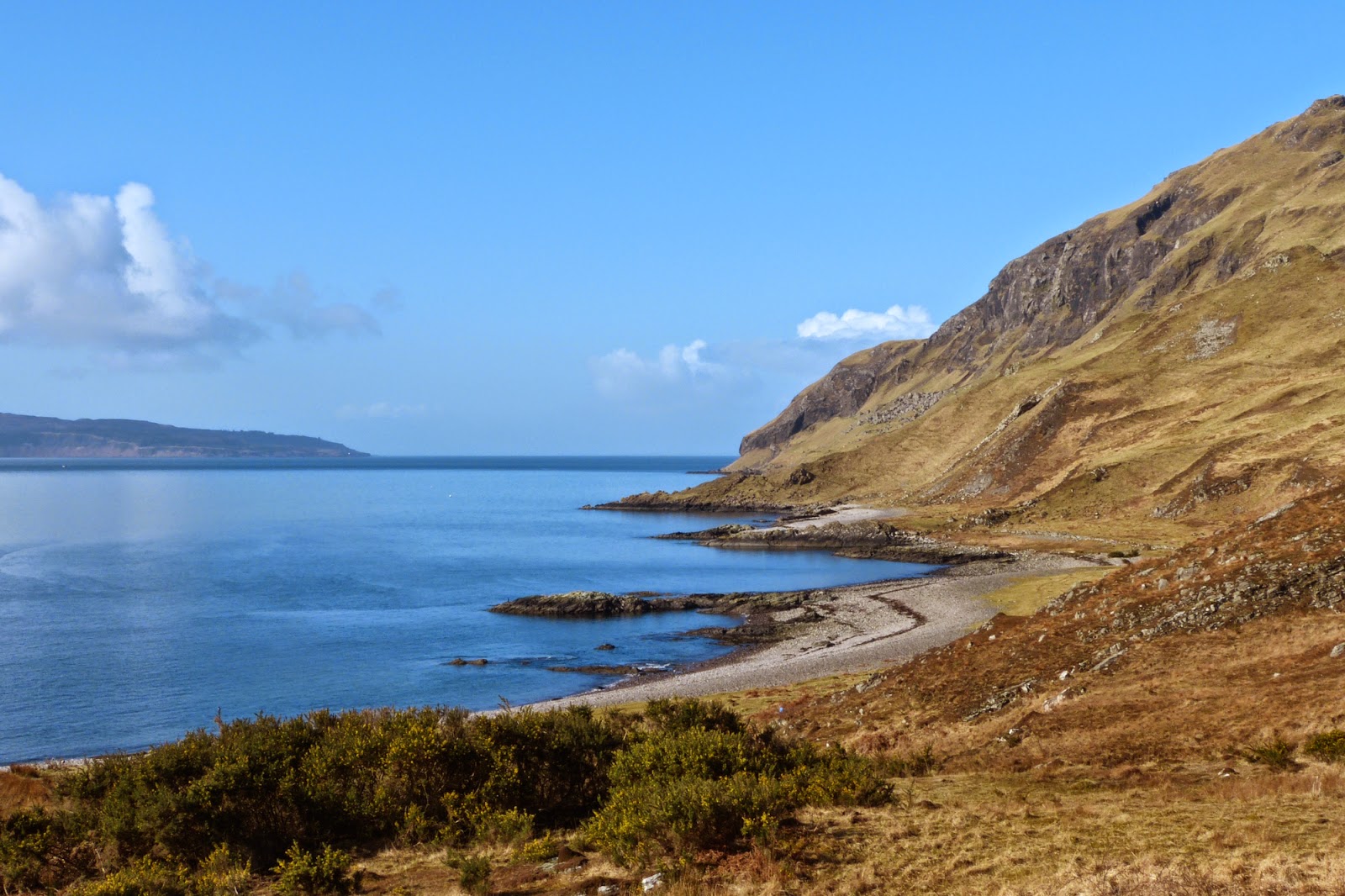 The coastline between the deep bay of Camas nan Geall and the point called Maclean's Nose is a series of wide, shingle bays, and the older settlements seem to run in a rough line about a hundred metres back from the beach, as if they needed to be hidden from the sea. 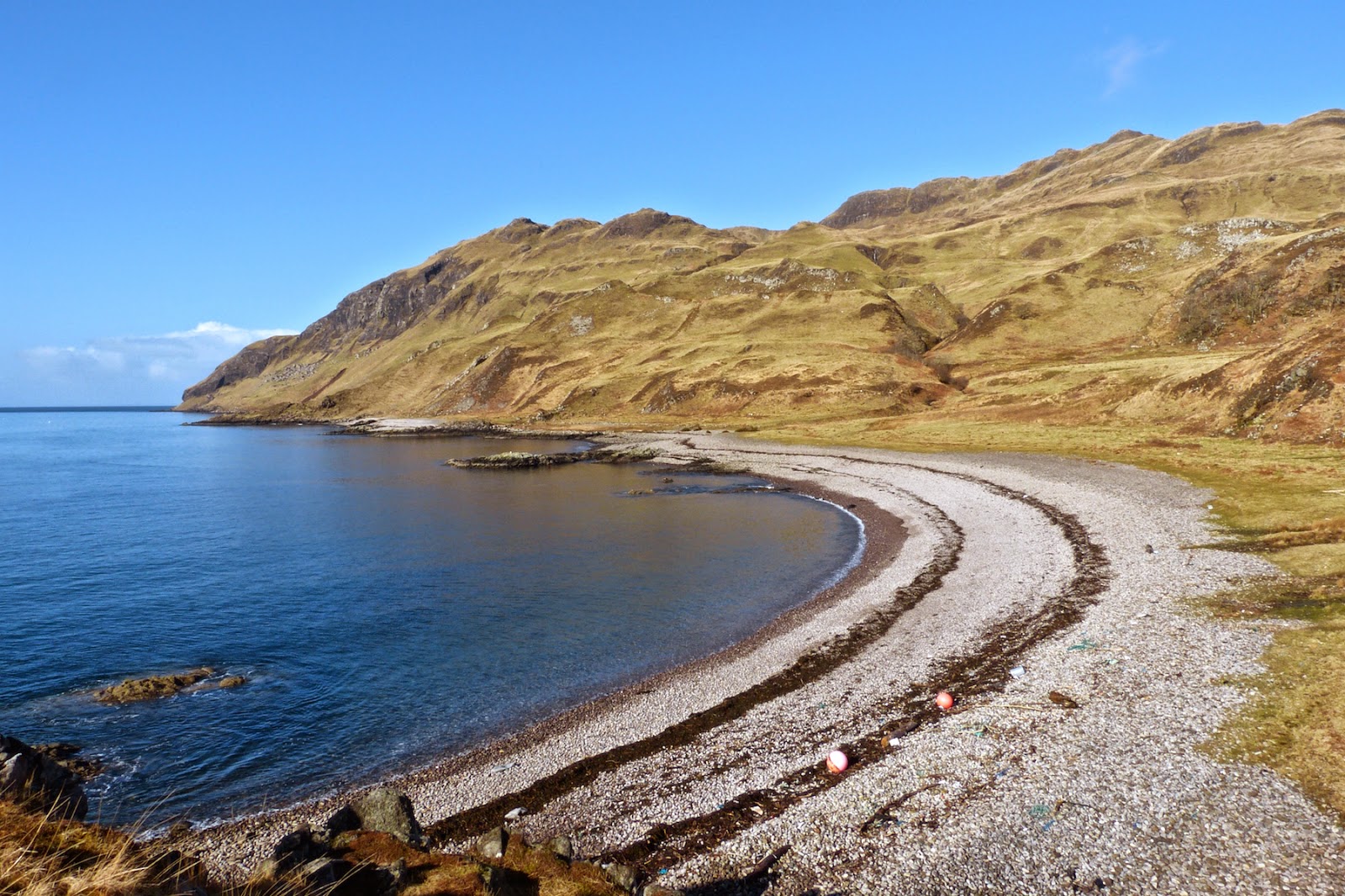 Wandering along the beach, checking the high tide marks for interesting flotsam that was washed up in the recent storms, we wondered when anyone last walked along this beach.  It's certainly a very secluded place: even in mid-summer, few people come here. 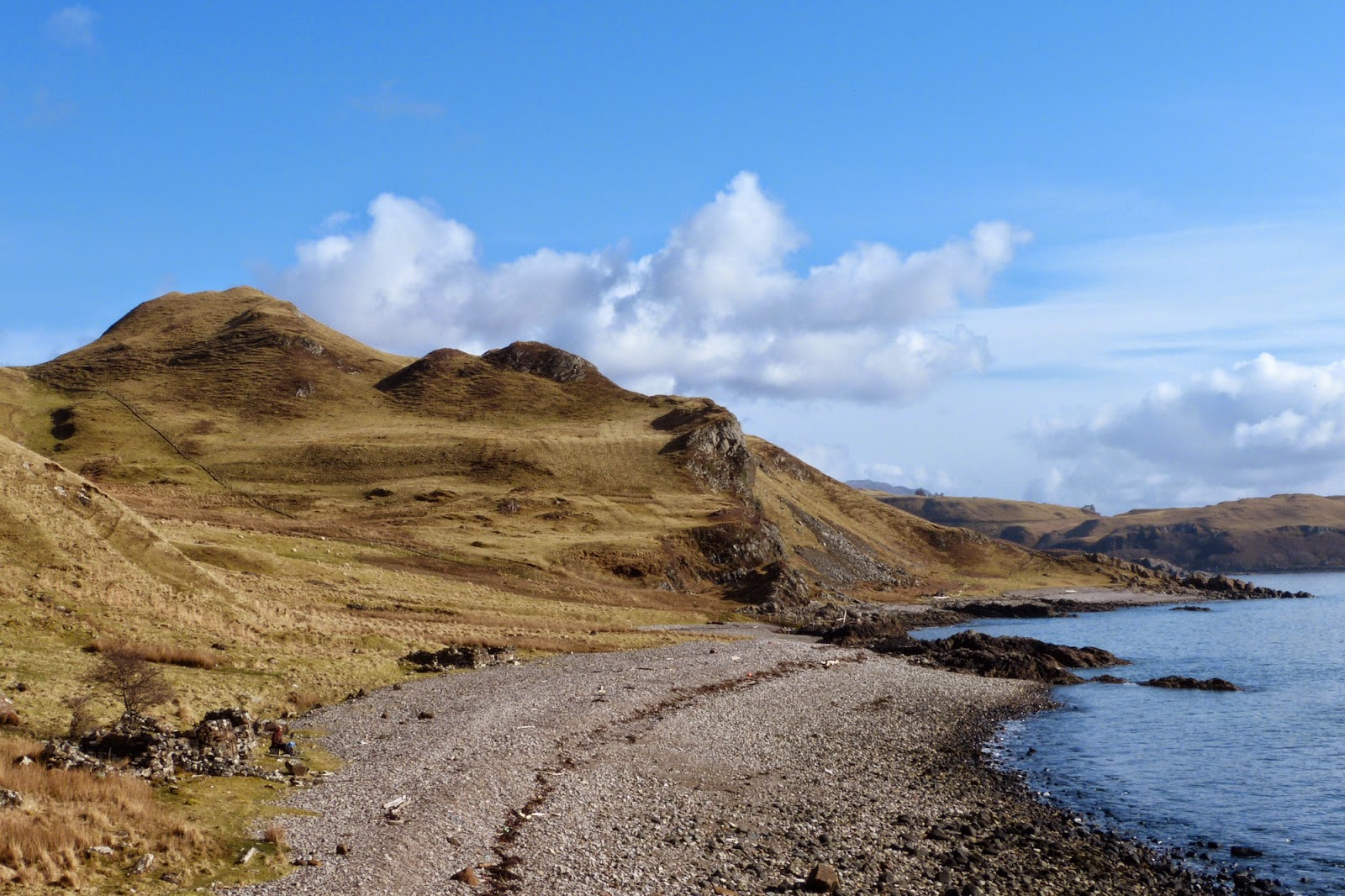 We stopped where the shingle runs out and turned to look back the way we had come.  At the back of the nearest beach in the picture, which is the beach immediately below Bourblaige, there are several structures, some houses, some byres, some perhaps animal pens.  Two houses lie right at the edge of the beach, and are evidently the same age as the clachan.  We sat on two rectangular stones immediately in front of the doorway one of the houses, and wondered whether they had been placed there by their original residents, so that they too could enjoy the view on similar sunny days. 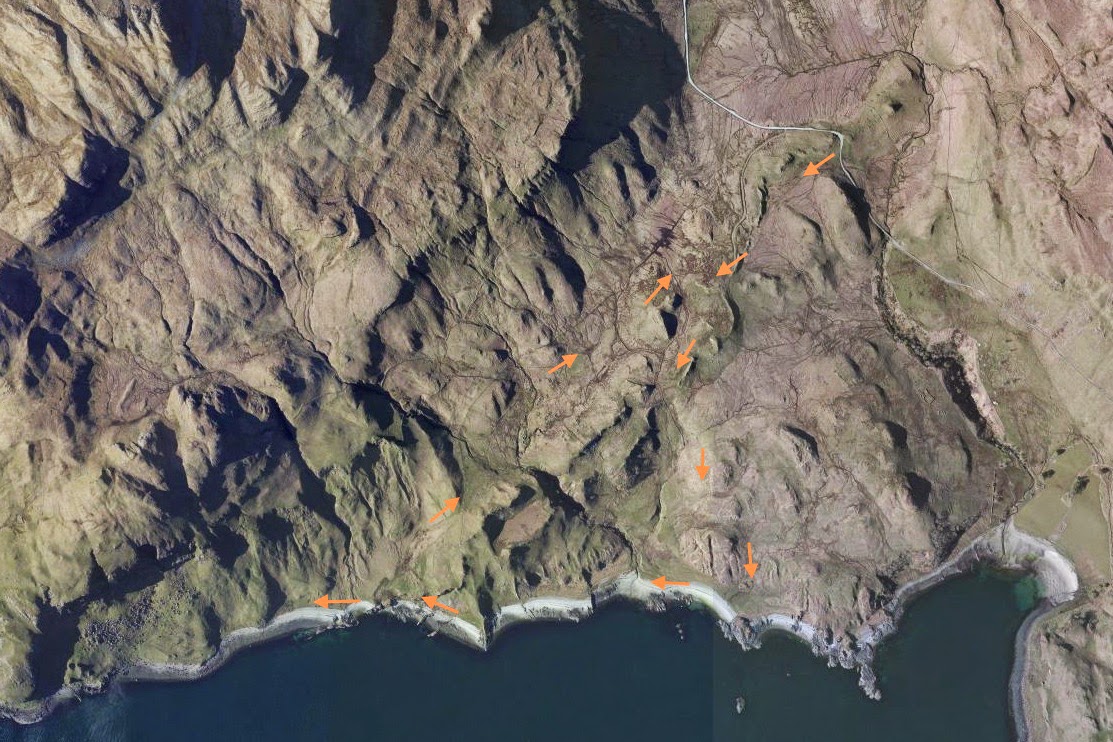