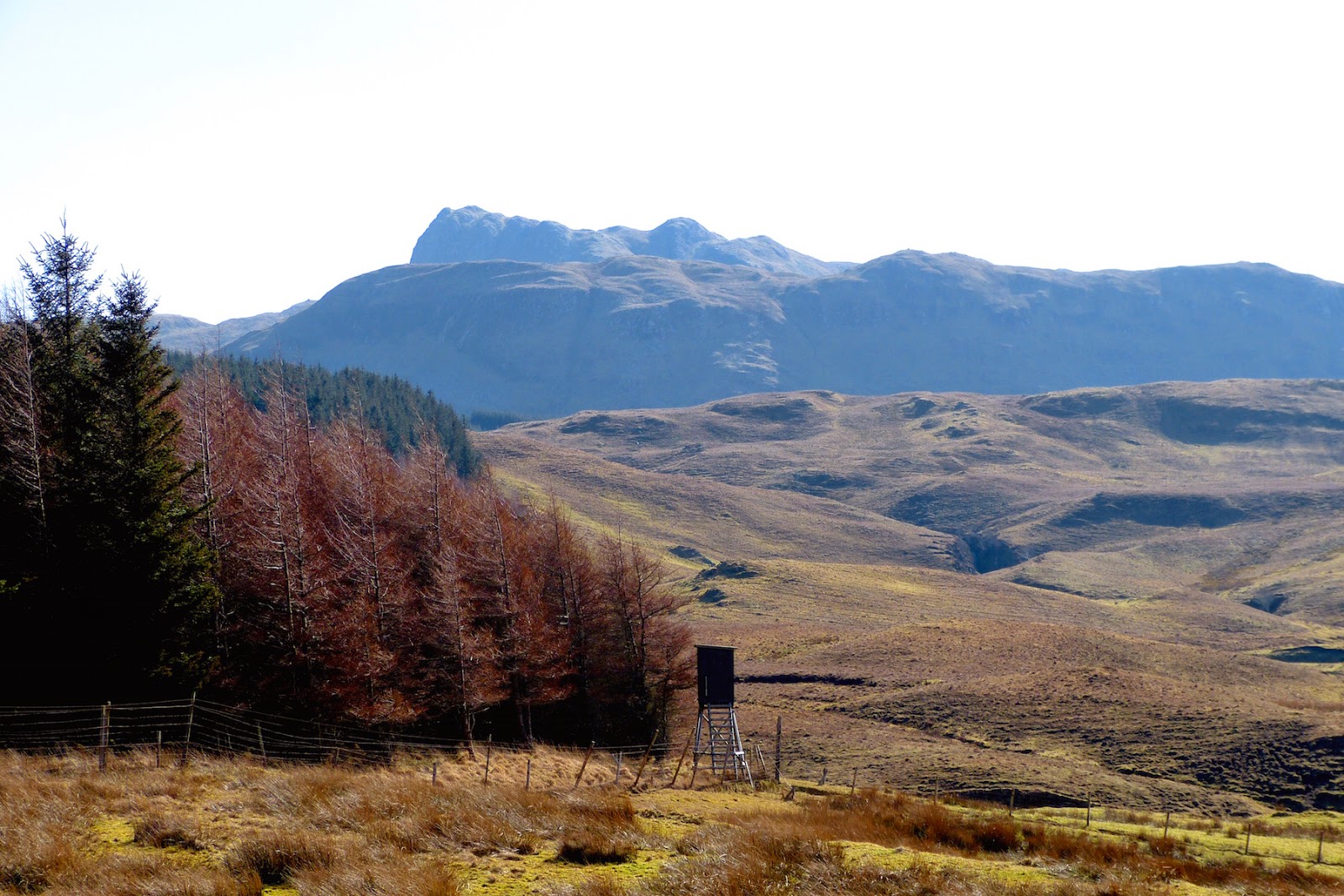 Leaving our car where the B8007 crosses the Allt Choire Mhuilinn, we set out to climb Beinn na h-Urchrach this morning.  It's the ben to the left of Ben Hiant in the title photograph of this blog, an elongate ridge which resembles an upturned boat, seen in this picture in front of Ben Hiant's peak.  Its name means the hill of the cast or throw, which suggests connections either to war or hunting.

As we made our way along the edge of the Beinn nan Losgann forestry southwards towards the ben we were watched.... 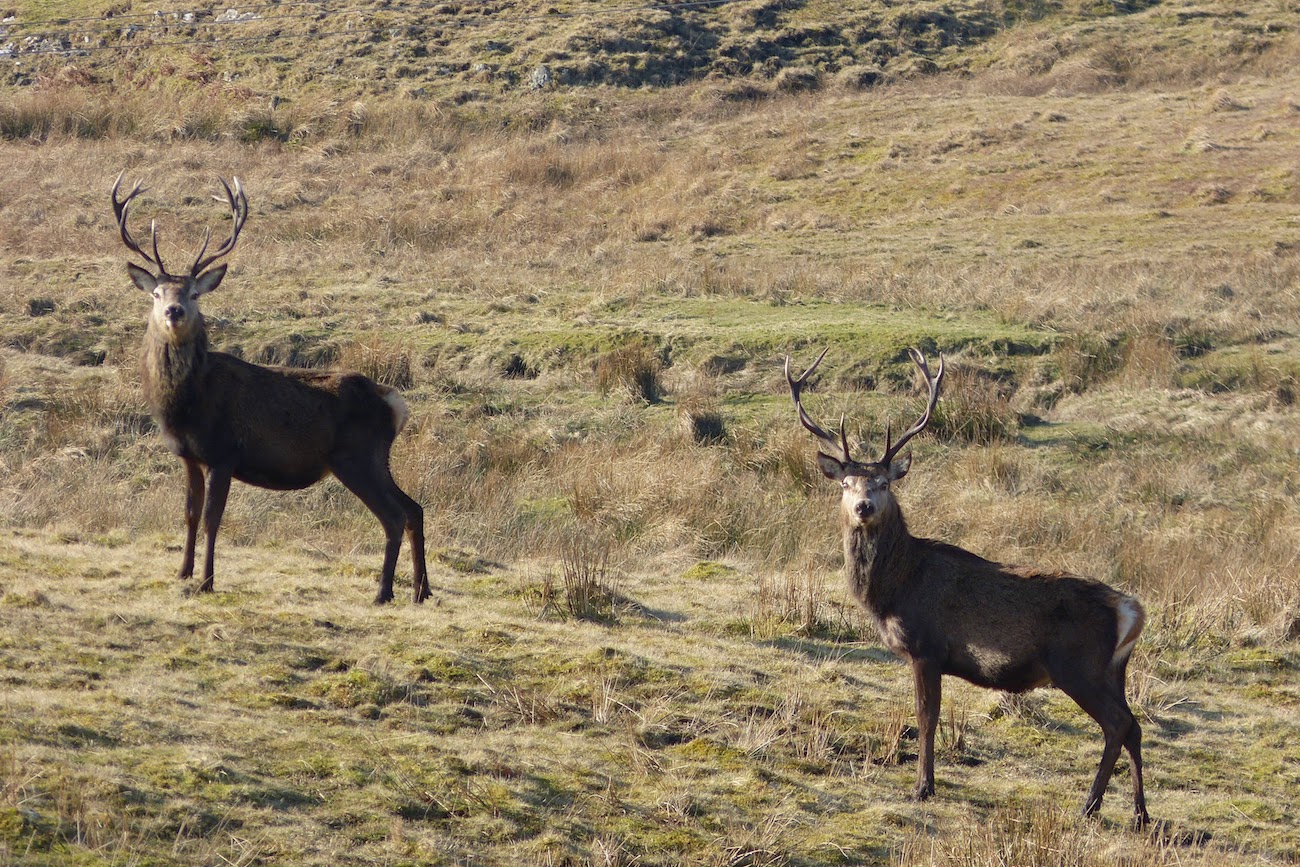 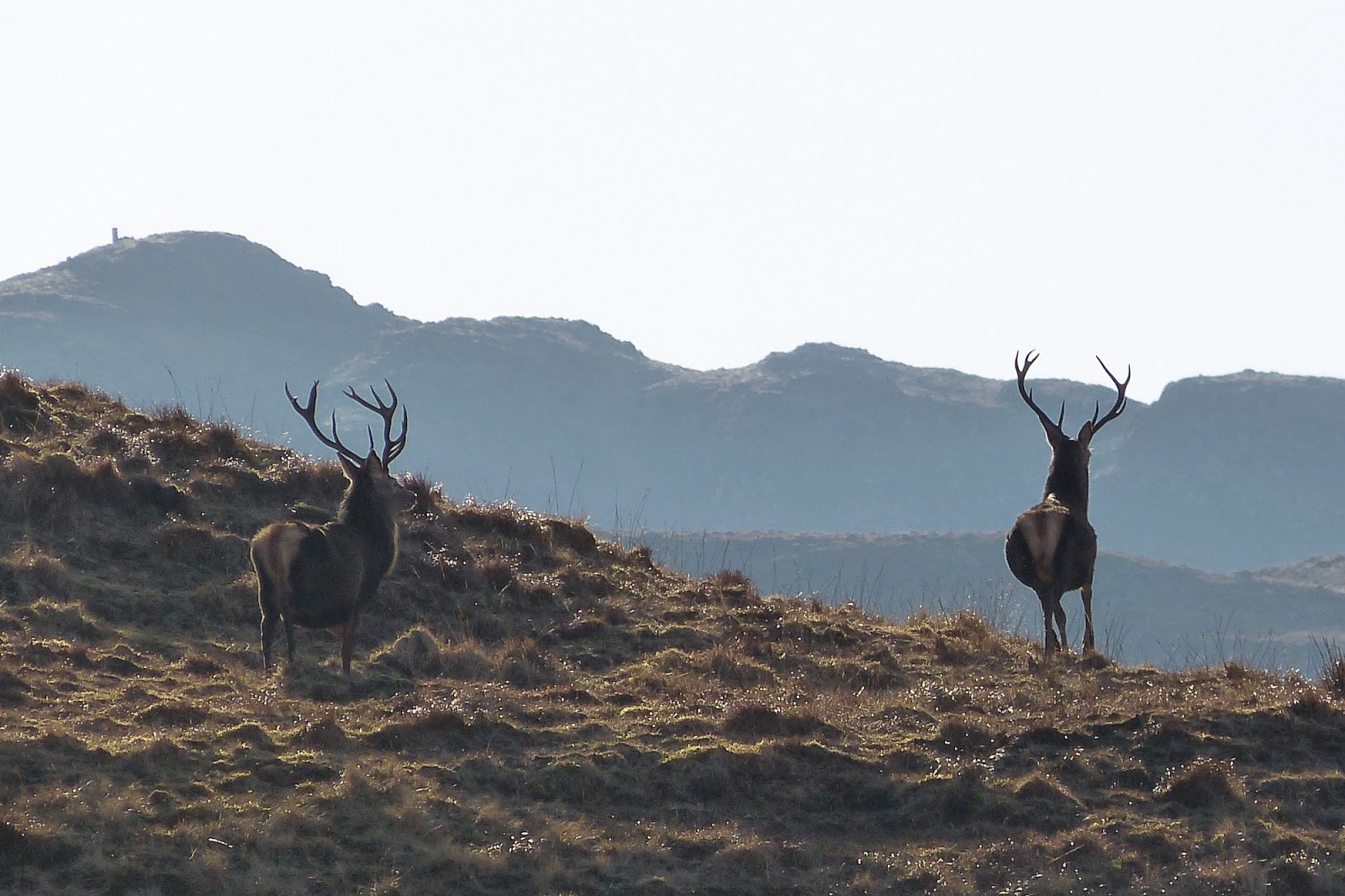 ....hang around when the top predator approaches, even when he is armed only with a camera. 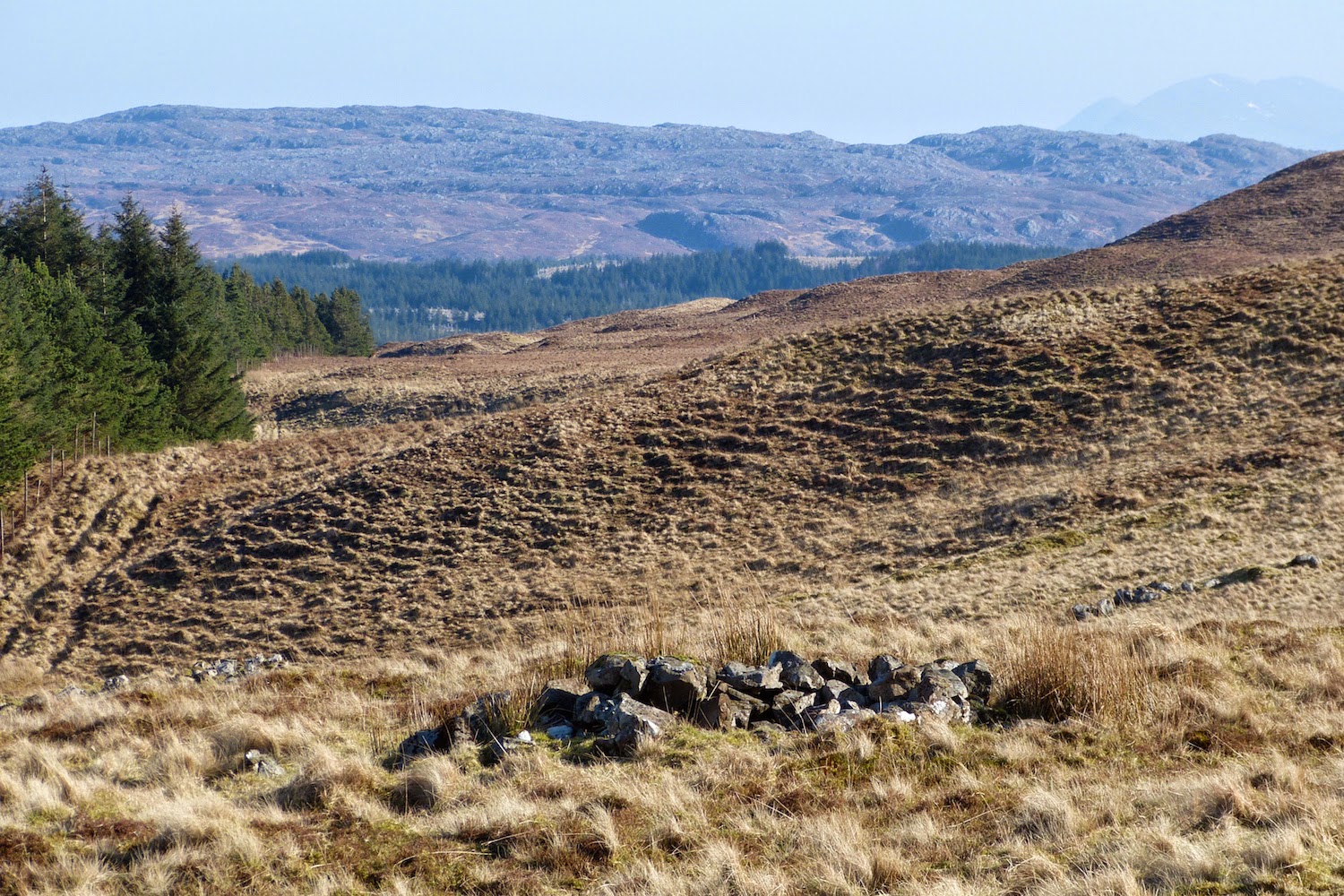 We approached the ridge from its northeast end, at the base of which lies this cairn.  It's reputed to be the resting place of Mhuchdragain, a Norse chieftain who was visiting the area to avail himself of the pretty wife of Evun Cleireach of the clachan of Choire Mhuilinn, who lay in wait for him.  The ben is said to have been named after the fierce attack which Evun launched, in which he killed Mhuchdragain. 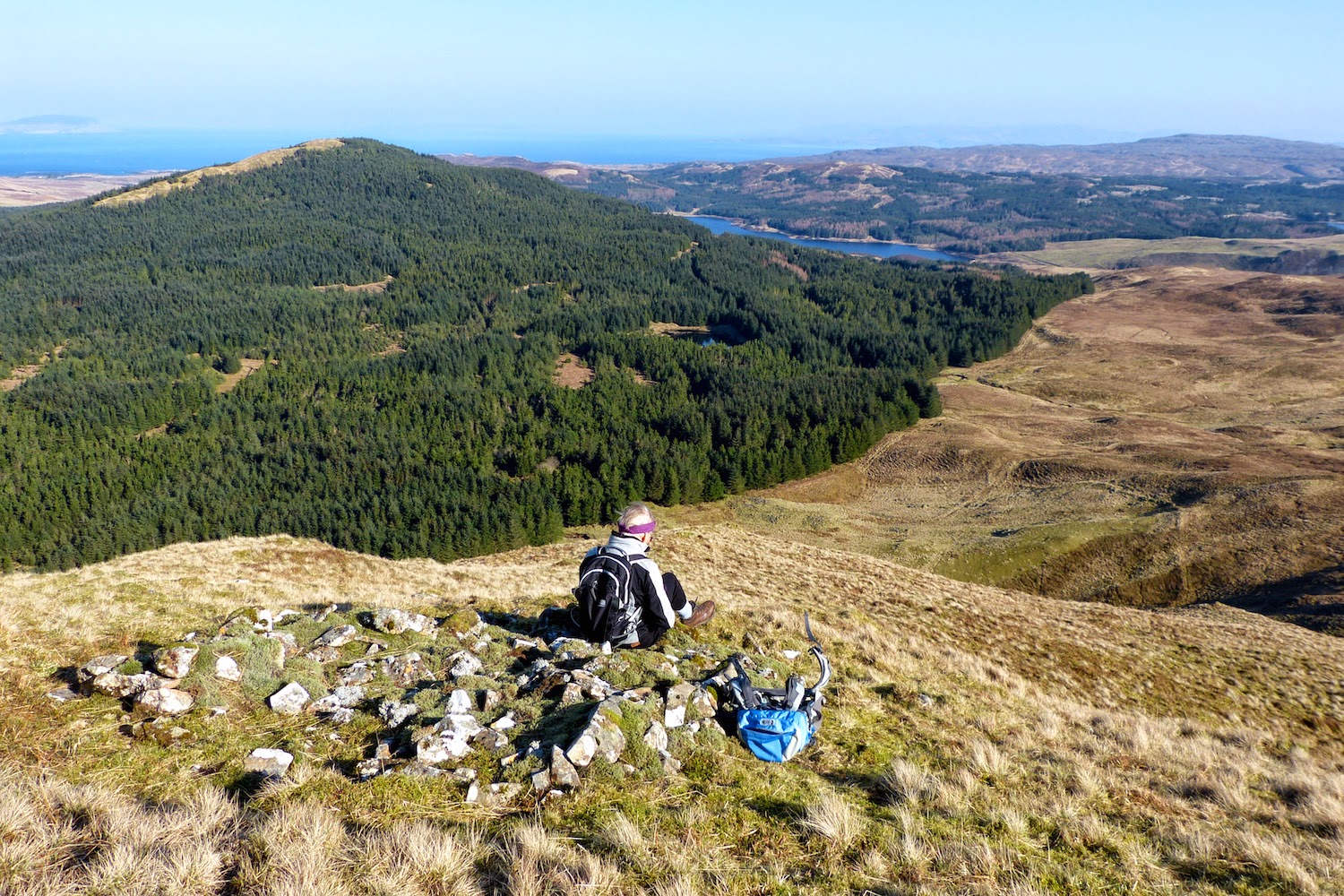 High on the slopes of the ben above Mhuchdragain's burial cairn is this horseshoe-shaped pile of rocks.  It looks down on the track which was the main approach to Kilchoan, running just this side of the modern forestry close beside the burial cairn.  One does wonder whether this was a lookout point.  It's a natural place as the views from it are magnificent. 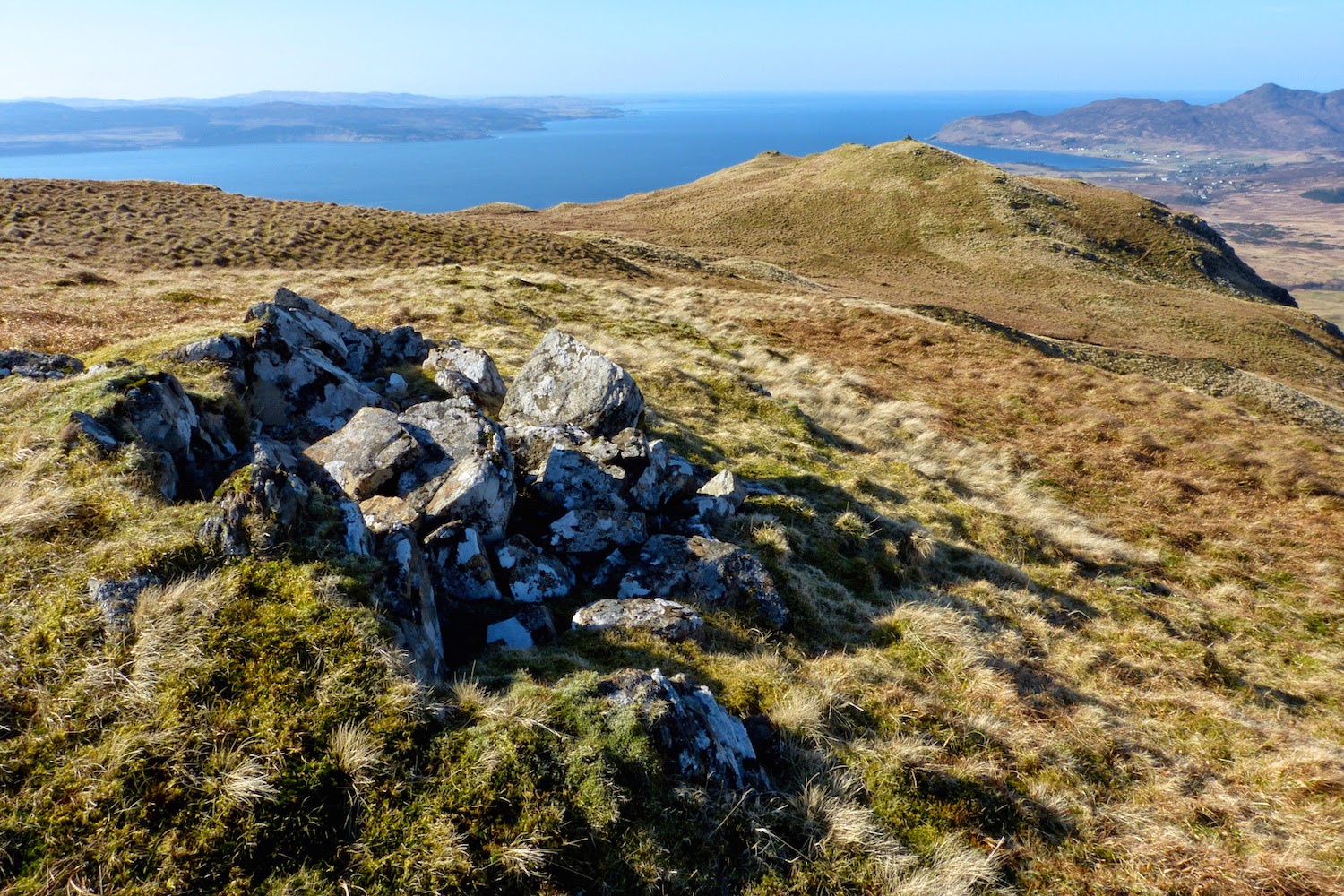 At the other end of Beinn na h-Urchrach is another, very similar cairn, which looks more towards the west, and which could be another lookout point.  In unsettled times, when the Norse were raiding along these coasts, having these manned could have offered the local clachans an invaluable early-warning system. 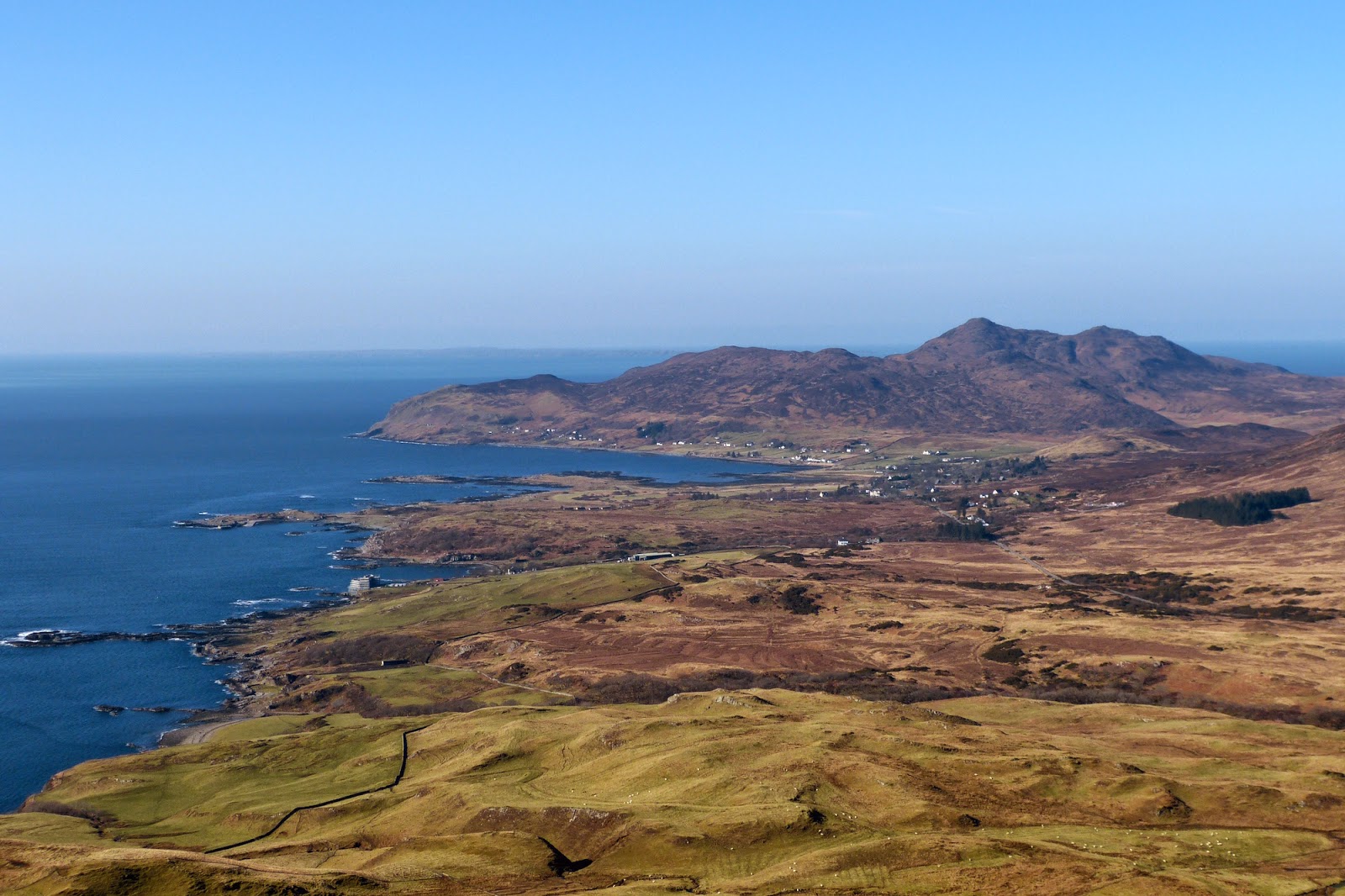 For us today, speculating about the history of the area was secondary to sitting and enjoying the magnificent views.
Posted by Jon at 15:35