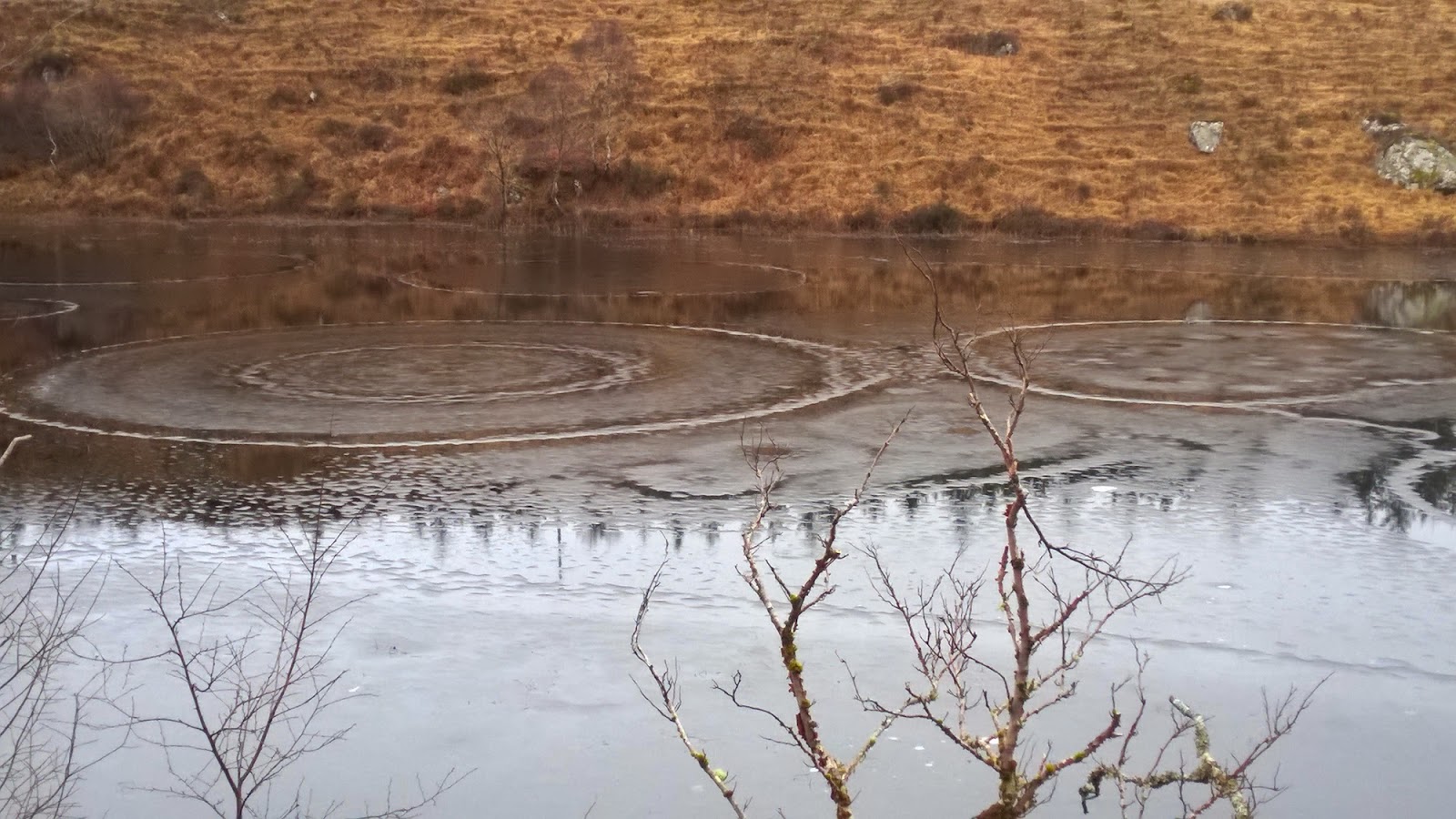 Many thanks to Jacob Hunter for sending the Diary this picture, taken on one of the lochans beside the road between Salen and Acharacle on 8th February.

It shows an unusual natural feature, ice circles.  According to information on the internet, they usually form where a gentle current is moving the surface of something like a river or stream, as the surface is freezing.  I didn't think there is a current in this lochan, but perhaps someone knows better.