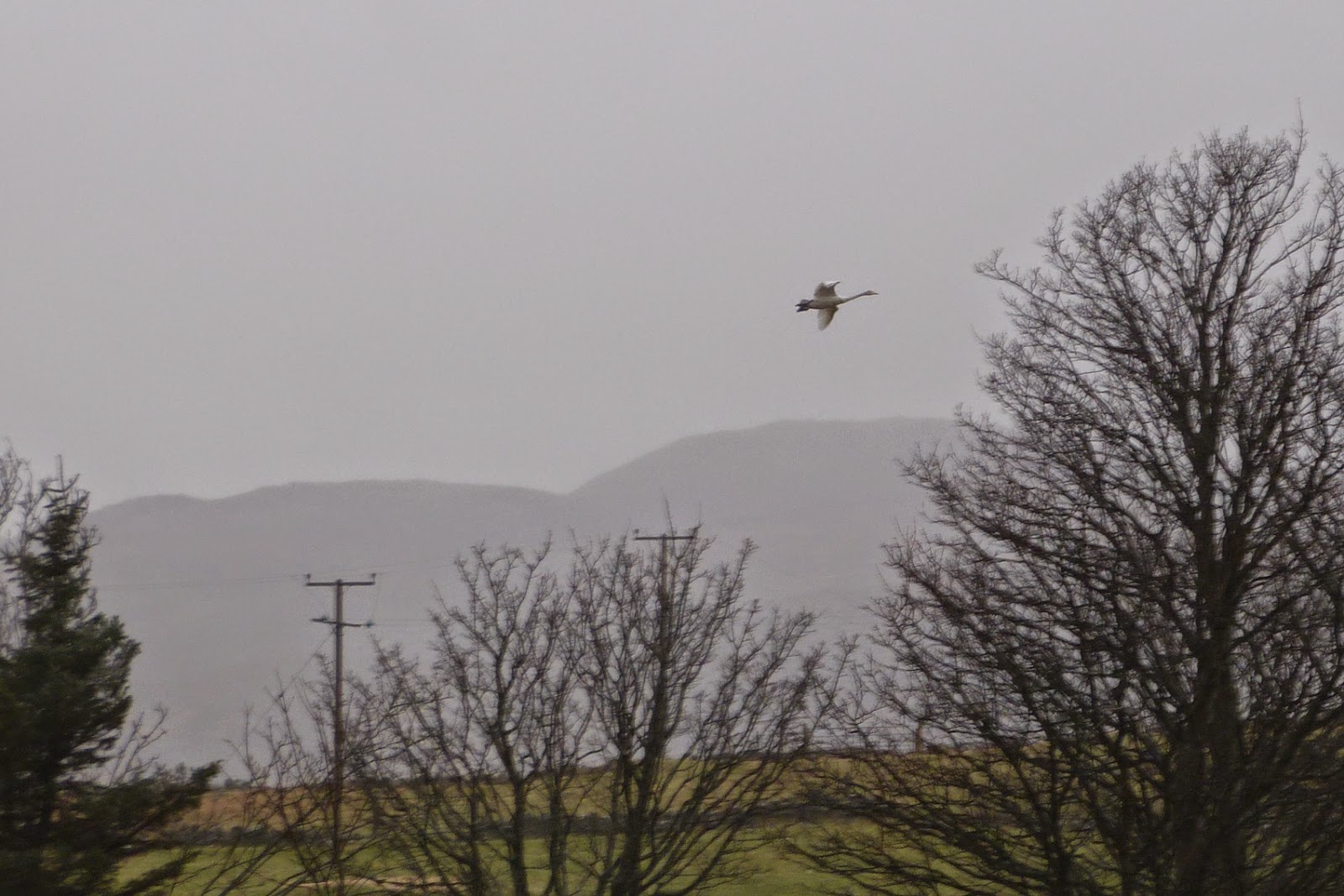 With the wind working itself up towards gale force at eight this morning, we saw this swan flying above the trees along the Ormsaigbeg road. 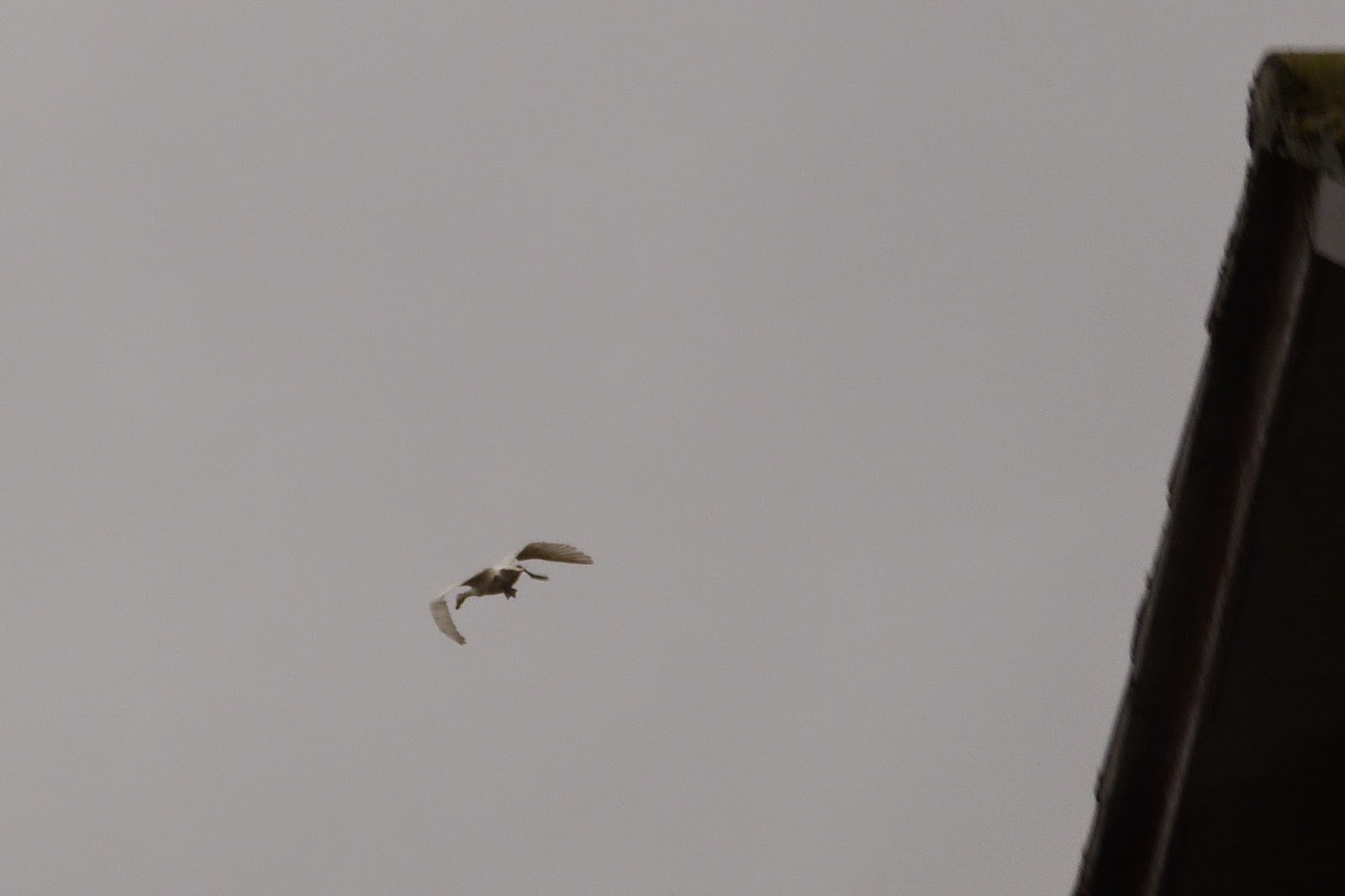 From its manoeuvrings, it was obviously trying to land, but the wind's speed, and its gustiness, made the process nigh-on impossible, and the bird became more and more agitated. 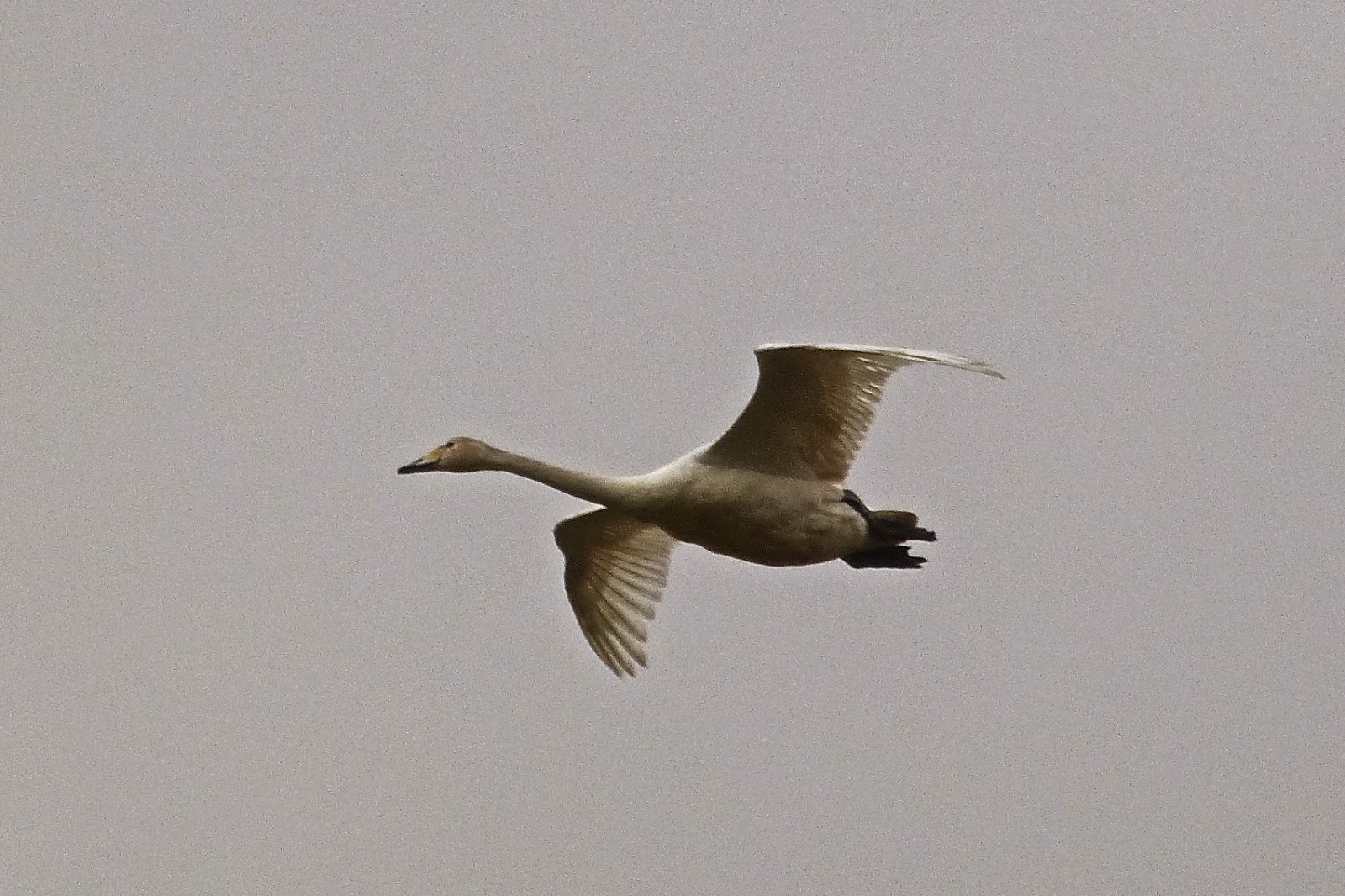 Perhaps someone can identify the species but it looked like a young bird which, had it had more sense, would never have taken to the air in these conditions.  It may have been one of a number of swans seen in Ormsaigmore earlier. 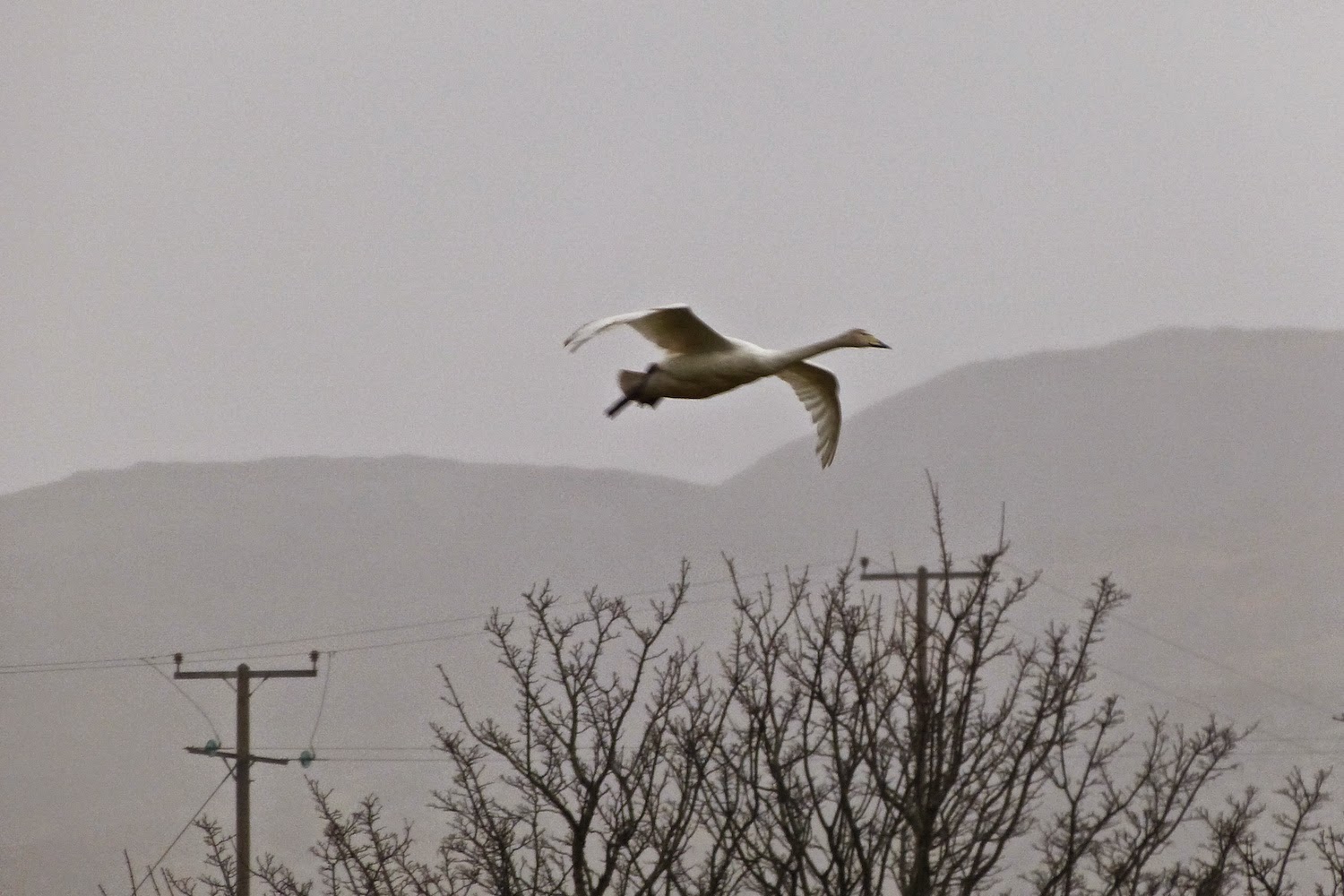 The dangers it faced are evident in this picture. In its attempts to land, it narrowly missed colliding with the upper branches of several trees, and power lines can be seen running just behind the area where it circled. 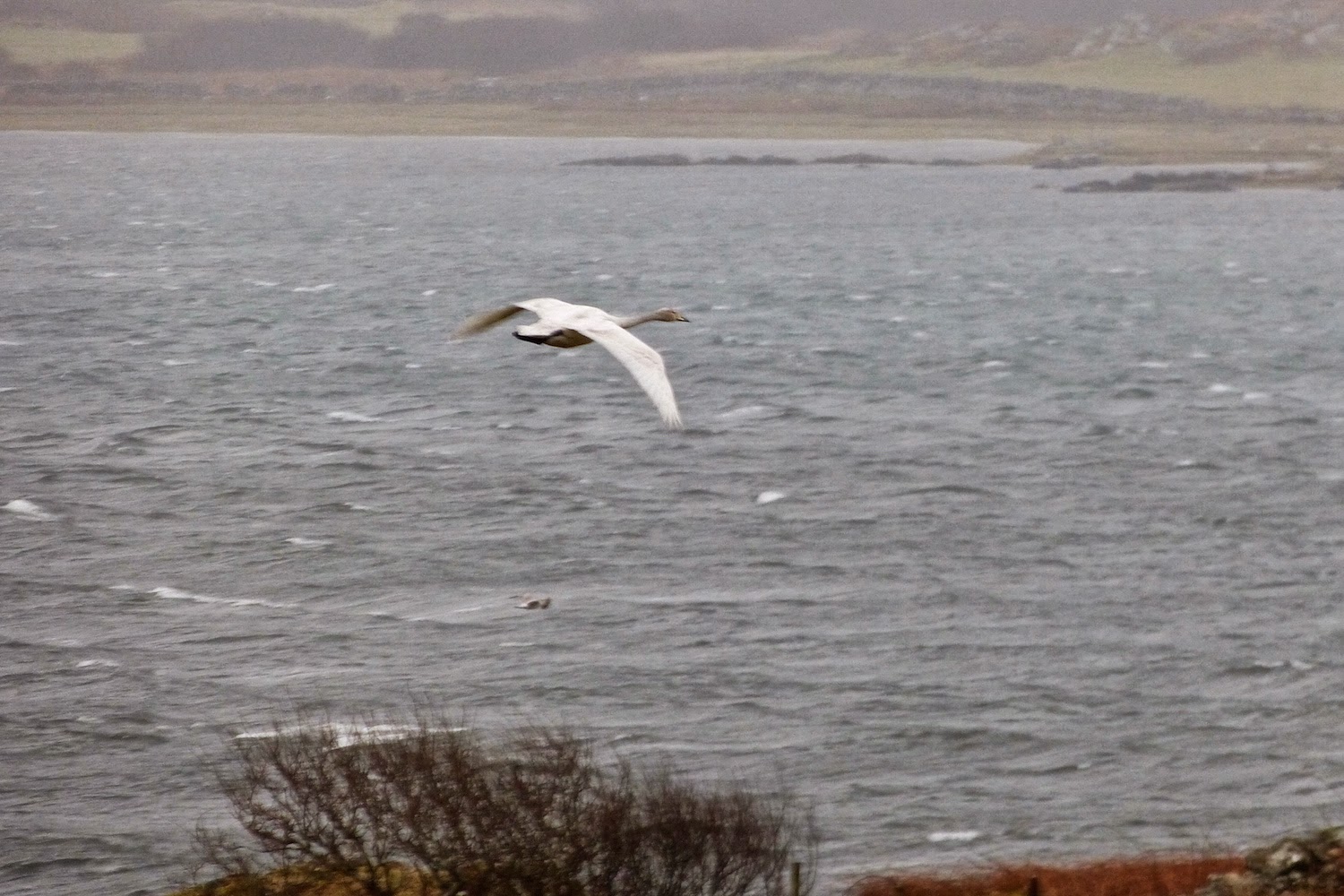 We watched it for about five minutes before it finally seemed to give up and set off towards Kilchoan Bay, but it was seen again back over the same section of road a minute or so later.  Shortly afterwards, it disappeared towards Ormsaigmore.
Posted by Jon at 08:56