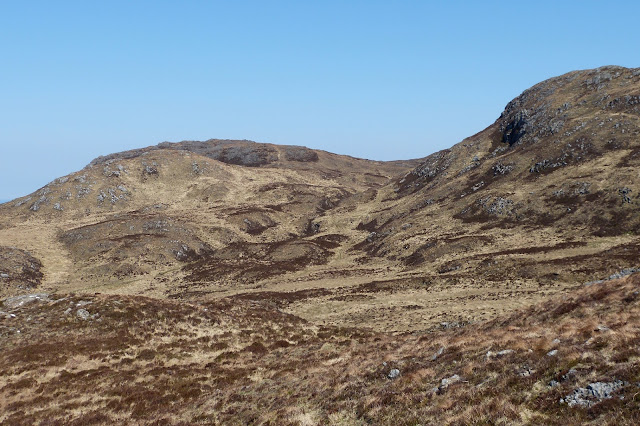 Ten days ago, the peninsula was covered in up to 4" of snow - see Diane's pictures in today's earlier blog entry. Today, we have balmy easterly winds, a temperature in the shade of over 27C, and a landscape which looks as if it has been burnt by months of tropical heat.

The picture shows part of Kilchoan township's common grazings to the north of Glas Bheinn, where we walked this morning. We had expected to find nature struggling to catch up after last week's snowy setback, but we had some surprises. 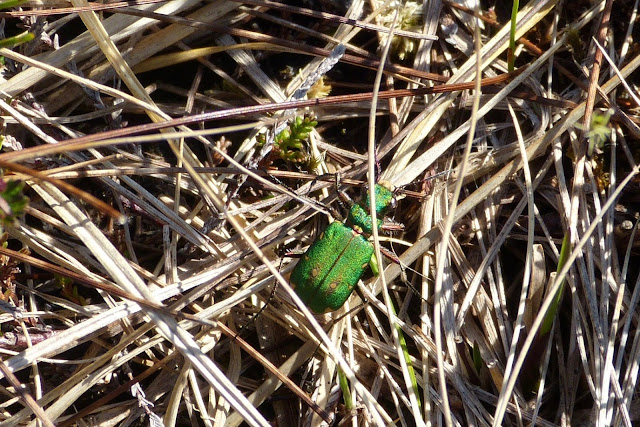 We spotted the first green tiger beetle (Cicindela campestris) of the year fighting his way through a jungle of dead grass stalks, while.... 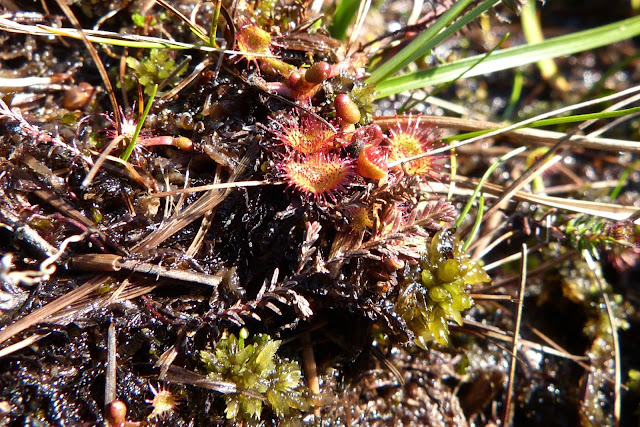 ....in the wetter soils, plenty of tiny round-leaved sundews, Drosera rotundifolia, were appearing amongst the mosses. 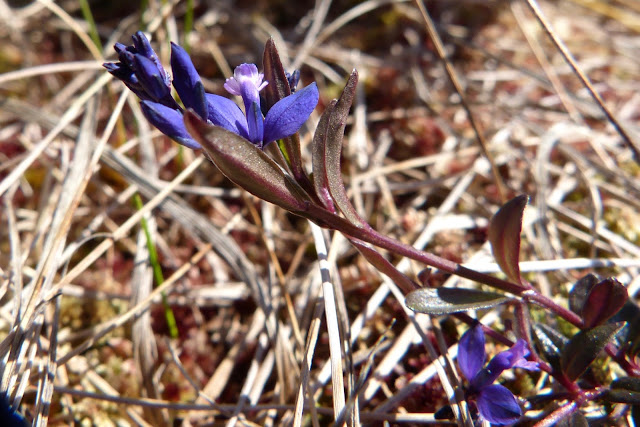 This is the first common milkwort, Polygala vulgaris, of the year, but once we'd distinguished its characteristic deep blue from the pale purples of the louseworts, which are enjoying a bumper year, we found them in larger and larger numbers. 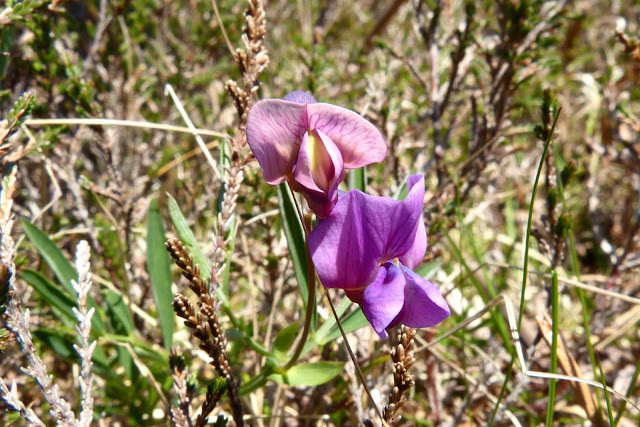 This is a lone specimen of common vetch, Vicia sativa, which is early for the area, but the biggest surprise came when.... 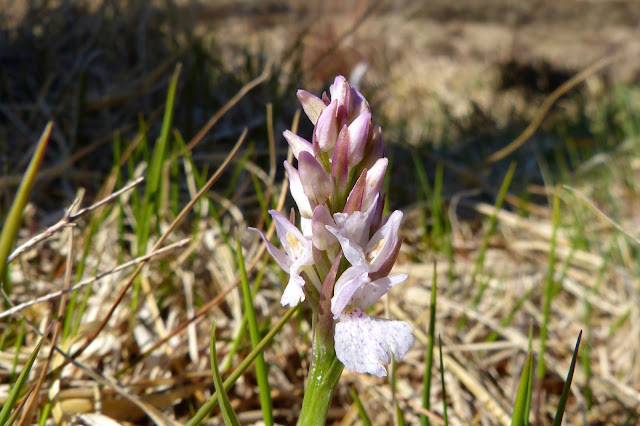 ....Mrs Diary almost trod on this, the first orchid of the year, a heath spotted, Dactylorhiza maculata. I don't think we've ever found one in flower this early before.

Perhaps the snow spurred everything into frenzied action.
Posted by Jon at 15:49