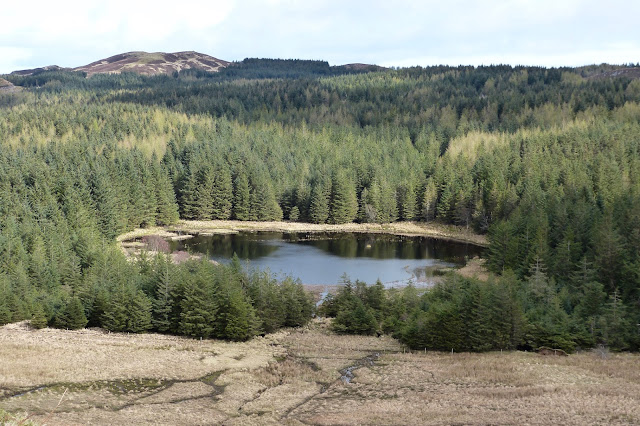 Lochan na Gruagaich, the maiden's lochan, lies to the east of Loch Mudle just inside the forestry. We had only seen this view of it, from the hill to the south, and it was one of the few lochans we hadn't visited, so we braved a scramble through the pines to take a closer look at it. 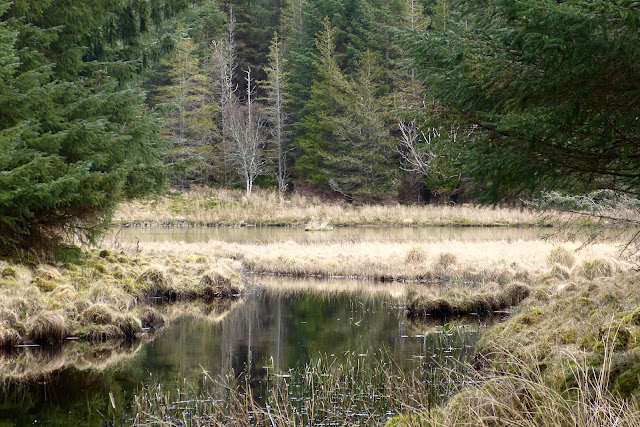 The lochan is drained to the west, into Loch Mudle, by a surprisingly large burn - until one notices that the much more extensive Lochan Mhadaidh Riabhaich, to its east, drains into it. 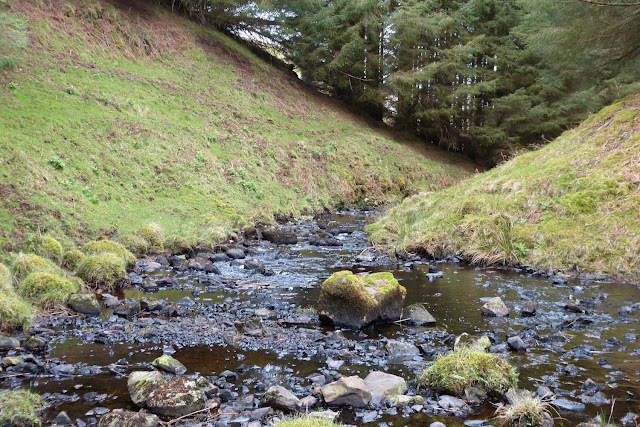 The burn cuts a wide but steep-sided glen along its short course into Loch Mudle, which suggests it might originally have been a glacial overflow channel. 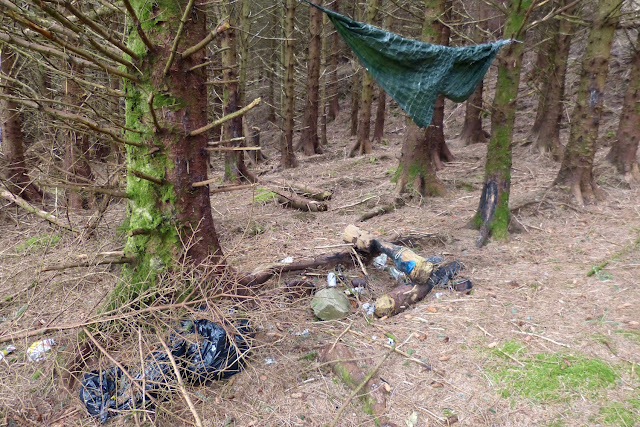 Both lochans are part of the Ardnamurchan Estate's game fishing enterprise, and one wondered whether whoever had been camping in the woodland had bought a license. As well as lighting a fire, which wouldn't have been popular with the Estate, he/she has left behind two bin bags full of rubbish as well as sundry lager cans and plastic water bottles. 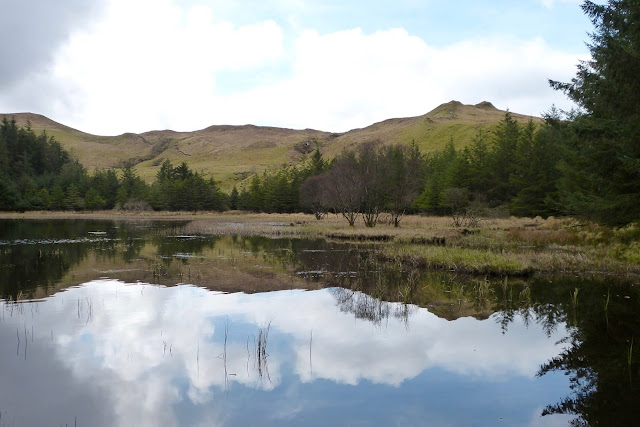 Lochan na Gruagaich is a lovely place to spend time. On the day we visited the lochan was like a mirror broken only be the occasional swirl of a trout. But.... I wonder, who was the maiden after which it was named?
Posted by Jon at 10:26