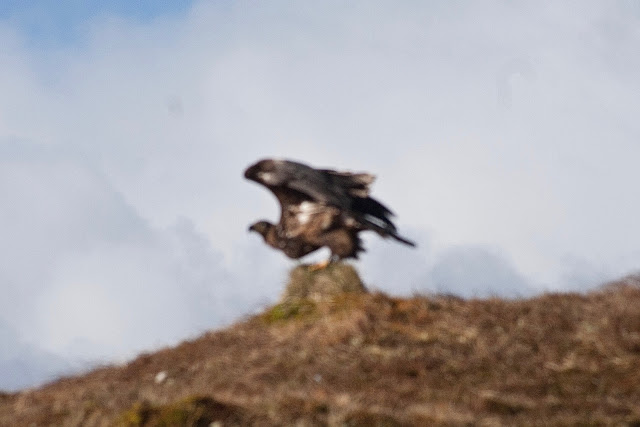 Ritchie Dinnes writes, "We were off to the Fort early on Saturday morning and I brought my camera in order to catch some of the snowy vistas. We had not even reached the cairn when we came across a sea eagle sitting on an outcrop just metres from the road. I reached for the camera (which was set at manual) in a panic and tried to capture a picture, however the eagle then took flight. This is not quite in focus but you can see the power that is required to get a bird of that size into flight." 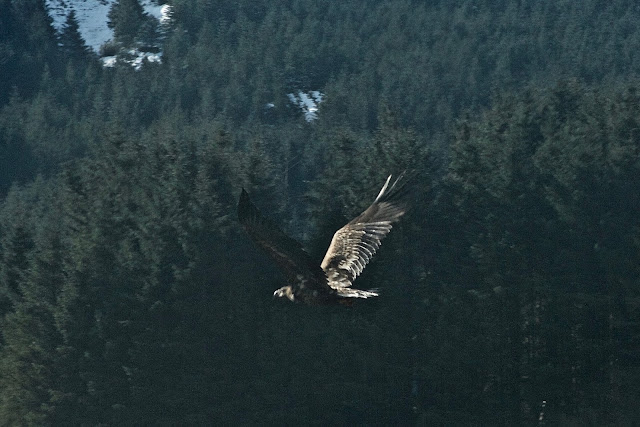 But Ritchie had more luck with this image of the eagle as it flew off past the Beinn nan Losgann forestry.

Many of us can empathise with Ritchie, having seen a chance at a prizewinning shot and not been able to get the camera out in time and on the right setting.

Many thanks to Ritchie for pictures & story.
Posted by Jon at 10:45