Sanna in the Snow 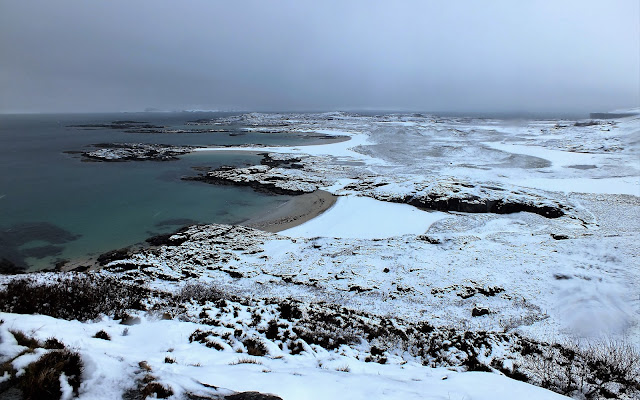 Many of us probably have affectionate memories of this view of Sanna but not with its landscape looking like this!

Special thanks go to Diane Todd for sending the Diary her pictures, taken only ten days ago following the freak snowstorm of Thursday 28th April that left the peninsula blanketed in snow up to 4" thick. 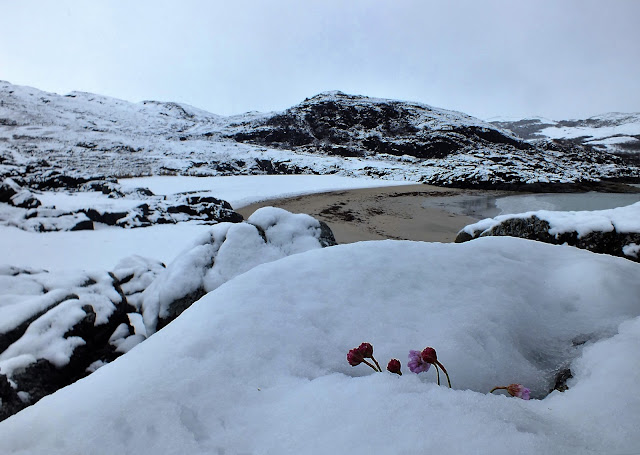 The sea pinks - thrift - were just coming into flower. They're a hardly little plant growing, as they do, right beside the sea, but even they must have had a surprise when they were buried in snow. 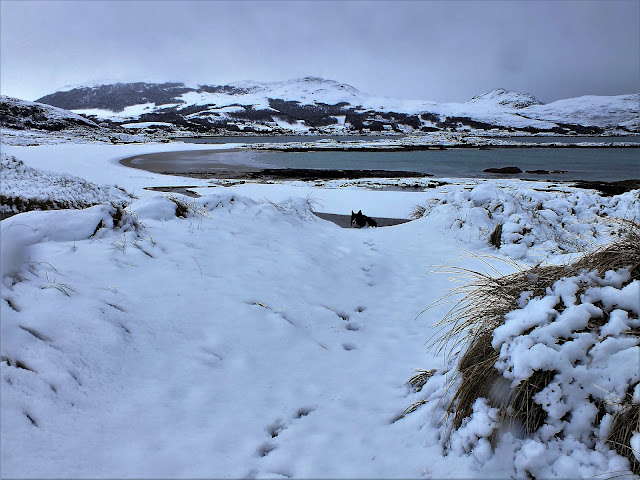 The Diary welcomes photos from visitors to West Ardnamurchan, particularly when they are of the quality and originality of Diane's.
Posted by Jon at 14:37