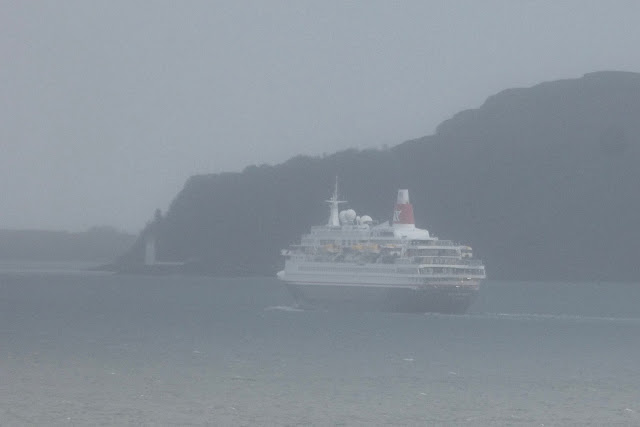 This morning started mucky, not the ideal weather for a shipload of tourists to be arriving in Tobermory looking for a day ashore. This is the Fred Olsen cruise ship Boudicca, launched in 1973 as the Royal Viking Sky, since when she has sailed under nine more names varying from the Hyundai Keumgang to the Grand Latino. 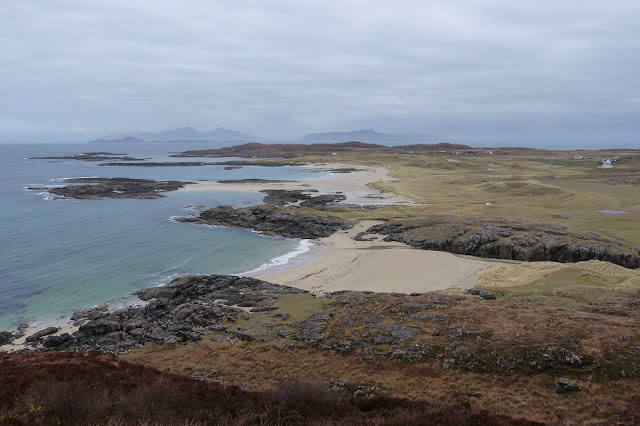 With the forecast indifferent and the going wet underfoot, we opted for a gentle walk along the sands at Sanna, arriving there just before ten to find ours the first car in the car park - with the result that we had the beaches to ourselves. 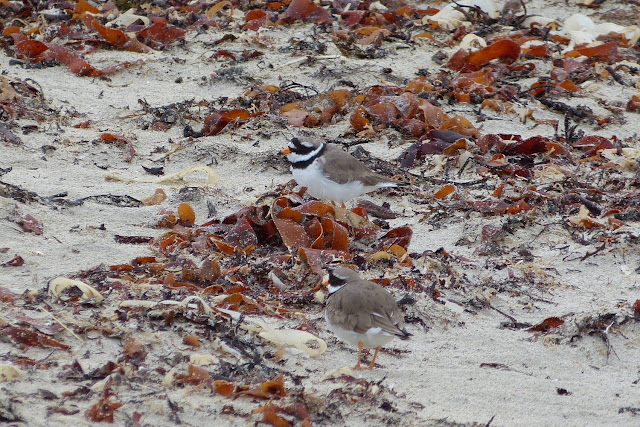 We checked the area where we had found a plover's nest back in early April - post here - to find that a recent high tide had removed all trace of it. However, four or five ringed plovers were running around in the vicinity, so we hoped that these were the parents and their young. 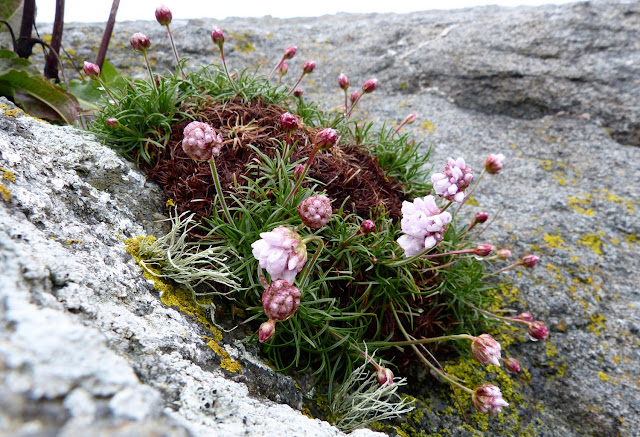 Despite the recent winter weather, each day we find another spring 'first'. This is the first thrift in flower, a plant which grows close to the tide mark in the most barren and exposed of positions. 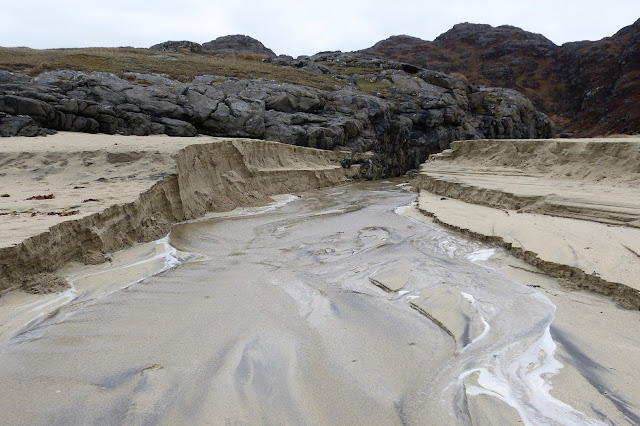 Sanna's beaches are constantly changing, depending on tide and weather. Recent rain and snow melt have removed large amounts of sand from the southernmost of the beaches, creating a topography that looks like the Grand Canyon. 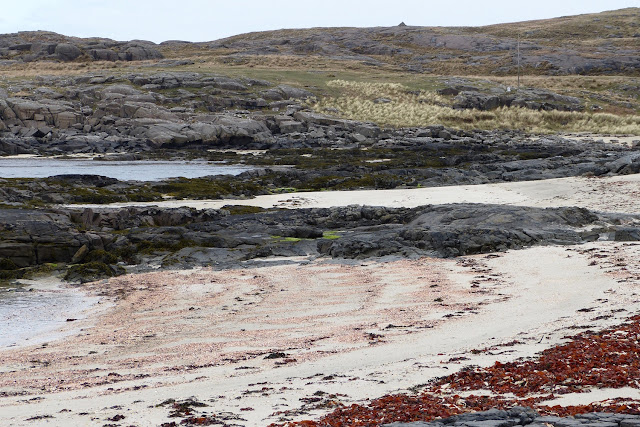 But what is it that makes this beach, year after year, the preferred dying place for many of Sanna's molluscs? Through much of the winter the beach has been a normal Sanna white sand beach, but now it's pink with.... 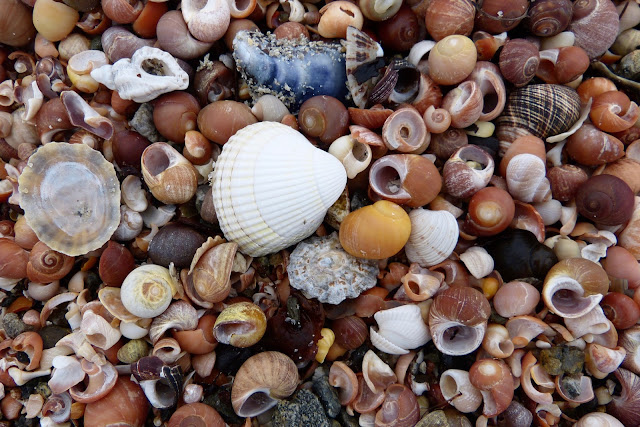 ....the accumulation of thousands of shells. In this picture there are at least seven different species, though the most prevalent and colourful is Littorina obtusata, the flat periwinkle. 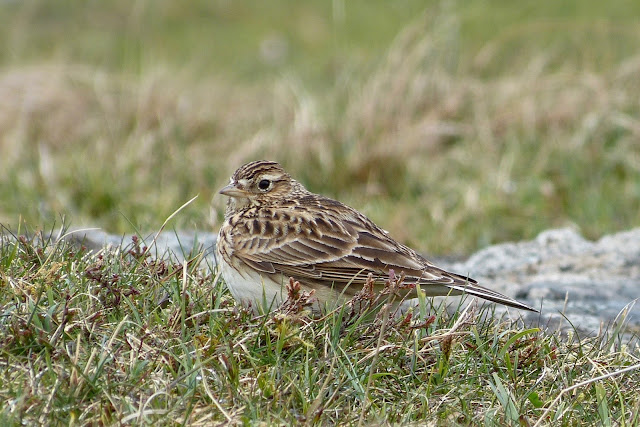 Despite the overcast, the machair at the back of the beach was alive with small birds - skylarks singing above us, wheatears scolding us as they flew from tussock to tussock, and masses of these pretty little birds which I think are meadow pipits. 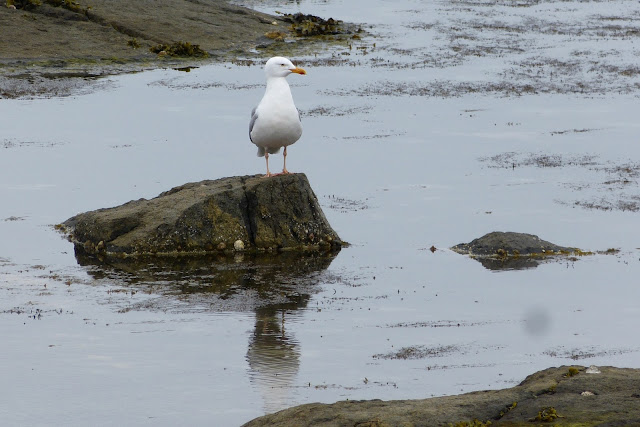 This herring gull stood on a rock and watched us as we passed. The tide was sliding in across the sand so the rock the gull was standing on became smaller by the minute. He looked very serious, so perhaps he was mourning.... 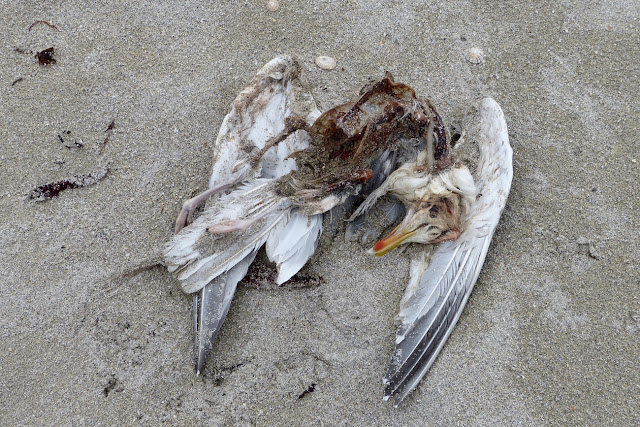 ....a relative who looked very much as if he had been taken by a predator and neatly butchered, the corpse left lying on the sand looking just like the fossil archaeopteryx one admires in London's Natural History Museum.
Posted by Jon at 16:06