Grow Your Own Cinema 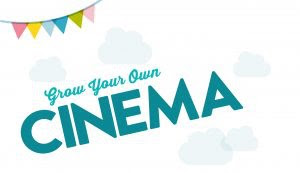 West Ardnamurchan Community Development Company has successfully applied for help in exploring the possibility of setting up a local film club or cinema, with funding from the ‘Grow Your Own Cinema’, a project supported by Cinema For All and Voluntary Arts Scotland set up to encourage voluntary arts groups to put on their very own film events.

In February 2016, the project launched an initial call-out for expressions of interest in Grow Your Own Cinema from voluntary groups from all over Scotland, and Ardnamurchan was one of four areas in Scotland which was shortlisted to be a part of the project:

The project will include:

• Free training day at the Sunart Centre in Strontian, with a Cinema For All project officer and other film-related groups, covering topics such as Film Licensing, Technical Equipment and Event Marketing.

• Funding to cover hire of equipment (if necessary) and film licence for your group’s initial screening.

• Follow-up support and advice from Cinema For All project officer.

The first stage of the project is to send up to five people for a day’s training and information session with other community groups which will be held in the Sunart Centre, Strontian on July 12th. If anyone is interested in being involved or can come along to this day, please get in touch with Dale Meegan on 01972 510322 or at dalemeegan@yahoo.com. Ideally, the Development Company would like a cross section of members of the community to be involved.
Posted by Jon at 15:00