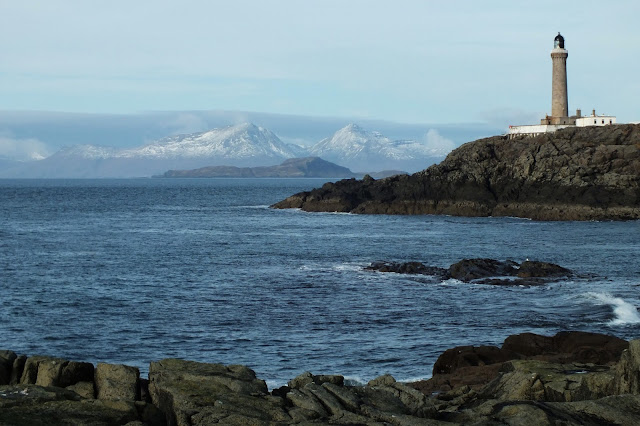 Diane Todd has sent me some more of her super photos taken after the sudden dump of snow almost a month ago on April 28th, which melted away quickly enough at low level on Ardnamurchan but left us with some stunning distant views of snow-capped mountains. This picture shows Ardnamurchan Point lighthouse and the snow-free island of Muck with, behind it, the rugged mountains of Rum. 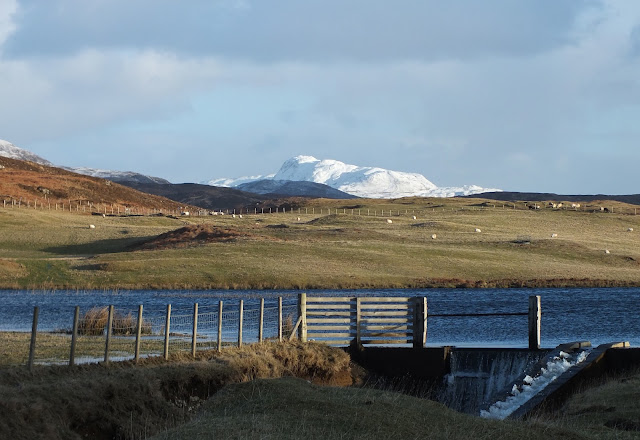 This picture looks from the banks of the Allt Grigadale across the weir and Loch Grigadale to the snows on Ben Hiant. 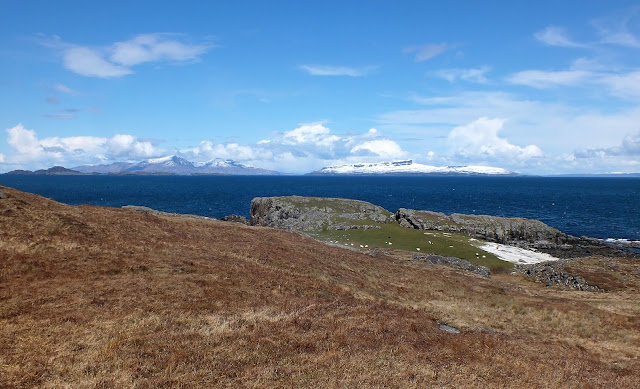 From the hills to the north of Sanna, this view looks north across Rubha an Duin Bhain to, from left to right, Muck, Rum and Eigg, while.... 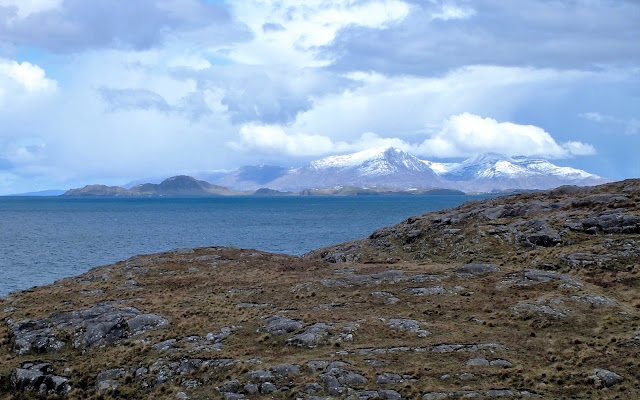 ....this one shows a slightly different perspective of Muck and Rum, but with Canna visible on the horizon to the left.


Many thanks to Diane for allowing me to use her photographs.
Posted by Jon at 10:44