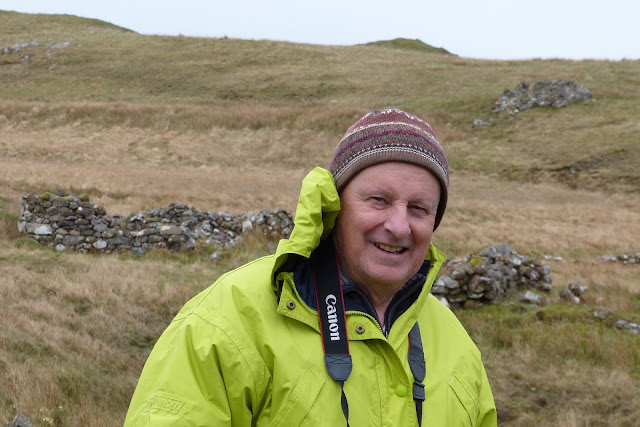 It was very good to welcome Owen Hughes to West Ardnamurchan, and to spend yesterday afternoon with him. Owen lives in Quebec, Canada, but comes originally from Australia. In turn, his Australian ancestors originated in Bourblaige, an Ardnamurchan township which was one of those cleared in 1828 on the instructions of Ardnamurchan Estate owner Sir James Milles Riddell. 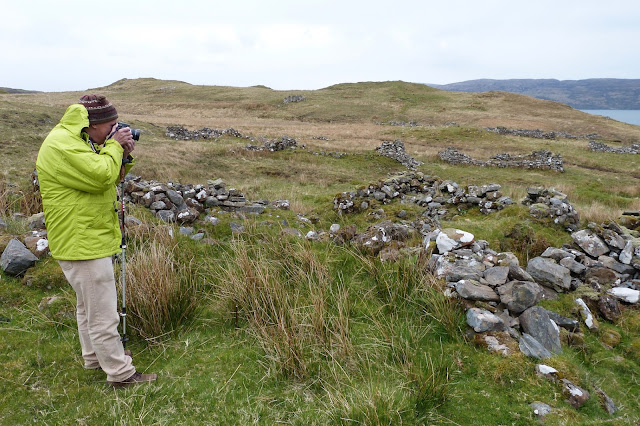 Owen's ancestor, John Stewart, born in 1802, was one of those moved out of Bourblaige but, unlike the majority who were shifted to other clachans on western Ardnamurchan, such as the Swordles, Owen's forebear moved to Acharacle. He didn't stay there long for, leaving behind his father Dougald, in 1839 he and a brother took ship from Tobermory to Sydney, from where they moved to settle in the Clarence River area. 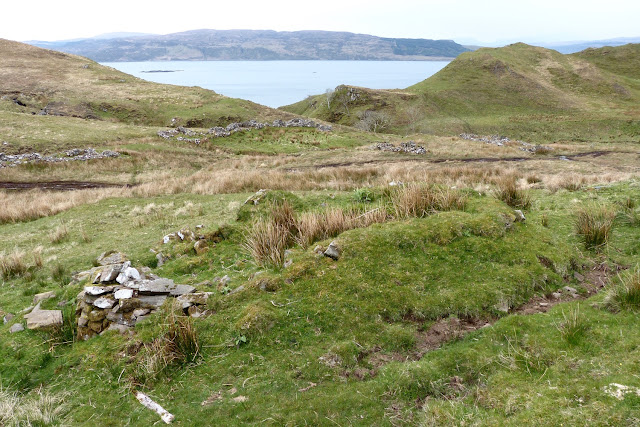 Sadly, records do not exists of which family lived in which of the many ruined buildings of Bourblaige, but this is one building in which Owen can be fairly certain John Stewart spent time. It's the settlement's corn drying kiln, where the annual barley crop was processed so it could be stored through the winter. The building is in remarkably good condition, with the kiln itself extremely well constructed. 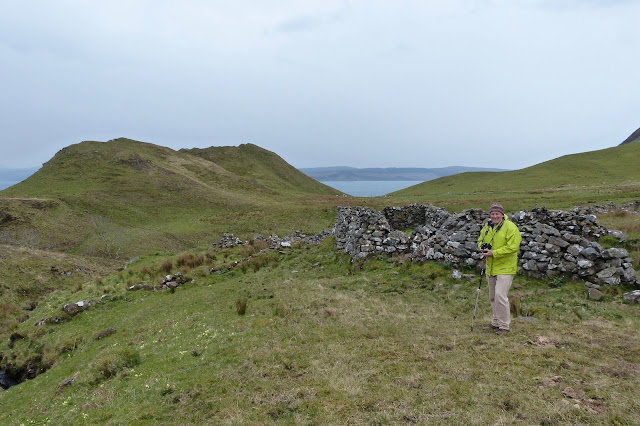 Bourblaige is a hauntingly beautiful place, even in yesterday's thin drizzle that simply would not clear so that Owen could enjoy the sunlight moving across the lower slopes of Ben Hiant. We hope sincerely that he will return so that he can spend more time exploring the home of his ancestors.

Anyone visiting West Ardnamurchan in search of their ancestors is very welcome to contact the Ardnamurchan History & Heritage Association which will arrange for someone to accompany them to sites such as Bourblaige. Initial contact can be made through the Kilchoan Diary at kilchoandiary@btinternet.com.
Posted by Jon at 19:48