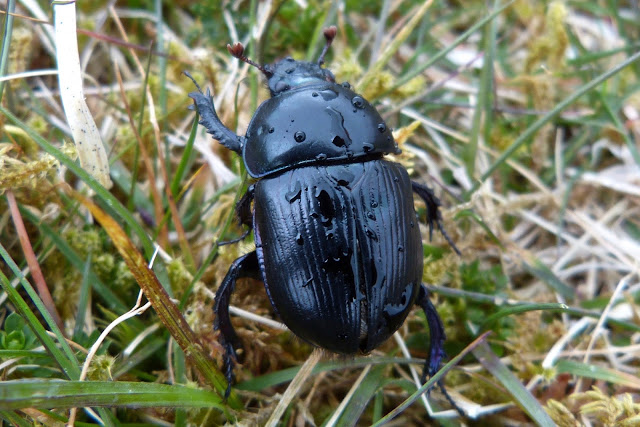 The first dor beetles are usually around in April but they seem to have appeared late this year. Perhaps they knew that we were going to have some late-April snow and stayed safely underground until it had cleared.

This is the first dor beetle of the year. He was making his way across a sheep-mown field in the rain, and making very heavy weather of it. 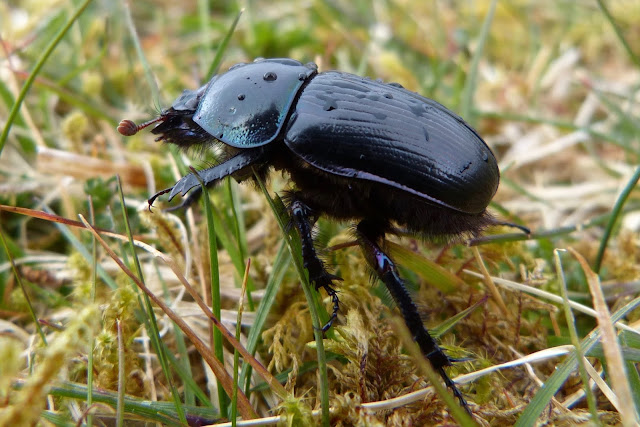 Dor beetles can fly - just, and very erratically. Perhaps he was too cold to risk taking off but had to find something to eat. This shouldn't have been difficult as the dor is a dung beetle and, with plenty of sheep around there was plenty of that. However, the book says that dor beetles prefer cow dung: to have found any cow droppings he would have had to walk a very, very long way. 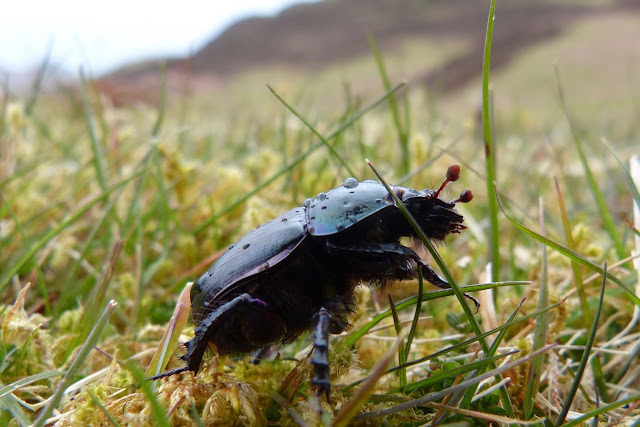 Dors are big beetles, this one being almost an inch long. Although they look black, in certain lights and from certain angles they have a beautiful purple-blue sheen to their carapace. This was best seen back in July 2014 when some dors were seen falling around - blog entry here.
Posted by Jon at 07:06