The Peat of Cathair Mhic Dhiarmaid 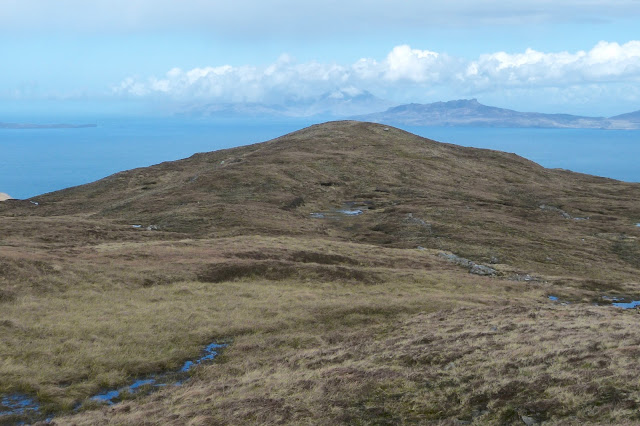 The hill called Cathair Mhic Dhiarmaid, where we walked yesterday, is a roughly two kilometre long ridge in the shape of an upturned boat. The Gaelic word cathair, according to the OS mappers of the feature, means seat, bench or fortified place, but there's no sign of any of these. 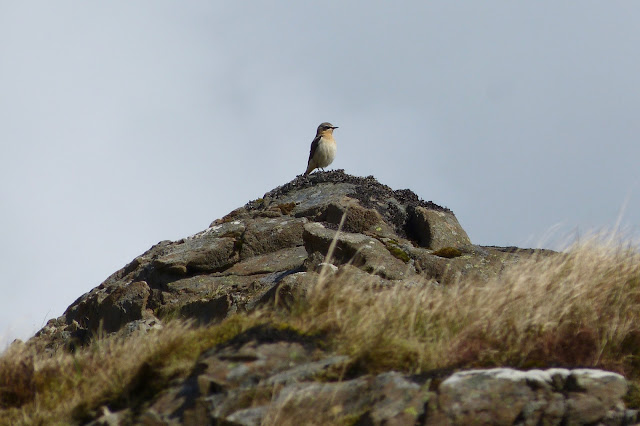 The rocks of which the ridge is formed are mainly quartz dolerites and granophyres which were intruded as concentric sheets deep beneath one of the Ardnamurchan volcanoes some 60 million years ago. In places, eroded outcrops protrude to form vantage points which, at this time of year, are much favoured by the wheatear males which are busy staking out their territories. 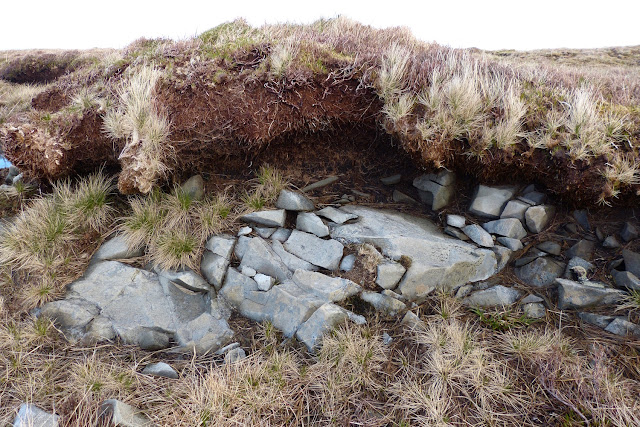 However, over most of the ridge summit the rocks are covered with a layer of peat which, where there were once depressions in the rock.... 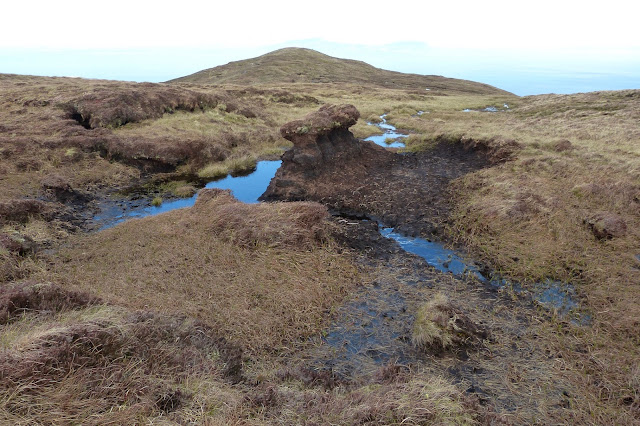 These thick accumulations occur elsewhere on the tops of hills, for example around the big wind turbine at Beinn Bhuidhe. Presumably they formed at a time when the climate was warmer and wetter, but today they are being eroded, in places at an alarming rate - the hoodoo-like formation in the middle of the picture is over two metres tall, and the underlying rock isn't exposed at its base. If this continues, the bare rock bones of the ridge will increasingly be exposed.
Posted by Jon at 11:50

Email ThisBlogThis!Share to TwitterShare to FacebookShare to Pinterest
Labels: geology