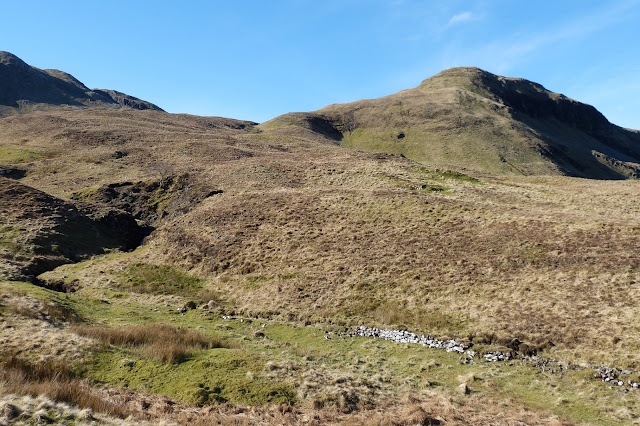 The stone field walls that criss-cross this peninsula fascinate me.  Many of them are obviously old, and some may be very old indeed, but dating them is very difficult.

This wall is an example of one which can, to some extent, be dated. It follows the course of a burn which drains the northern slopes of Ben Hiant and disappears into the forestry that covers the slopes of Beinn nan Losgann. The picture shows it at bottom right, with Beinn na h-Urchrach in the background. 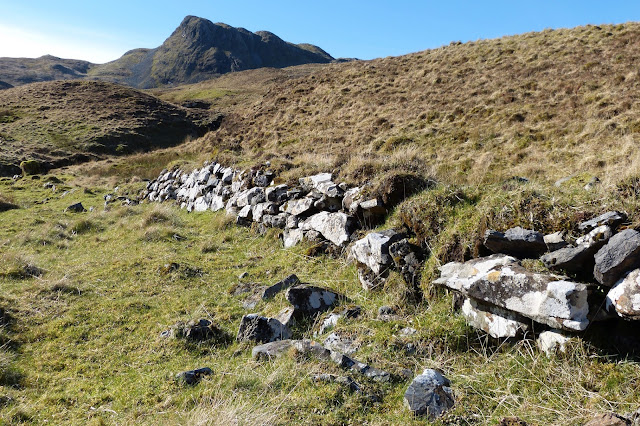 The stone part of it is low, less than 0.5m high, though it was probably raised in its time by the addition of peat blocks. Even so, it was never a wall that was designed to exclude anything, and certainly not the very agile animals that were kept in the local clachans. 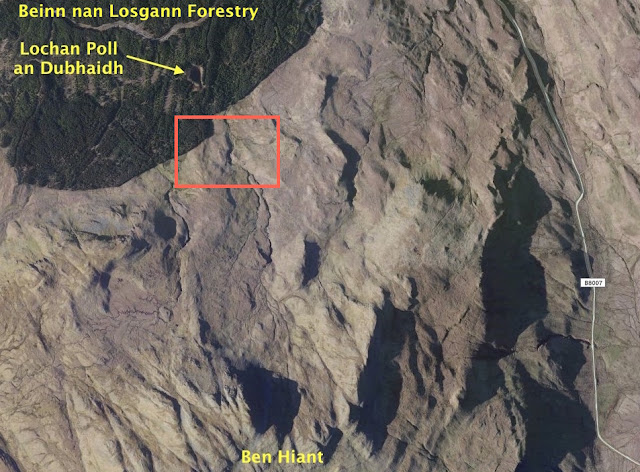 The burn it runs alongside can be seen in the centre left of this Bing satellite image. While it doesn't drain into Lochan Poll an Dubhaidh, the lochan is a useful feature in locating the wall. It's possible to zoom in to the pink area.... 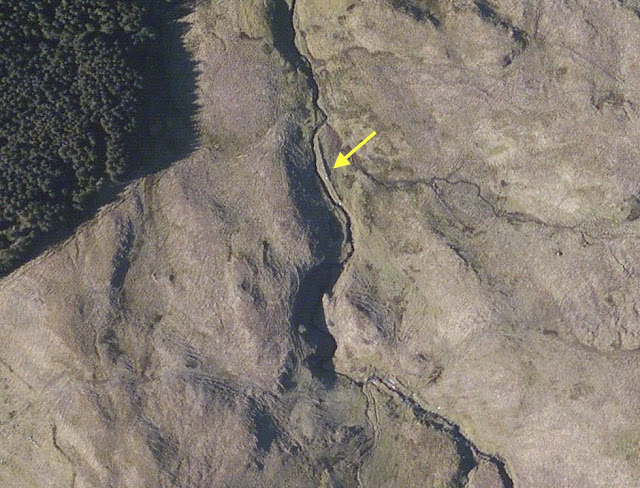 ....close enough to be able to see the wall, and to see that it doesn't extend very far, suggesting, once again, that it had a limited but particular purpose. 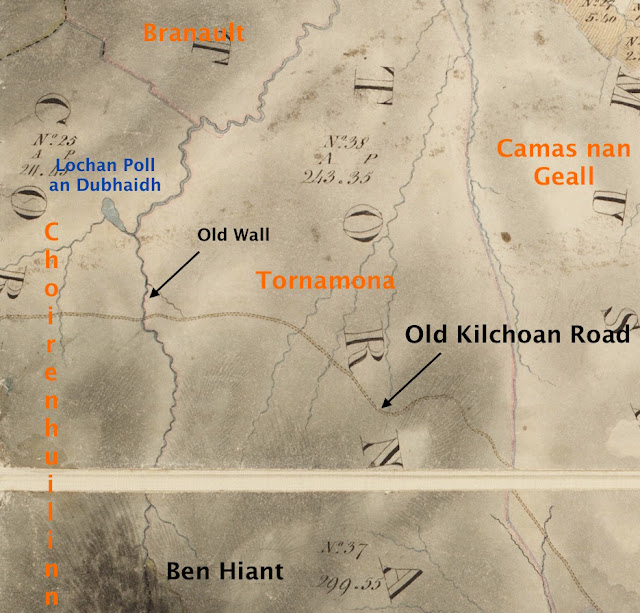 This is a clip from William Bald's 1806 map of the Ardnamurchan Estate, showing the same area. The lochan helps to locate the position of the wall.

The wall can be seen to run along the boundary between Choiremhuilinn's common grazings and those of Tornamona, and it's right beside the point where the old road into Kilchoan crosses that boundary.  So it's main use was probably to delineate the boundary between the two clachans. Such walls are called march dykes.

Since these clachans are probably hundreds of years older than Bald's map, this is likely to be a very old wall.
Posted by Jon at 11:44