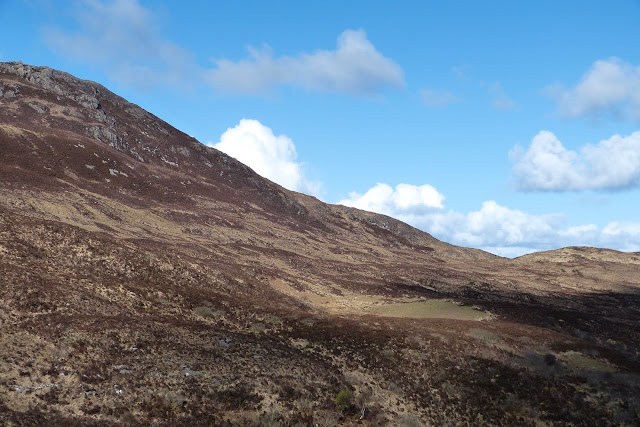 This is part of the north slope of Beinn na Seilg. The area of flat land which is clear of heather is a field. In winter, it's grassy, but by late May bracken will have buried it - but the bracken is a sure sign that it was worked because it has slightly richer soil than the moorland surrounding it. 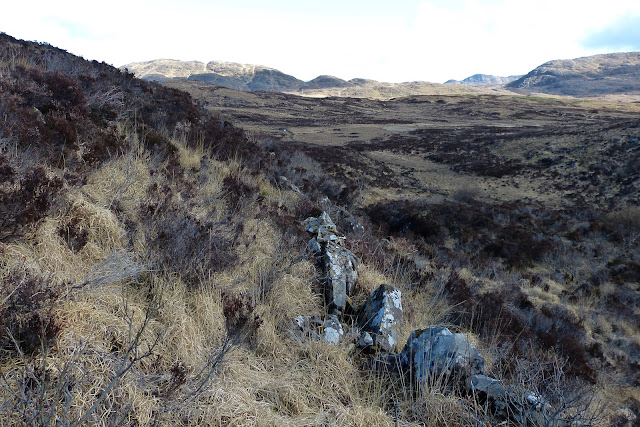 On our way to it, we had to scramble down into a steep-sided little glen, and then up the other side. At the top a section of wall, made of large blocks, stretched for less than ten metres before stopping. It appeared to have no purpose, yet someone had given hours of hard labour to construct it. 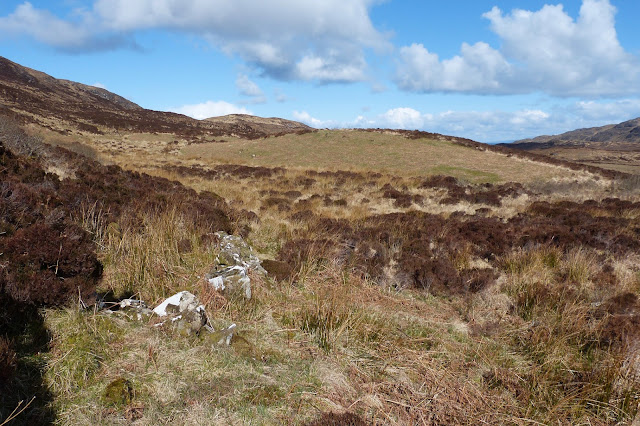 As we approached the field we found the remains of a building, 2.5m by 4m, tucked against a bank. The rocks which form the remaining outline would have been used as a base on which to construct a house of turf walls with a roof of woven saplings covered with grass and heather. Since this field is on Ormsaigmore common grazing and miles from Ormsaigmore itself, one imagines that whoever worked the field lived here, at least through the summer season. 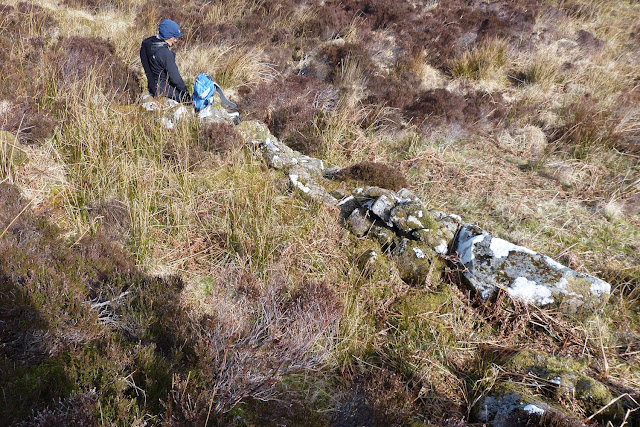 It's a lonely place, and it would have been a very hard and precarious existence. Visiting the site left me wondering who had lived here, and when, and why he or she had preferred to stay so far away from the rest of the community.
Posted by Jon at 09:05