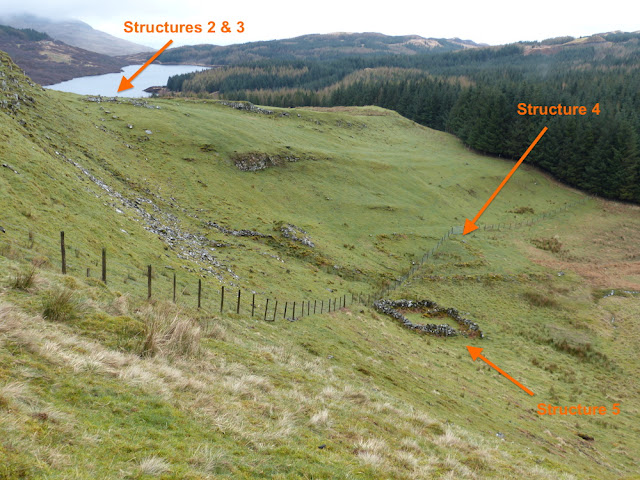 The view that, in pre-clearance times, the predominant settlement pattern was of houses grouped into clachans, seems largely true but, more and more, we're finding isolated buildings which were obviously dwellings, often with associated structures such as byres and sheep folds. A good example of such a farmstead is the settlement in this picture, close to Lochan na Gruagaich (just out-of-picture to the right, with Loch Mudle in the distance). Structures 2 & 3 are the house and, perhaps, a byre; 4 is what appears to be a very old animal enclosure; and 5 is a more recent enclosure. 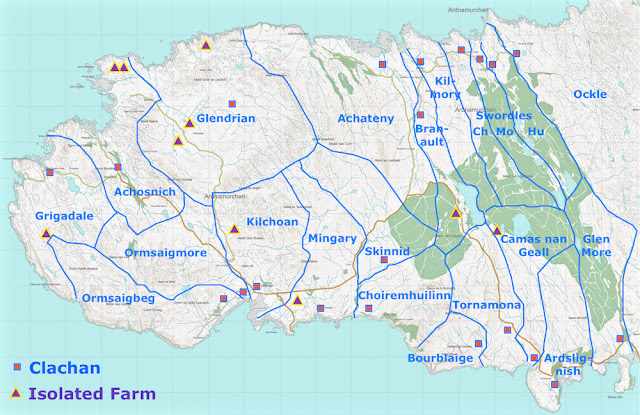 Members of the Ardnamurchan History & Heritage Association have begun to map these isolated farmsteads across western Ardnamurchan. While there are ten identified so far, we're finding more. However, one of the problems associated with them is dating. The dilapidated condition of some, such as.... 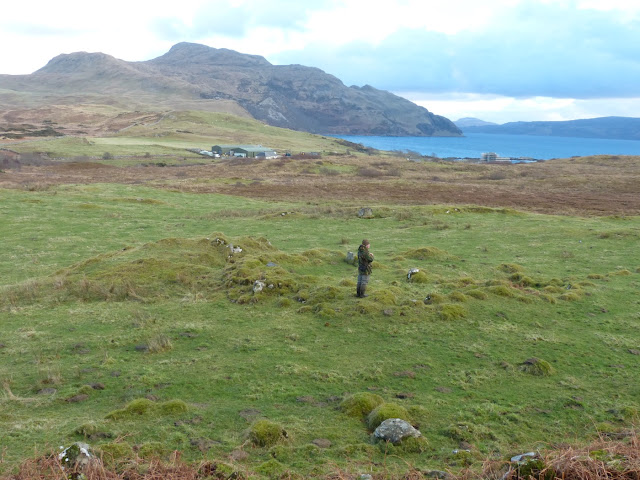 ....this one, which was found during an expedition with the Raptor on Mingary clachan land near the summit of Torr Solais between Mingary Castle and Kilchoan, suggest they may be older than eighteenth century, when many of the stone houses in the clachans were constructed. 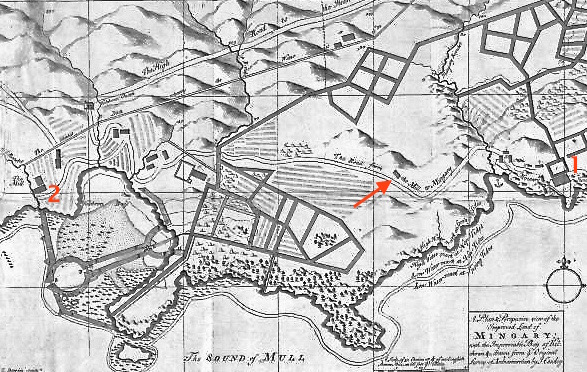 This map, drawn by John Cowley in 1734 for the then Ardnamurchan Estate owner, Sir Alexander Murray, at last offers some evidence of their age. The arrow beside the track between Mingary (1) and the Mill at Kilchoan (2) pinpoints a structure which is very likely a farmstead.  It's a large building, aligned roughly NW-SE, and at the southern end of Torr Solais. The one in the previous picture is too small and in the wrong place, so we went looking for something that might fit the description. 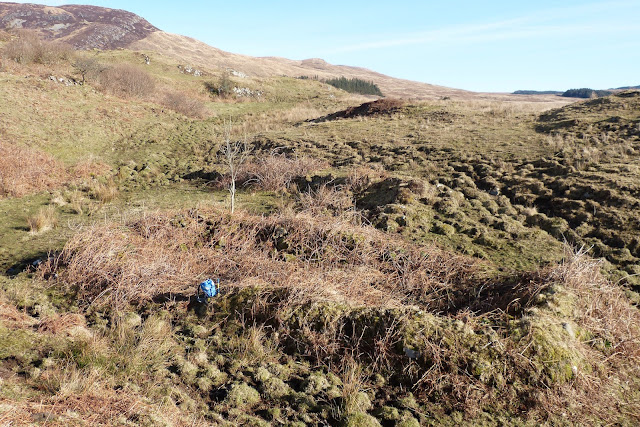 It's very pleasing when such a search is successful. This very substantial building was covered in brambles but is in exactly the right place. Measuring 12m by 5m, and with the right orientation, it's far bigger than the previous building and could well be the farmstead on Cowley's map.  So at least one these isolated farmsteads was in existence in 1734. 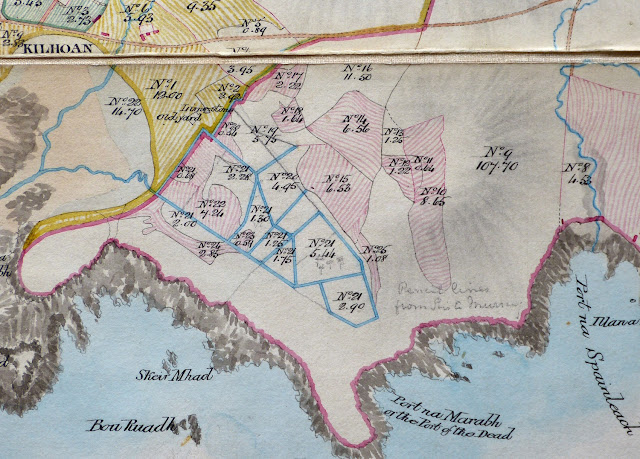 William Bald's map of 1806 - this clip is from a copy held by Ardnamurchan Estate - shows that the farmstead buildings have gone, the fields being marked in the colours of those worked by the Mingary clachan.

Sadly, Cowley's map was of very limited extent, so we're unable to use it to check for dating evidence for some of the other farmsteads.
Posted by Jon at 15:14