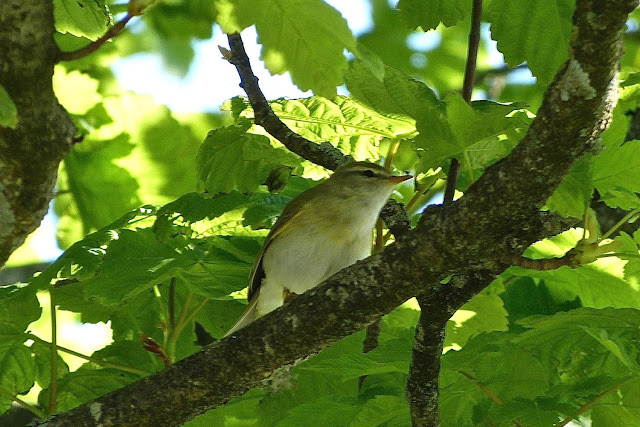 Along the length of Ormsaigbeg this morning there were at least four species of warbler singing. Some songs are easily recognisable, like those of the grasshopper and willow warbler, the latter being the most common locally, but others leave me stumped. 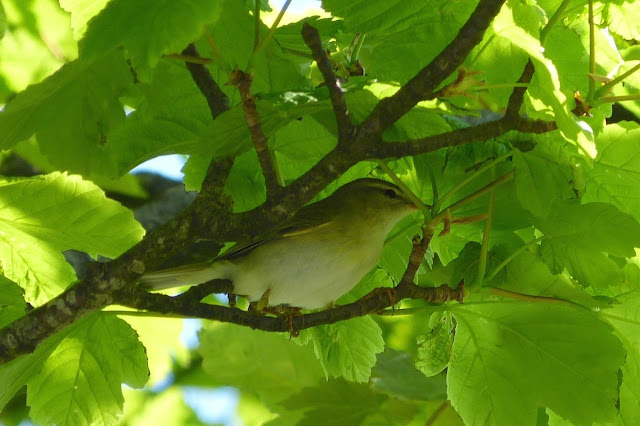 To make matters worse, the one warbler who stayed around long enough for a couple of pictures was this character, possibly a willow warbler, but he was far too busy hunting for bugs in the high foliage to sing.

However, one of the singers sounded like a chiffchaff, a warbler with a very characteristic song and one I haven't heard here before. It's at the northern limit of its summer range, but has anyone heard or seen a chiffchaff here?
Posted by Jon at 10:09