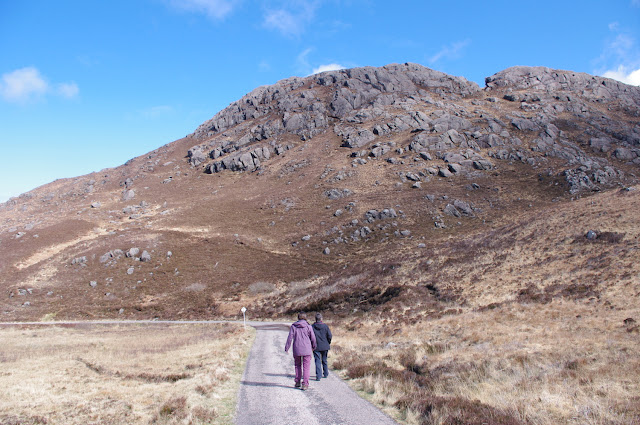 During his recent holiday here, Derryck Morton and his family climbed one of our favourite hills, Creag an Airgid, the silver crag. Usually, when.... 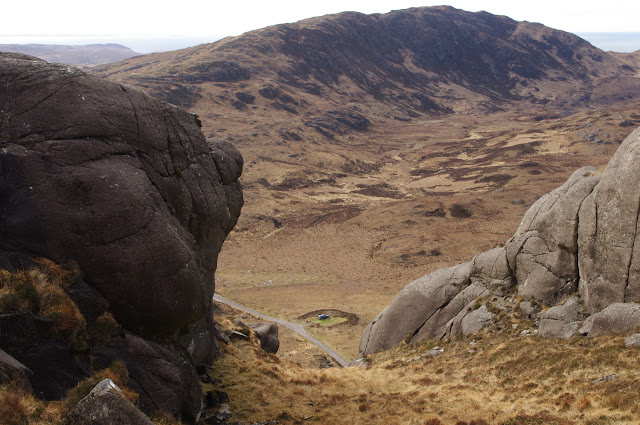 ....wandering around on it summit, or walking from it northeastwards along the high ridge of the Ardnamurchan ring dyke complex, we're transfixed by the views, but Derryck noticed something much closer on the rocks to the right of this picture. 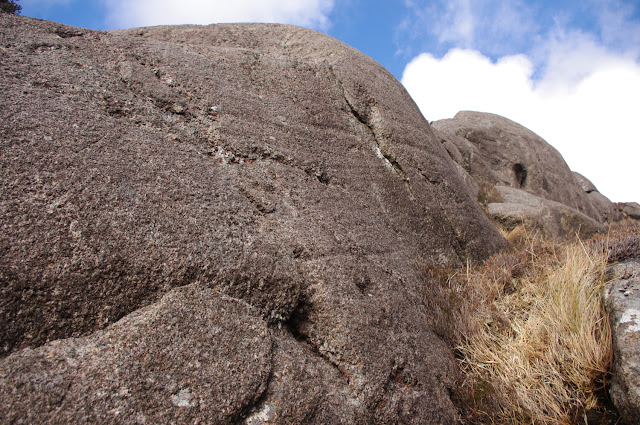 Derryck writes, "On the western side of the hill, a rock near the summit formed the side of a cleft where ice from the last glaciation passed through carrying debris. Telltale scour marks are visible on its flank where drag-stones marked the surface." 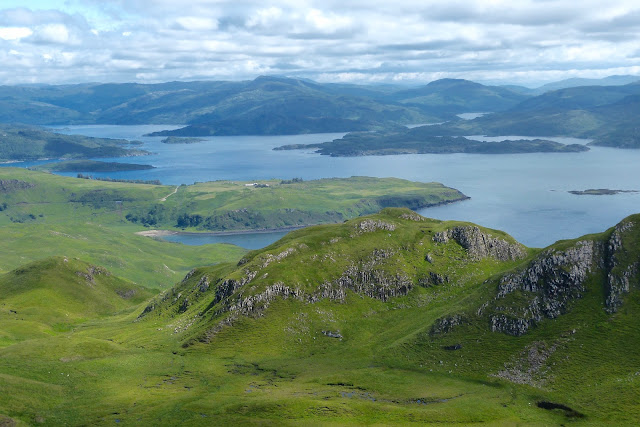 We sometimes forget that, around 12,000 years ago, most of this part of Scotland was buried under a mass of ice, very like Greenland is today, and that huge glaciers moved through the area gouging the deep glens we know today, some of which are now flooded by the sea to form sea lochs like Loch Sunart.


Many thanks to Derryck for pictures & observations.
Posted by Jon at 15:42

Email ThisBlogThis!Share to TwitterShare to FacebookShare to Pinterest
Labels: geology