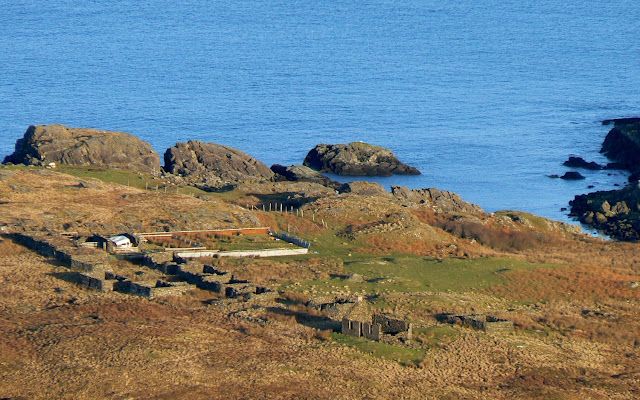 Plocaig is one of several abandoned settlements dotted around West Ardnamurchan. It's sometimes described as a 'cleared' township, but it was never cleared. In fact, along with its neighbour Sanna, it was a creation of the clearances. 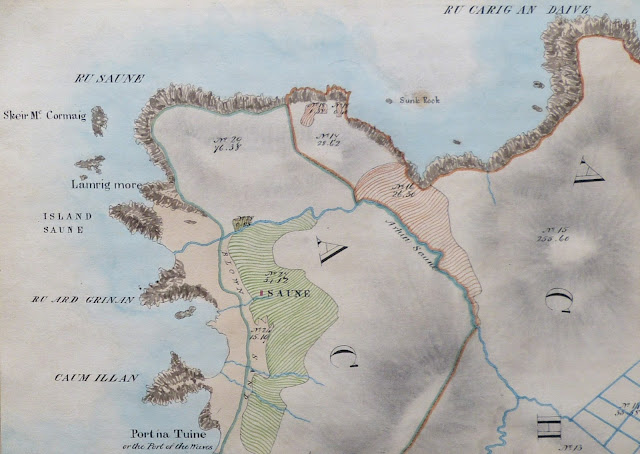 Bald's map of 1806 showed all the clachans and their boundaries. Sanna, which he called Saune and which only had one building, was part of Achosnich's arable land, while the future site of Plocaig belonged to Achnaha. The 1841 census doesn't mention either settlement. 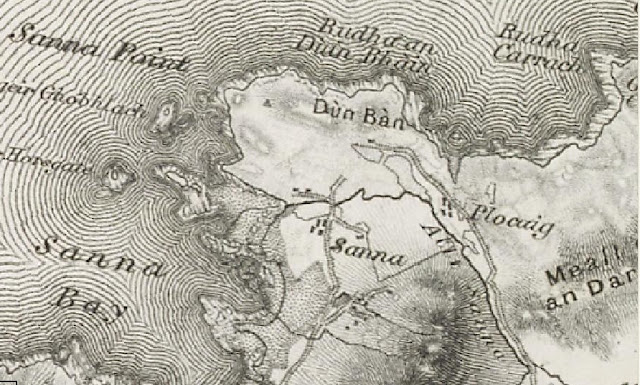 However, by the time the first OS map was published, both Upper and Lower Sanna are well developed, and Plocaig has four buildings. Both settlements came into existence in the 1840s or 1850s, when clachans to the east, such as the Swordles, were being cleared, and the landlord had to find somewhere to dump those of his tenants who wished to stay rather than emigrate. 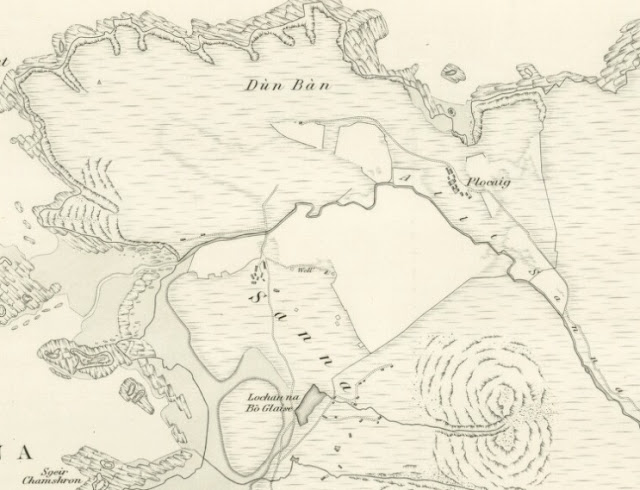 The maps that the OS was publishing by the end of the century showed that Plocaig had almost as many buildings as Sanna, and that, if a track is an indicator of importance, it had one, running through Achnaha to the southeast, direct to Kilchoan. 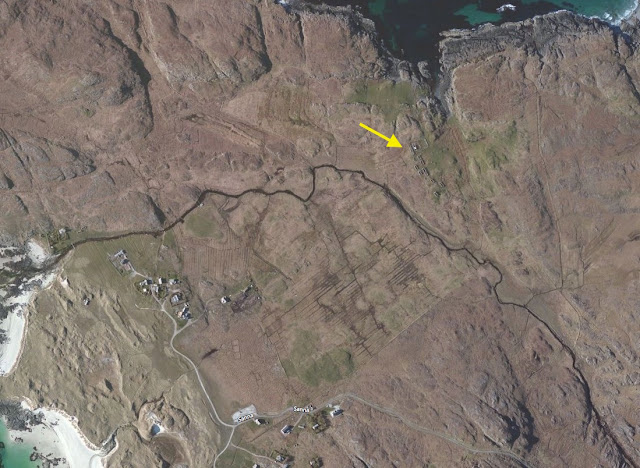 What Plocaig lacked even more than Sanna was good arable land. This Bing satellite picture has Plocaig arrowed, while Sanna occupies the bottom left hand corner. Sanna's fields are extensive but, on the other side of the Allt Sanna, Plocaig is miserably endowed. At least Plocaig had a sheltered port, though it was small and, in rough weather, useless. 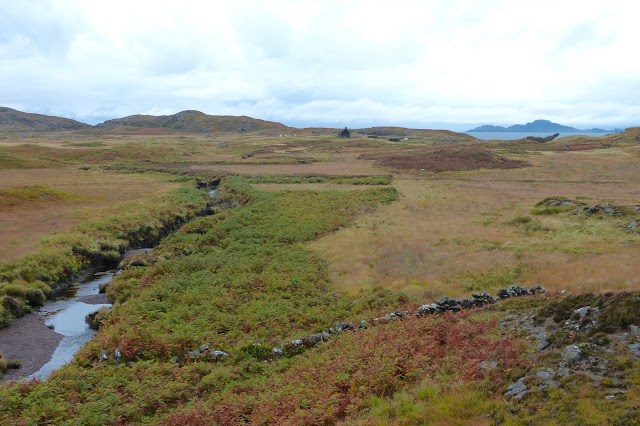 This photograph looks towards Plocaig from the south-southeast, across its fields, with the Allt Sanna  to the left. Even by Ardnamurchan standards, these are poor fields.

But it was not the miserable fields which finally destroyed Plocaig. In 1921 the decision was made to complete the road beyond Achnaha - not to Plocaig, where the old track had run, but to Sanna because by that time Sanna had twenty crofts, each grazing two cows, while Plocaig had only four crofts, each grazing three cows, a pony and a few sheep. No doubt the decision was helped by the fact that MEM Donaldson lived at Sanna and fought on its behalf. 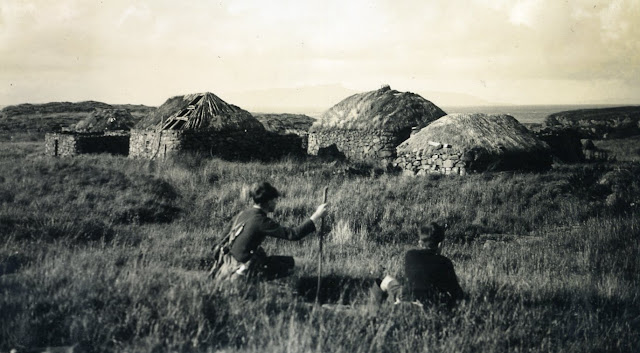 This picture shows Plocaig in the 1930s, soon after it had been abandoned but with many of its houses still roofed. 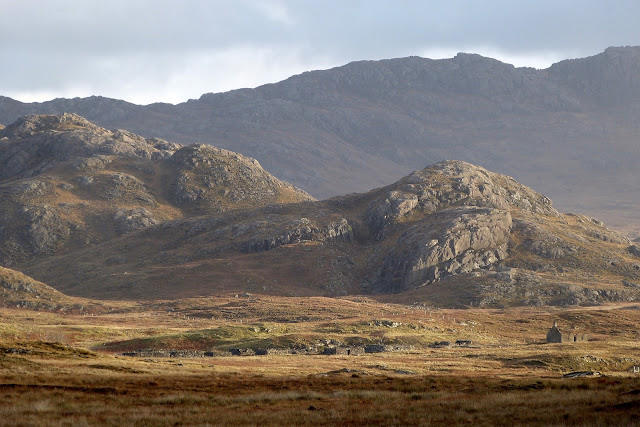 Plocaig is gradually merging back into the landscape, but its fields are still used: a crofter grazes sheep across them, and visitors stop to sit by its houses and imagine what it must have been like to live in such an idyllic setting. It can't have been idyllic: life must have been extremely hard.
Posted by Jon at 16:46