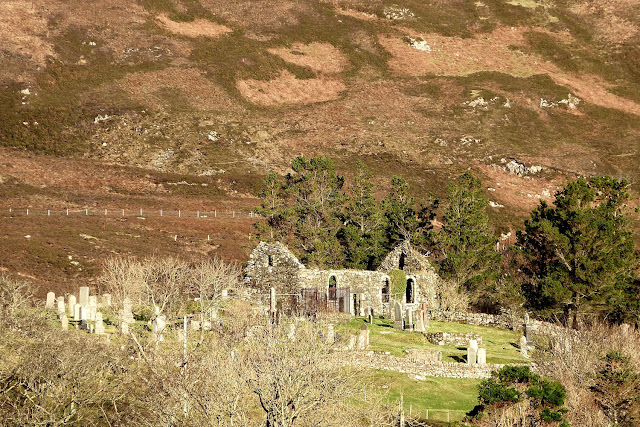 The church was founded in the eighth century by the Irish monk St Comghan, and gave its name to Kilchoan - cille Comghan, St Comghan's cell or church. The original structure has gone, the building visible today being partly 12/13th century and partly 18th century. It was a place of worship until early in the 19th century, after which the congregation moved to the present parish church, but the graveyard has continued to be used.

Historic Environment Scotland's designation for the monument is here. At the bottom of the page is a link to the current 'scheduled monument consent' which gives the West Ardnamurchan Community Development Company permission to make repairs to the south facade, including stabilising the stone lintel over the door and the three arched windows.

A full history of the church is on the Clan MacIain website, here.
Posted by Jon at 11:27