Choire Mhuilinn - What's in a Name? 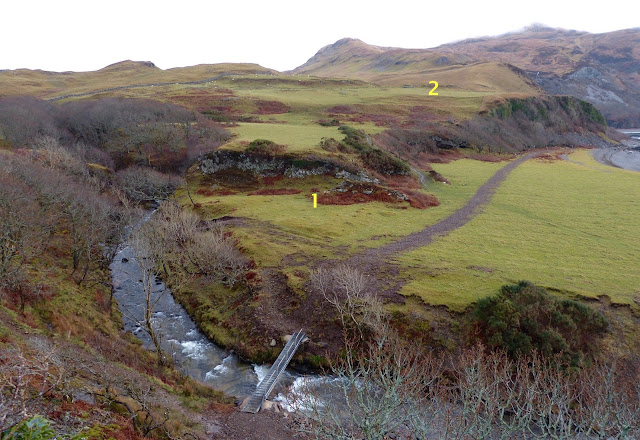 Choire Mhuilinn, the mill in the corrie, was a clachan cleared in 1828 to form part of the lands of the estate owner, Sir James Ridell, who for another two decades lived, when he was here, in Mingary Castle. The main part of the settlement is around '2' in the picture, but there are also buildings at '1', and I had always assumed that these were the mill buildings beside the burn, the Allt Choire Mhuilinn.

While the flat, grassy area around '1' would have been ideal for the buildings, to the right of the '1' there's a rocky outcrop covered in bracken behind which.... 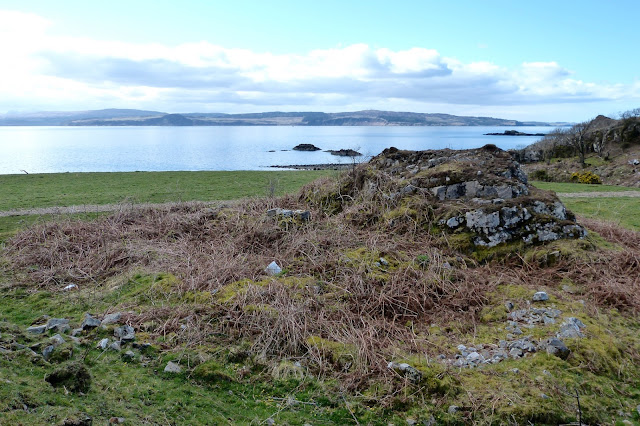 ....lie the remains of a large stone building. But all these are far too high above the level of the burn for water to have been brought to them to form a millrace. 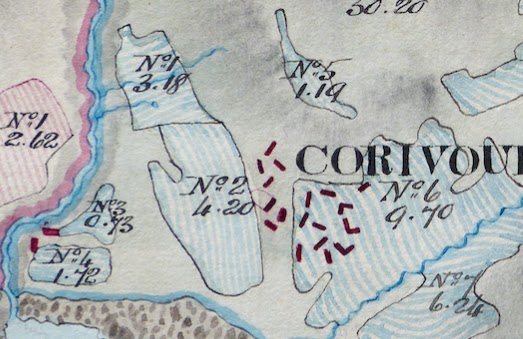 William Bald's map of 1806 (courtesy Ardnamurchan Estate) clearly shows two buildings beside the burn, neither of which is in the right orientation for the stone building, so they were probably on the grassy area. More, unlike in Kilchoan where the mill is clearly labelled, Bald hasn't indicated that either of these buildings is a mill.

The rest of the settlement lies above these buildings, a couple of hundred metres distant. In Bald's day, it was a fairly large clachan, the remains of which.... 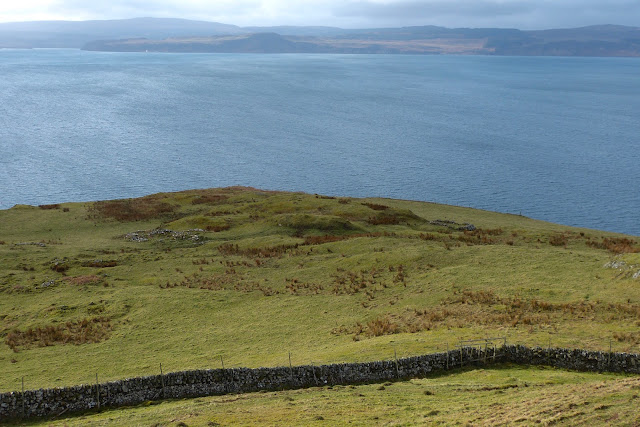 ....are still visible on and around the knoll in the centre of this picture, which looks from the north.

Some of the houses have magnificent views across the Sound to Mull, but it's a strange site as it faces straight into the prevailing, and sometimes vicious westerly winds. Living in the stone houses would have been a damp and draughty experience.  In fact, it seems an altogether unlikely site. 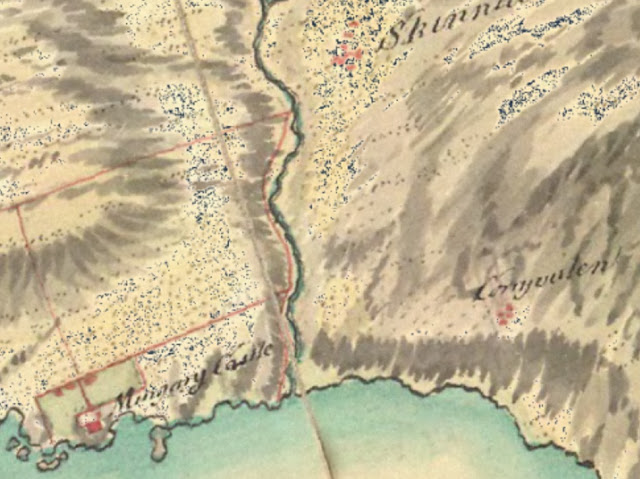 In the years around 1750 William Roy drew his Military Map of Scotland. It shows 'Corryvulen', in those days a very small settlement, in the hills some distance to the east of the Allt Choire Mhuilinn.

Roy's map isn't nearly as accurate as Bald's but his surveyors would surely have shown the settlement closer to the burn. Which leads to a thought: was the settlement originally in the hills, and was it moved to the site nearer the burn some time between 1750 and 1806, perhaps to provide labour for the castle and its surrounding land?

This idea might be supported by the name, for in its later position it had neither a mill, nor was it in a corrie. But there's a site to the east.... 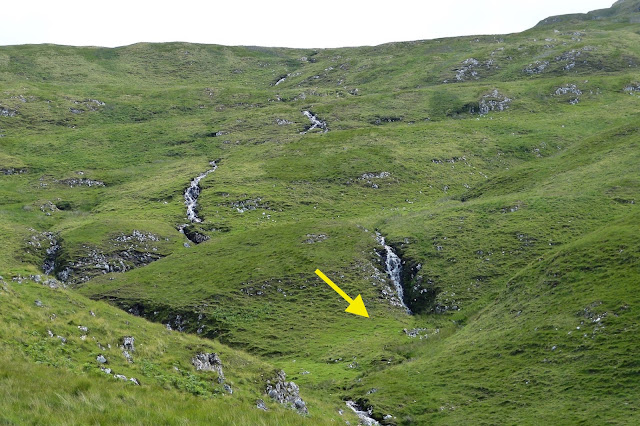 ....which we've tentatively identified as an illicit whisky still, which might originally have been a small grain mill, and it's certainly in a corrie. So is this the site of the original clachan of Choire Mhuilinn?

It's possible that it was also a whisky still, the people of Choire Mhuilinn returning to the remains of their original settlement to distil the precious liquid on the site of the old mill.
Posted by Jon at 09:14