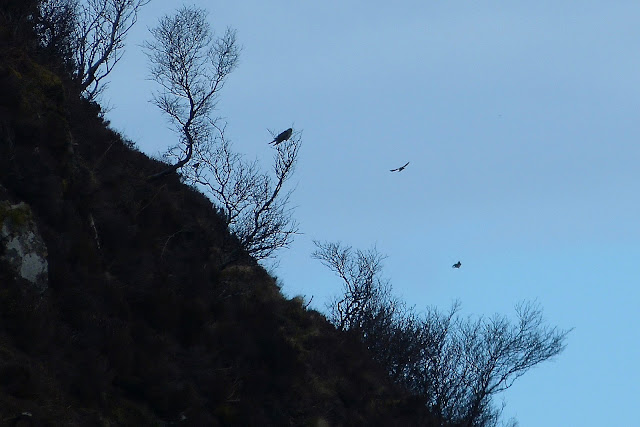 We heard, and then saw our first cuckoo this morning. He was on the eastern slopes of Cathair Mhic Dhiarmaid and he had a welcoming committee of excited small birds fluttering around him. With the Raptor reporting one earlier in Pier Road, and our later hearing the regular Ormsaigbeg cuckoo, we're pleased to know they're back. Not everyone - least of all the small birds - likes cuckoos, but one hears that they're a species which isn't doing well elsewhere so, until their numbers recover, the more we have of them on Ardnamurchan the better. 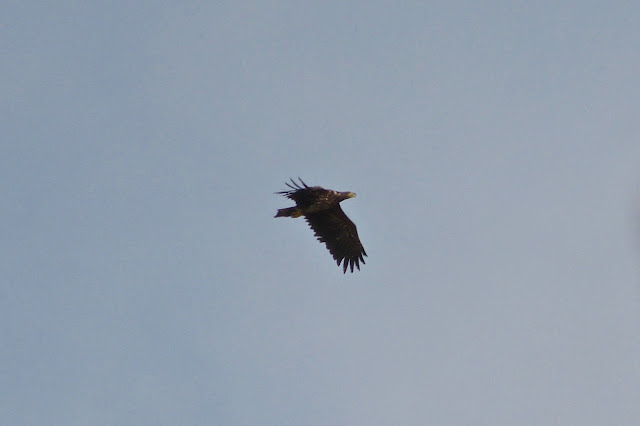 Our day started with the ravens drawing our attention to a sea eagle - I think this is a juvenile - which flew over our house just as we were about to have breakfast. Then, later in the morning.... 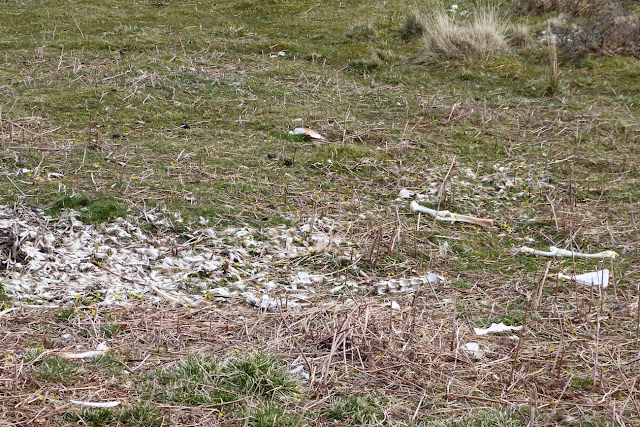 ....we came across what we took to be the remains of an eagle's meal - or, as seems likely, several meals, because this is all that's left of a red deer. 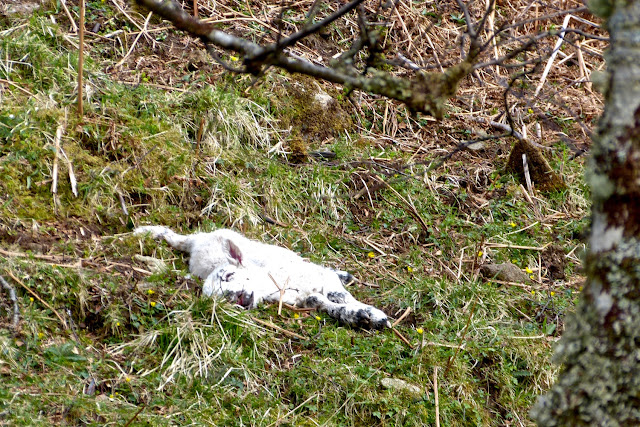 Shortly afterwards, we came across this sad little corpse, a lamb lying in one of the many small glens which cut the lower slopes of Cathair Mhic Dhiarmaid. There wasn't a mark on it, and the slope wasn't so steep it might have fallen. That it lies in a wooded area means it'll take time for the aerial scavengers to find it. 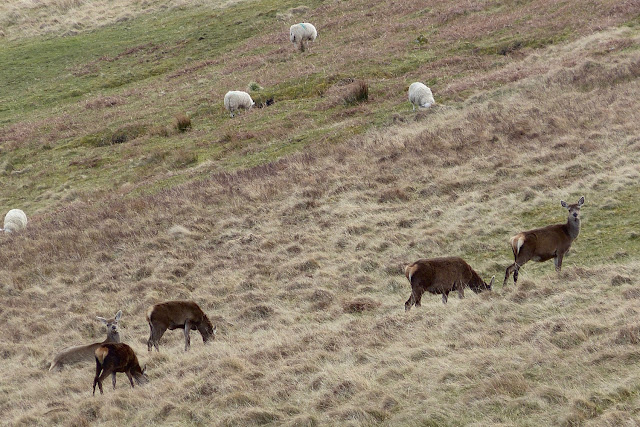 It was a good morning for deer, mainly because these ones seemed little bothered by us. Perhaps they know that the stalking season is over and they can relax. One thing we remarked on was the variation in colour between different individuals. 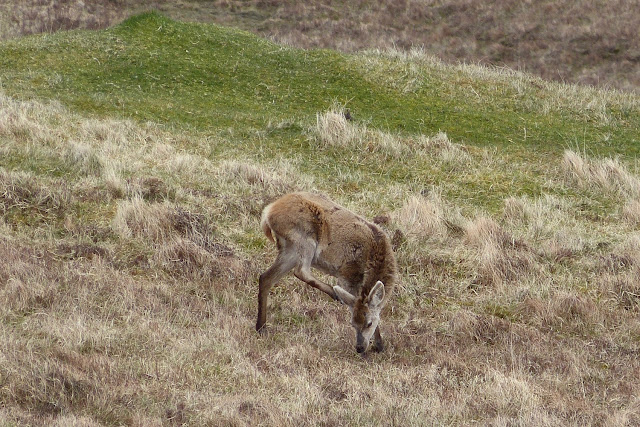 This one seemed far less bothered by us than by something in her ear. With the ticks out early this year, both deer and sheep will be suffering, the latter having the advantage that their owners are aware of the problem and dosing them accordingly.
Posted by Jon at 15:40