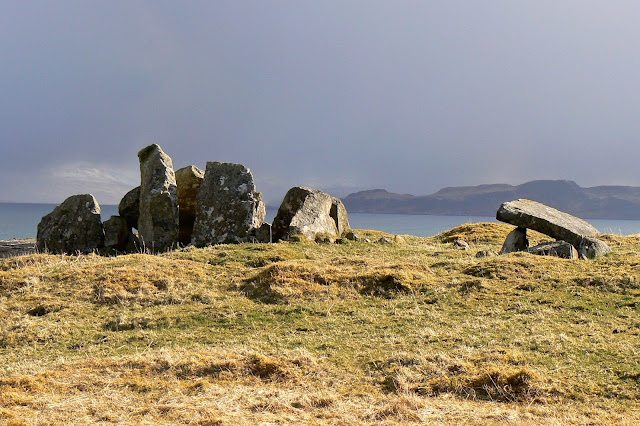 Greadal Fhinn is a neolithic cairn of the Hebridean type, with a smaller central cist chamber (right) and larger passage chamber (left), both once covered in a mounded cairn structure of about 22m diameter. 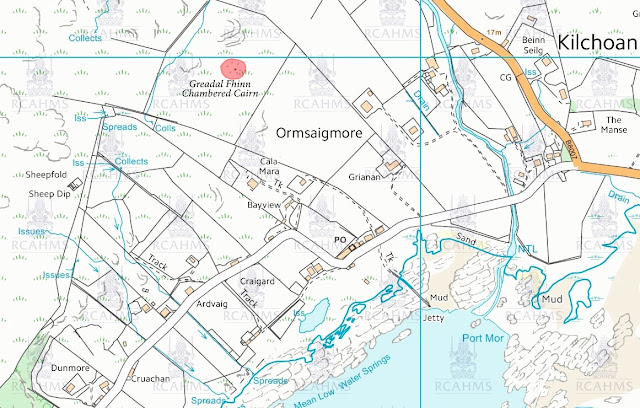 It is situated on one of the Ormsaigmore crofts and is most easily approached via a gate which leads from the road near the shop. This is croft land and, if you visit the monument, you are asked to avoid disturbing both the crofters, who live near the old farmhouse, and their animals. 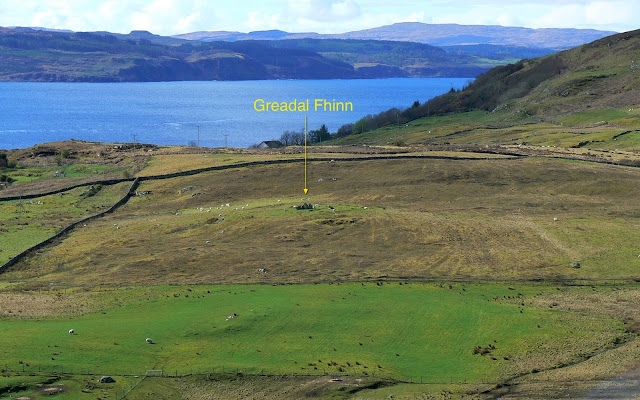 The monument stands on a low hill. In its original form, it would have consisted of a circle of large flat, upright rocks - kerb stones - within which rocks and earth would have been piled in a mound to cover the chambers but, as the original RCAHMS report states, "it has been extensively robbed of its stone," in part to build the many drystone walls which now surround it. 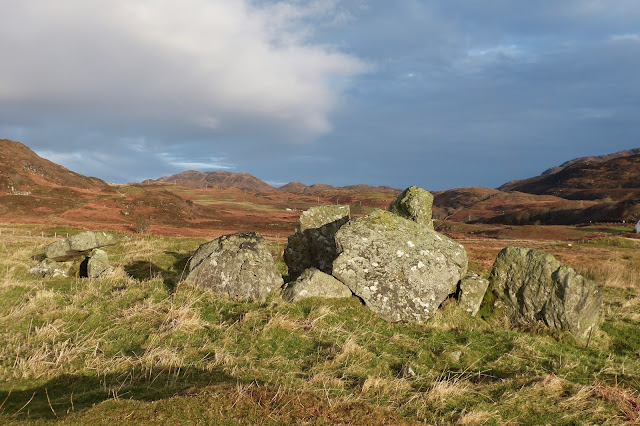 It may be that the smaller, cist cairn (left), which is almost in the middle of the cairn, was original, and the larger, passage chamber, was dug into the side of the mound at a later time. From evidence from other burials, such as the similar cairn at Swordle, they would both have contained the human remains from several individuals as well as objects which were part of the burial ritual. However, although there are reports of artefacts being found in the cists, none have been recorded. 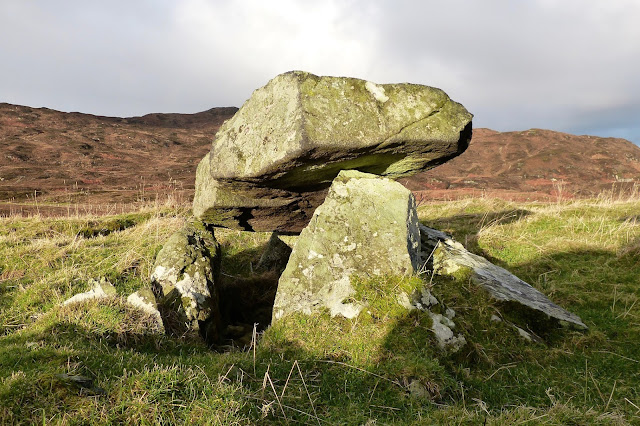 The RCAHMS report describes the cist chamber as, "rectangular in plan and measuring 1m by 0.75m, and is composed of four upright slabs covered by a capstone. A narrow opening at the SE corner of the chamber may be the original entrance, as this is flanked by two stones which just protrude through the turf." 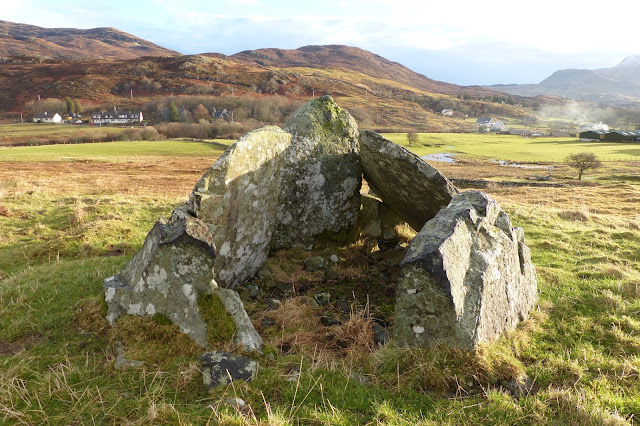 The passage grave, seen here from the northwest, is close to the edge of the cairn and is described thus: "Seven upright stones and one of the capstones of the passage grave survive, and the stumps of two other stones are still visible. Aligned ESE and WNW and entered through a short passage measuring 1.4m by 0.9m, the chamber is composed of five substantial slabs still standing to a height of 1.55m. The chamber measures 3.2m by 1.9m internally and is divided from the N side of the passage by a transverse slab; a similar slab on the S side may have been destroyed. A dislodged capstone blocks the passage at this point." 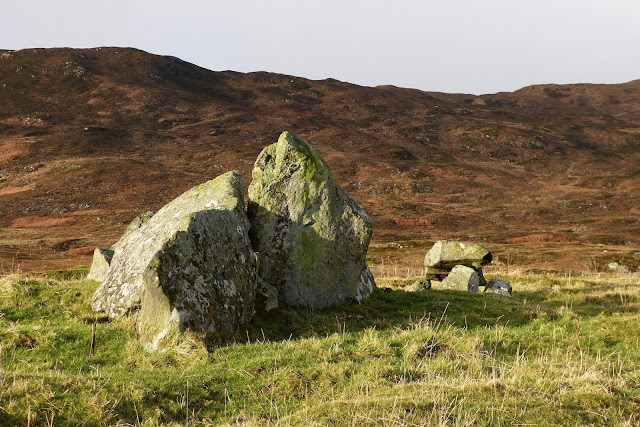 This picture shows the two chambers from the southeast while.... 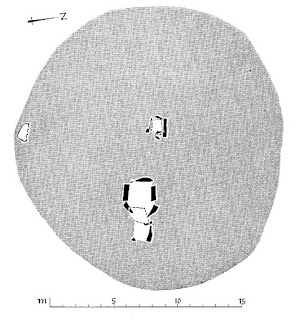 ....this diagram, which shows the relative sizes of the two cists and one kerb stone, is taken from Ritchie's paper, here.

That the cairn is known as Greadal Fhinn is confusing. Local lore has it that the ‘Fhinn’ refers to a Viking chieftain Ketill Flatnefr of Raumsal, known on the west coast as Caithil Fin. In 888AD he fled Norway and, according to the Sagas, settled on the west coast of Scotland, where he later died. The suggestion seems to be that he was buried here.

Similar large local cairns are at Camas nan Geall and Swordle. All have in common that they are set near but back from the coast, and have associated settlements.

Historic Environment Scotland's designation is here and the Kilchoan Diary history of Ormsaigmore is here.
Posted by Jon at 11:14