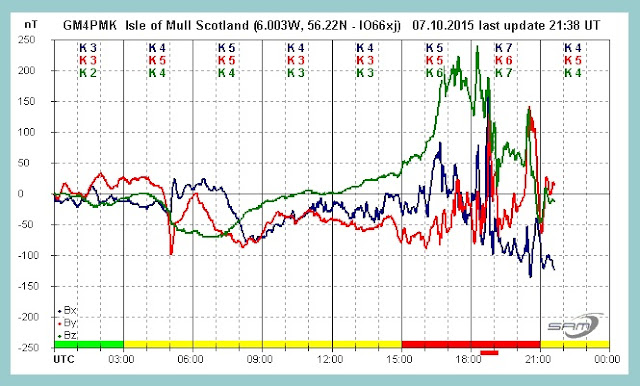 The Willowbank Observatory on Mull - website here - gives an excellent display that indicates the potential current strength of an aurora, and it enabled several of us to be out tonight looking at what proved to be one of the best auroras in some time. 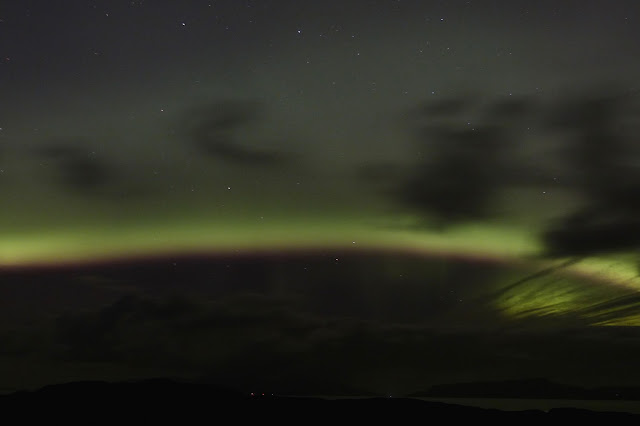 When I reached Sanna at half past nine, the aurora formed a great arc across the northern sky, but the light from that arc seemed to move to concentrate.... 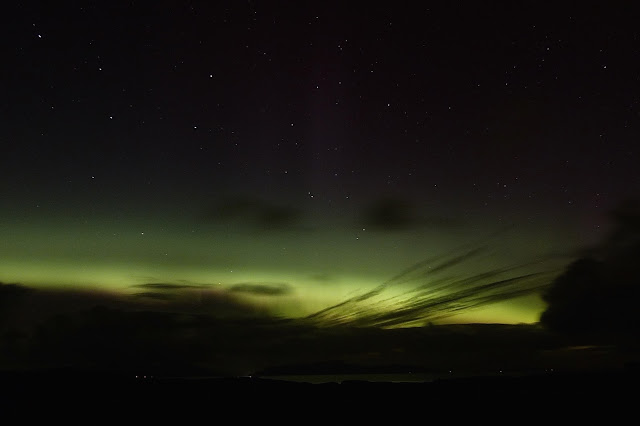 ....along the horizon in one of the most intense pools of auroral light that I have seen - this picture taken some ten minutes later. 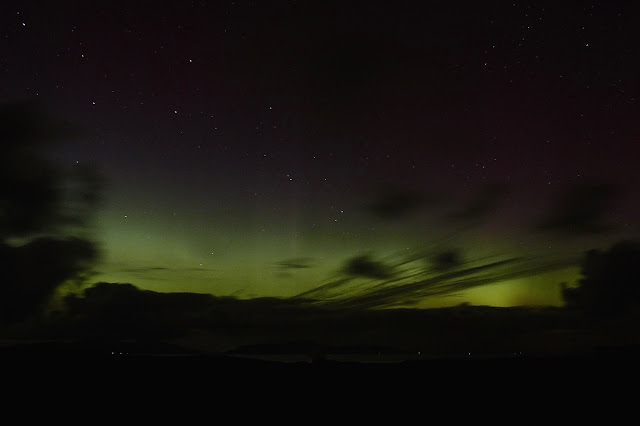 Soon after, the display started to fade, but bars of light began to shoot upwards, and some pink colours joined the predominant green.  But, as so often happens, the show was marred by the arrival of puffy balls of dark cloud.

By ten the show seemed to be fading anyway, so I drove home - only for the Raptor to contact me to say that the sky was livening up again.
Posted by Jon at 23:08