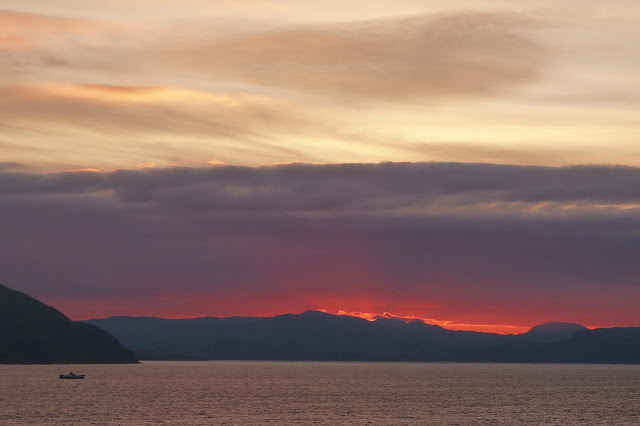 Sunrise today was very similar to the one six years ago which prompted the start of this blog - link here - on a day which provided some interest out at sea, including.... 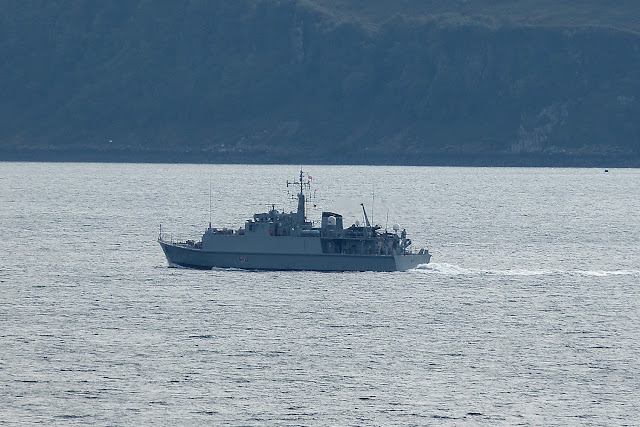 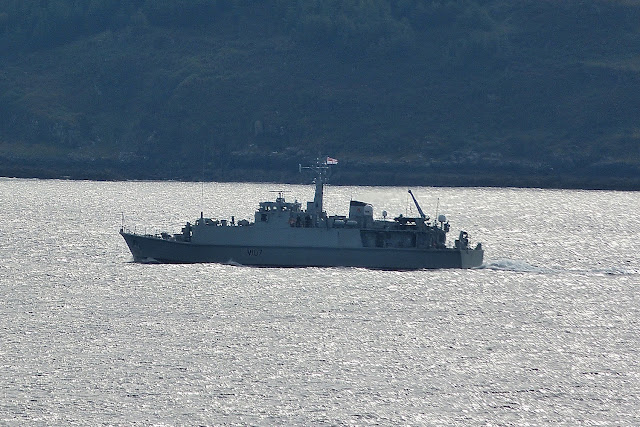 ....M107, HMS Pembroke. Other than the RN ships, we haven't seen much action during this autumn's Operation Joint Warrior exercise, except for a few fighter 'planes passing overhead. 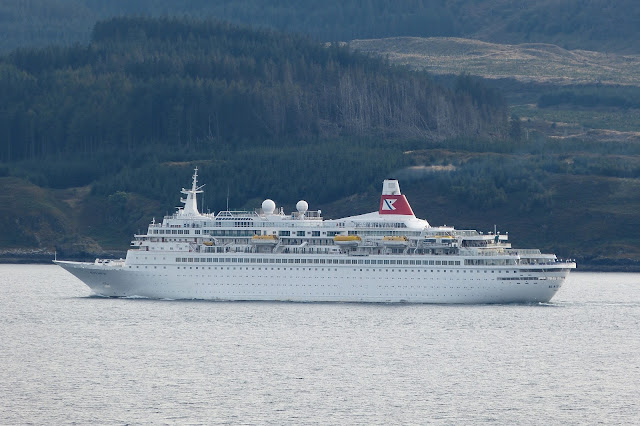 Today also saw what must be the last visit this season of one of the larger cruise ships, Fred Olsen's Black Watch, which called in to Tobermory briefly this afternoon before continuing south down the Sound.

Closer to shore, the trail camera which has been set up in the small pool by the bay below our house is producing results, the pictures being mainly of otters.... 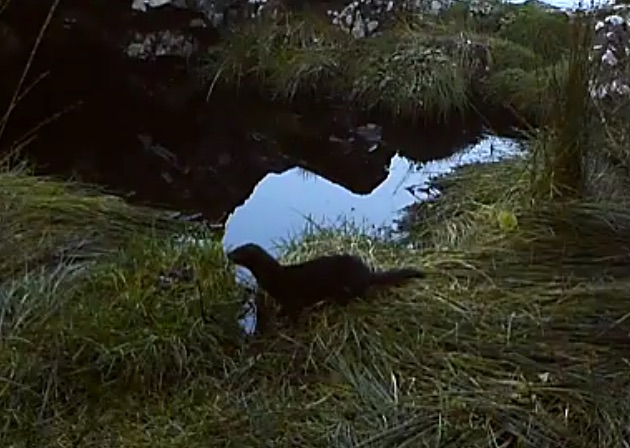