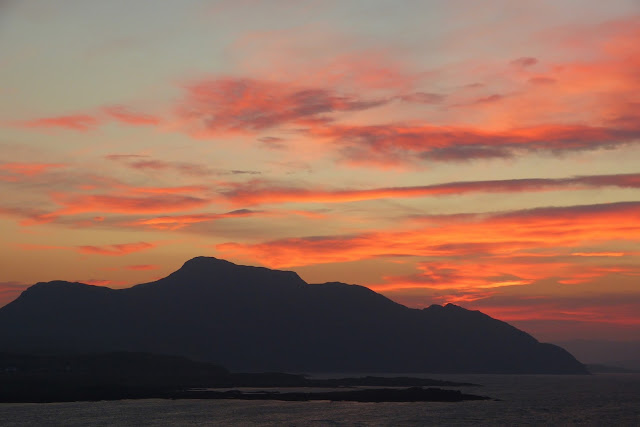 This morning saw the latest of a string of spectacular sunrises which have accompanied the recent fine weather. The old adage about red skies in the morning being a warning to shepherds doesn't seem to have worked - though it may be that these have been warning us about a much more serious weather event coming up in the near future, with some of the popular press - example here - promising us the worst storm in 30 years as hurricane Joaquin heads for the British Isles. 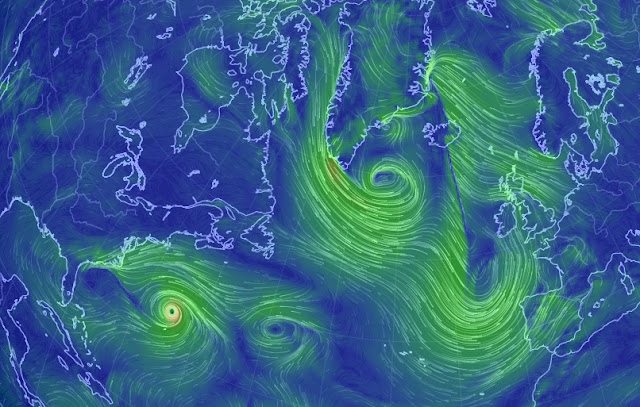 As always, one of the best ways of watching our oncoming weather is on Cameron Beccario's superb 'Earth' website - here. In this clip, the hurricane can be seen towards bottom left. The pale reds indicate high wind speeds, while the rest of the Atlantic is none too placid either. 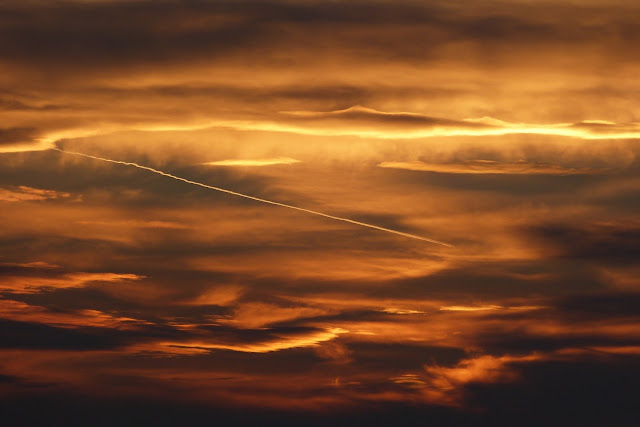 This picture was also taken this morning, a few minutes after the first, with the camera zoomed into the clouds to pick up a contrail. Once again the camera has lied - the colours weren't this vivid - but it does make a spectacular picture. 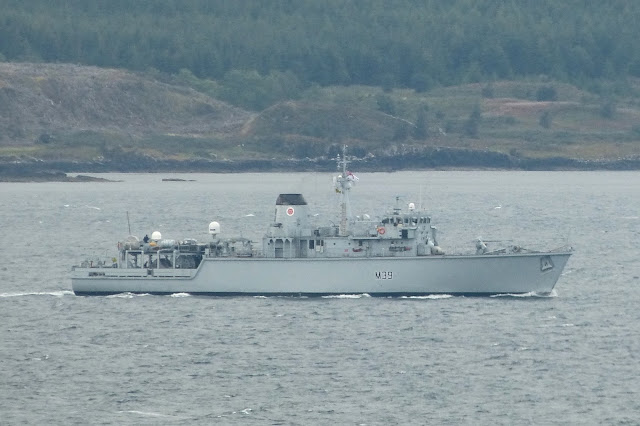 Heading north just in time to enjoy the oncoming hurricane were ships of Her Majesty's navy involved in Operation Joint Warrior. Four of them came up the Sound shortly before four this afternoon and, as each passed, we had a feeling of deja vu. This is M39 HMS Hurworth while.... 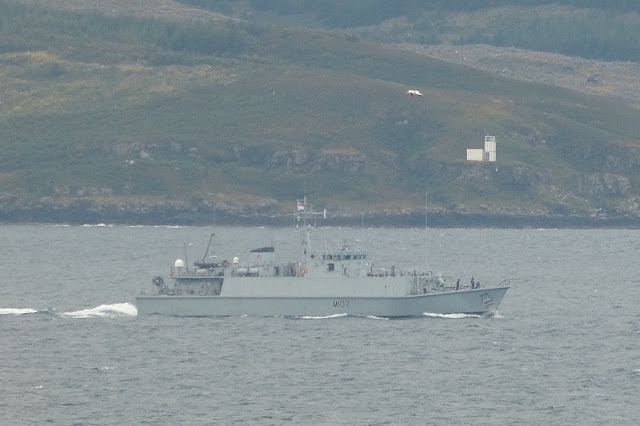 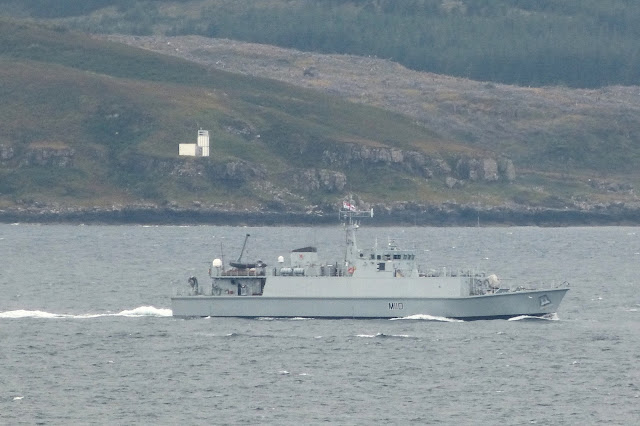 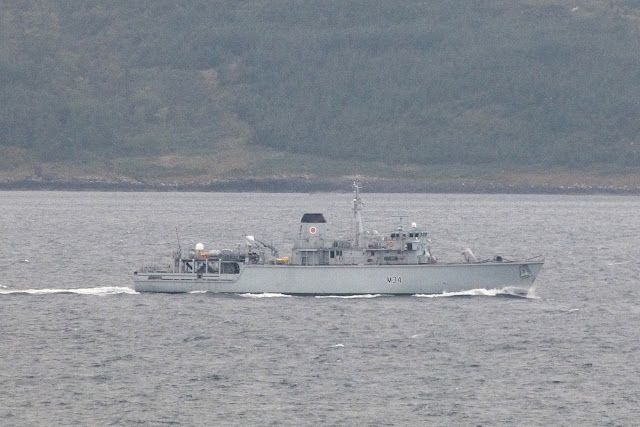 Following some distance behind was M34 HMS Middleton.

We've seen all these ships before. It seems that the Royal Navy is now so lean on ships that, every time there is a major exercise, they have to float out the same vessels. Some of them are now fairly old, having been launched in the 1980s. Our only hope of something exciting from the Royal Navy is that the sixth and last of the Type 45 destroyers, D37 HMS Duncan, is due to take part.
Posted by Jon at 17:14