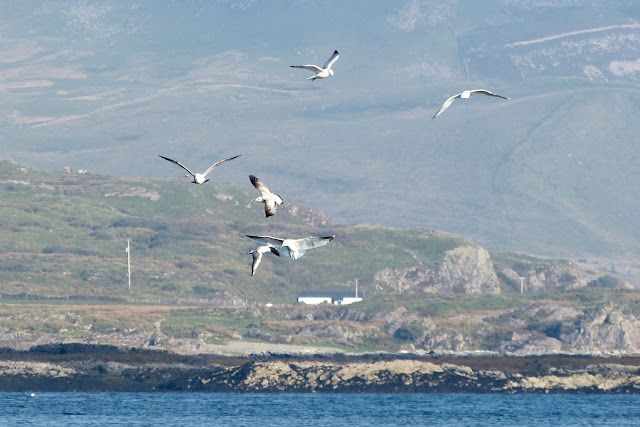 Something was getting the seagulls very excited off the beach below our house this afternoon. They kept swirling around, calling out and, occasionally, diving towards the water. 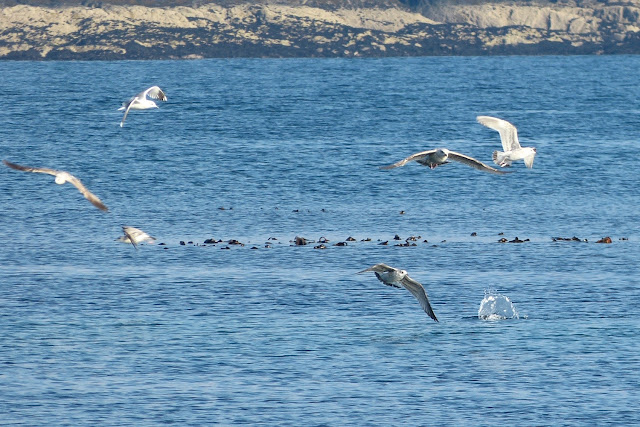 At first all one could see in the water below them was an occasional splash as something dived to escape their assault, but.... 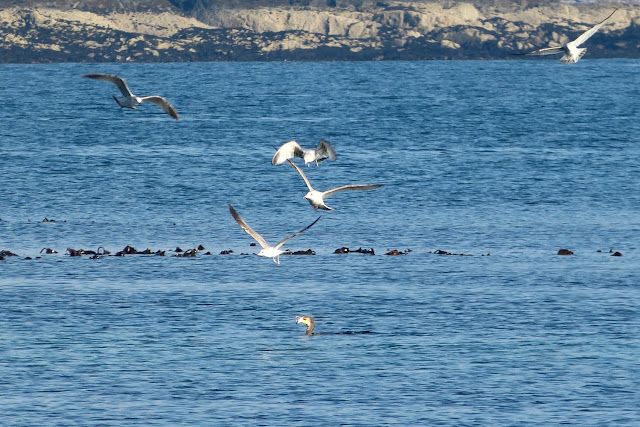 ....whatever it was kept surfacing, if only for a few moments, causing ever more excitement amongst the increasingly large and frustrated gang of seagulls wheeling overhead. 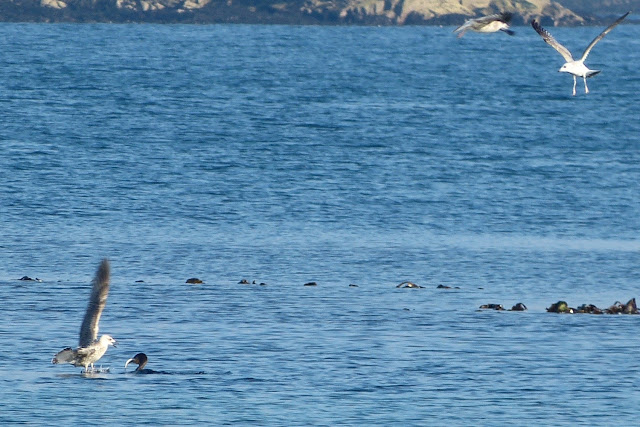 Finally, one of the gulls landed in the water right next to a cormorant just after it surfaced. The cormorant held a small fish in its beak and the seagull, despite the danger, stayed in the water, confronting it. 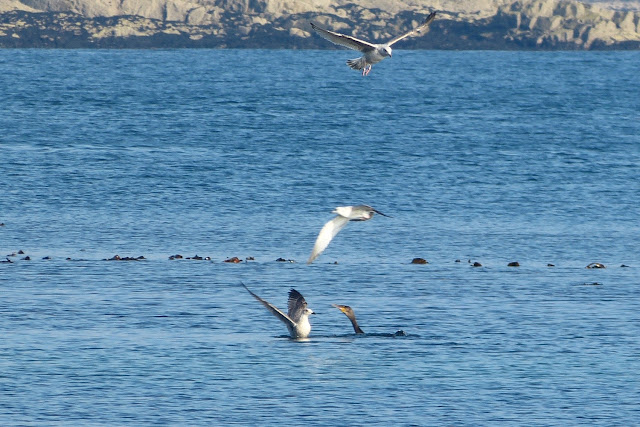 The cormorant, having quickly swallowed the fish, lashed out, and.... 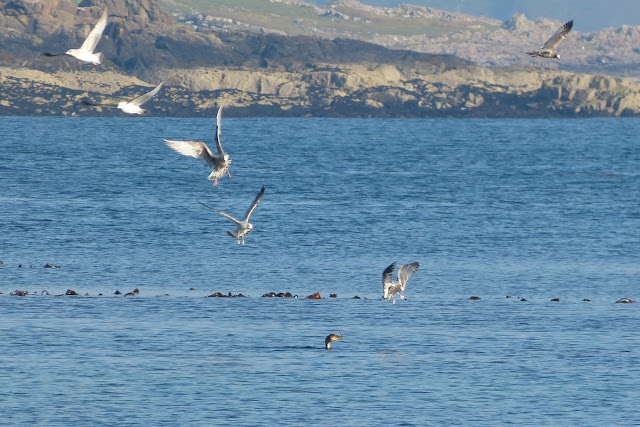 ....the seagull took off, while its comrades queued up above.

This continued for about ten minutes. The cormorant seemed to be having no trouble in catching fish after fish, and in swallowing each of them before the gulls could attack it. 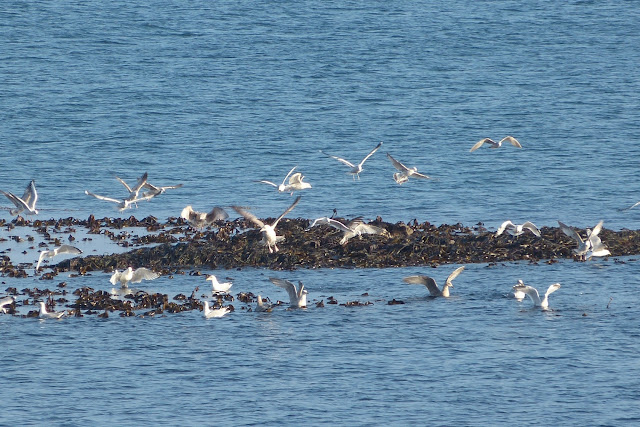 Finally, the gulls moved off - but only because some of their comrades were becoming very excited in the shallows nearby where, possibly, the shoal of small fish had come in so they could catch them.
Posted by Jon at 19:43