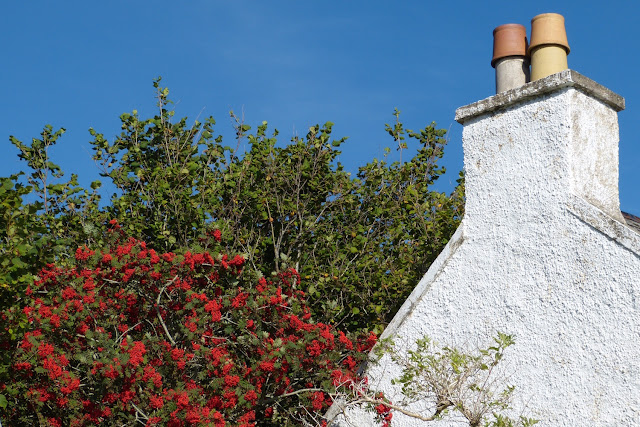 The weather has taken pity on us after the shockingly poor summer and we're now blessed with a spell of warm, sunny days, ideal for ripening a very respectable crop of rowan berries. We have had some rain, just enough to water the vegetables and bring on a.... 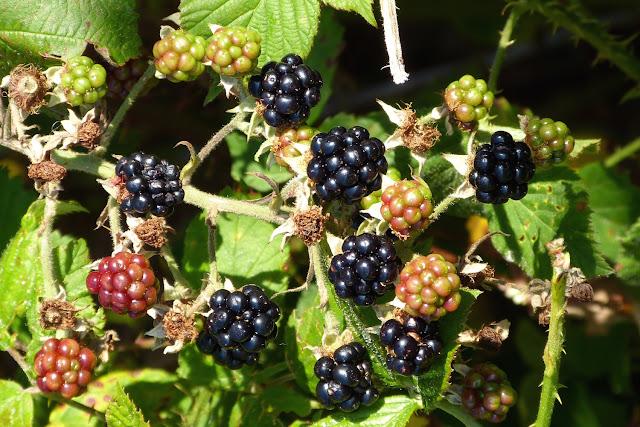 ....crop of blackberries which is unusually late. 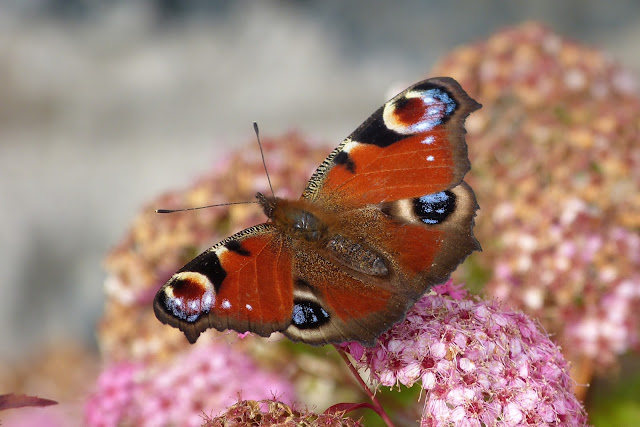 Another beneficiary of the sunshine and late season flowers are the local insects, including red admirals and this lovely peacock. 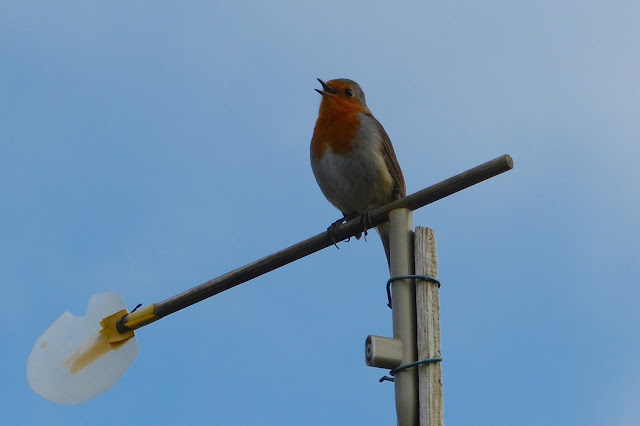 The sudden glut of berries and insects is good news for the bird population, many of whom are enjoying the feast. This is our semi-tame robin telling the world how happy he is from a precarious perch on the home-made wind vane. 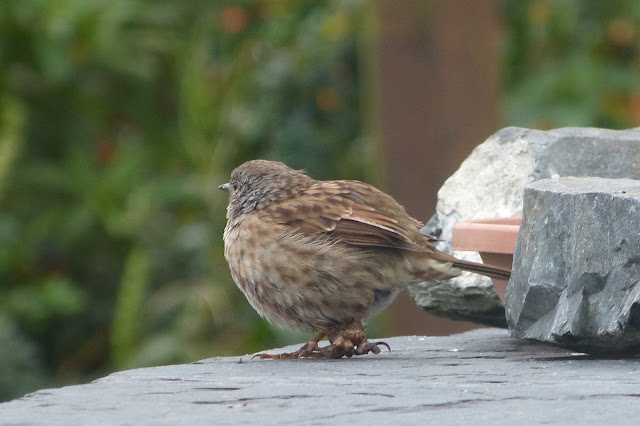 Not all our small birds are in such good condition. This dunnock has the same disease as the chaffinch which used to come to our bird table back in 2012. We called him Seedfoot, and the disease he had was caused by a papilloma virus. 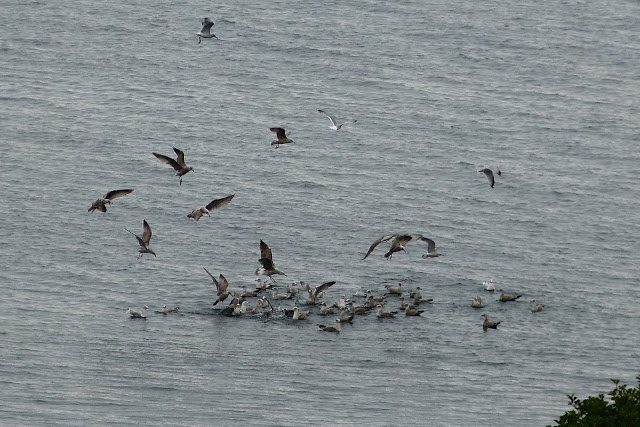 The gulls continue to be excited by shoals of small fish gathering in the bay below our house. At first, the one or two who found the shoal began feeding but, being gulls, couldn't keep quiet about it, their cries rapidly attracting more and more until the area became an unseemly mass of quarrelling birds. 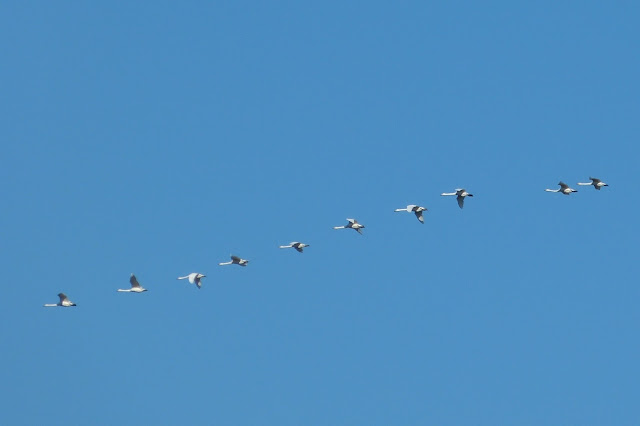 We're seeing swans and geese flying over on their annual migration, though this group of swans need to have their built-in compasses recalibrated: they were flying northwestwards, as it heading for the Outer Hebrides. 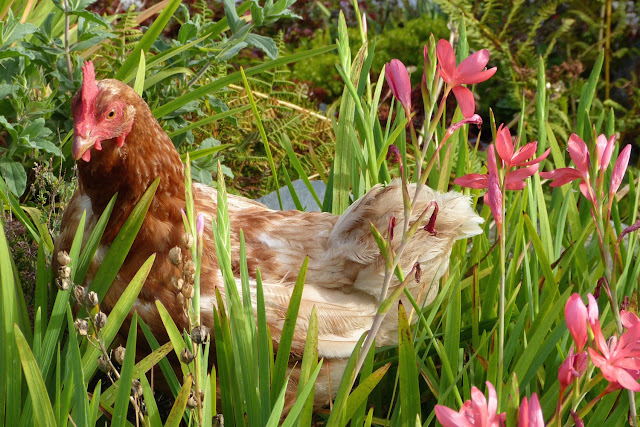 We find many birds in our garden but a recent and unexpected addition has been this hen, who has had a wonderful time foraging for insects amongst the shrubs. She's one of the genuinely free range chickens from the croft next door, the first to find her way into our garden.
Posted by Jon at 20:33