Kayaking Along the Coast 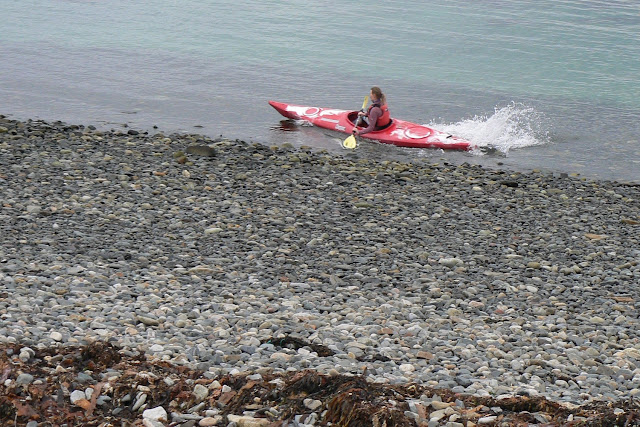 One of the pleasures of living where we do is that we can, at a moment's notice, set off in the kayaks which we keep in the bay below the house. With the weather fine but overcast, and only a light wind, conditions this afternoon were near perfect.

Some people drag their kayaks sedately down the beach, others launch themselves by sliding down. Rachael, who is one of the latter, lost control, and very nearly overturned after she slewed round just before she hit the water. 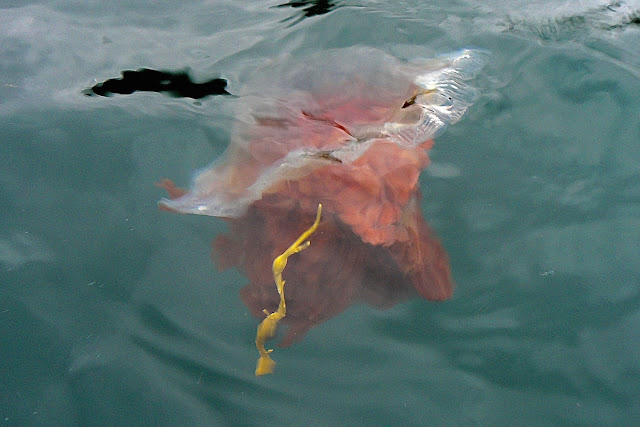 It was beautifully calm in the bay but in its clear waters we immediately spotted a couple of lion's mane jellyfish floating near patches of seaweed.  It may seem late in the season for jellyfish but the water temperature remains high - they measure it daily at the new fish farm at Maclean's Nose, and recorded 12C the other day. 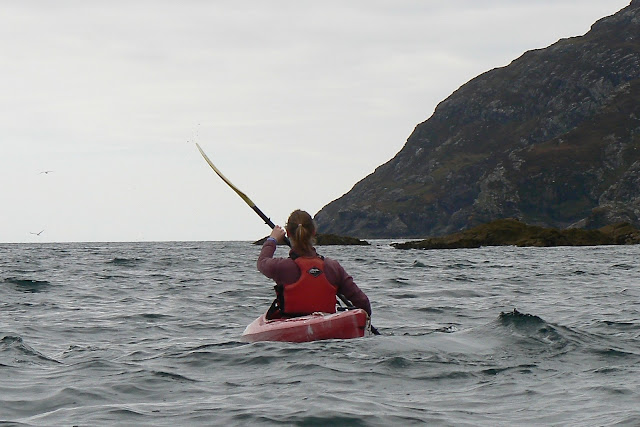 Once past what Rachael called 'Lion's Mane Alley' the sea became more choppy, just enough to make the paddling a little exciting without worrying us. 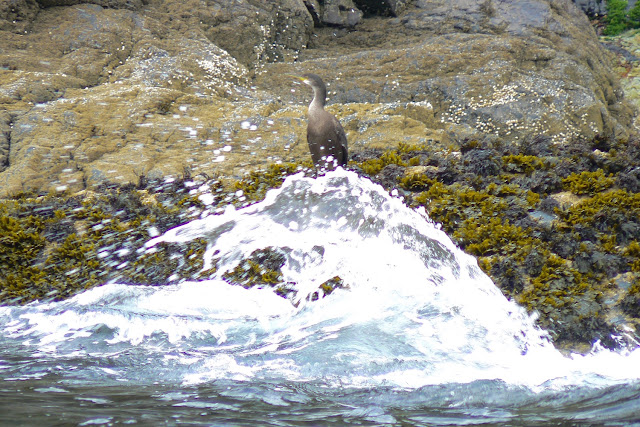 We're almost guaranteed to see some interesting wildlife on these trips. We've worried through the summer about how few cormorants and shags we've been seeing, so it was heartening to find at least a dozen scattered at various points along the coast. We approached this one to take his picture and.... 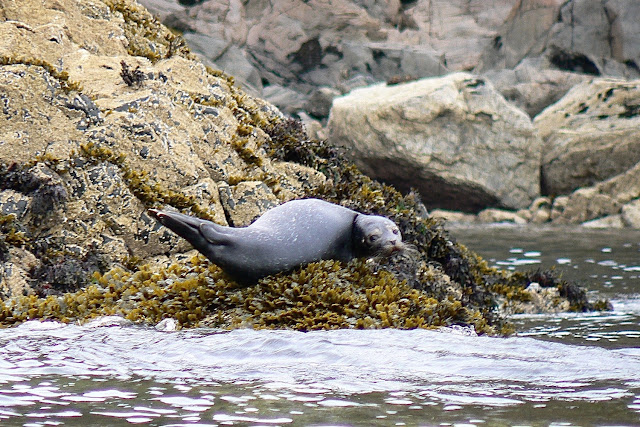 ....immediately spotted, right next to him, a young seal basking on a rock, who watched our approach with irritation before finally slipping into the water. 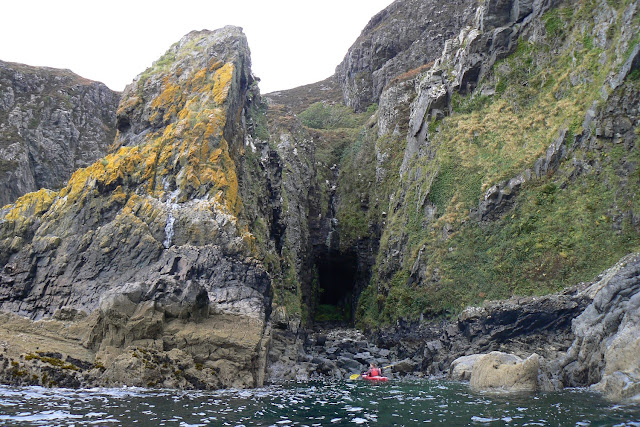 We tend to paddle straight along the coast and then return more slowly, exploring its many bays and inlets.  This cave can be almost completely obscured by a waterfall that cascades in front of it, but it's been some time since we had any rain and the burns are low. 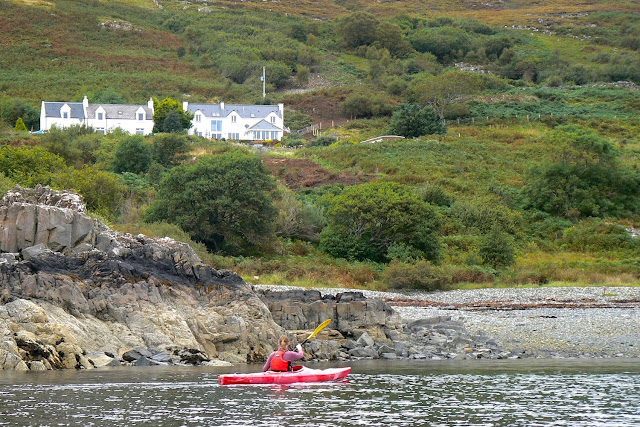 We were out for just under two hours of pure pleasure before we returned to the bay.
Posted by Jon at 17:00