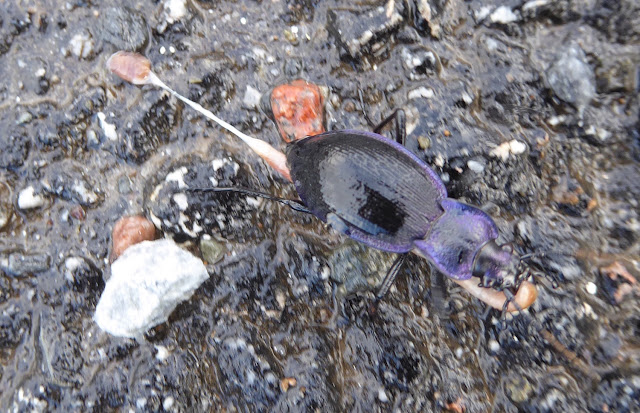 Walking along the road out of the village this little beetle crossing the road caught my attention. At first sight I thought the poor beastie had been clipped by a car and was in the last throws of life but on closer inspection it became apparent that the beetle was actually taking its latest victim to its lair to have a very tasty breakfast. 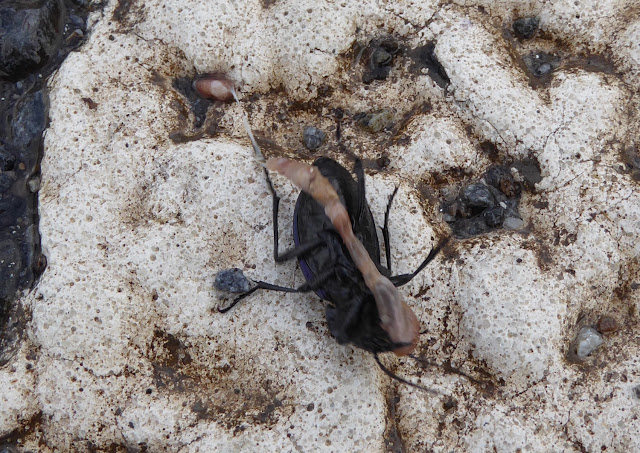 The beetle is a violet ground beetle which, along with all the other ground beetle, is a carnivore, but it is quite unusual to actually see one with its prey. 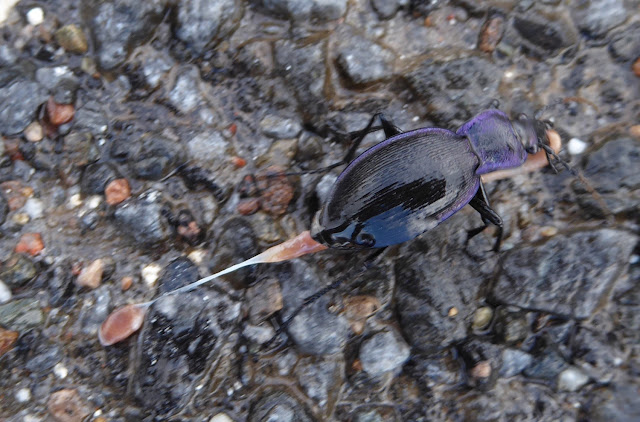 Now I have no idea what this tasty piece of meat is as there was nothing squashed on the road nearby, but the beetle was making good headway to get clear of the road and into the undergrowth before tucking into breakfast, yum.

Many thanks to the Raptor for story & pictures.
Posted by Jon at 10:59