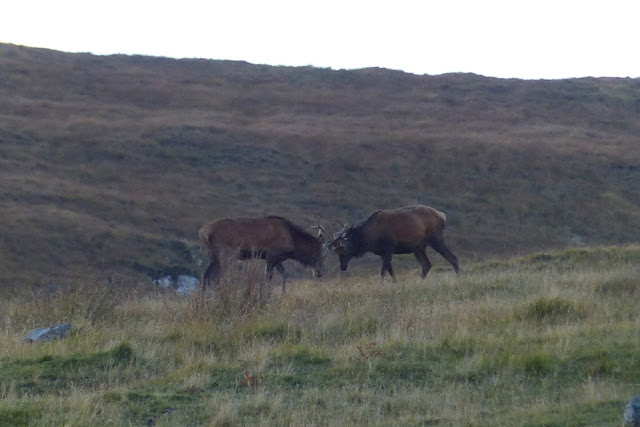 Many thanks to the Raptor for sending me these pictures of two red deer stags which he took on his way home from work on Wednesday evening. 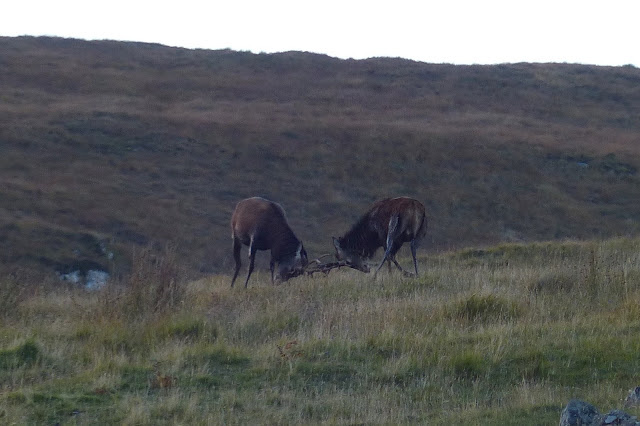 The Raptor writes, "They look like quite young stags and must have been at it for a while as they really just seemed to be pushing each other around without much gusto." 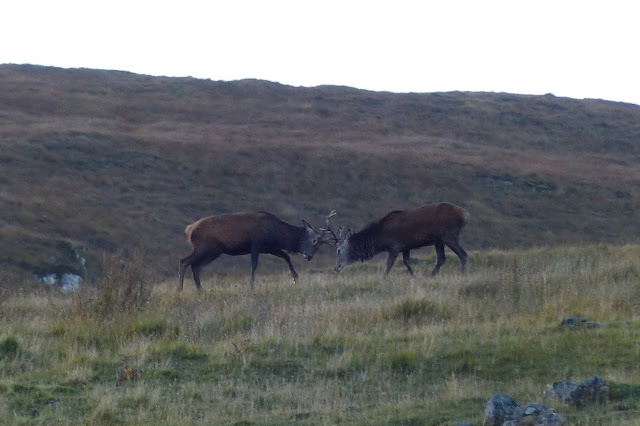 The red deer rut takes place from late September through to the end of November. The stags spend the rest of the year in groups which can be large or small - see this post to see one of the large groups.

During the rut the stags roar and posture to assert dominance, and only occasionally fight. The stag that 'wins' gets almost exclusive access to the groups of hinds. 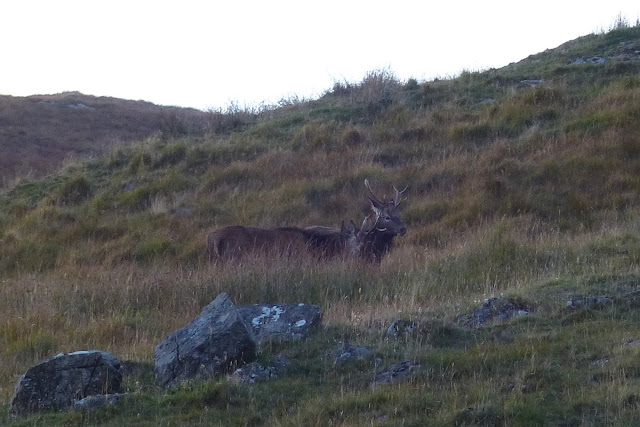 Those of us who have been out during recent nights chasing the aurora will have enjoyed listening to the roaring of stags around us. It's an eerie, primeval sound, and a bit frightening if the roaring is close.

The Raptor's stags seem to have given up in this last picture.


Many thanks to the Raptor for the pictures.
Posted by Jon at 12:36