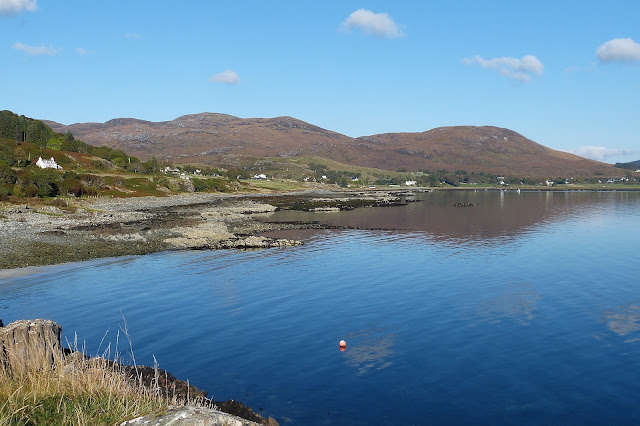 If, as I suspect, the current spell of glorious weather is by way of an apology for the dismal summer we've had, then it's an exceptionally handsome one. Today, like yesterday, has been almost dead calm with unbroken sunshine since dawn and temperatures which have soared on both days to a giddy 17C. This picture looks east along the Ormsaigbeg shore to Kilchoan. 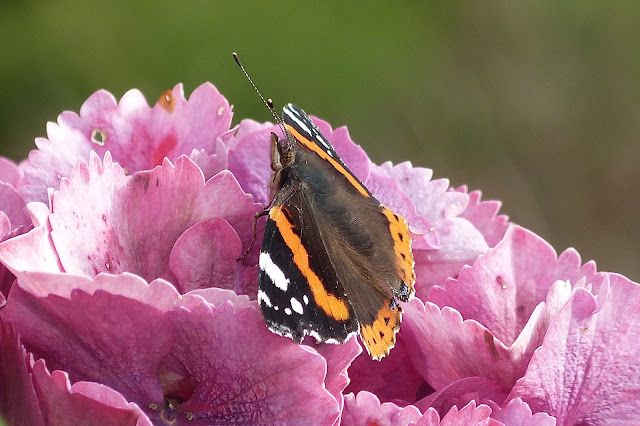 The insects simply can't understand what's going on, though the night-time lows of 5C must be fairly difficult to bear. This red admiral landed on a hydrangea flower not to feed but to bask in the sunshine. 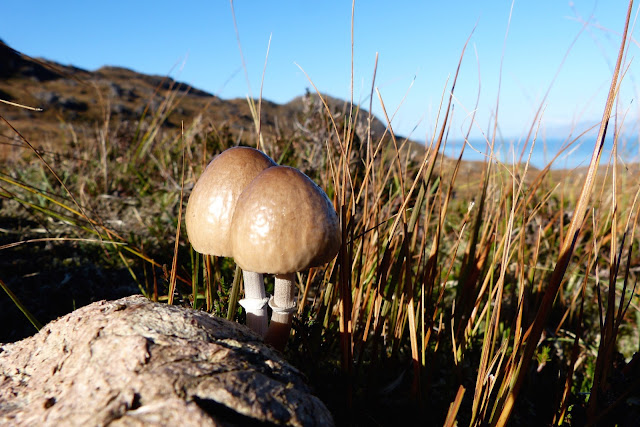 Even the fungi, for whom a mere 23mm precipitation in the last 21 days must be almost drought conditions, seem to be doing well. These rather magnificent toadstools were growing in the hills above Fascadale on a mound of deer droppings.
Posted by Jon at 16:31