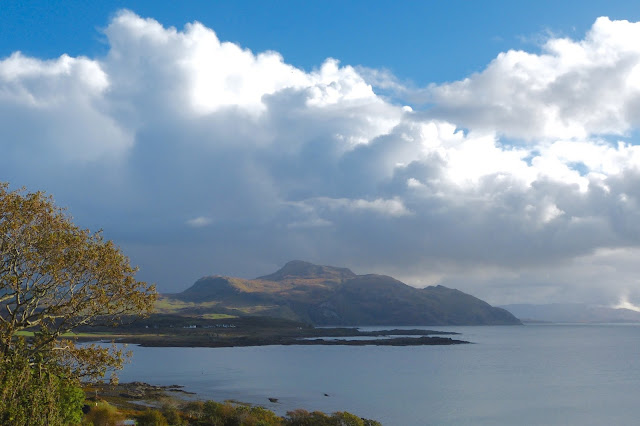 Last night brought some heavy rain, a total of 32mm, after which the winds dropped and the skies cleared enough to give us fleeting patches of sunshine which conjured some beautiful colours in the hills. 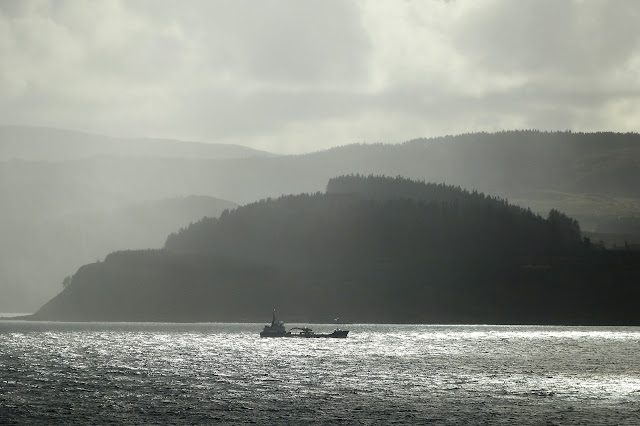 The silhouettes of ships passing in the Sound - this is the Burhou I - seemed to float across a sea of beaten silver, while the showers brought out a layering in the hills.  Had I been quicker with the camera, there would have been pictures of a small pod of dolphins which passed us around mid-morning. 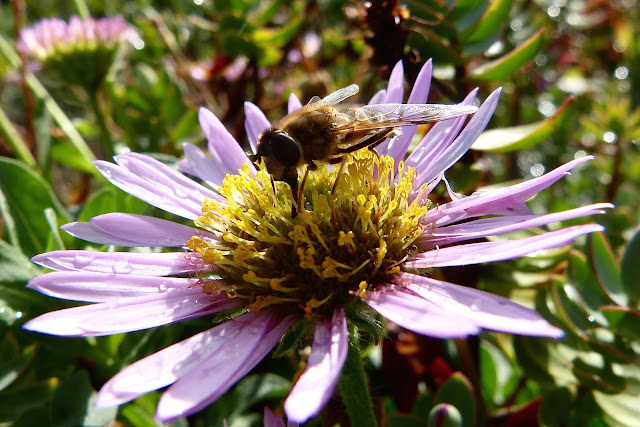 In the warm sunshine between the showers the insects come out, including this large fly feeding on the remnants of the michaelmas daisies in the front garden. We also saw two red admirals, both small specimens, and both flying rather drunkenly, as if they were functioning at the lowest limit of their flight temperature range. 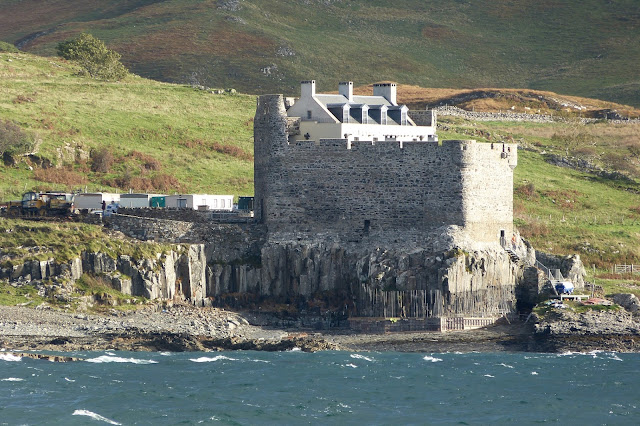 The refurbishment of Mingary Castle is moving towards an end. From the CalMac pier one can now see the upper windows of north range, restored to how it would have appeared around 1720. While work continues fitting out the rooms in the three ranges, most of the exterior work is now completed except for the reinforcement of the dolerite sill below the castle. The steel framework for this 'sea wall' to defend the castle from being undermined by the waves can be seen in this picture, below the west curtain wall.