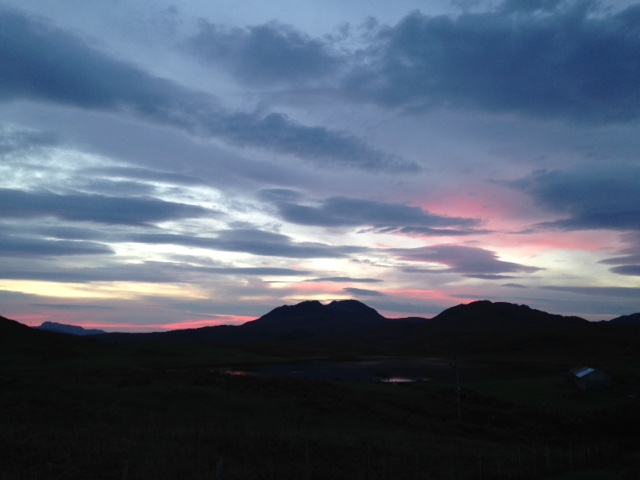 Kilchoan Early Bird sends this picture of this morning's sunrise - for which many thanks. Can anyone identify the hills in the picture? 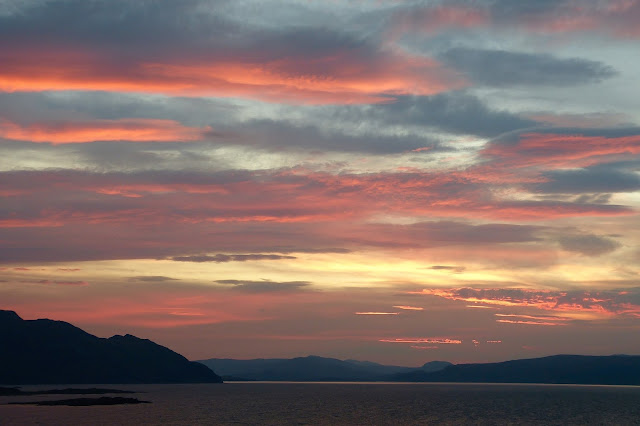 The Early Bird had probably been up and around for hours, but I too was stirring in time to see the sunrise happen - but it was over so quickly! By the time I had run up to the back of the property to get the whole southeastern skyline in the picture, most of the colour had already bled out of the clouds. 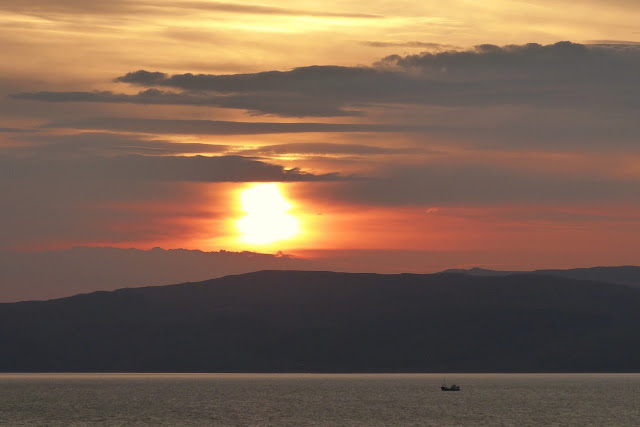 As the sun rose, its light coalesced into an angry fireball, an eye that seemed to look down balefully at the early-morning ferry sailing from Tobermory. However, once above the layer of muck, the sun brightened and gave us a beautifully warm late autumn day.

Hopefully, we'll have a clear sky tonight, in time to see some of the Orionid meteor shower which peaked a few days ago.
Posted by Jon at 15:36