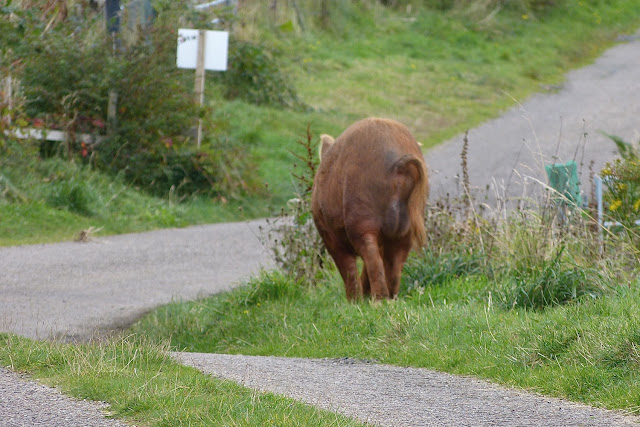 We've been enjoying an unusually long spell in which the local pigs have stayed in their runs, but this came to an end yesterday, just as we were thinking of sitting down to lunch, when one of the Tamworth sows from a neighbouring croft went past our house at speed, heading down the road towards the shop, followed, rather more slowly, by the Tamworth boar. The sow came back up the road before crofter Angus-John arrived to sort out the situation, and did what she's done before - she went down to the run where Hughie's pigs live. Far from reacting, as has happened on several previous occasions, Hughie's lot behaved impeccably, ignoring any provocation. Perhaps Hughie has had a word with them about fighting with the neighbours. 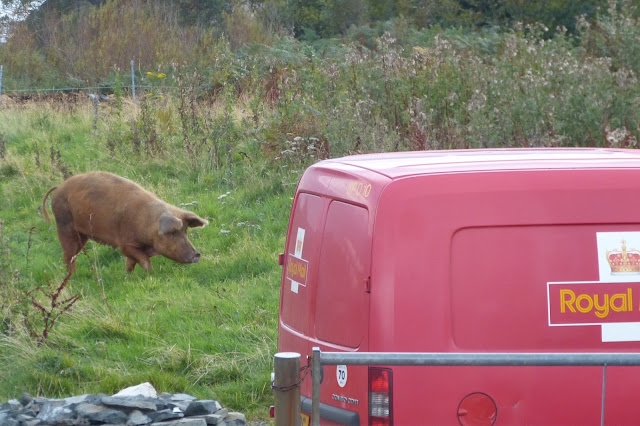 The arrival of Ritchie in the post van brought the sow hurrying back to the road, obviously to check if she had any post. By this time.... 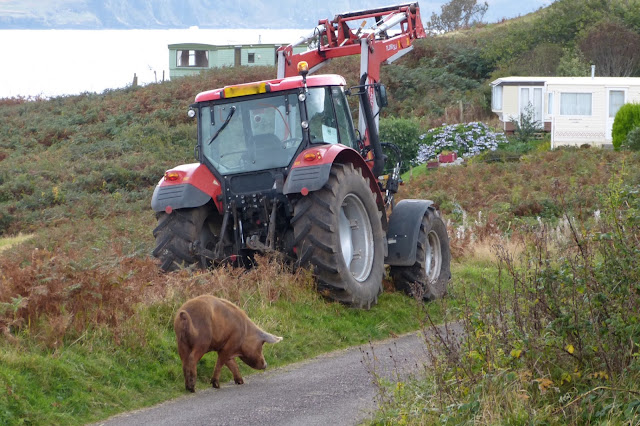 ....Angie had arrived and the sow, fearing she might be missing out on a meal, headed back to her field.

There's never a dull moment in Ormsaigbeg.
Posted by Jon at 12:35