From our Mountaineering Correspondent: 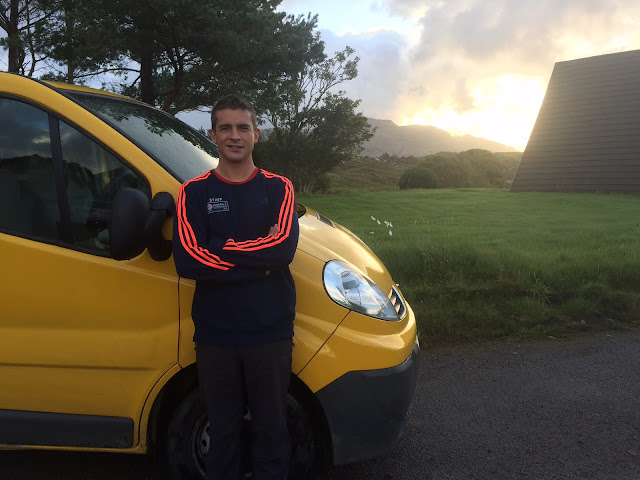 There are quite a few of us who enjoy a walk in the hills, there are even some who might have scaled the odd Munro, those Scottish peaks that are over 3000ft. But not many have scaled all 282 in one summer. Jack Campbell, nephew to Geoff & Sandra and John & Jacqui, is doing just that to raise money for charity.

Jack started on 1st June and aims to complete his challenge by mid October, that's around two a day on average which is very impressive when you consider the distances between them. The hardest day? The Ring of Steall, Mamores in Glen Nevis which took 13 hours to hit 10 summits over a 26 mile trek. The statistics are mind boggling. So far Jack has travelled 2000 kilometres and climbed the equivalent of 13 times up Mt Everest.

Jack left the army last year and wanted to set himself a challenge before the next stage in his career. He decided on two charities helping soldiers and their families and another for Parkinson's disease having seen its terrible effects first hand. You can follow Jack on his site www.themunrohunter.org which has some great videos of his adventure and also explains how you can donate to the two charities and helping to reach his fundraising target.

Jack was in Kilchoan before hitting three local peaks in Glenfinnan (Sgurr nan Coireachan, Sgurr Thuilm & Gulvain) and is currently over on Skye this week hitting the remaining peaks that he missed last time when the weather closed in, including the famous In Pinn (Inaccessible Pinnacle) that can only be reached by rock climbing. He will finish his epic journey at Ben Lomond on 17 October with friends and family joining him as he ticks off number 282.

Many thanks to Chris Gane for story & picture.
Posted by Jon at 15:58