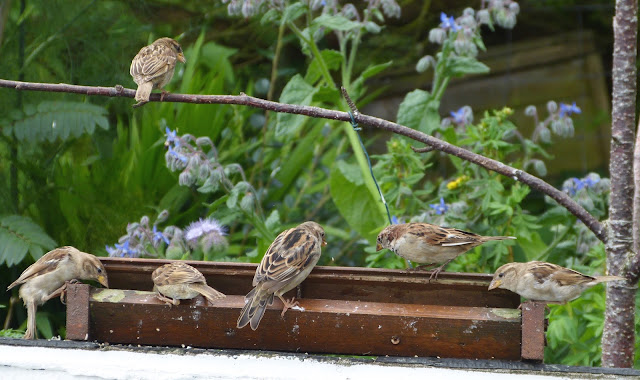 A month ago the small birds, particularly house sparrows and chaffinches, were crowding our feeders, and it looked as if Mrs Diary would have to feed our human family on gruel for the winter in order to keep them in their accustomed top-class bird food. 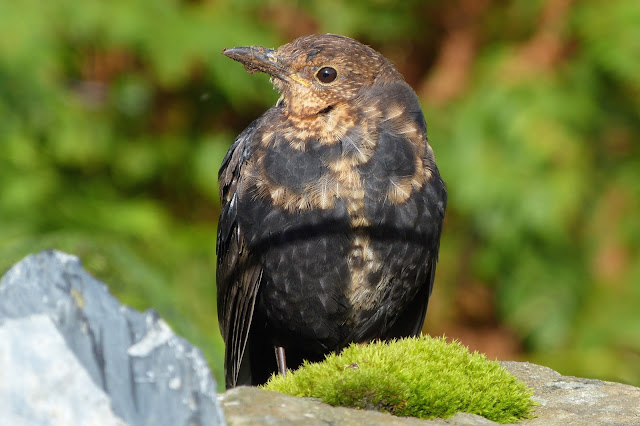 We also had plenty of blackbirds, mostly the family which had grown fat from feasting off our strawberries and raspberries. 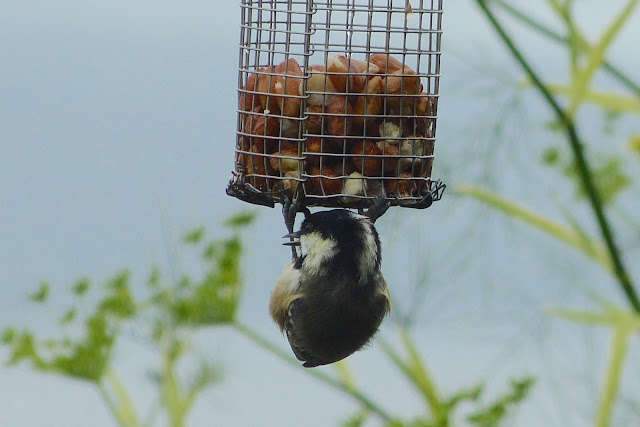 A couple of coal tits, a small bird we particularly love watching, were also coming to the peanuts.

Over the last few weeks the numbers of small birds has dropped drastically. The coal tits have gone, there are fewer siskins, no blackbirds, and many fewer sparrows, chaffinches and yellowhammers. We think.... 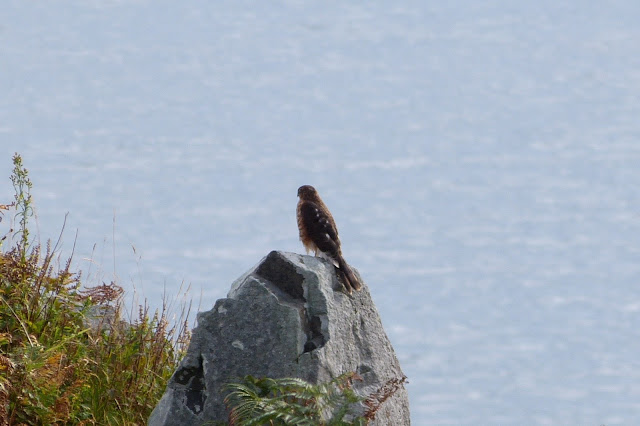 ....that this is the primary cause, a sparrowhawk which we see almost daily hunting along the Ormsaigbeg road. We don't begrudge him his pillaging of our bird population - it is, after all, nature's way - but at the rate he's going there will be very few small birds left by the end of the winter.

However, we can't believe he has eaten all the blackbirds, so it may be that our summer population has moved south for the winter, and that they'll be replaced over the next few weeks by migrants from the north. 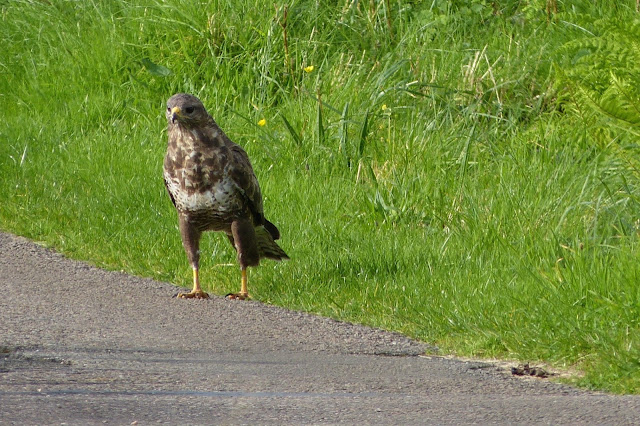 While our pair of local buzzards weren't able to nest in their usual place this year, having been evicted by a pair of crows, they did manage to rear their usual one chick. But it was hard work, and they weren't so proud that a bit of road kill couldn't be part of the diet.
Posted by Jon at 11:58