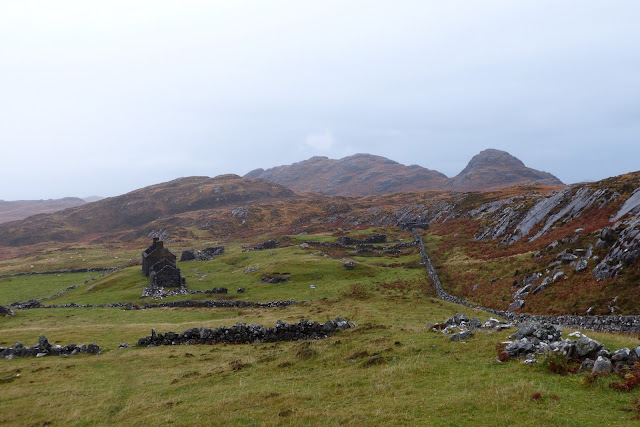 We walked to Glendrian today, to a village site which has existed for hundreds if not a thousand years but, a mere seventy years ago, finally died and was abandoned, the victim not of a wicked landlord's clearances but simply because it was too remote from the services people had come to expect.

This picture shows the site of the original clachan, with the head dyke on the right. Two hundred years ago there would have been a huddle of small, thatched houses here, surrounded by fields held in common and, beyond them, miles of common grazings for the settlement's livestock. 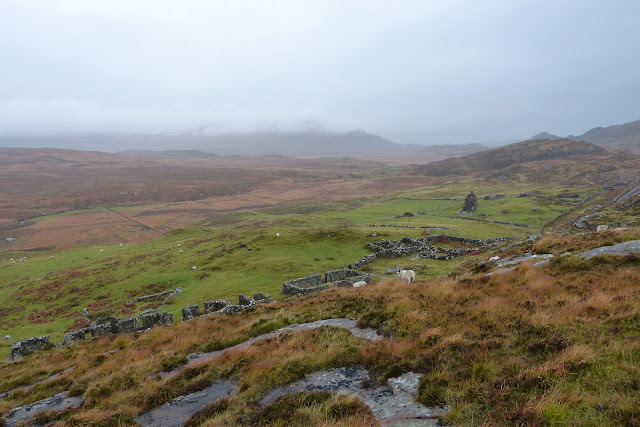 We walked up the low hill at the back of the site, from where more of the recently occupied houses are visible, these built after the settlement was reorganised into crofts some time in the mid-nineteenth century, the lands of each croft starting at the head dyke and running in a strip down to the burn.

The site is now a scheduled monument and is preserved because it shows so clearly the development of a clachan into a croft township. The buildings in the left foreground were the last to be abandoned, in 1941. 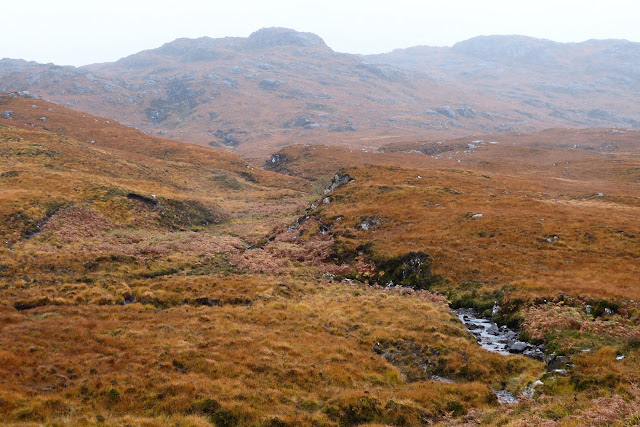 Leaving Glendrian, we walked southeast into the land which was once its common grazings, now the home of a few Ardnamurchan Estate sheep and the occasional red deer. The rolling hills are dissected by small, rushing burns, this one being the Allt Mam a Ghaill which drains the steep slopes formed by the main ring dykes, visible in the murky distance. 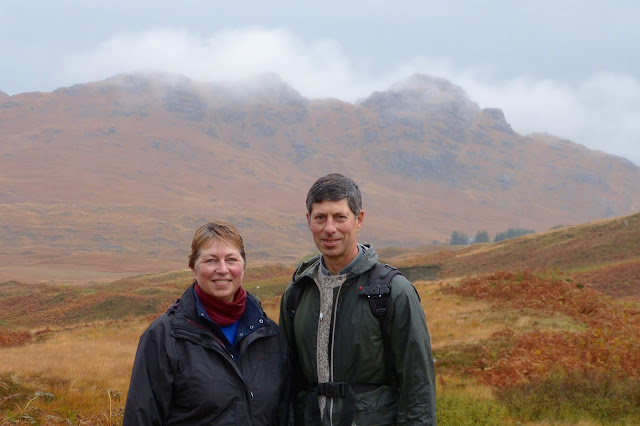 It was a  great pleasure to be accompanied on the walk by Derryck and his sister Tracy, who are on holiday staying at one of the Cameron's cottages at Ockle. It was their first visit to Glendrian, and it seemed such a shame that they had to see it in such dreich conditions. 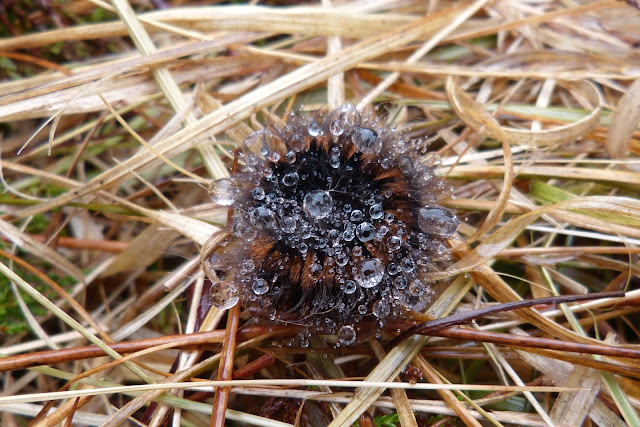 We were all fairly well dressed for the weather, yet all of us came home damp. Derryck found this caterpillar, perhaps that of the fox moth, Macrothylacia rubi, which seems to have developed a far more efficient way of repelling water.


A history of Glendrian is here.
Ockle Holiday's website is here.
Posted by Jon at 15:45