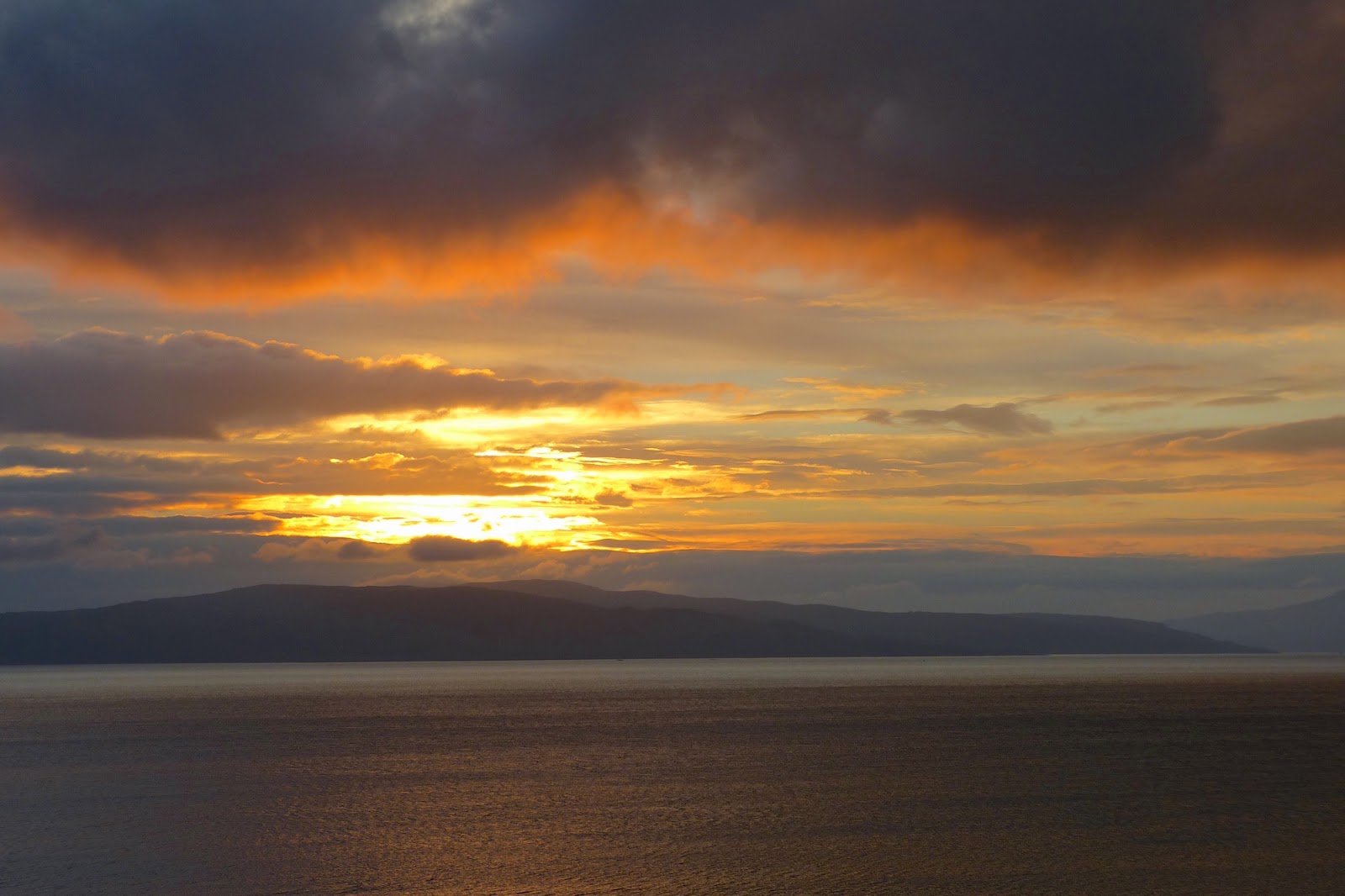 This morning's sunrise across the Sound was suitably descriptive of the day's forecast - sunny intervals with some showers, and a stiff and cold northeasterly.  So, after several days of grey weather.... 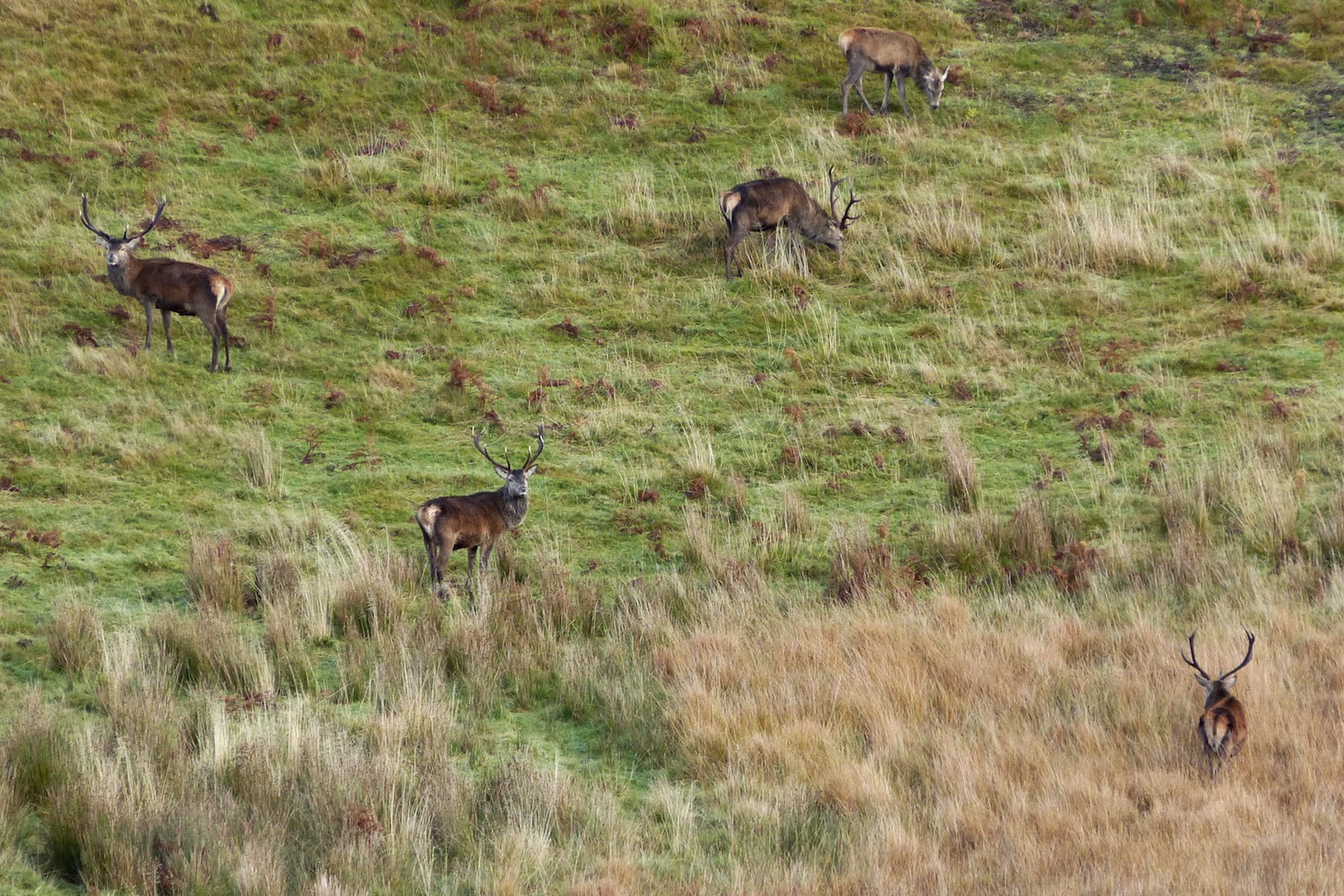 ....we set off to walk along the top of the scarp that runs around the east side of the Basin, seeing these red deer stags on the opposite side of the narrow glen which the road follows after passing Loch Mudle, before.... 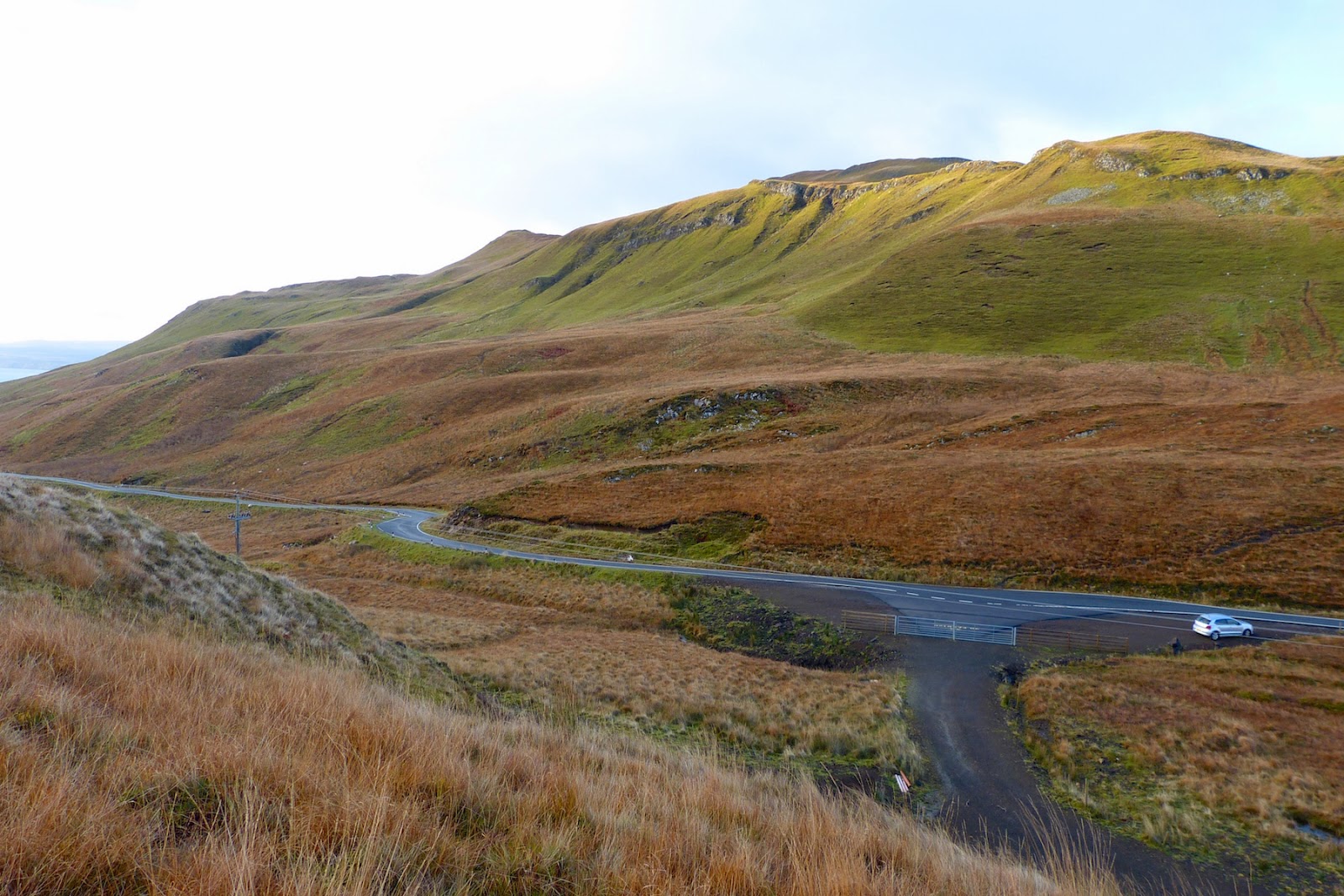 ....parking the car where the track that leads up to the wind turbine on Beinn Bhuidhe meets the road. 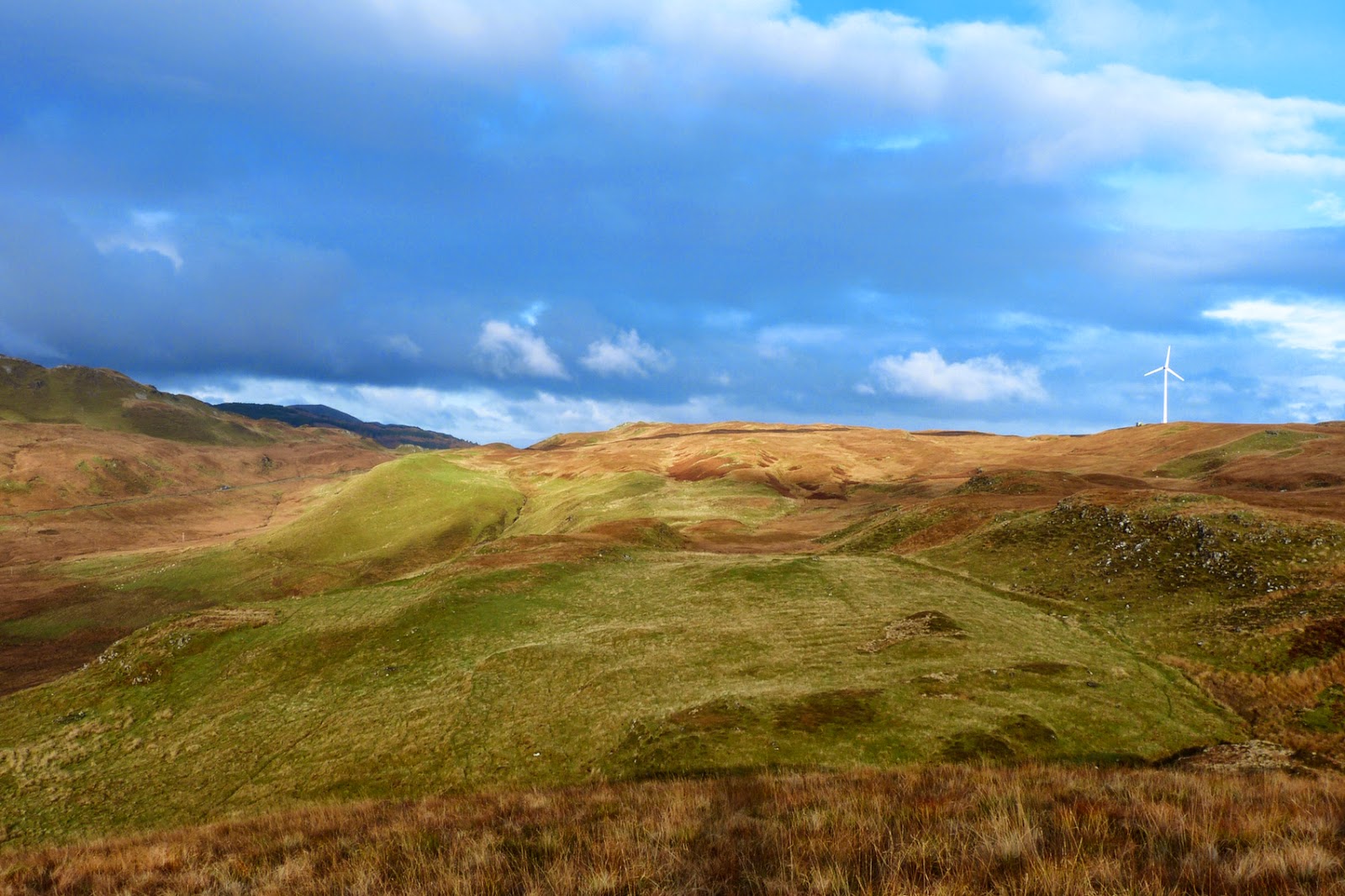 We walked south along the top of the scarp in fleeting moments of sunshine.  This picture looks back along the route, with the Ardnamurchan Estate's turbine on the horizon.  The land here shows signs of one-time agricultural use.  It's very difficult to tell how ancient these workings are though, by the way the drystone walls wander across the countryside, they're old - and they're certainly older than 1806 as William Bald's map doesn't show fields here. 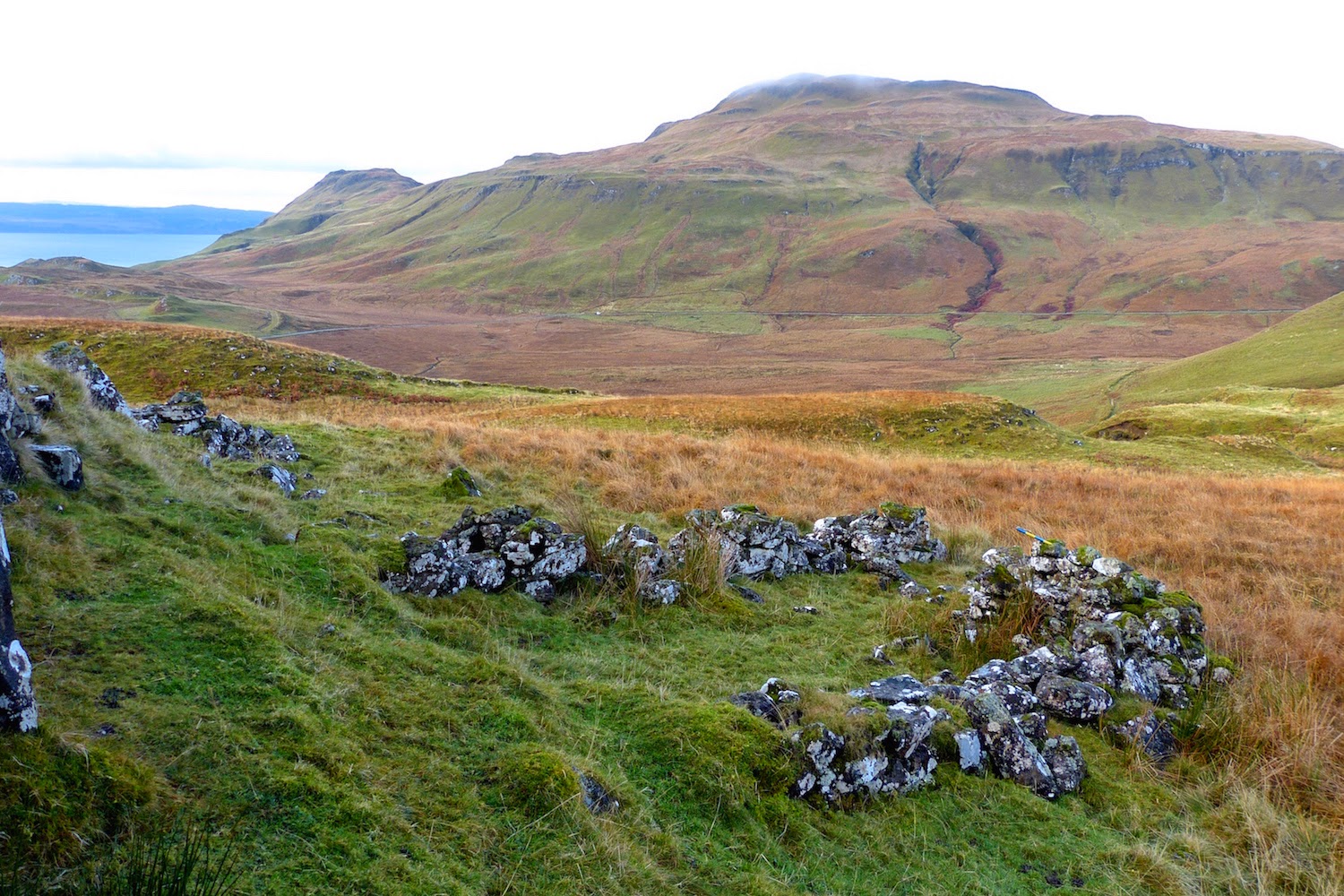 This must be about the fourth time we've wandered this beautiful part of Ardnamurchan, with its stunning views across the Basin to the southeast slopes of Ben Hiant, yet these ruins came as a complete surprise.  The nearer structure looks like a sheep fold, though it has a structure in one corner which might have been, but almost certainly wasn't, an early inside toilet.  There's another, smaller structure to the left of and beyond the main one, too small to be a shieling hut and most resembling a cist burial chamber which, again, it almost certainly isn't. 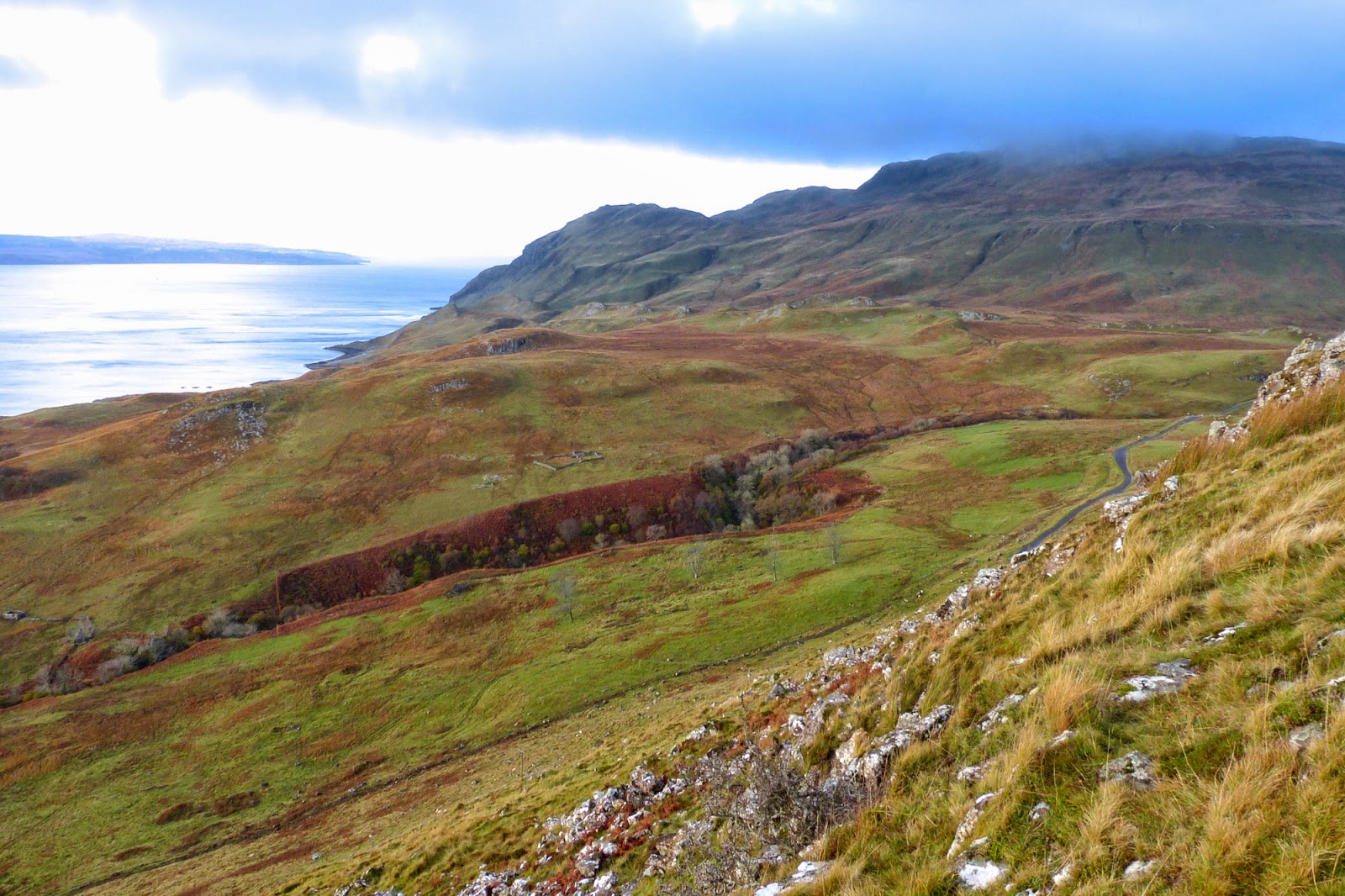 The scarp swings east, with the road now running along its base.  Just beyond the deeply incised, bracken-choked glen in the middle distance lie the remains of the clachan of Tornamona, cleared at the same time as Camas nan Geall in 1828.  The summit of Ben Hiant was, by this time, swathed in cloud, and the first rain was falling. 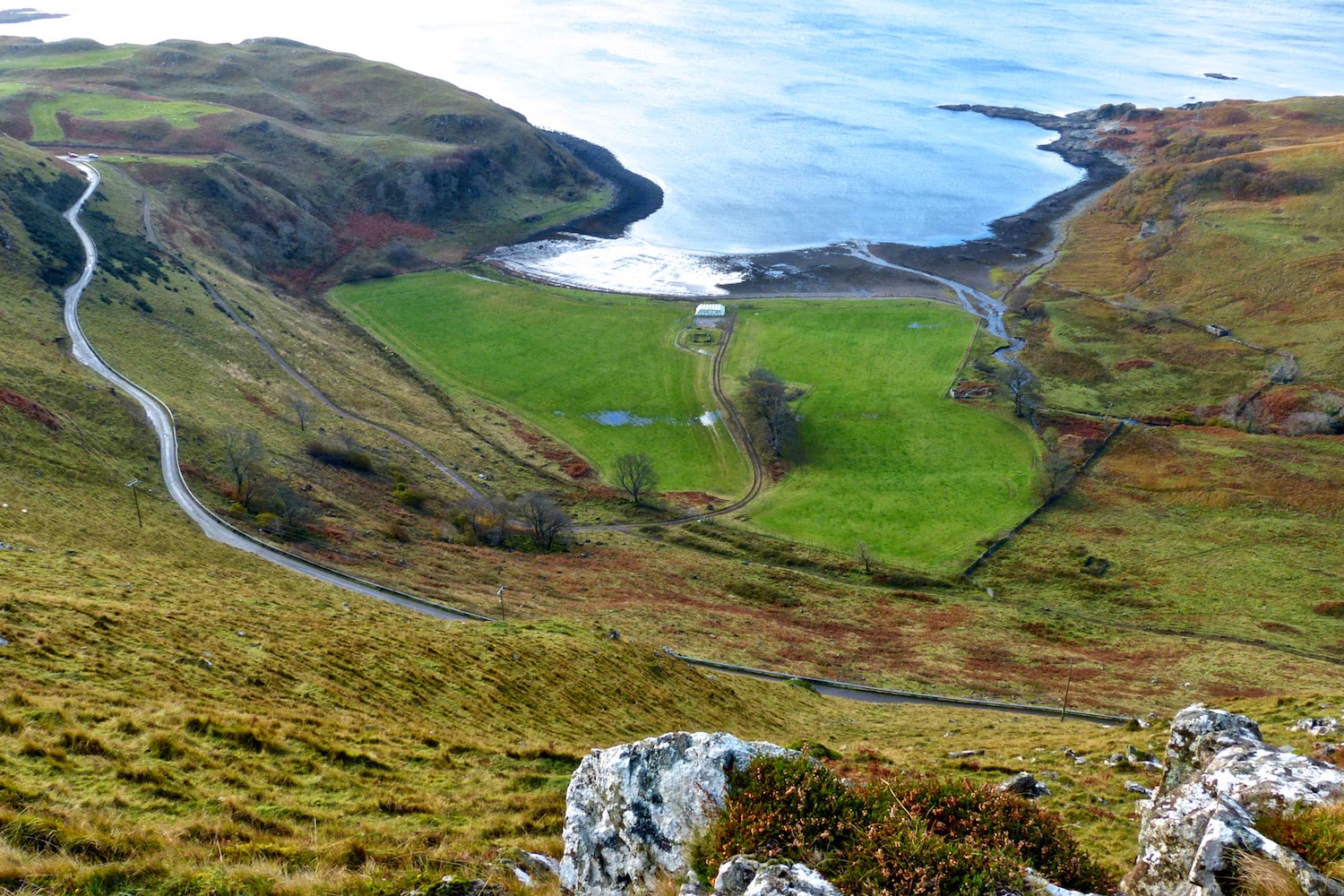 This is one of the best views along this very special walk, looking almost vertically down into the beautiful bay of Camas nan Geall.  Anyone who visits the bay, and parks in the car park - just visible at top left - can climb to this vantage point by crossing the road opposite the car park and making their way up a reasonably gentle slope to the top. 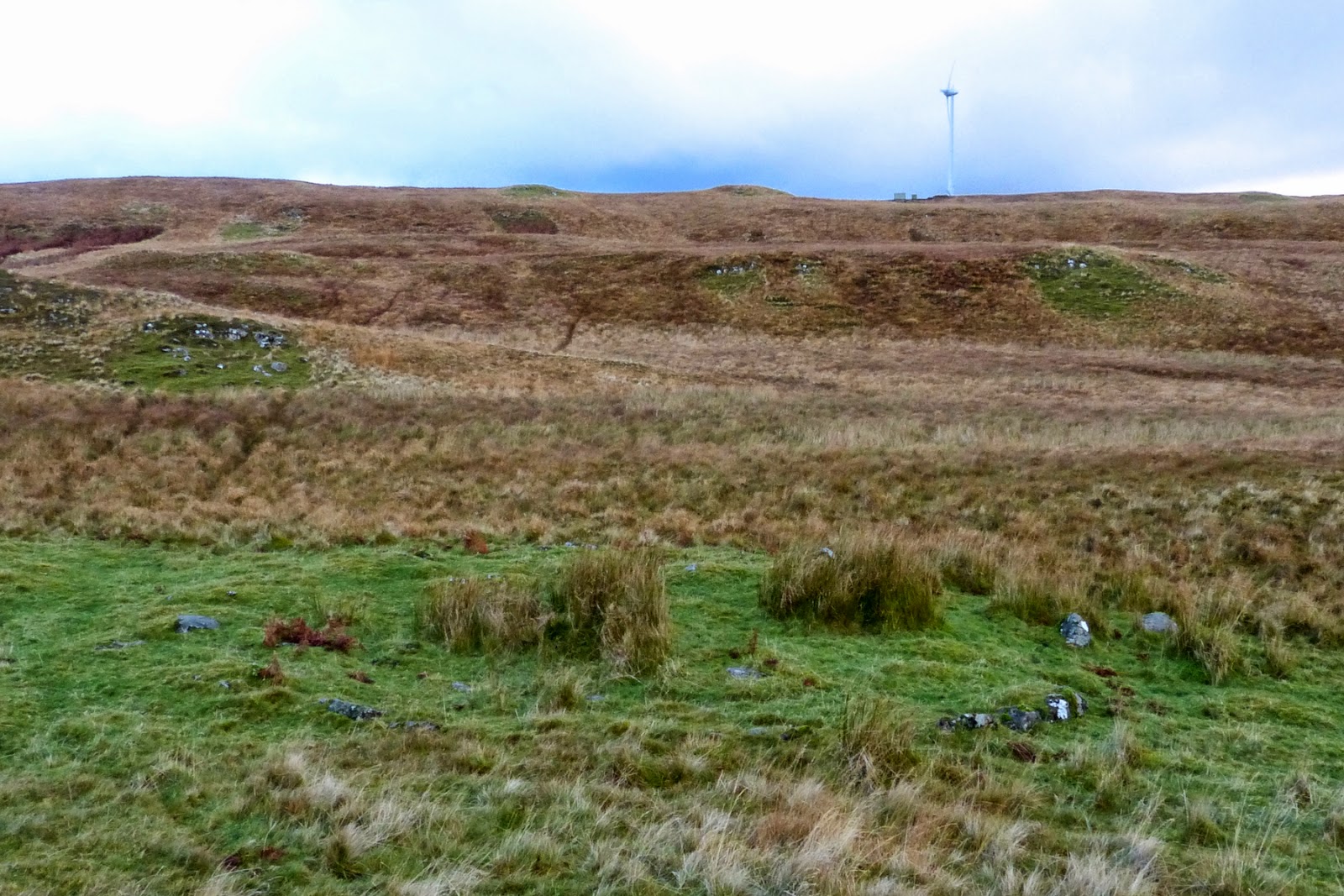 On the way back we passed this archaeological site, found by Allyson and Andrew Perkins, a stone circle which is almost certainly the foundations of a large Bronze Age hut.
Posted by Jon at 16:36