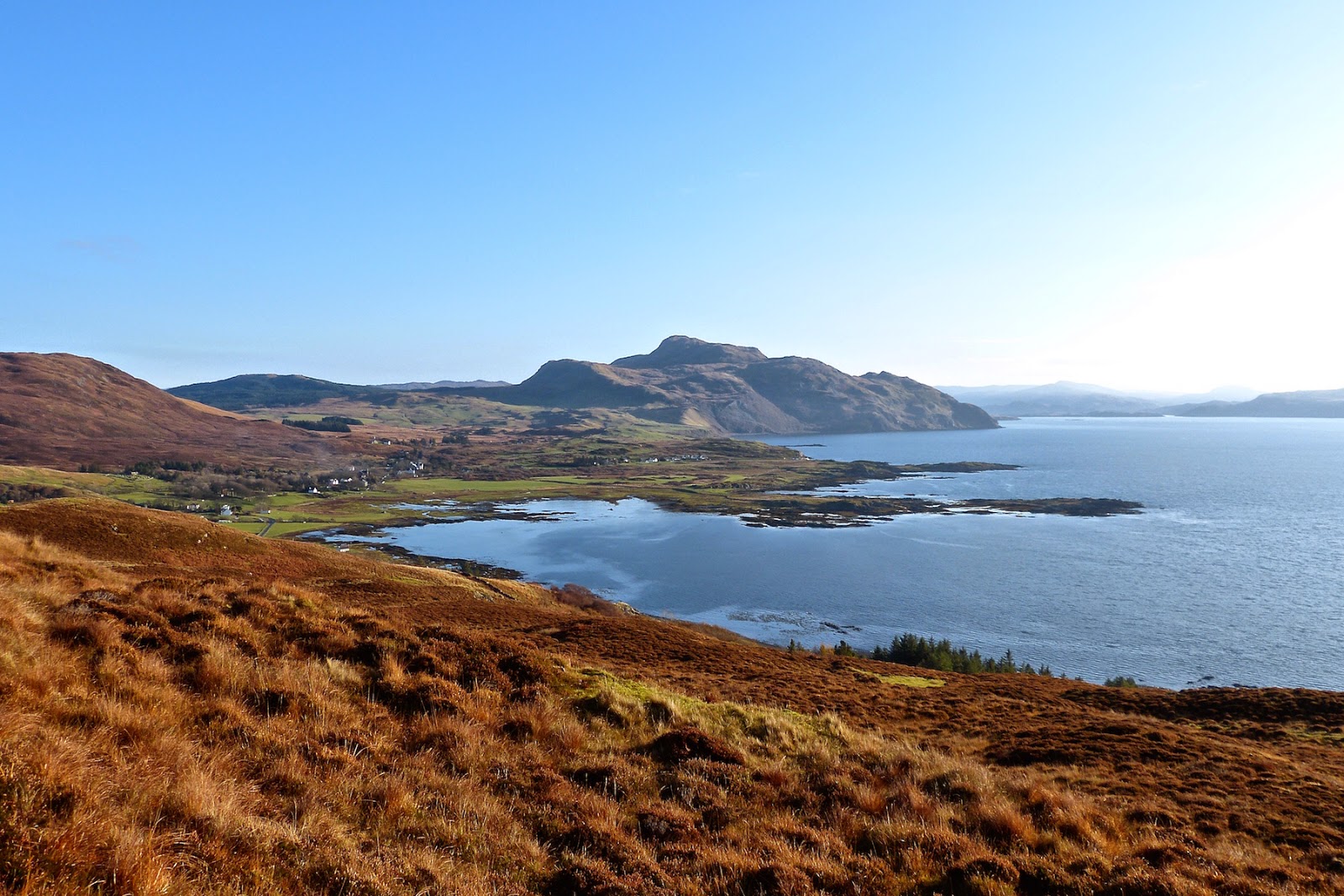 We planned to be out for a couple of hours, maximum, so, taking only a small rucksack and a flask of coffee, we set off this morning along the southeast slope of Druim na Gearr Leacainn, with its views across Kilchoan Bay and down onto the village, with the intention of working round the eastern end of the ridge.... 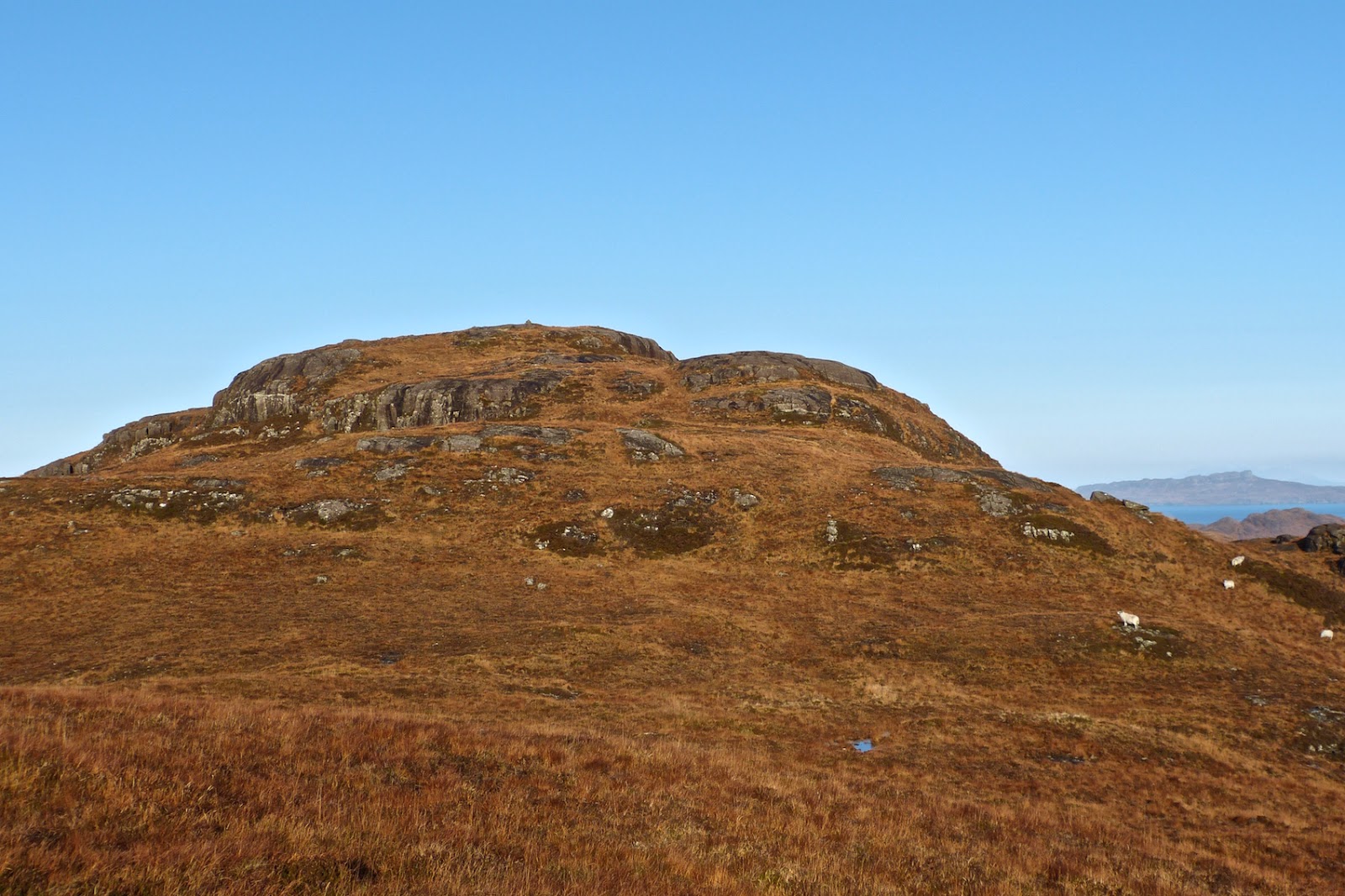 ....to this sturdy little hill, Stacan Dubha, the black stack, from which there are.... 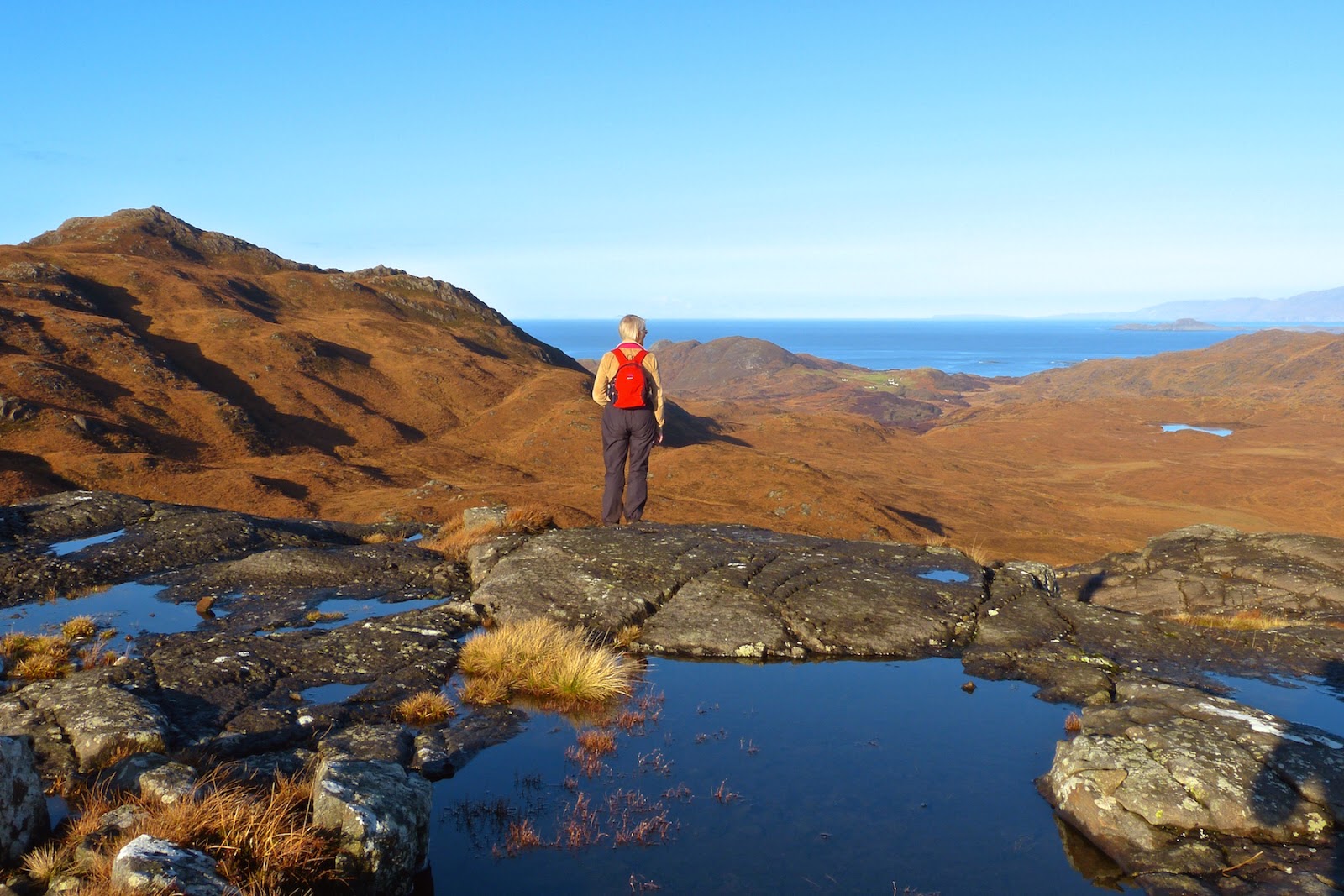 ....views northwestwards towards the small township of Achosnich and the lochan at the back of the Sonachan Hotel, Lochan an Aodainn.  By this time the air was warm enough for a few midges to be dancing in the sunlight.  It seemed a shame to head home, so we worked our way along the base of the hill to the left of this picture, Beinn na Seilg, until we reached.... 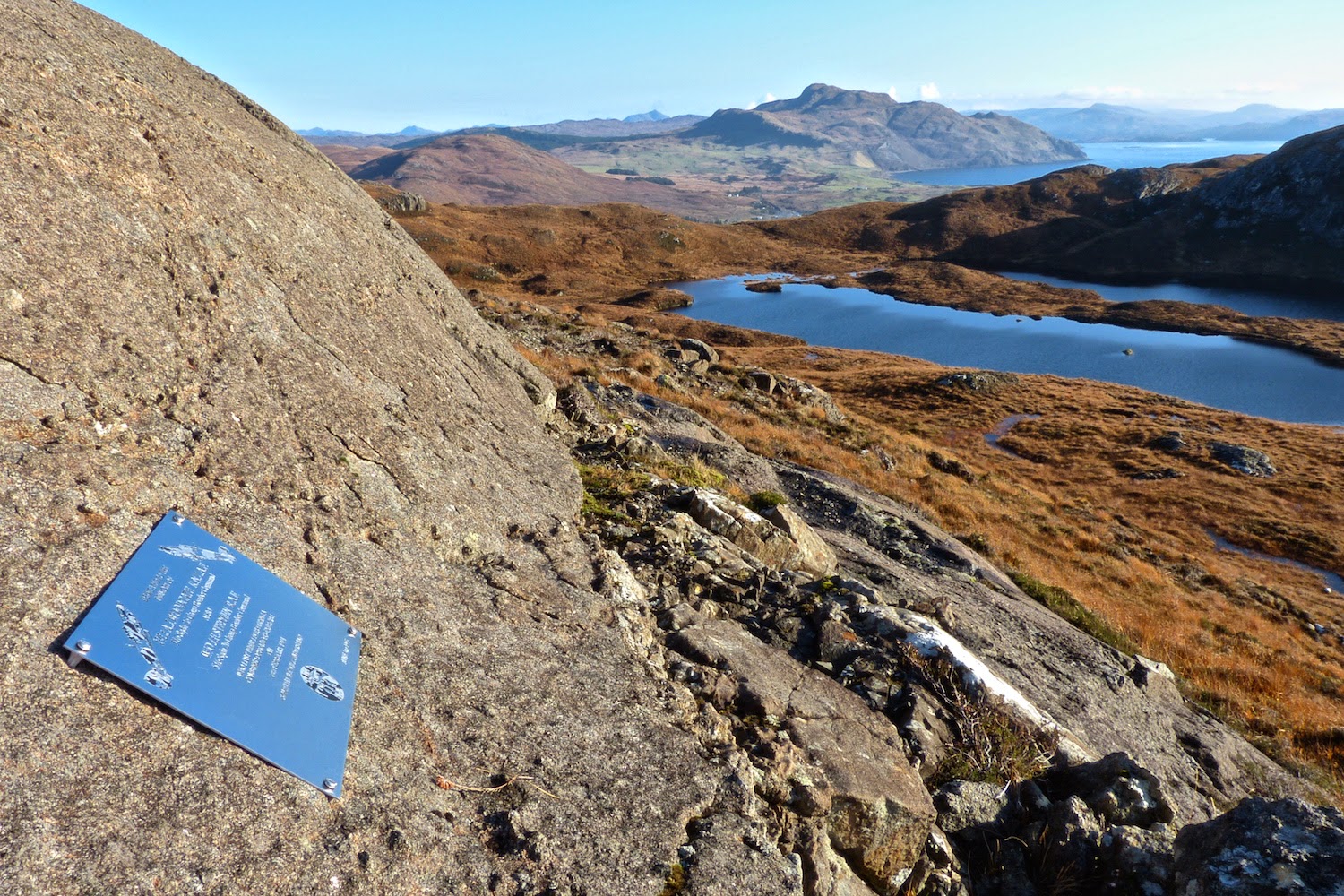 ....the small plaque which is screwed to a rock, dedicated to the memory of two Hurricane fighter pilots who were killed near here while training for the D-Day landings.

Being now about half way up the slope of Beinn na Seilg, we thought.... 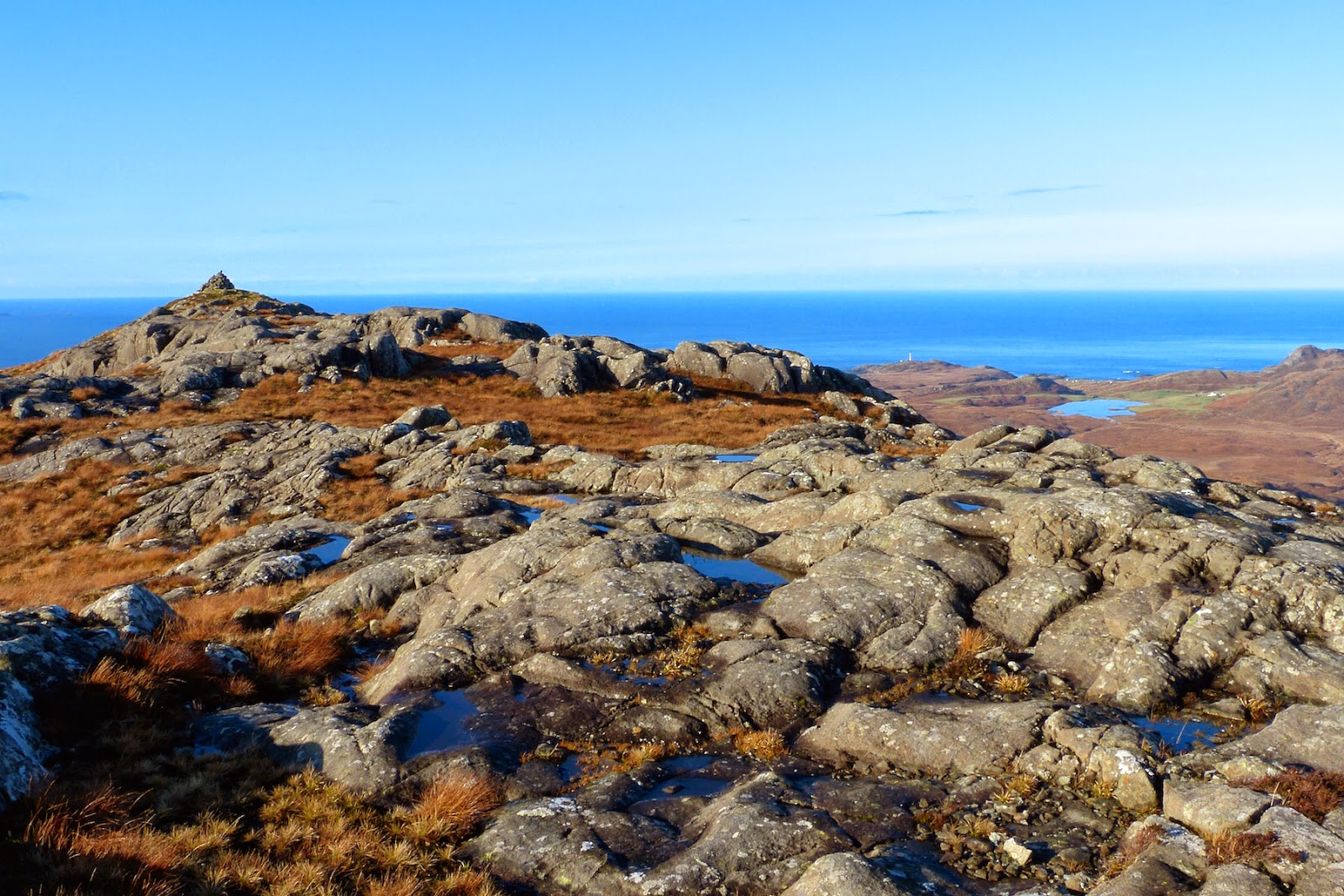 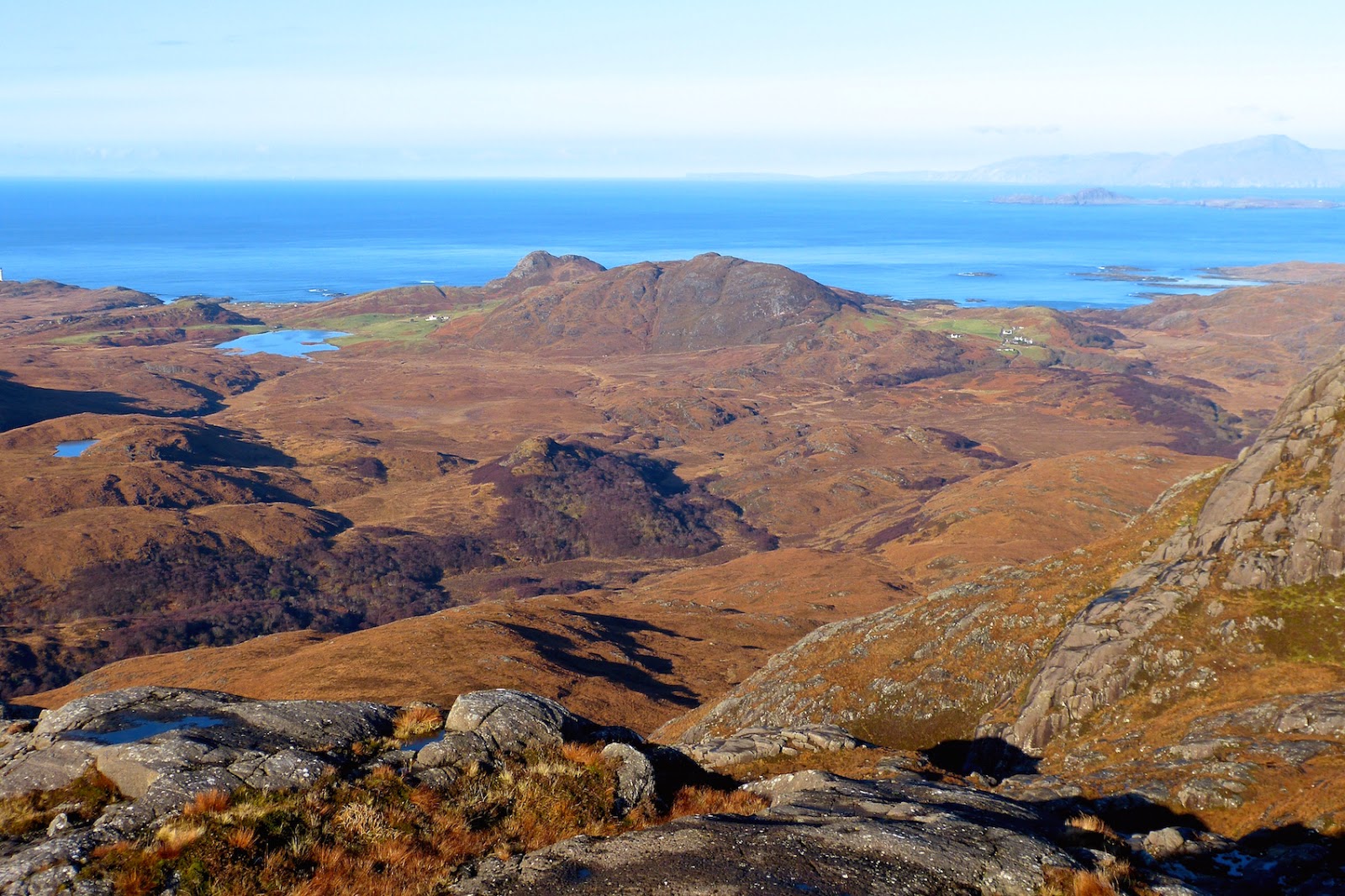 ....there are even better views in every direction, but particularly towards the end of the peninsula and over to Rum and Muck.

The scenery is at its best at this time of year, with the golden-browns of the dead bracken, the yellow-browns of the grass, and purple-red of the now-bare upper branches of the birch trees. All they need.... 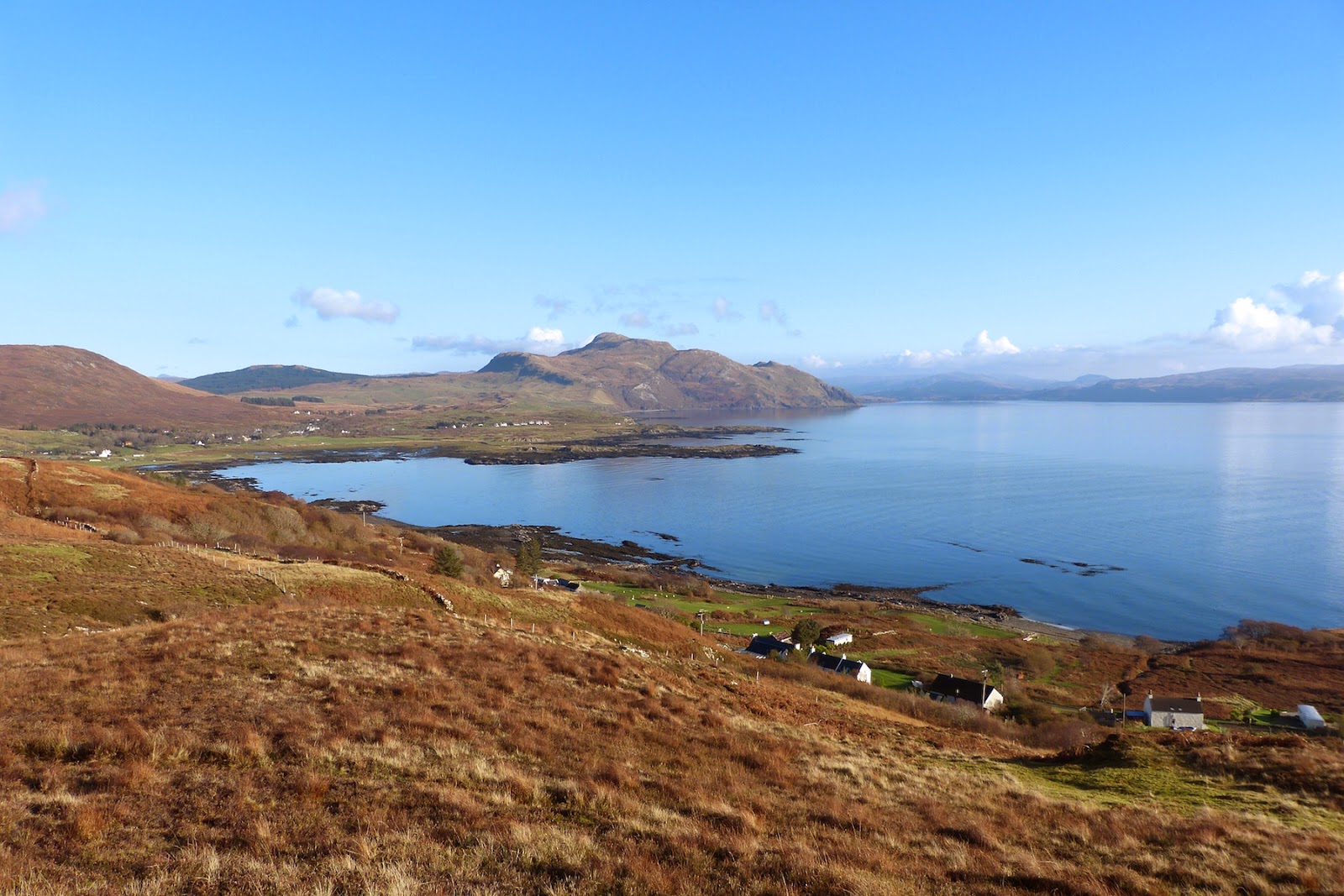 ...is a bit of blue sky and sunshine to bring them out.

We were resting on a rock at the western end of Druim na Gearr Leacainn, on our way home, when a tortoiseshell butterfly drifted by.  Mrs Diary had seen a couple of butterflies on Wednesday's walk, and we saw another in the front garden shortly after we finally arrived home, over four hours after setting out.  It seems incredible that butterflies should be out a week into November, but the maximum and minimum thermometer in the front garden recorded a 14C maximum for the day.
Posted by Jon at 15:09