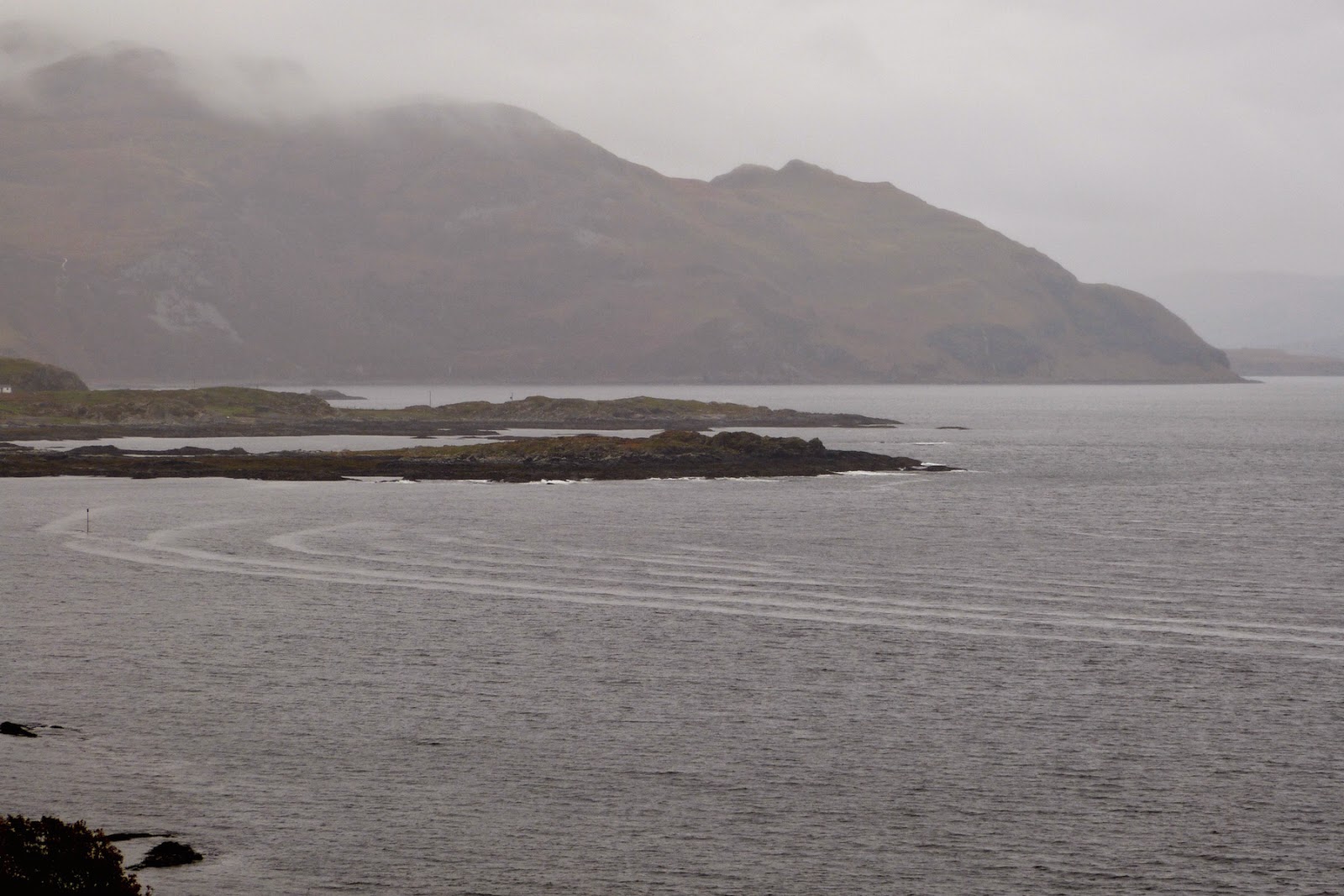 This morning saw us with a very light southeasterly and these strange stripes across Kilchoan Bay.  They aren't waves, as in a ship's wake, because they didn't move.  We often see patterns of this sort on the surface of the sea, usually after rain - and we had plenty of that last night - but never before in a such an organised form. 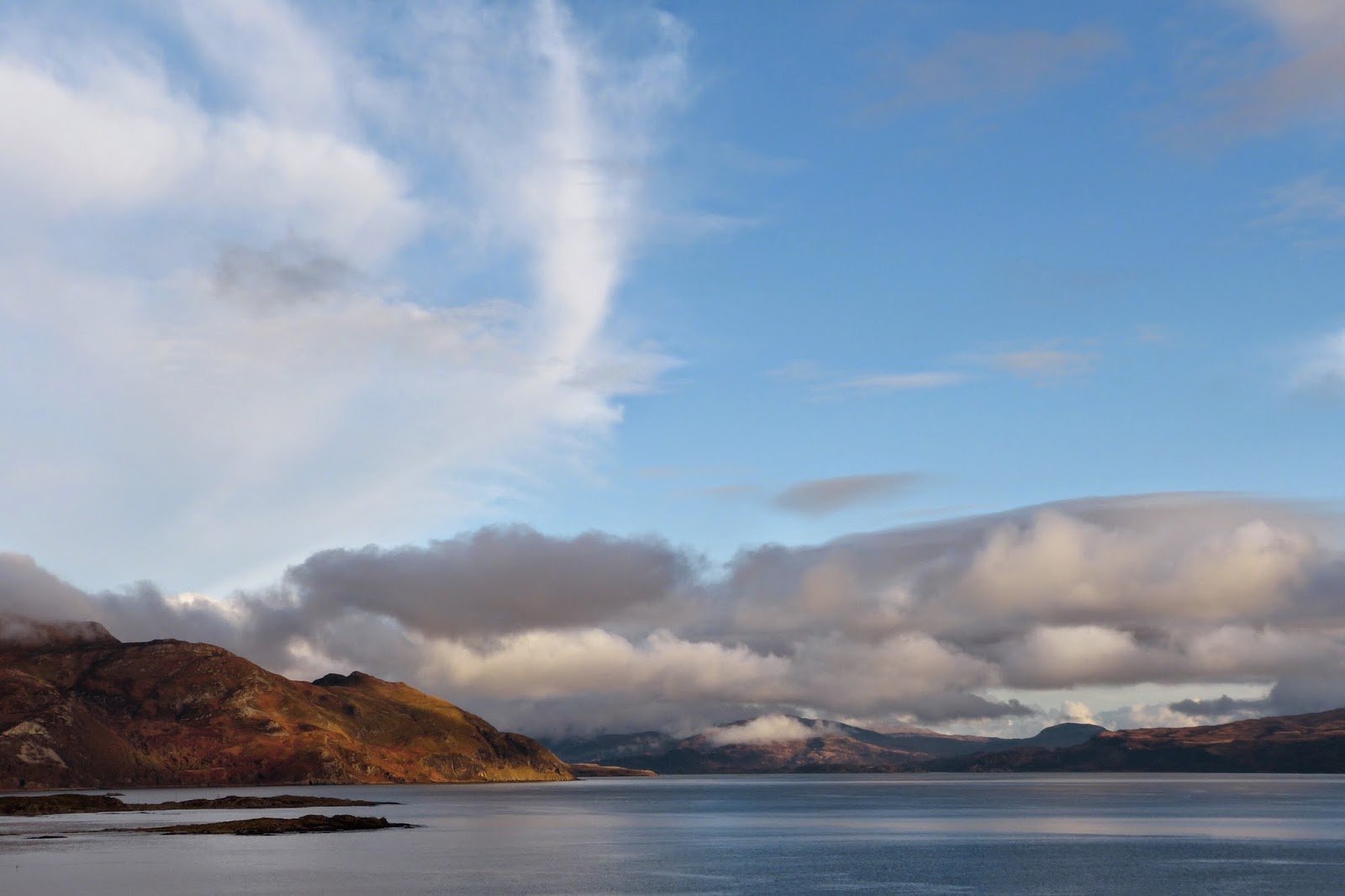 By mid-afternoon the rain had finally petered out, the clouds reluctantly cleared, and we began to see some sun.  Where it struck the hillsides the colours were magnificent.
Posted by Jon at 15:25