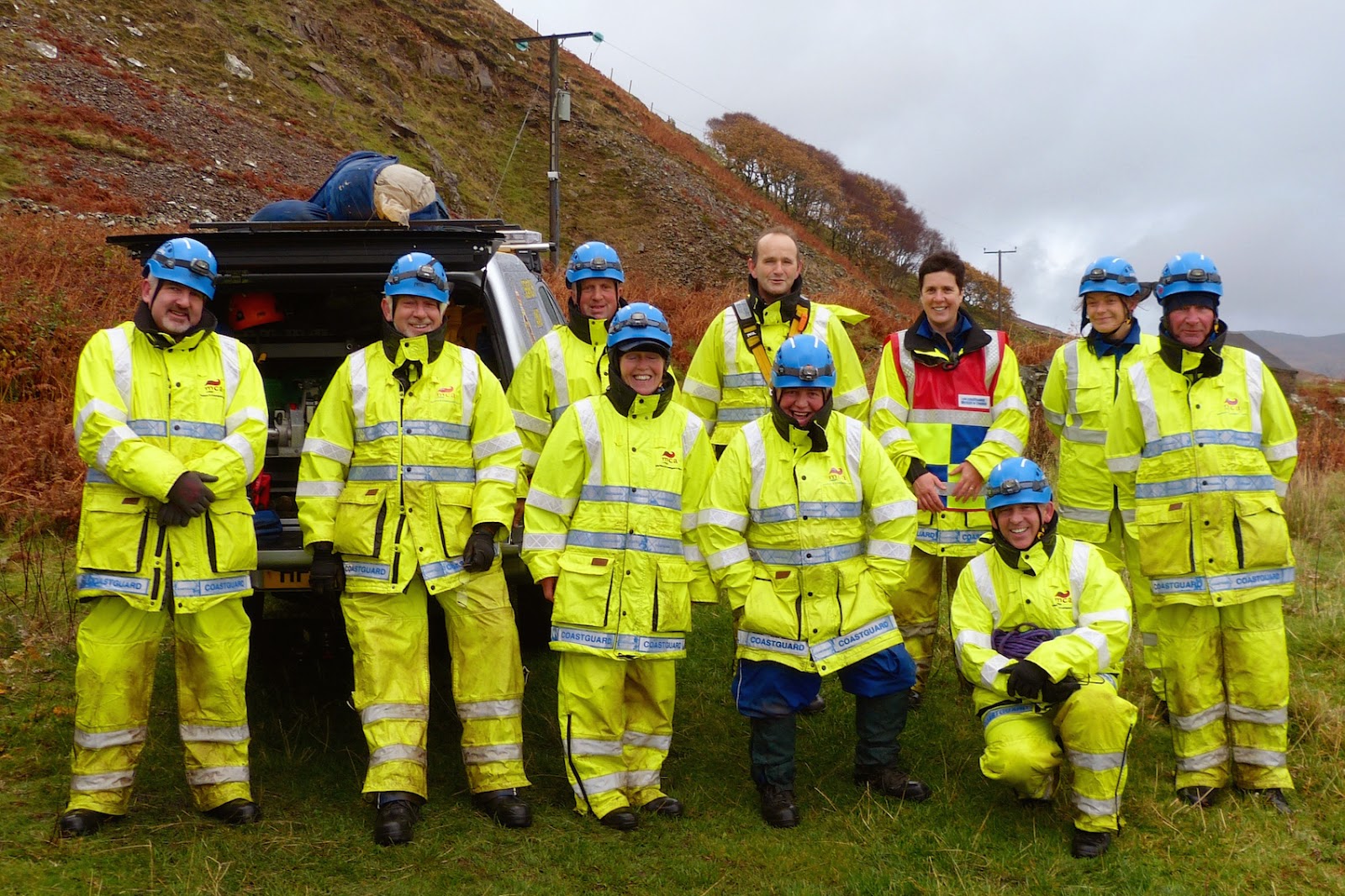 We saw two Coastguard trucks go along to the end of Ormsaigbeg around mid-morning this morning, this usually being a sign that they're carrying out a cliff rescue exercise by the twins' house - but we didn't expect to find them still there after two this afternoon, and looking remarkably cheerful despite the constant heavy rain, a biting wind and, presumably, a fair bit of dangling off wet ropes.  If you're worried about the man lying on top of the Coastguard pickup, don't: it's the dummy they haul up the cliff from the beach.

For readers who aren't familiar with the way Her Majesty's Coastguard works, these coast teams are all local people paid for call-outs and training.  Teams like this are strung out round the British coastline, and some of them, like the Kilchoan team, are trained to carry out cliff rescues if a helicopter isn't available or can't fly because of dreadful weather. 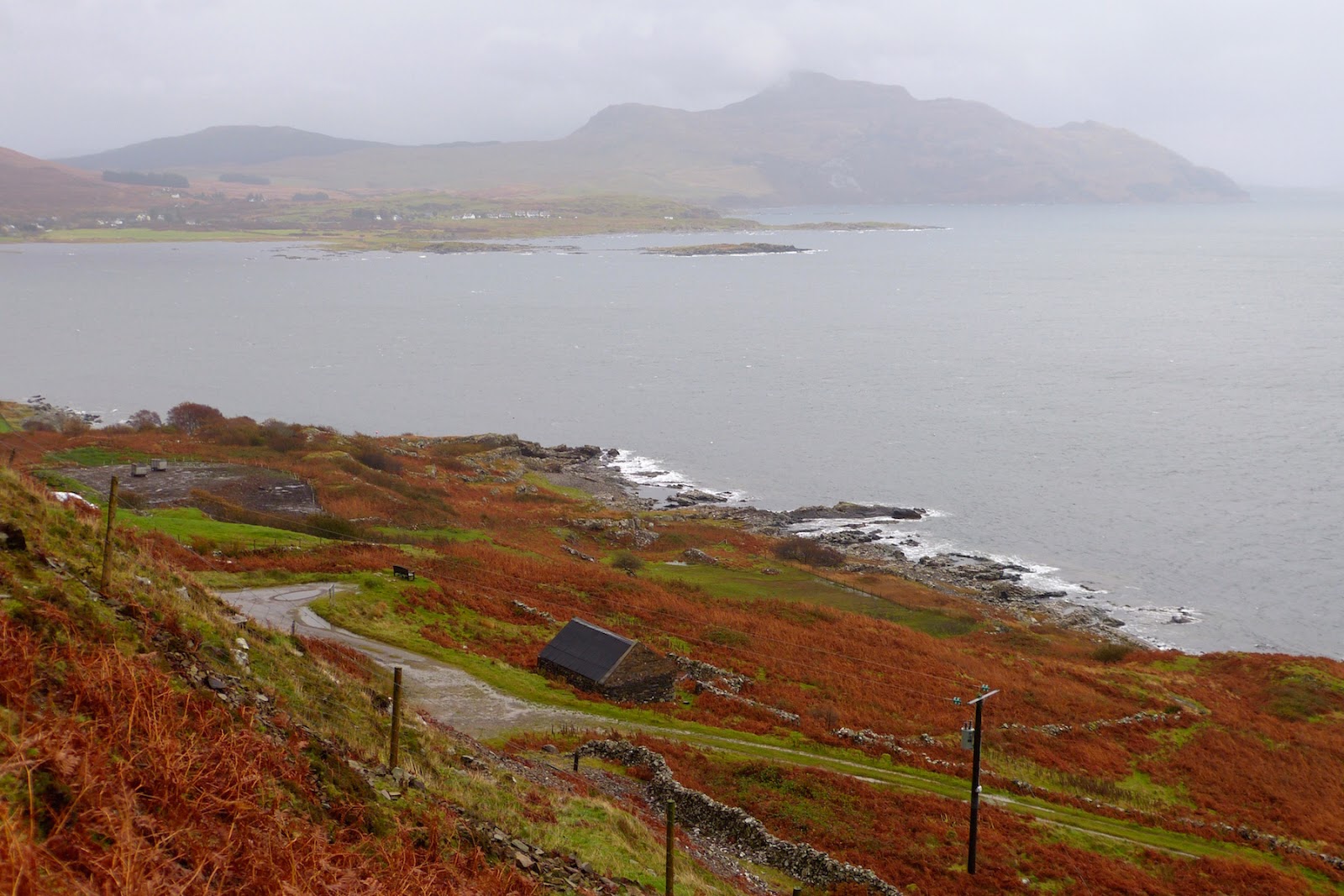 We were on our way up the slopes of Maol Buidhe, keeping in its lee on the northeastern slopes.  It was truly miserable weather, with sheets of rain, and seeing the Coastguard made us step even more carefully in the sodden, slippery conditions.  But it's good to know there's a local team ready at minutes' notice which would, if we did get ourselves into trouble, be fully capable of rescuing us. 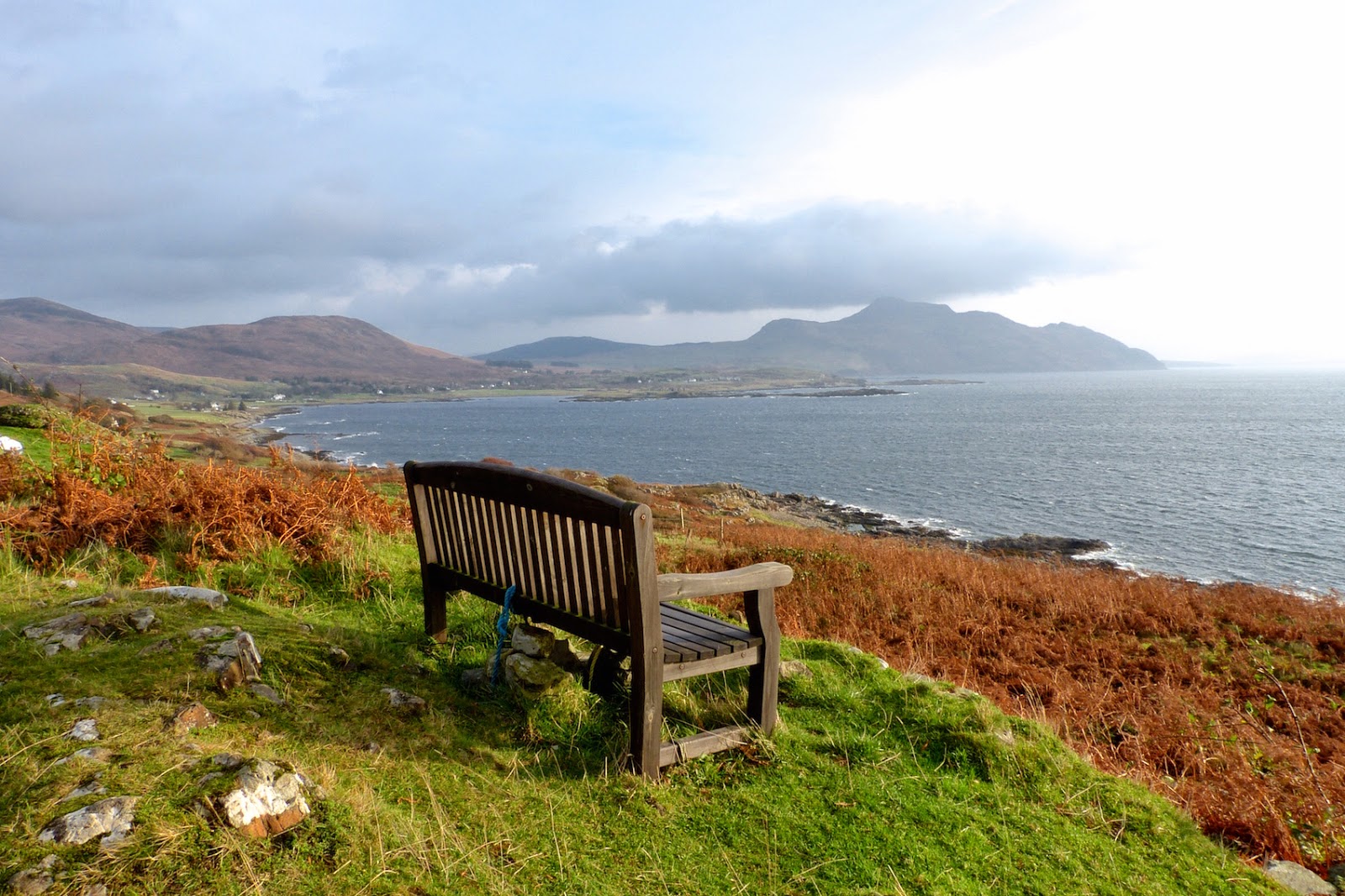 Today's weather is in strong contrast to yesterday morning's when we had some fleeting bright sunshine.  This bench is just by where the Coastguard were holding their exercise, and must have one of the most memorable views around the British coastline.
Posted by Jon at 15:51