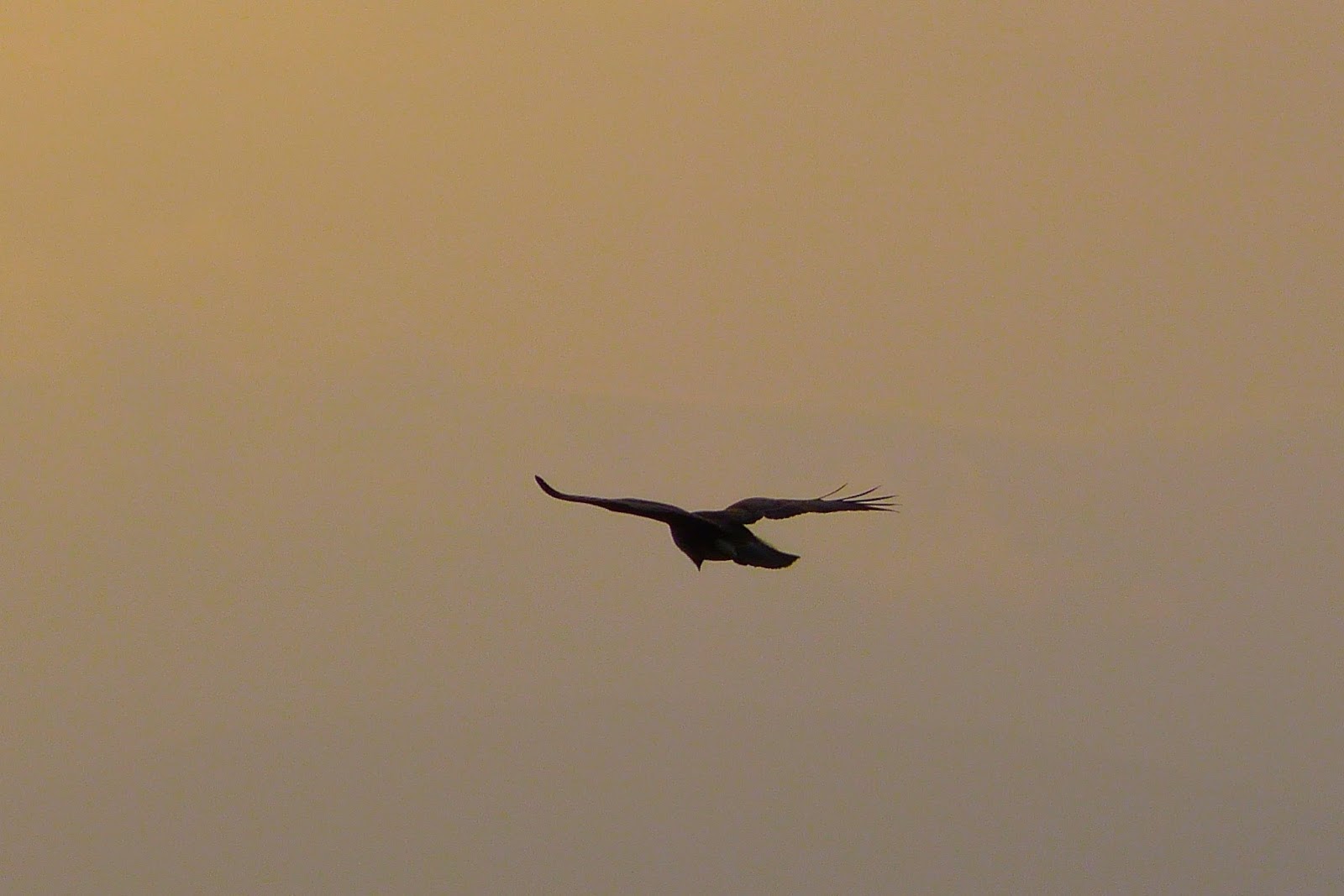 It's been a morning of raptors.  First, one of the two resident Ormsaigbeg buzzards hung itself in the brisk southeasterly that's blowing, silhouetted against the dawn.  Shortly afterwards, the kestrel we've been watching came and did the same, just to prove it was even better at it, but moved quickly on. 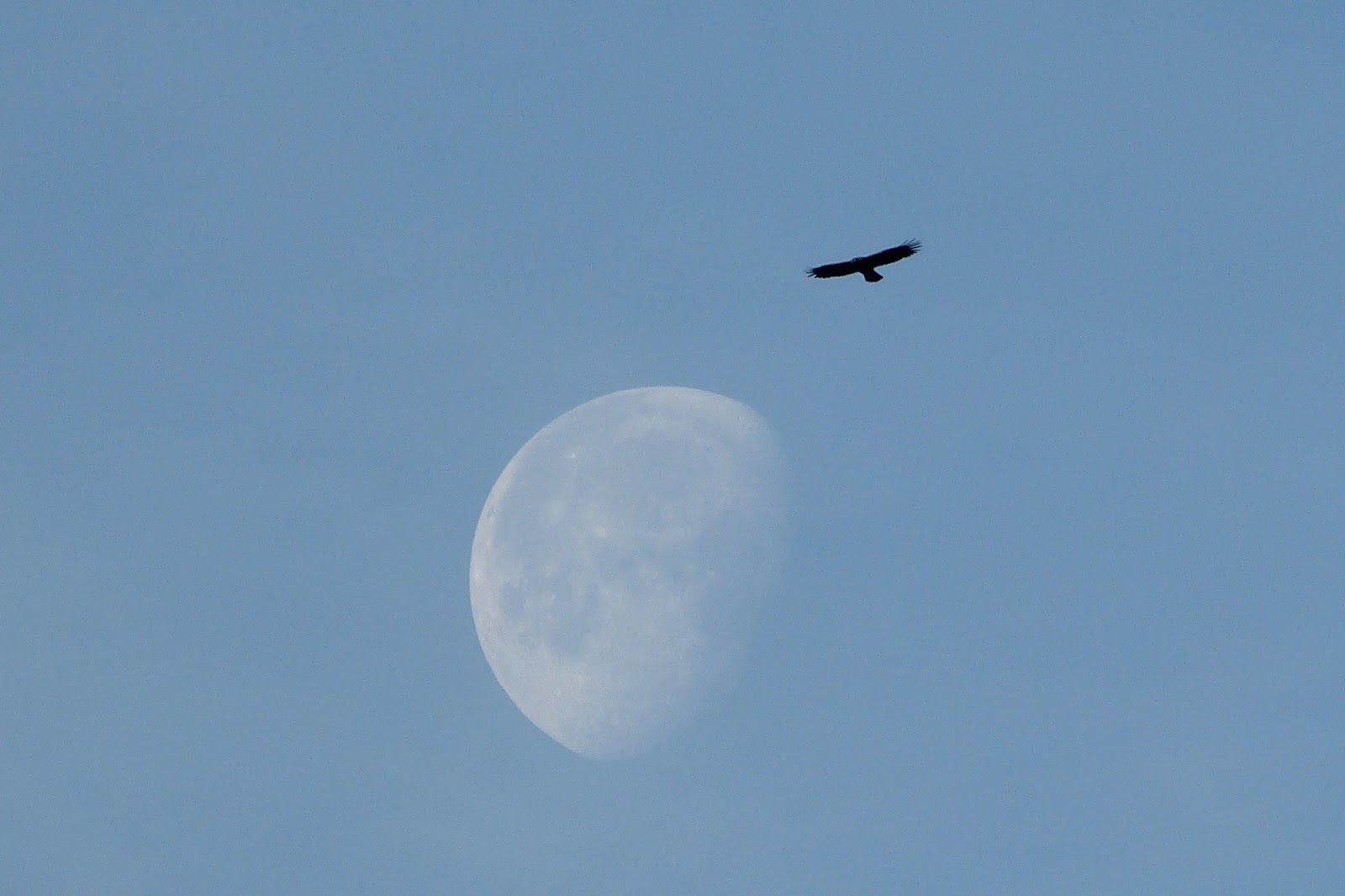 While walking back from the shop, we spotted this eagle, again making use of the steady breeze, soaring across a waning gibbous moon.  It was one of two, and they moved off westwards.... 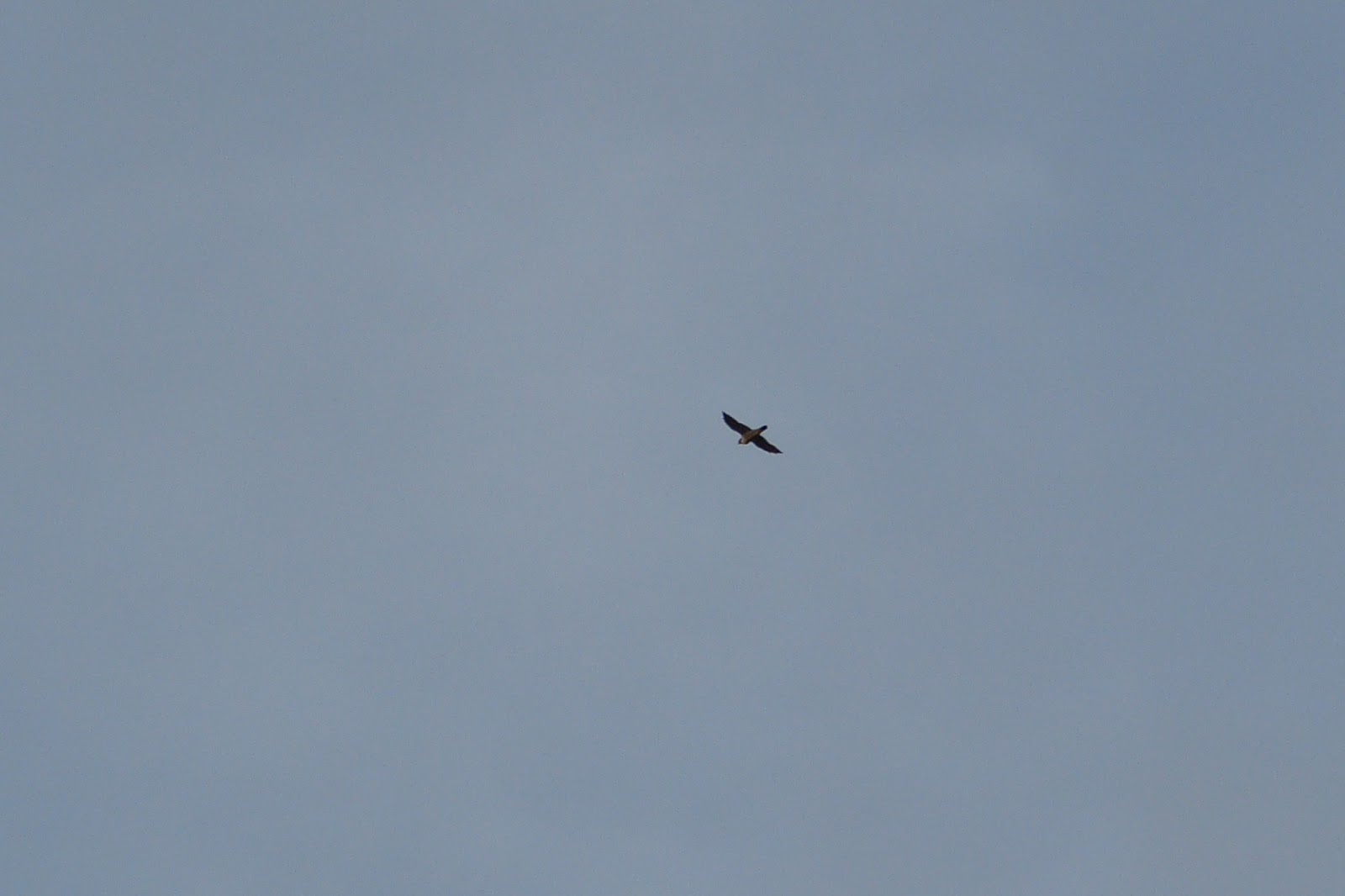 ....followed by this low-flying raptor which flew too fast for a good photo.  It might be that elusive merlin, it could be a peregrine. 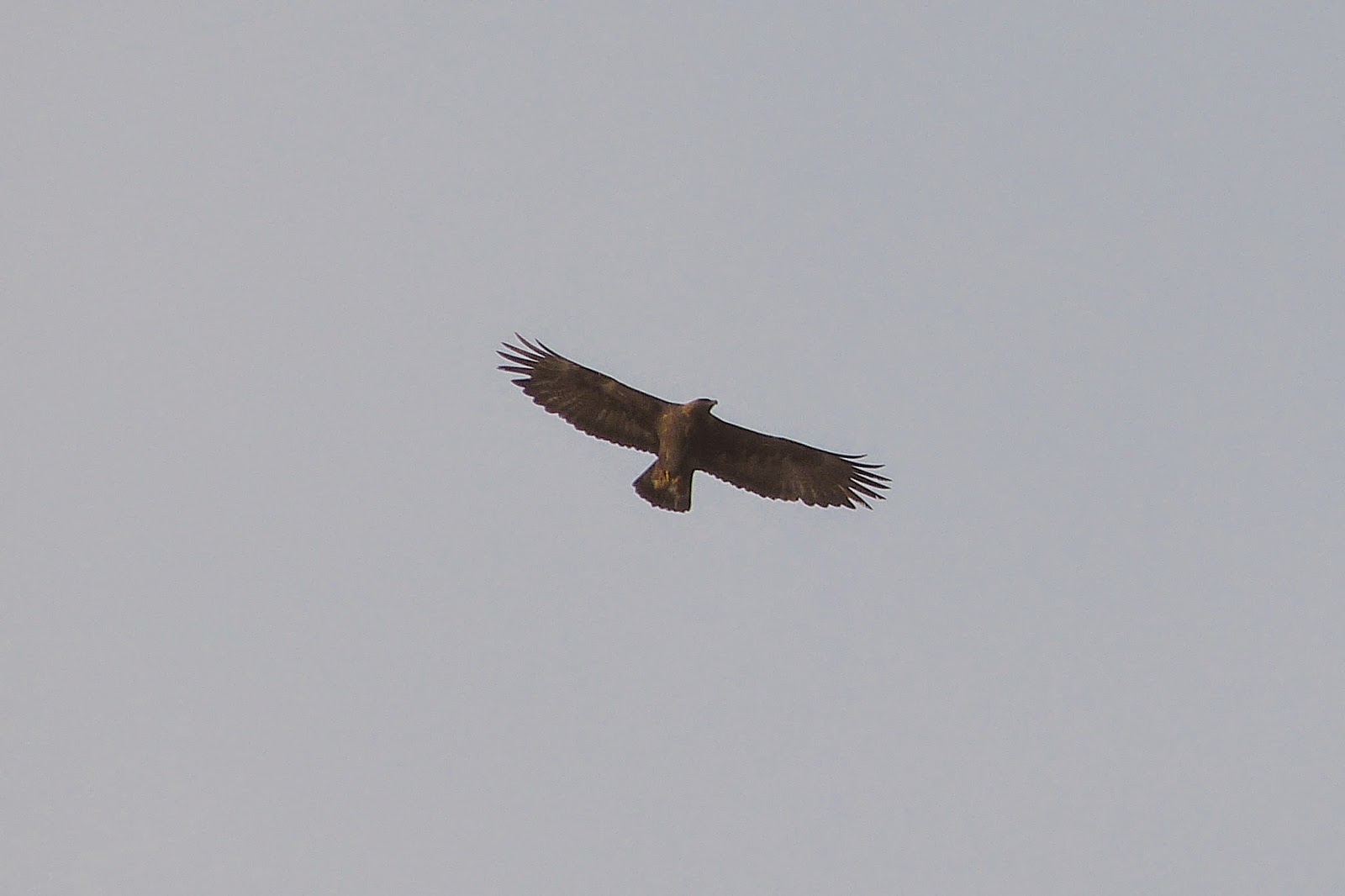 The eagles returned, much lower, passing almost overhead before finally disappearing behind the ridge line, a close enough pass for us to be fairly certain they were golden rather than sea eagles.
Posted by Jon at 10:43