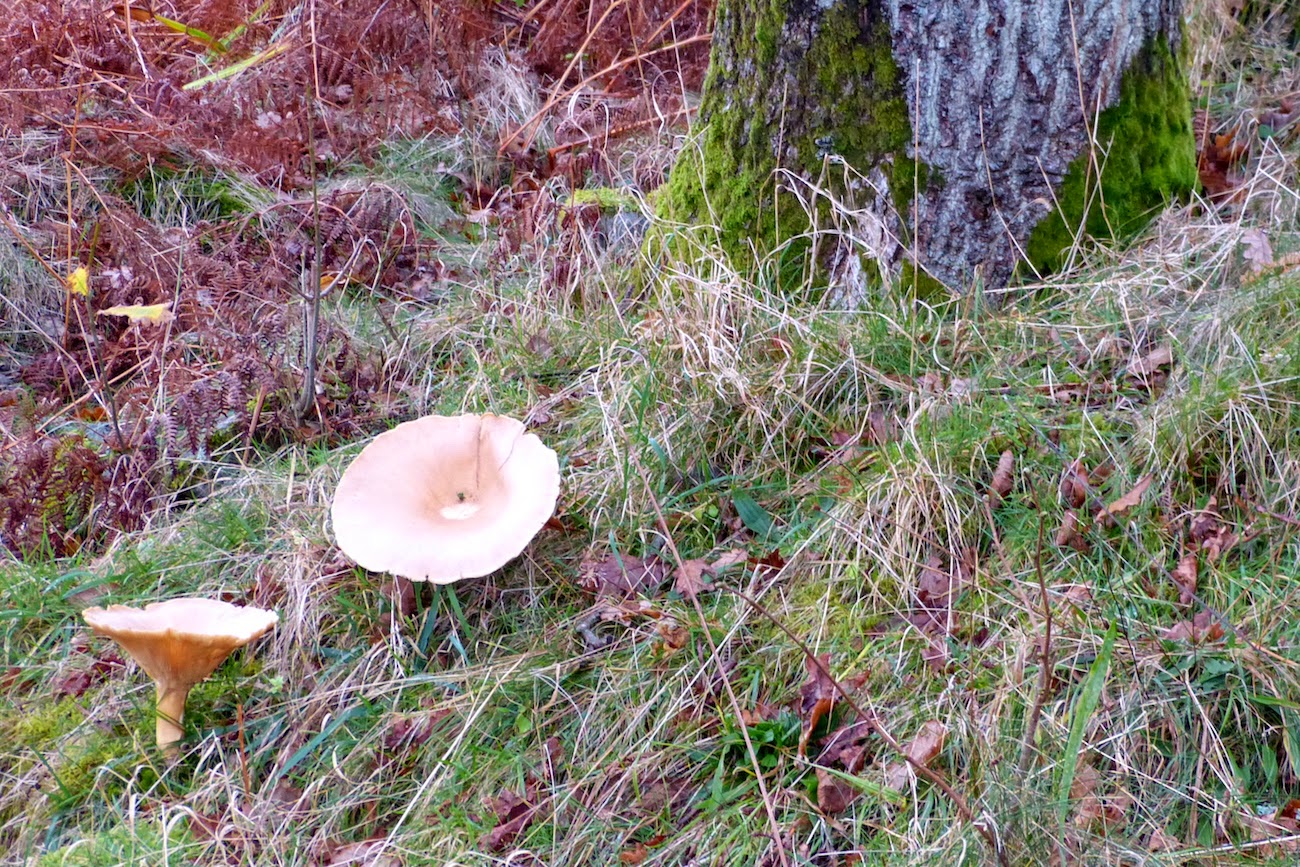 In Thursday's post - here - we found a fungus growing near Grigadale which we thought was a giant, but an even bigger one has appeared closer to home, just along the Ormsaigbeg road.  Half a dozen of these fungi are growing under an oak tree close beside the road. 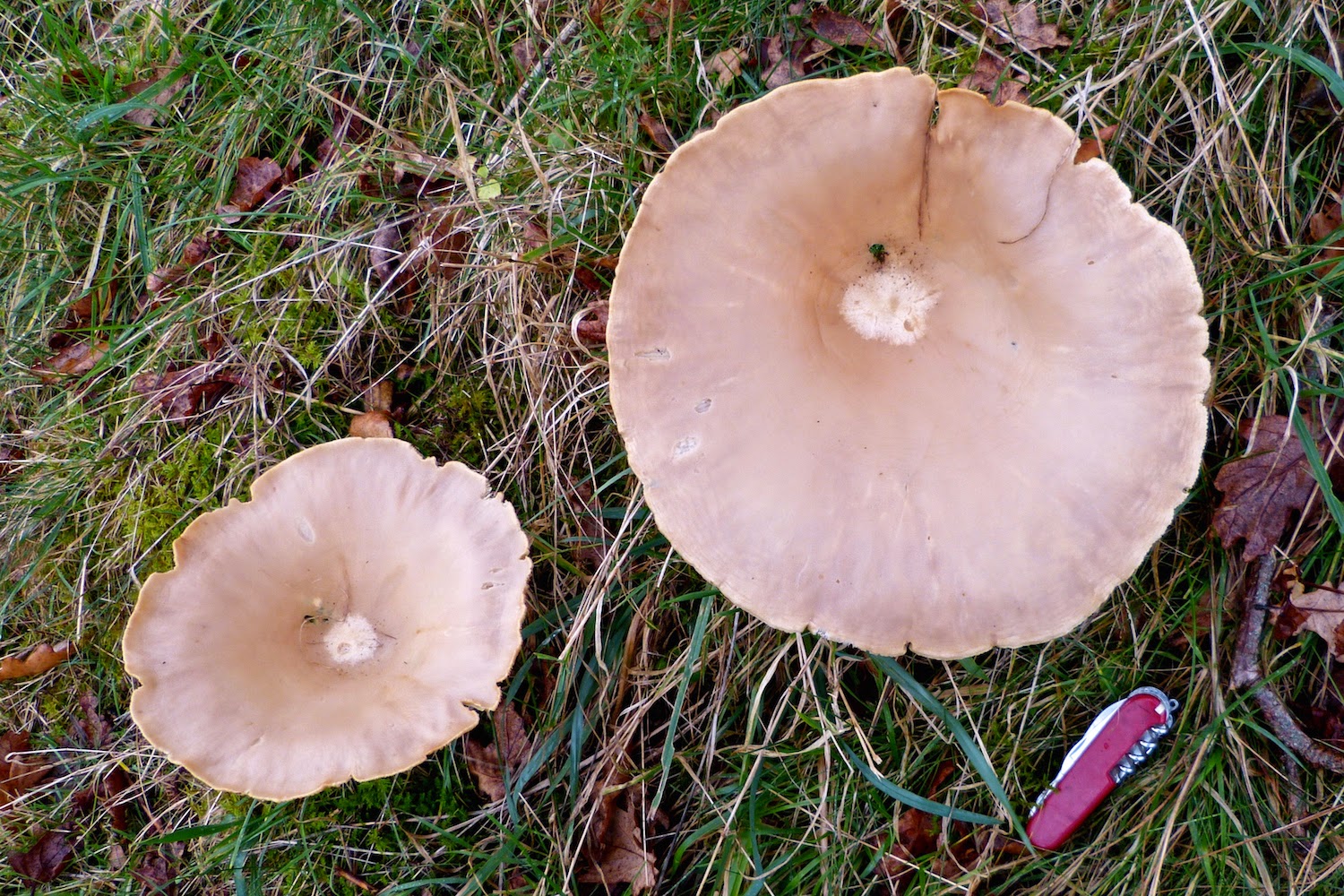 The Swiss army knife is 9cm long, so the bigger of these two is getting on for 25cm, 10" across.

Being anything but experts on fungi, we resorted to the internet where we identified it as probably belonging to the funnels, the largest of which is the giant funnel Leucopaxillus giganteus - described here.  It's said to be edible, although some people can get upset stomachs from it. 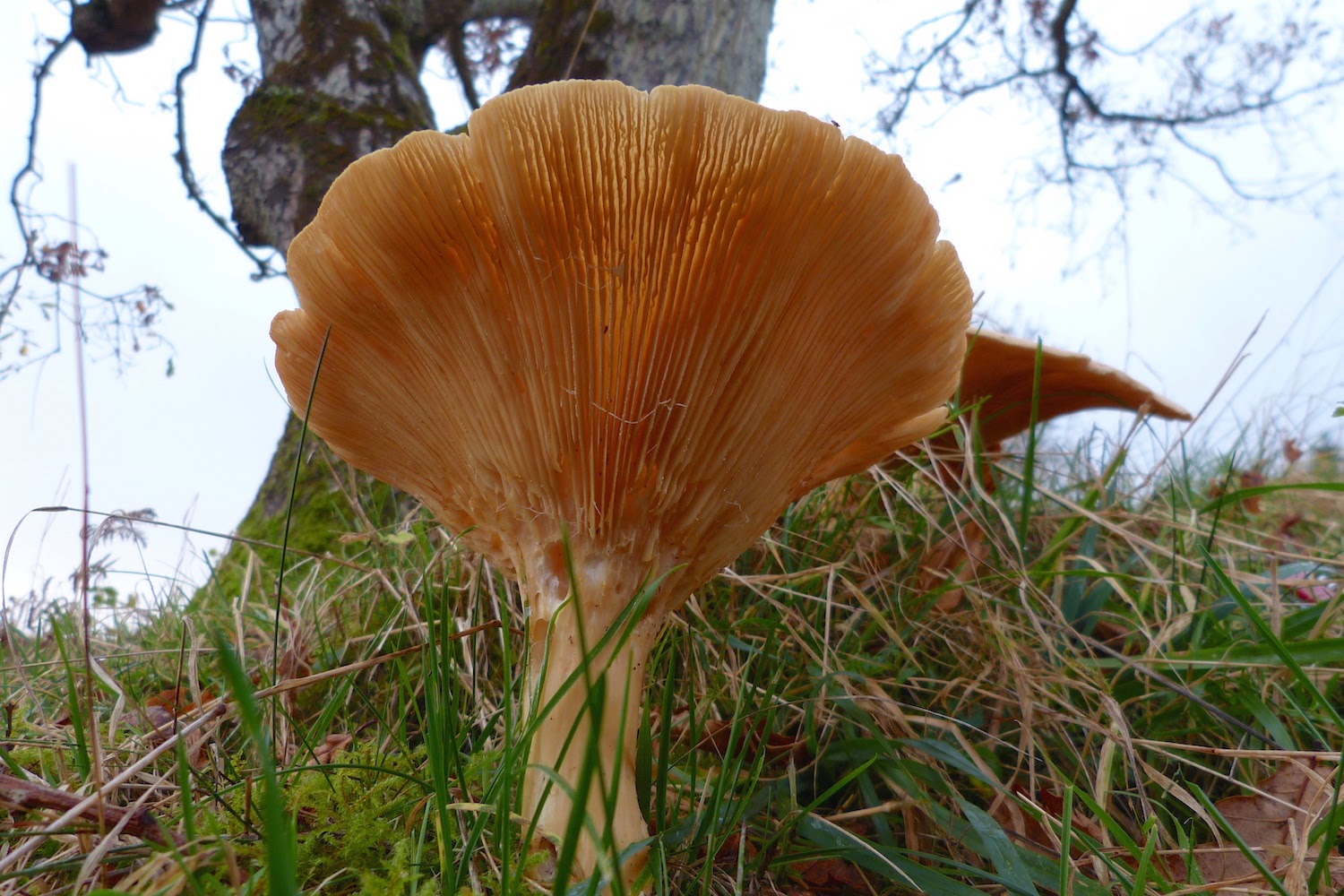 While the giant funnel is described as being ivory white on top but turning buff with age, the ones we found were darker underneath than in most photographs.  Never mind, giant funnel describes it perfectly.
Posted by Jon at 15:20